Accessibility links
How British Farmers Are Making Rapeseed (Canola) Posh And Flavorful : The Salt In the U.K., rapeseed is getting a royal treatment. It's called cold-pressing, and it's a method of processing the oilseed to bring out the best of its mustardy flavor.

How British Farmers Are Making Rapeseed (Canola) Posh And Flavorful

How British Farmers Are Making Rapeseed (Canola) Posh And Flavorful 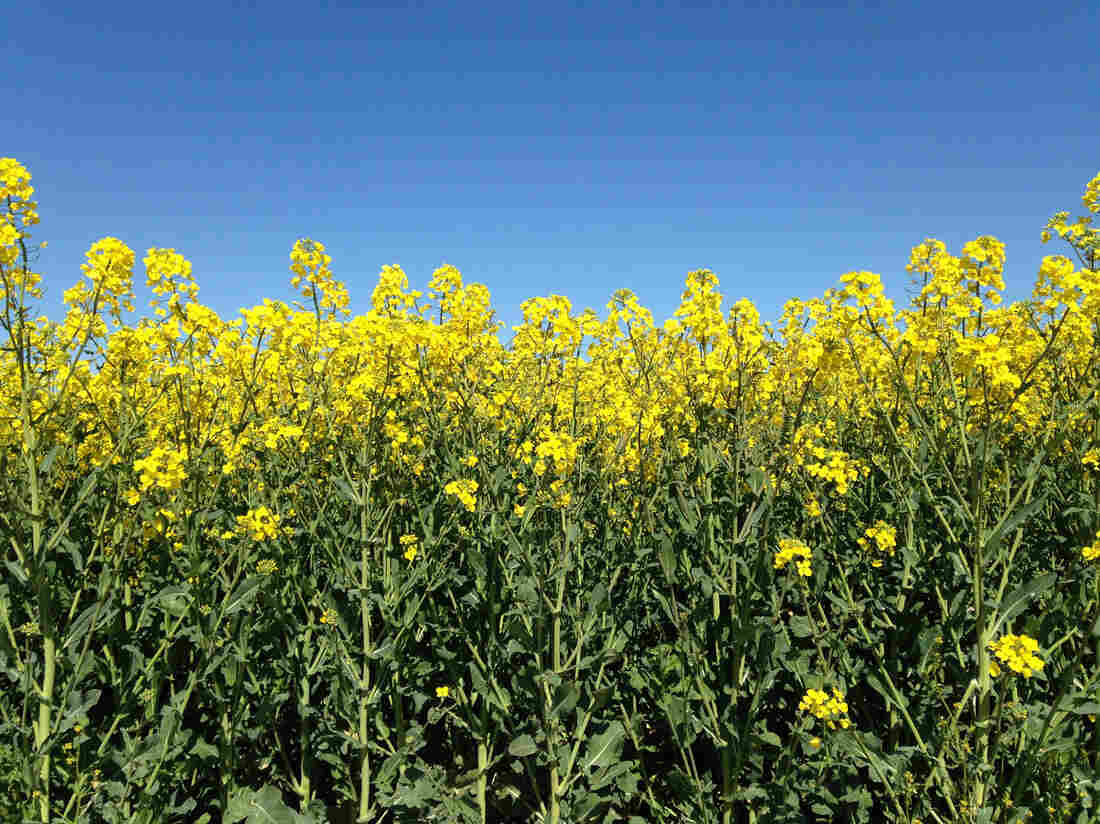 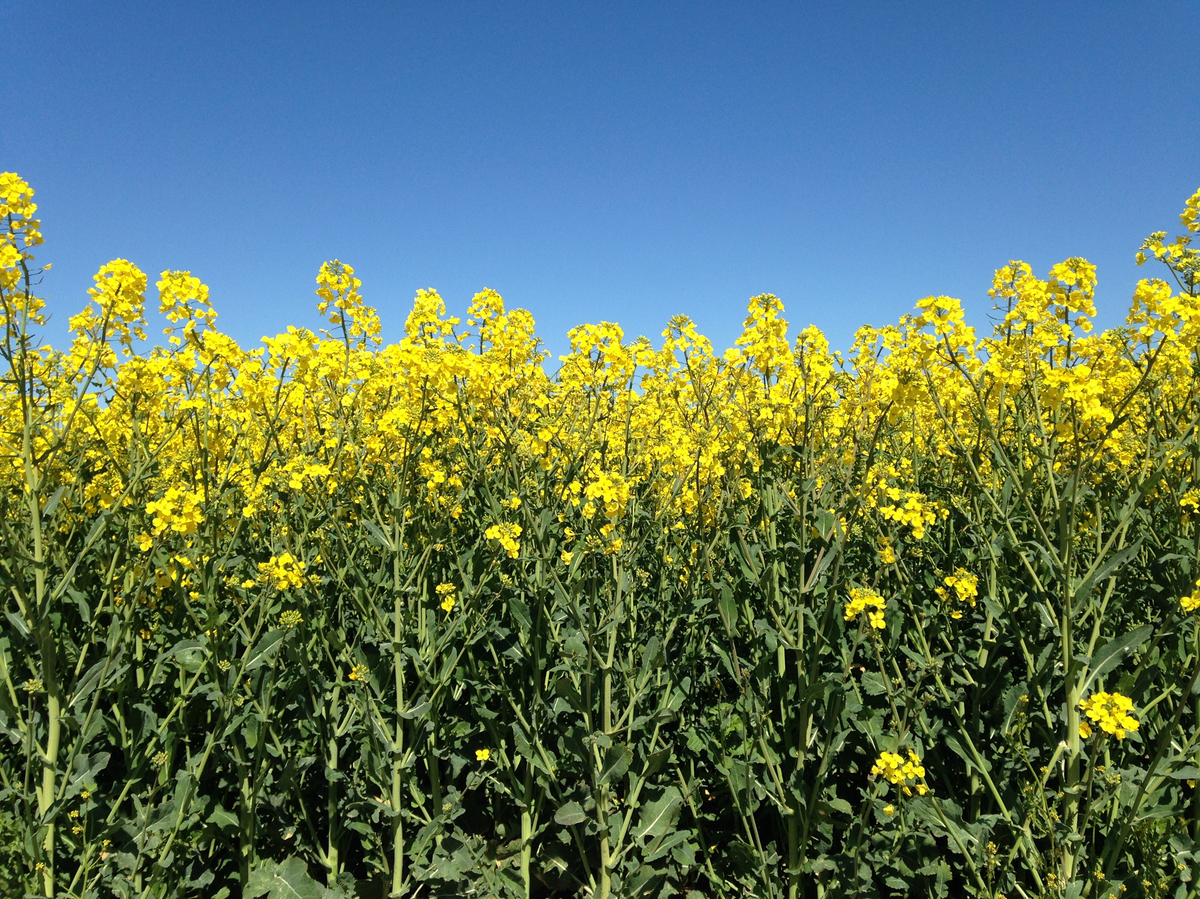 Rapeseed, an oilseed known in North America as canola, has a mild reputation as a cooking oil. Maybe that's because the version that most consumers know is a pale, neutral-flavored oil used for frying and baking.

But in the U.K., a more colorful and flavorful version has made its way onto store shelves: cold-pressed rapeseed that goes for £5-7 per 500 milliliters (about $9-12 for 17 fluid ounces).

This vibrant, mustard-colored oil goes by names like Farrington's Mellow Yellow, Sussex Gold and Summer Harvest. Some products are touted as "extra virgin," and there's a Cotswold Gold rapeseed infused with white truffle. You'll find them at London's Fortnum and Mason food hall. Even chefs like Jamie Oliver and Nigella Lawson have embraced the "national" oil, which is grown, processed and marketed by British farmers.

Third-generation farmer Algy Garrod uses it on his popcorn, to give it "a nice, creamy flavor," he explains while driving me through his bright yellow fields in Norfolk, in the east of England. In late April, they're in full bloom. 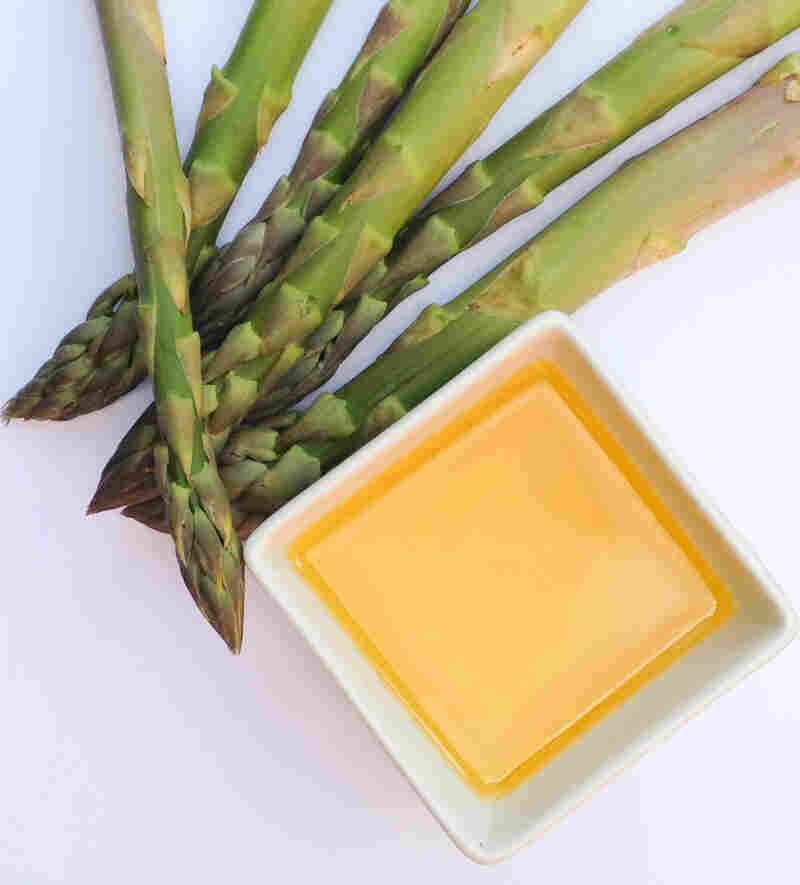 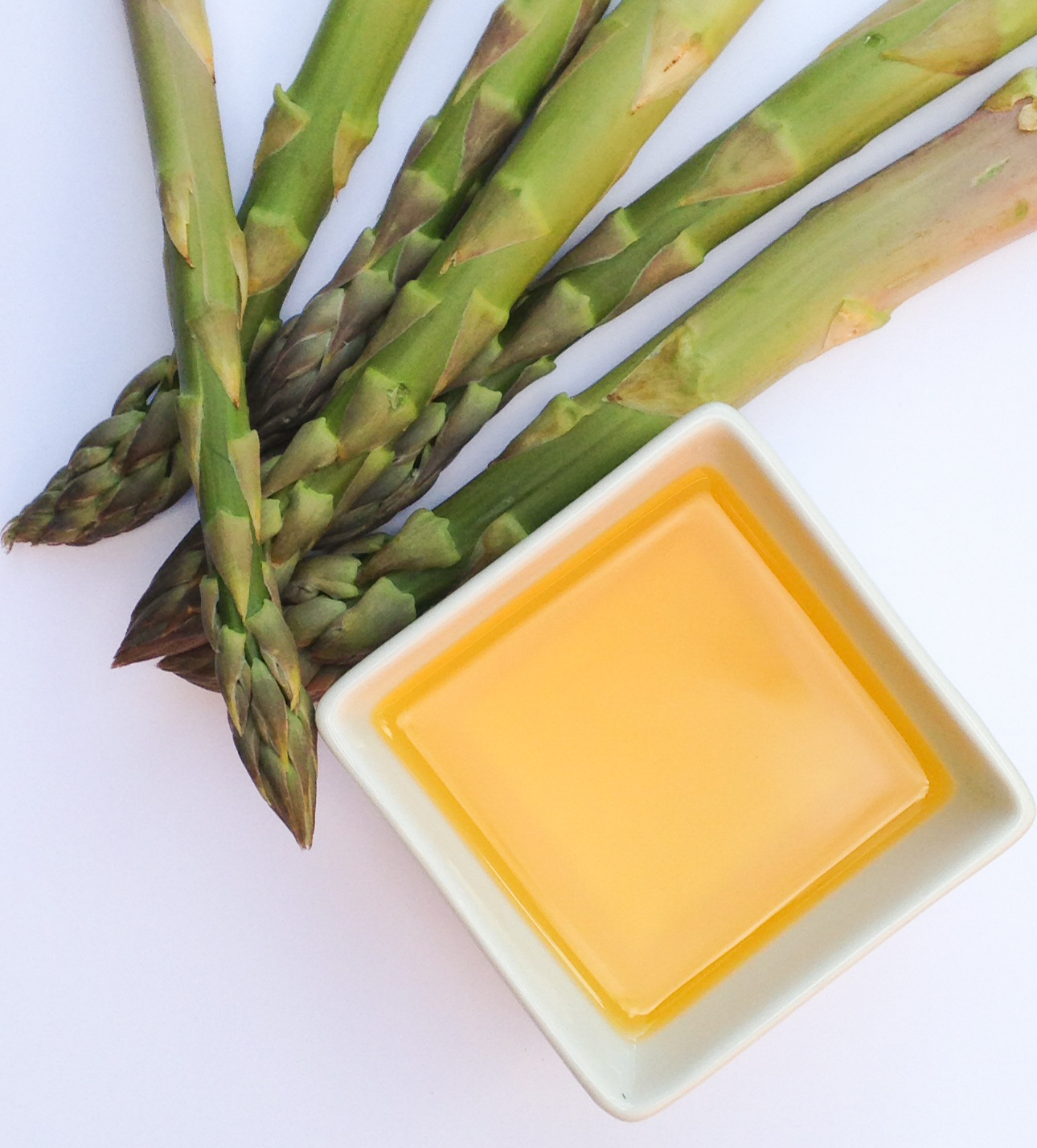 After harvest, all that rapeseed will be transformed into a golden, nutty oil a few miles away at Crush Foods, the family business started by Brendan Playford and his father about five years ago. They bottled their first cold-pressed oil at the kitchen table. Now, with Playford's university friend, Stephen Newham, Crush is run from the environmentally-minded Salle Park Estate.

But long before rapeseed became a cooking oil, it was an industrial oil used as a lubricant in Victorian steam engines and World War II ships. Back in those days, it wasn't even edible because it contained such high levels of erucic acid, which is toxic, and glucosinalates. Rapeseed, after all, is a brassica – a genus of plants that includes Brussels sprouts, mustard and broccoli – and it had a particularly high quantity of glucosinalates, which impart a flavor often described as "cabbagey," according to Paul Williams, a plant pathologist at the University of Wisconsin.

In the 1970s, Canadian scientists brought these levels of erucic acid and glucosinalates almost to zero through plant breeding. And they were so proud of their creation, which also had the lowest level of saturated fat (7 percent) of any vegetable oil, they gave it a new name: canola, a contraction of Canada and ola, meaning oil.

This type of "double low" rapeseed is what we eat on both sides of the Atlantic, explains University of East Anglia's crop geneticist Rachel Wells.

But there are three key differences. The Europeans never adopted the name canola. And once genetically modified, herbicide resistant canola seeds were developed in 1995, North American farmers started planting mostly those, while European farmers stuck to the non-GMO rapeseed. (Today, 80-90 percent of the canola sold in the U.S. is GMO, while GMO rapeseed is banned across the European Union.)

Another key distinction of the artisanal — and more flavorful — rapeseed now available in the U.K. is how it's processed.

According to Playford of Crush in Norfolk, most rapeseed oil maintains its consistency by being processed and filtered in an intensive way that erases the muddled flavors resulting from seeds sourced from a range of different farmers. This is also true for the pale oil that dominates the American canola market.

But Crush and many other companies springing up around the U.K. and in other parts of Europe are cold pressing the seeds, just as with a high-quality olive oil. "When you cold press all you're doing is squeezing the oil out of the seeds very slowly at a temperature of no more than 40 degrees Celsius [104 Fahrenheit]," says Playford. "That keeps all the vitamin E, all of the flavor, every constituent compound that is in the oil completely intact."

And whether farmers are planting GMO or non-GMO rapeseed, most choose the "double low" varities that produce the greatest yield. But those aren't necessarily the ones that will create the best-tasting oils.

Crush's Playford and Newham think like single-malt whisky distillers and pay a premium to farmer Algy Garrod to get a rapeseed variety with a unique and appealing taste. Varieties "can range from tasting like fish to tasting like grass to tasting like cabbage," Playford tells The Salt.

"It's taken a lot a lot of time and research to find a seed variety that tastes like ours does," adds Newham. "We pride ourselves on the fact that it's a single variety." That allows Crush to keep a more consistent taste than if they would have to rely on a blend. And it keeps home cooks happy as well as the chefs who have to turn out hundreds of plates all tasting the same.

Many feel it keeps the British farm economy happy as well. In an era of local food love, rapeseed is celebrated as the new "British olive oil."

With the U.K. general election just days away, the National Farmers Union has created the "Great British Food Gets My Vote" campaign to encourage a commitment to domestic products. British culinary rapeseed oils provide a domestic alternative to imported olive oils from Italy, Greece and Spain.

The high-end rapeseed oils "are very important to farmers," says Guy Gagan from the NFU. "It's a local product, more or less in every town in England. It's a way for farmers to add value to their crops, so it's important to buy them rather than importing from outside the U.K."

Anne Bramley is the author of Eat Feed Autumn Winter and the host of the Eat Feed podcast. Follow her on Twitter @eatfeed.