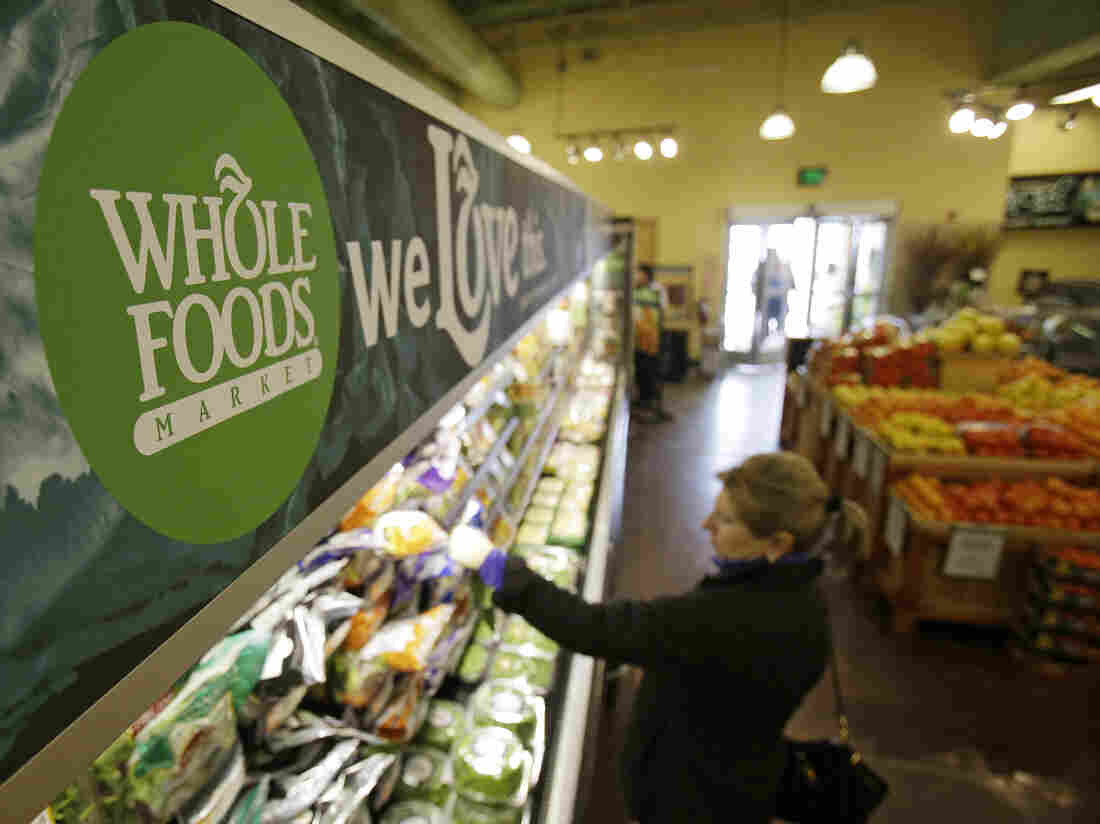 A woman shops at the Whole Foods Market in Woodmere Village, Ohio, on March 27, 2014. The grocery chain has become known for its high-priced food and says its new chain will offer "value prices." Tony Dejak/ASSOCIATED PRESS hide caption 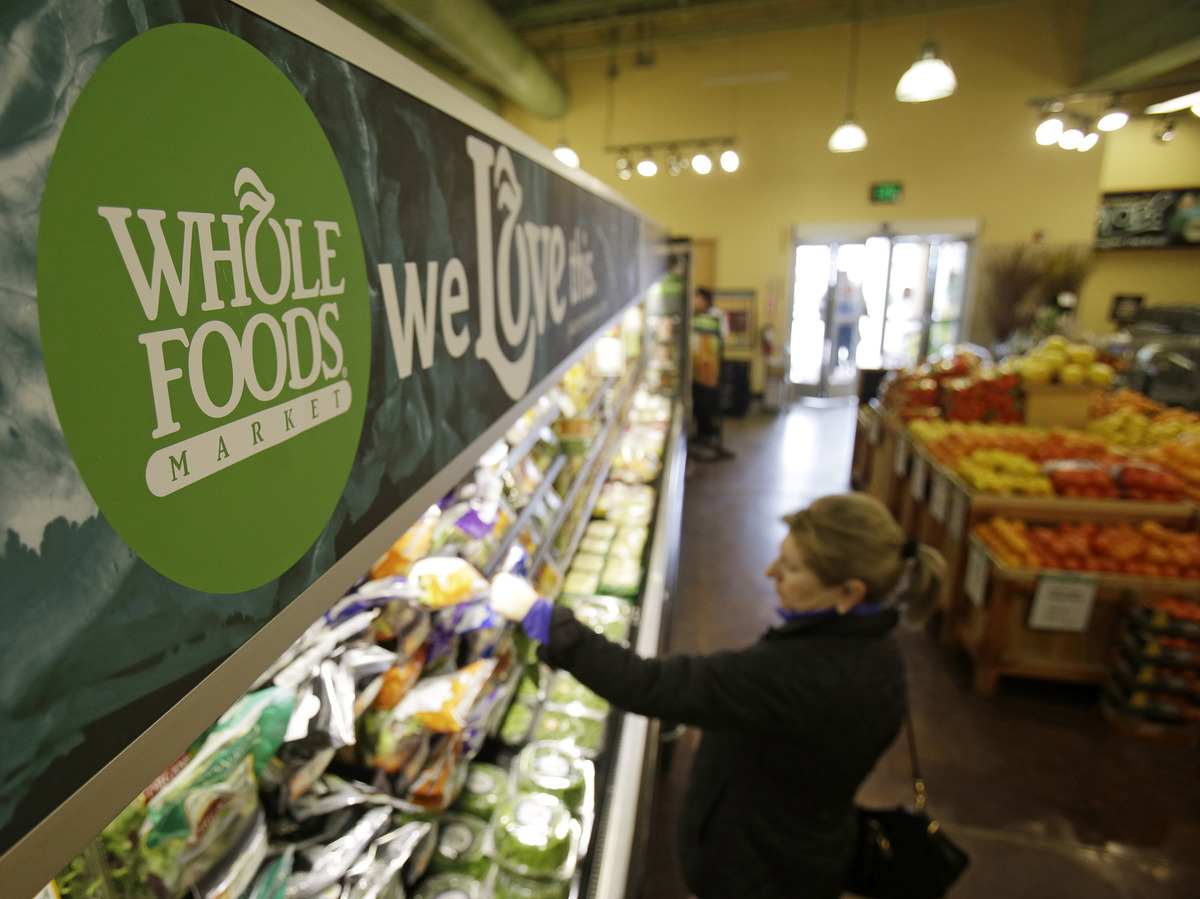 A woman shops at the Whole Foods Market in Woodmere Village, Ohio, on March 27, 2014. The grocery chain has become known for its high-priced food and says its new chain will offer "value prices."

Upscale grocery store chain Whole Foods (often referred to as "Whole Paycheck" because of its high prices) announced this week that it's launching a new offshoot brand — with lower prices — to appeal to younger, millennial shoppers.

Walter Robb, co-CEO of Whole Foods, says it will be a "uniquely branded store concept unlike anything that currently exists in the marketplace" with "value prices ... a modern, streamlined design, innovative technology and a curated selection."

The news comes just as the company touted a 10 percent sales increase to $3.6 billion, and an earnings per share increase of 14 percent over the prior year. At the same time, Whole Foods disappointed investors by missing its profit estimates for the second quarter and by reporting lower than expected same-store sales, as NPR's Brian Naylor reported.

But Anthony Dukes, a marketing professor at the University of Southern California's Marshall School of Business, says the announcement may have more to do with combating stigma than with any current revenue figures.

"Whole Foods has come under criticism for having high prices, the famous 'Whole Paycheck' idea of Whole Foods — charging prices that a lot of people can't afford," says Dukes. "And that's not been particularly good for Whole Foods' image. That price issue has been a thorn in their side. And if that's keeping some people away, because they feel it's too expensive, that new format addresses that issue."

Dukes also says Whole Foods' move is in line with recent trends in the grocery industry. "Grocery has done a really good thing in the past decade or so in regard to understanding this notion of curation, and segmenting, and fine-tuning their assortment to what customers like," says Dukes. "It used to be that grocery stores would survive and compete based on location — just have everything anybody in your location might want."

Now, he says, grocery stores are realizing they can offer different experiences for different customers: those who want an upscale setting and high prices, and others who prefer lower prices.

Dukes says doing that well, though, takes effort, and the challenge will be doing it in a way that doesn't make current Whole Foods shoppers jump ship for its cheaper offshoot. He points to automaker Toyota, which launched its Scion car line to shake its baby boomer image and appeal to younger consumers with less money to spend.

Scion works, says Dukes, because it successfully differentiated from Toyota. "It's [Scion's] actually ugly to the people who buy a conventional Toyota," says Dukes. "And that was the way that they could reach this new market without cannibalizing their existing one, because people who bought a Toyota wouldn't be caught dead driving a Scion."

College student Skylar Bowman, 22, is outside of a Whole Foods in West Los Angeles. Stepping into her Mini Cooper and holding a kale, flax seed, almond milk, spinach and honey smoothie, Bowman says she'd give the new chain a shot. But, she says she wants the stores to keep the Whole Foods "vibe."

"I love the community, I love the energy, the people who work at Whole Foods, so I hope that transitions," she said.

But Bowman, who's paying her way through college, admits that she buys staples at other grocery stores, like Trader Joe's, and only comes to Whole Foods for special smoothies, and other items she can't get anywhere else.

Just down the road at competitor Trader Joe's, 27-year-old shopper Bridgette Williams says, "When I think Whole Foods, I think I'm going spend a lot of money, so I don't go there."

Whole Foods has yet to announce a name for the spinoff. Our unofficial poll in several grocery store parking lots gave us two good options: Wholer Foods and Half Foods. Of course, the company could just riff off its ongoing joke, and call the new chain "Half Paycheck."

The company says it's currently negotiating leases and building a team for the new chain. And it plans to open stores next year.