Accessibility links
Taking Mom Out For Brunch? It's A Feminist Tradition : The Salt The right to dine out in public alone during the day was an early victory of the women's rights movement of the 1900s. And in post-war America, brunch became an exercise in women's lib for some. 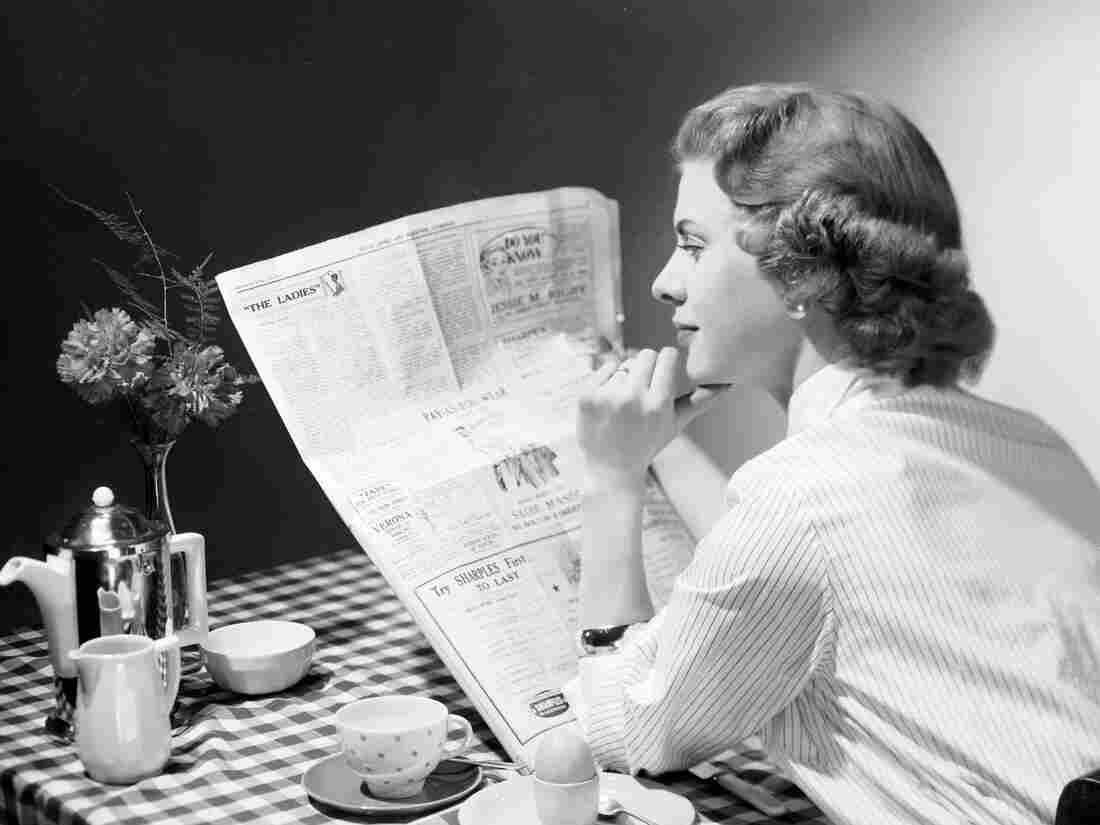 The right to dine out alone in public during the day was an early victory in the women's rights movement. And as brunch took off in post-war America, for some, it became an exercise in women's lib. Chaloner Woods/Getty Images hide caption 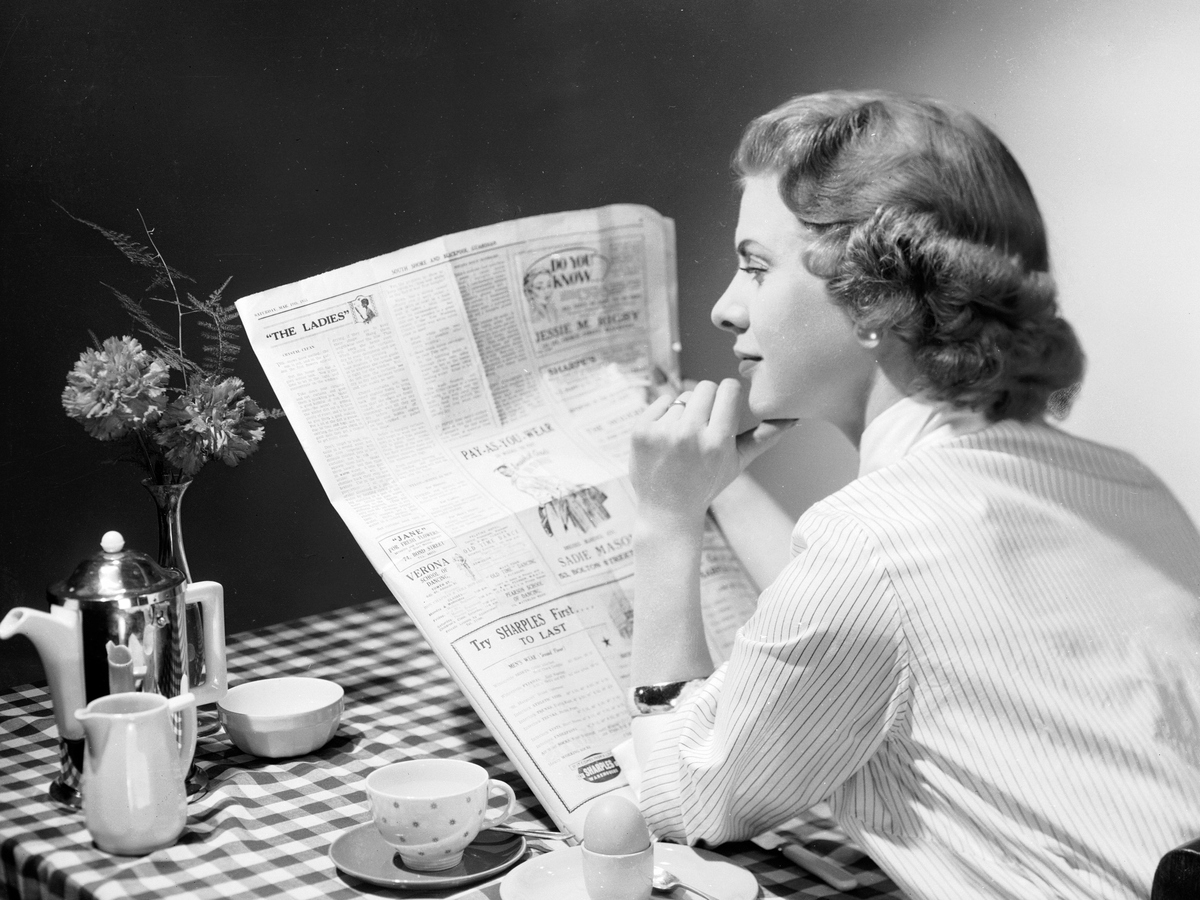 The right to dine out alone in public during the day was an early victory in the women's rights movement. And as brunch took off in post-war America, for some, it became an exercise in women's lib.

More than a quarter of American adults will dine out this Mother's Day – and most of them will opt to fete Mom with a breakfast, lunch or brunch out. If this describes your plans, guess what? You're honoring a feminist tradition.

The right to dine out in public during the day was an early victory of the women's rights movement at the turn of the 20th century, says Lisa Stoffer, the co-author of Repast, a book that examines the dawn of modern dining during that era.

"It was part of a larger set of changes in society that accepted the idea that women could be public people," Stoffer tells The Salt. "Some of the early lawsuits around women being able to eat in public without chaperones came from people involved in women's voting rights."

While women had long visited each other for tea and company in the home, the idea of a woman eating out at a restaurant, unaccompanied by a man, was seen as downright scandalous.

But if you were one of the many working-class women flocking to cities for jobs in factories during this era, and you didn't bring your lunch from home, your options were limited. As Stoffer writes in Repast, "few, if any, places were convenient, affordable, and met middle-class standards of feminine decency."

Quick-lunch counters were cheap but crowded, and while working-class women were sometimes welcome, they frequented them at the peril of their reputation, since noshing there left the unseemly possibility of being squished between members of the opposite sex. Upper-class ladies had a few more options, like tea rooms and department store eateries, which catered to monied women, but if they wanted to dine at the finest restaurants unchaperoned, they were out of luck, too. (And forget about going out at night: Only women of ill-repute did that.)

In the midst of the suffragist movement, feminists of the era decided enough was enough. According to Repast, in 1907, Harriot Stanton Blatch – daughter of famed suffragist Elizabeth Cady Stanton, and a women's leader in her own right — and Hettie Wright Graham sued the fashionable Hoffman House restaurant for refusing to seat them.

Though an all-male jury found in favor of Hoffman House, not long after, a New York assemblyman introduced an (ultimately unsuccessful) bill that would have allowed women "equal accommodations with men" in public places, revealing a shift in public perception. There was no single turning point in the fight for equal dining, but by 1908, Stoffer writes, keeping women from eating out without a male escort began "to be seen for what it was: an antique, preposterous, and ultimately untenable custom."

The ties between daytime dining out and "women's liberation" became reinforced with the rise of brunch in America beginning in the 1930s.

"From the 1930s to 1970s, brunch was being marketed as a meal that was saving time and money" because it combined two meals into one, says Farha Ternikar, author of Brunch: A History. Most of this marketing, she says, was seen in an explosion of brunch cookbooks and new food products hoping to get mom to try out a new ingredient or recipe.

The concept of Sunday brunch took off amidst a general loosening of social mores in post-World War II America. People were going to church less, which meant the chance to sleep in more and start the day with a late breakfast. Restaurants and hotels pushed brunch as a way to drum up new business. By the 1950s, brunch had also trickled into the home. As the rules for Sunday relaxed, so, too, did the meal schedule.

"Americans didn't need to have three formal meals on Sunday anymore," Ternikar says. And serving their families brunch, followed by a light supper later, was seen as liberating for women, she says: It meant one less meal to prepare, at a time when married women were typically spending two hours a day cooking and cleaning. (This compares to about five hours a week today.)

Restaurants were quick to capitalize on this advantage for Mom in their brunch marketing. As early as the 1940s, newspapers like The New York Times were advertising Mother's Day brunch specials at various restaurants.

The marketing around "Mother's Day was about really treating your mom and giving her a break from domestic chores," says Ternikar. Taking the luxurious step of brunching at a restaurant eliminated the cleanup that might fall mom's way if, say, the kids decided to make pancakes at home.

But even for those women without children, brunch became a sort of public expression of women's lib. As Ternikar writes, "By the 1960s, ladies who brunched were often the ladies who worked Monday through Friday." The weekends were when they got to socialize and spend their hard-earned money.

And for single ladies, brunch also provided an excuse to bend long-held social norms. As the longtime Cosmopolitan editor Helen Gurley Brown wrote in Single Girl's Cookbook, published in 1969, "Brunch is a wonderful way for a single girl to entertain."

Terniker says Brown's book gave young, single women permission to partake in daytime drinking through brunch cocktails like the mimosa and — brazenly — included recipes for gentleman callers who may have remained from a date the night before. Indeed, as a "newfangled" meal, unburdened by a long history of rules of etiquette, brunch was in the perfect position to break social norms.

These days, of course, brunch itself has become a norm, particularly on Mother's Day — fittingly, it's now the most popular day to dine out of the year.