Accessibility links
In 'Organic Life,' The Making Of America's First Certified Organic Restaurant : The Salt Nora Pouillon writes about her lifelong devotion to food in a new memoir, My Organic Life. Her restaurant has been a fixture in the Washington, D.C., food scene since 1979. 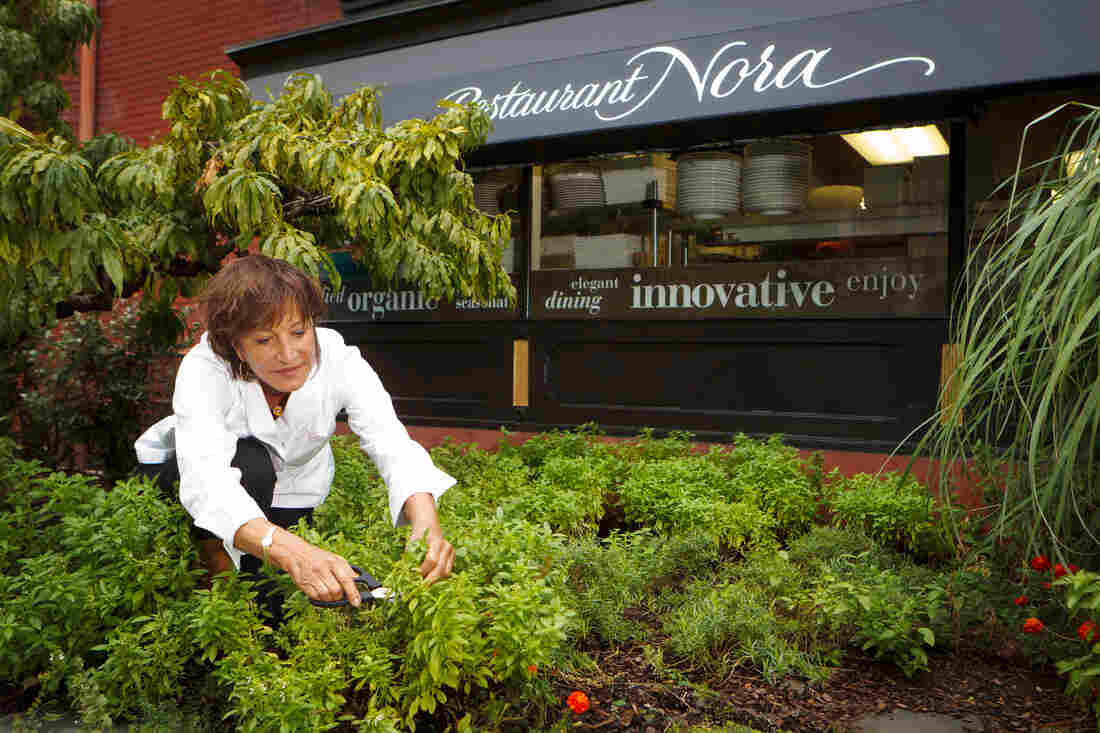 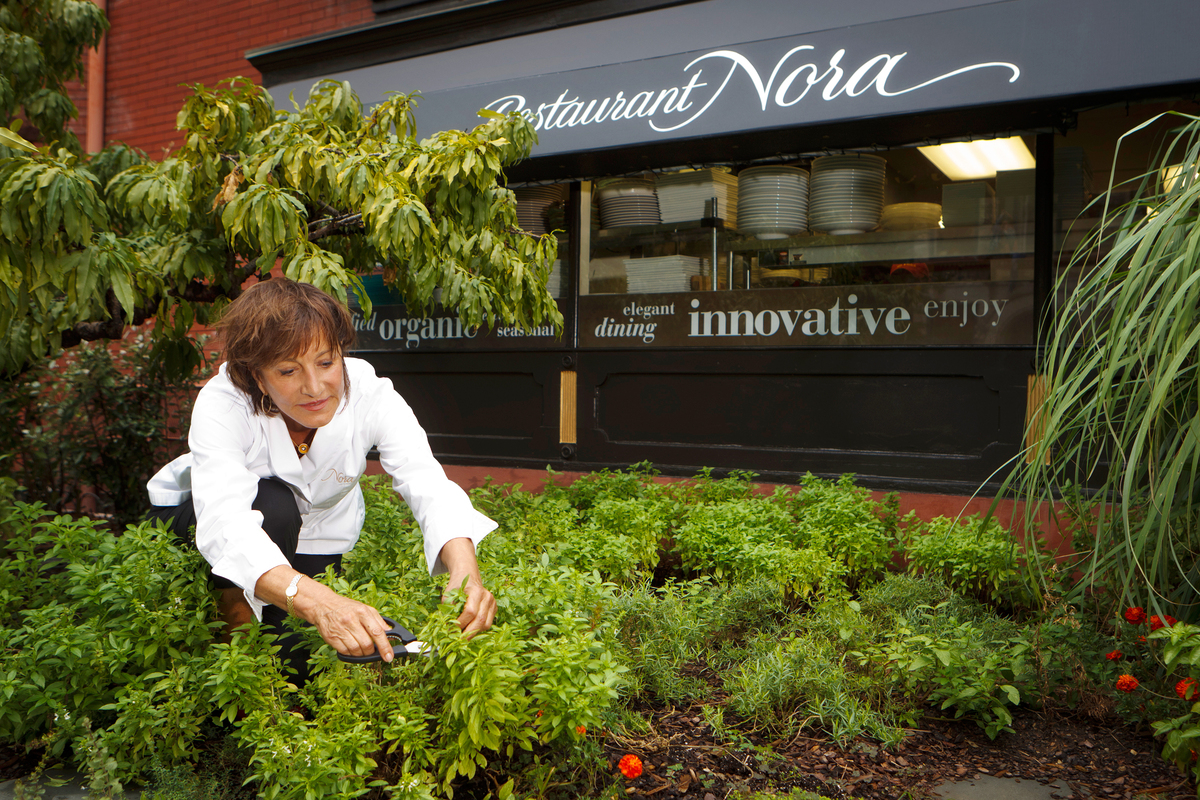 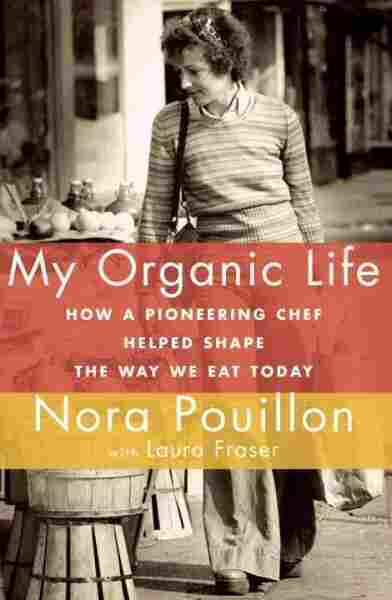 How a Pioneering Chef Helped Shape the Way We Eat Today

by Nora Pouillon and Laura Fraser

When restaurateur Nora Pouillon moved to the United States from Austria in the 1960s, she was surprised by how hard it was to get really fresh food. Everything was packaged and processed. Pouillon set out to find the find the best ingredients possible to cook for her family and friends. She brought that same sensibility to her Restaurant Nora, which eventually became the first certified organic restaurant in the country.

Pouillon writes about her lifelong devotion to food in a new memoir, My Organic Life: How A Pioneering Chef Helped Shape The Way We Eat Today.

Restaurant Nora is tucked into an old brick building on a busy corner in the nation's capital. An herb garden takes up part of the sidewalk outside the restaurant.

Pouillon traces her interest in food back to her earliest years when she lived on a farm in the Alps during World War II.

"This time showed me how food is like a treasure and how difficult it is to grow and raise food enough to feed you and your family all year round," she says. "And it gave me a big respect for food."

Today Pouillon channels her passion for food into her restaurant, which has been a fixture in the Washington, D.C., food scene since 1979. When Pouillon was getting ready to open the restaurant, she was introduced to then reigning power couple of that era, Washington Post editor Ben Bradlee and his wife, journalist Sally Quinn. They agreed to invest in the restaurant, but Pouillon says Quinn offered a word of warning:

"I told them ... that I really wanted to do natural food and she said, 'Just don't tell them that it's health food because people hate health food; they think it's bad.' So anyway, I just called it 'additive-free food," Pouillon says.

Natural food, Pouillon says, was the norm when she was living in Europe. But when she moved to this country as a young wife, she had to search for fresh ingredients wherever she could find them, mostly in small ethnic markets. And when she got started in the restaurant business, she tracked down local farmers who could supply the ingredients she needed.

Pouillon is still at the restaurant every day, which begins when she meets with her chefs to discuss what is needed for that day's service.

Restaurant Nora was certified as an organic restaurant in 1999, meaning 95 percent of all ingredients including seasonings and condiments have to be organic. Sometimes, says Pouillon, that can be challenging.

"It's a big problem that I run often out of things because the farmer didn't deliver what he said he would because the beetles ate [it] or the frost came or it was too wet ... and because of my upbringing I understand that. But it drives my chefs nuts," she says.

As the kitchen staff is prepping food for the day, Chef James Martin and Pouillon go over food orders.

The food scene in this country has changed radically since Pouillon first moved here: Farmers markets have sprung up all over, supermarkets now carry fresh vegetables and organic meats and the farm-to-table movement is increasingly popular. In fact, Pouillon says sometimes differing approaches to natural foods seem to compete with each other.

"People always ask me: What is better, organic or local? And I say, well there's nothing wrong with being local and organic," she says.

Now in her early 70s, Pouillon says she feels her life has come full-circle since those early childhood days when she first learned to respect food, and the work it takes to raise it, cook it and serve it.

In a previous Web version of this story, the headline called Restaurant Nora "America's first organic restaurant." The headline should have specified the first certified as organic. The earlier story misspelled Nora Pouillon's last name.