Nick Strawhecker makes the gnocchi for his Braised Chicken Soup with Potato Gnocchi and Morel Mushrooms, a recipe featured in New Prairie Kitchen.

Think local Nebraska food, and Omaha's famous steaks may come to mind. The Great Plains are indeed an agricultural powerhouse when it comes to commodities like feed corn, soybeans, beef and pork. 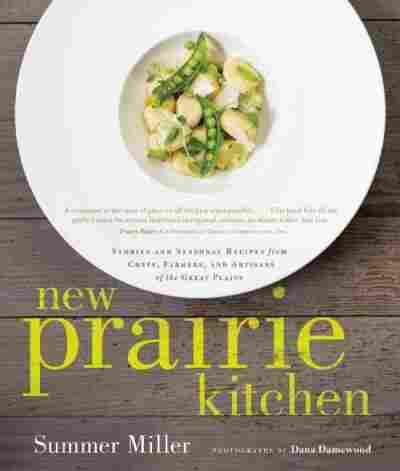 Stories and Seasonal Recipes from Chefs, Farmers, and Artisans of the Great Plains

by Summer Miller and Dana Damewood

But as food journalist Summer Miller tells Meghna Chakrabarti of NPR's Here & Now, there's much more on offer these days in Nebraska, as well as in its Great Plains neighbors Iowa and South Dakota.

A thriving food culture of restaurants, artisan food products and locally-grown produce is helping transform what she calls the "Old Prairie" cuisine into "New Prairie."

Her book, New Prairie Kitchen: Stories and Seasonal Recipes from Chefs, Farmers, and Artisans of the Great Plains, features many local foods as well as stunning photographs of the producers and chefs revitalizing them.

"One of the reasons we called the book 'New Prairie' was this idea of merging the two: the old preconceived notions with what we've evolving and what we're coming into from a cuisine perspective," she says.

The chefs Miller has met in the region are learning how to showcase local ingredients like like bison, morels, sunchokes and black walnuts, which Miller says, are more bitter and distinct from more common English walnuts. There are also farms like Rhizosphere in Missouri Valley, Iowa, "known for providing impeccable vegetables packaged so beautifully it feels like Christmas every time a box is opened," she writes.

It's all about "having this great value sense of what we can produce with what we have in our own communities — we don't have to look elsewhere all the time," she says.

Among the most appealing summer recipes Miller has collected is one from Chef George Fromaro of Centro restaurant in Des Moines for Sweet-Corn Chowder with Bacon and Sweet-Corn Salsa." It's made from a different kind of corn than what most of the region's farmers are growing.

"A lot of what's grown is field corn. It's used to feed cattle or it's used to create ethanol, which is different from sweet corn. So yeah, the sweet corn recipes are great, wonderful, well, sweet recipes," she says. "It's the essence of summer ... When you think of Nebraska, Iowa, tomatoes grow really beautifully here just because of how we'll get these cool nights and really hot days." 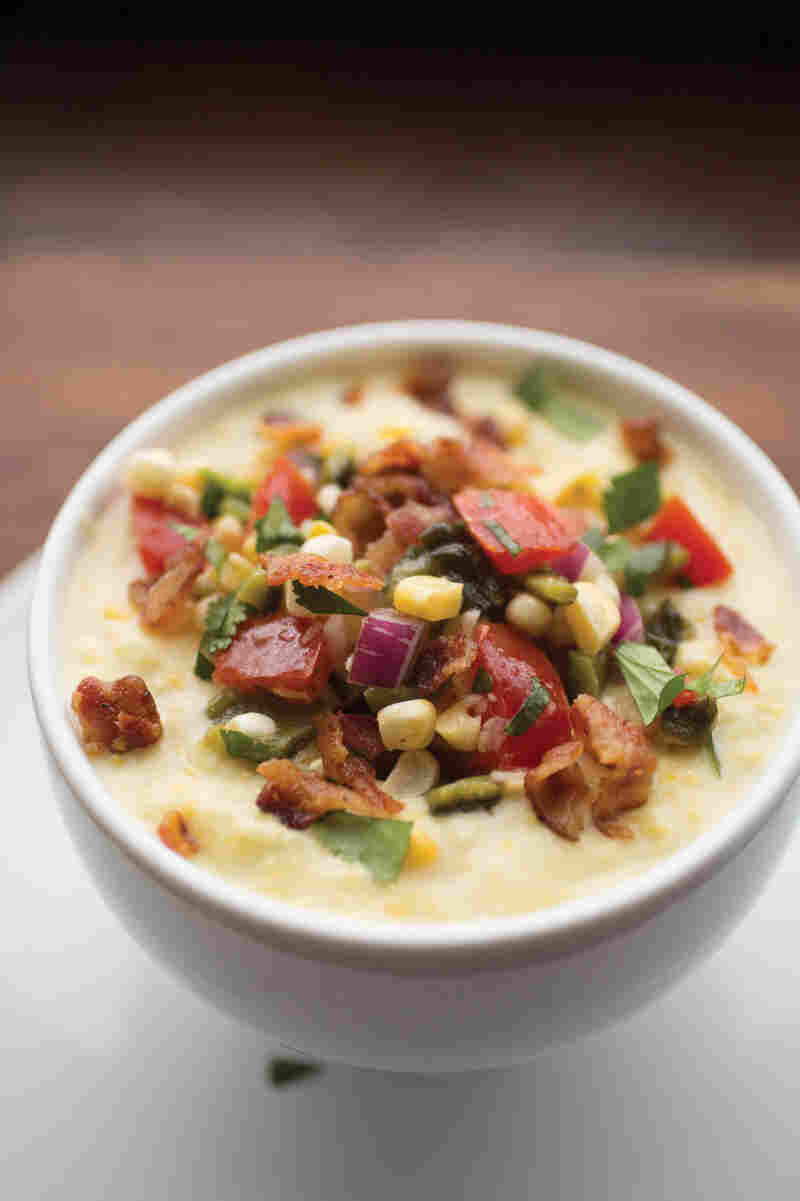 TO MAKE THE SALSA
Preheat the broiler. 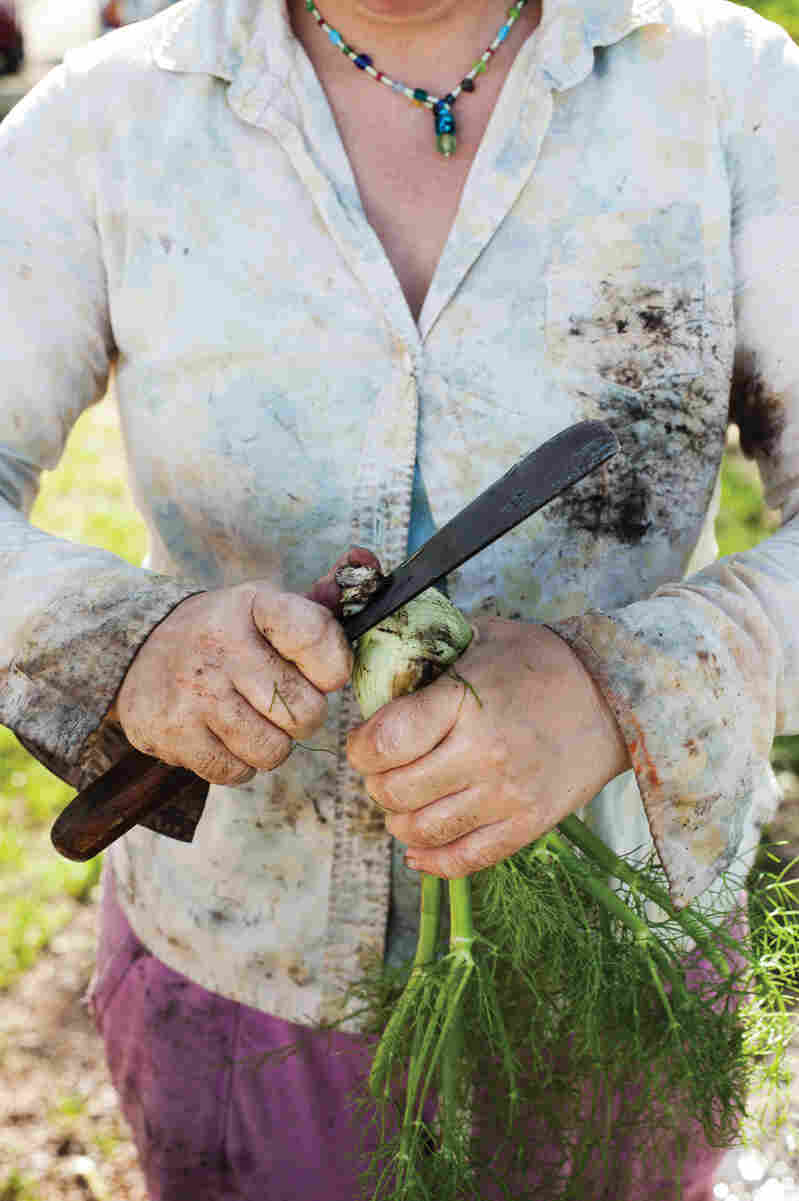 Place the poblano on a baking sheet and roast under the broiler for about 15 to 20 minutes. Using a pair of tongs, rotate the chile once the skin starts to blacken, about every 5 minutes. Remove from the oven, transfer to a bowl, cover with a dishtowel, and set aside to cool.

Once the poblano is cool to the touch, the blistered and blackened skin should pull off easily. Remove and discard the skin, seeds, and stem. Chop the poblano and add it to the bowl with the corn mixture. Stir, then refrigerate for 1 hour before serving.

TO MAKE THE CHOWDER
In a Dutch oven, bring the stock to a simmer over medium heat. Add the corn, onion, garlic, and thyme. Reduce the heat to low, cover, and simmer for 30 minutes.

Remove and discard the thyme. Purée approximately ½ of the chowder using an immersion blender, or in batches if using a blender, returning the puréed portion to the Dutch oven. Add the cream and bring the chowder to a simmer over low heat.

Mix the cornstarch and cold water together in a small cup, then add this mixture to the chowder while it is simmering. Stir to thicken. Season to taste with the salt and white pepper.

To serve, divide the chowder among bowls. Top each bowl with some of the corn salsa and crumbled bacon.

Note: Hot chilies like jalapeños and poblanos have oils that can remain on the skin even after washing. To prevent irritation, wear gloves or put a plastic bag over whichever hand is holding the chile. 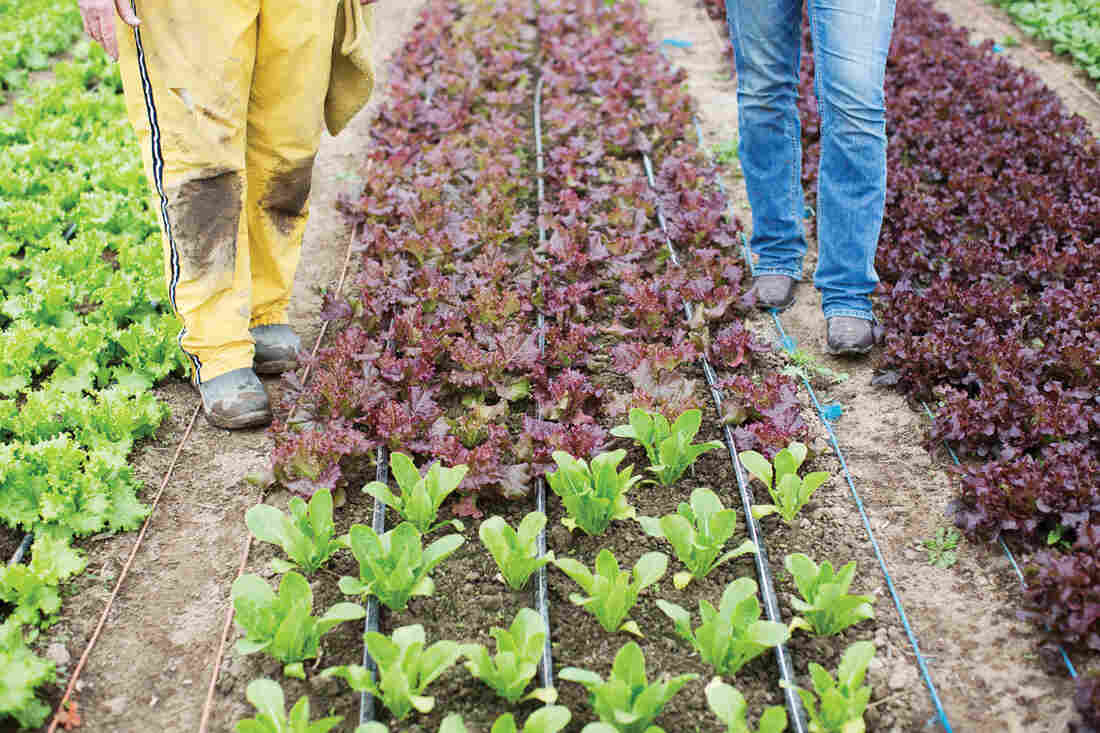 At ZJ Farm in Solon, Iowa, Susan Jutz, left, walks with her friend and mentor of Kate Edwards, right, of Wild Woods Farms. Once the plants get big enough at ZJ Farm Edwards transplants them to Wild Woods. Dana Damewood/Courtesy of Agate Publishing hide caption 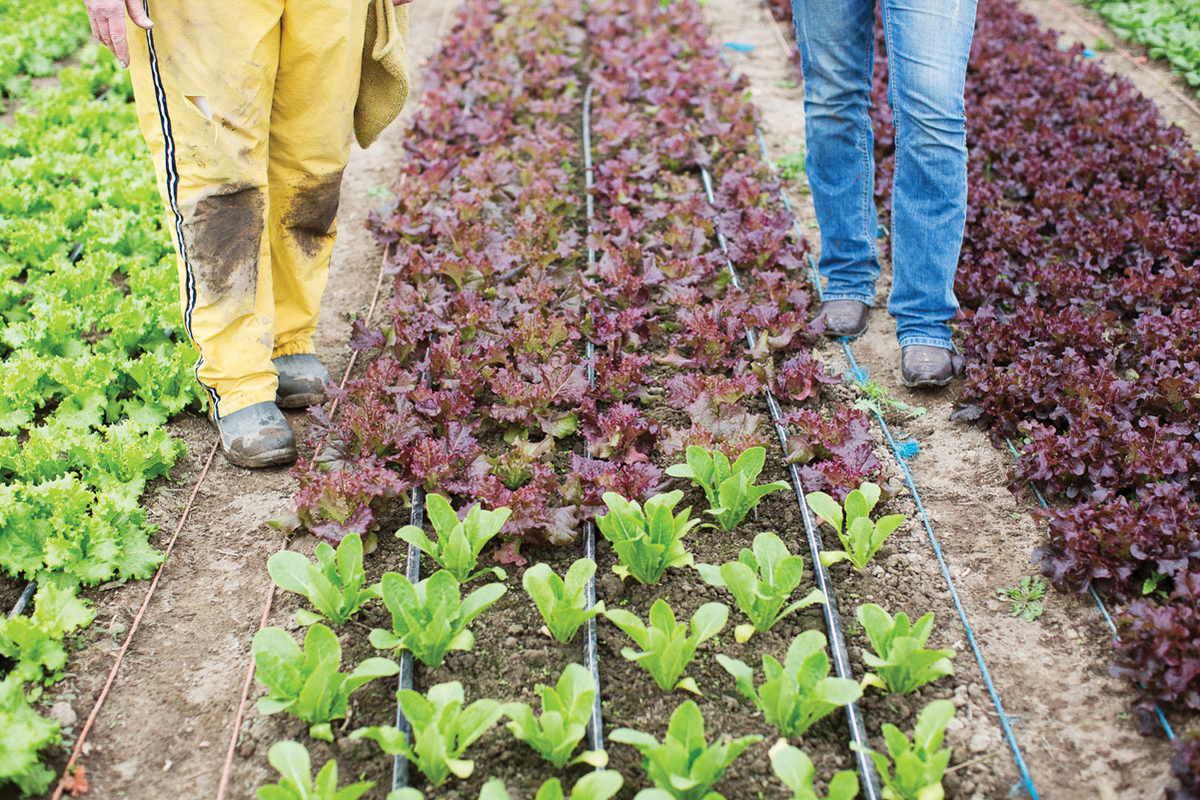 At ZJ Farm in Solon, Iowa, Susan Jutz, left, walks with her friend and mentor of Kate Edwards, right, of Wild Woods Farms. Once the plants get big enough at ZJ Farm Edwards transplants them to Wild Woods.