Accessibility links
Why A Philadelphia Grocery Chain Is Thriving In Food Deserts : The Salt Brown's Super Stores operates seven profitable supermarkets in low-income neighborhoods in Philadelphia. The founder says it's because he figured out what communities needed in a neighborhood store. 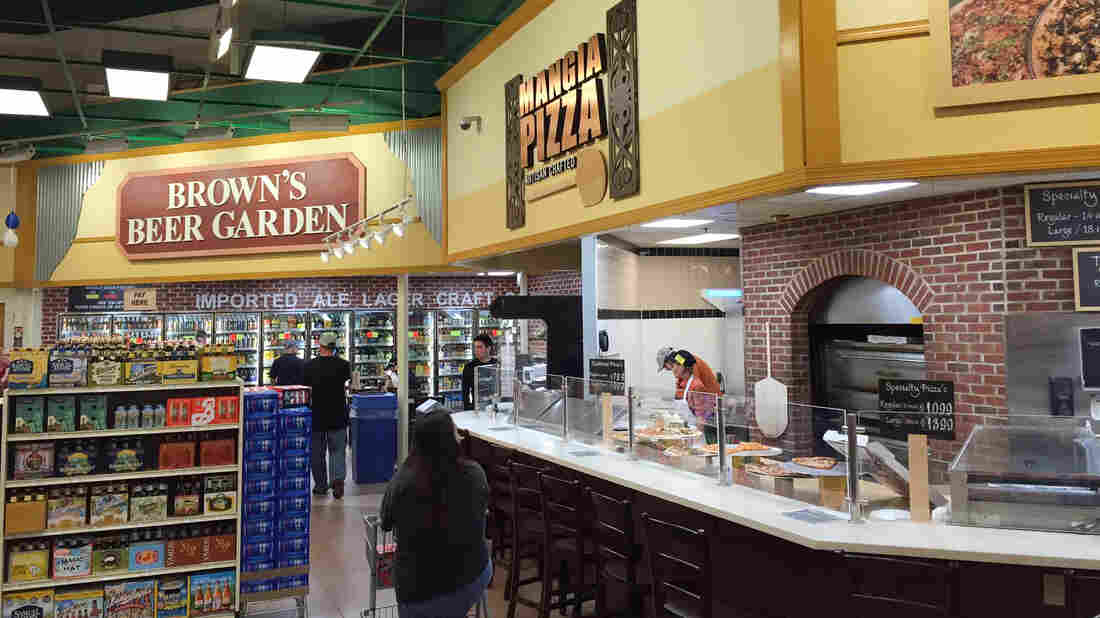 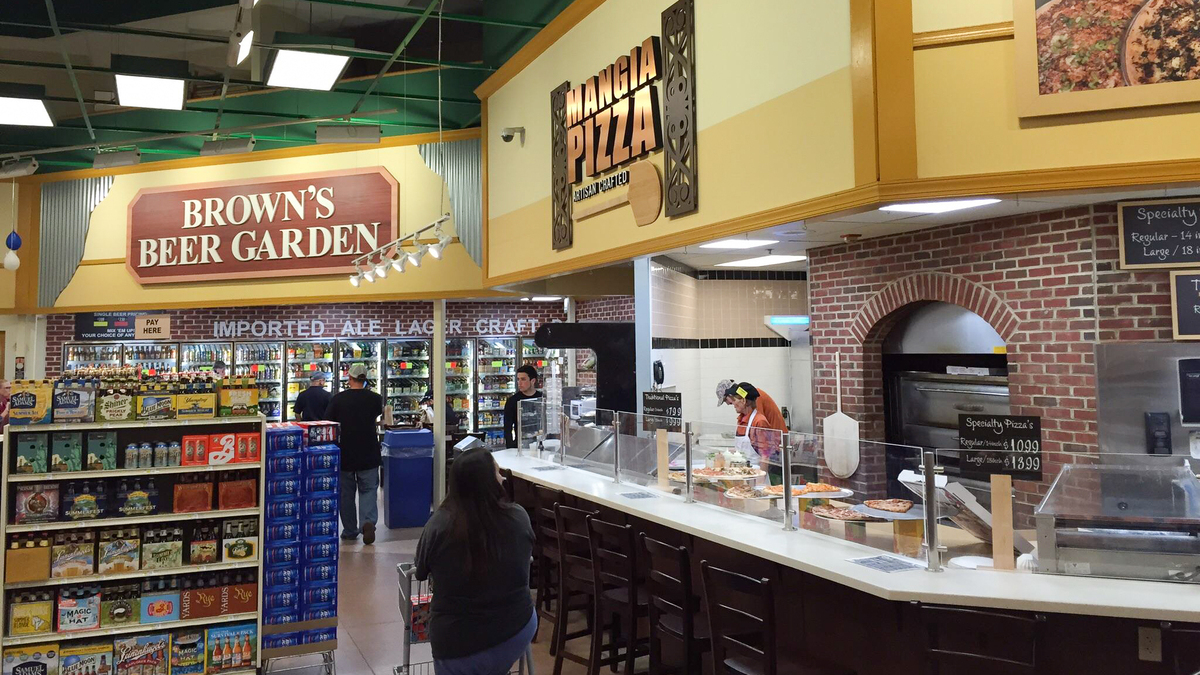 When Jeff Brown opened his first grocery store in a low-income neighborhood in Philadelphia back in 2004, it seemed like a long shot.

Most people thought he was crazy to even attempt to make money in a food desert like Southwest Philly, he says. Other grocers had tried and quickly gone out of business.

But Brown – a fourth generation grocer whose company, Brown's Super Stores, is part of the larger ShopRite franchise — tried a different approach: "Before we did anything, we brought together a group of community leaders, and we just asked them to tell us exactly what it is they were looking for in a neighborhood grocery store," he tells The Salt.

It worked: Brown's company now operates seven profitable supermarkets in low-income neighborhoods in and around Philadelphia. Along the way, he's learned a thing or two about what it takes to change shopping and eating habits in food deserts.

Lately, it's become clear that in many neighborhoods and towns across the U.S., it's far too difficult to find fresh, healthy and affordable food. In 2012, the U.S. Department of Agriculture reported that it had identified more than 6,500 food deserts in rural and urban areas. And food deserts aren't just a problem of convenience: "The lack of access contributes to a poor diet and can lead to higher levels of obesity and other diet-related diseases, such as diabetes and heart disease," the agency notes.

So what to do about them? Both policy makers and researchers are finding that it takes more than just building a grocery store and stocking it with healthy food.

"One of the things I've come to appreciate is just how complicated this is," says Anne Palmer, who heads the Food Communities and Public Health Program at the Johns Hopkins Bloomberg School of Public Health.

Opening stores in low-income areas can be especially risky, she says, because prices have to be low to be competitive. (Compared with, for example, a Whole Foods opening in an affluent neighborhood, where the chain can sell more marked up items.) The profit margin for most items is 1 or 2 percent at any supermarket, so retailers at any level have to sell a lot to make money.

But despite these subsidies, well-meaning retailers very often go out of business in low-income neighborhoods, because they don't have the skill and experience to operate there, she notes.

Take Apples and Oranges Fresh Market, which opened in 2013 in a Baltimore food desert. The shop was stocked almost entirely with fresh, wholesome and local food and even offered cooking classes to educate shoppers. But, as John's Hopkins Center for Livable Future describes in a blog post, the store went out of business in two years — because people weren't buying the wholesome food and the store didn't offer the comfort food items customers actually want to buy.

When it comes to selling fresh produce, Brown says he likes to take cues from higher-end stores like Whole Foods, which put lots of effort into marketing it. He says he has his employees at every store take extra time to hand-stack fruits and veggies "into little pyramids — because it avoids bruising and it's eye-catching."

He also invests in skilled butchers, fishmongers and in-store chefs. And that's how he's managed to tempt customers into choosing healthier food, he says, like "fire-grilled chicken" instead of fried chicken. 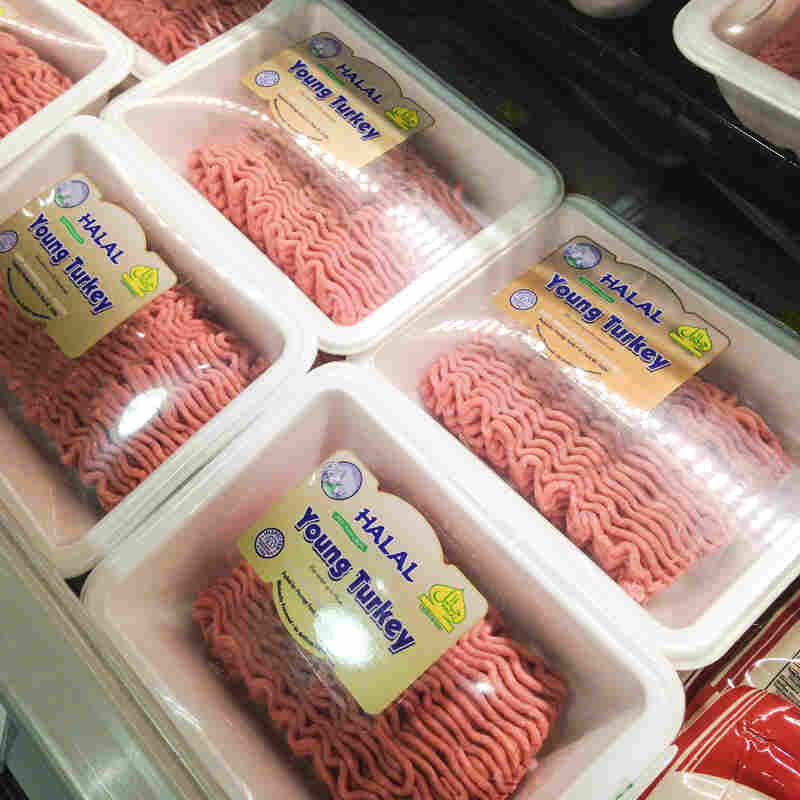 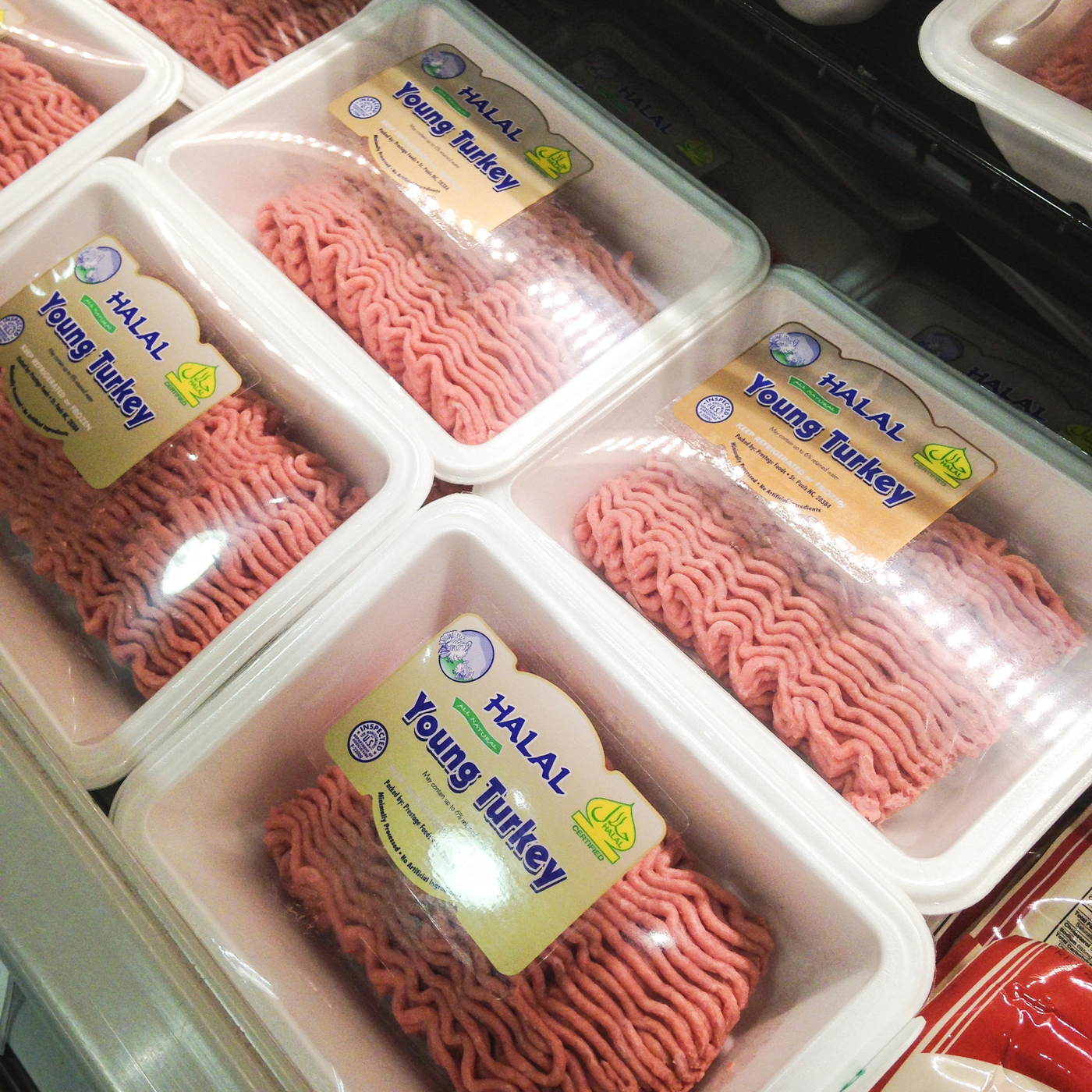 In areas with larger Muslim populations, Brown's stores have a separate department for Halal meat.

"It's grilled right in the store, so people can smell it. And it makes this popping and cracking sound," he says.

Selling groceries also takes lots and lots of market research. "Before we open a store in a neighborhood, we work with community leaders ... learn about their background, religion, where their families came from," Brown says. In areas with larger Muslim populations, his stores have a separate department for Halal meat.

"In some parts of Philly, we also have lots of African American families coming from the South. But Southern food and ingredients aren't so easy to come by in these areas," he says. So the ready-to-eat sections of stores in those areas offer collard greens (cooked with smoked turkey instead of pork, as a healthy touch). "And now we're famous for our Southern sweet potato pie. We bake them in-store, and they're really authentic."

The Grocery Store As A Gathering Place

But Brown doesn't just want people to shop at his stores – he wants people to spend time there. After all, foot traffic is key to sales.

So he started by making sure his stores were easy to get to. "We lobbied the transportation authority to put bus stations near our stores," he says.

And then he added other services and perks, like community centers, which locals sign up to use for meetings and events. Some stores also have credit unions, staff nutritionists, social workers and health clinics.

Almost all of these services are free, and they are often provided in partnership with local non-profits. "It's a win-win – because by stationing in our stores, the non-profits get access to more people in need," he says. "And from our standpoint, each broken social thing hurts business."

In the case of the health clinics, Brown noticed that lots of his customers were going to the emergency room because they didn't have access to primary care practitioners. So he started his own non-profit health service, called QCare. And the organization now serves any supermarket across the country that's interested in providing low-cost health services.

And indeed grocery stores alone may not be enough to reduce obesity in food deserts. A pilot study published in the May issue of Health Affairs evaluated the impacts of opening a new supermarket in a Philadelphia food desert. According to the study, the new supermarket "did not lead to changes in reported fruit and vegetable intake or body mass index."

Now Brown is looking into opening beer gardens and cafés at some of his stores. "A lot of these lower income neighborhoods don't have a Main Street with bars and restaurants that people can go to for fun," he says. "So we're thinking: what if we have a jazz club on the second floor? Why not?"

That's a smart strategy, says says Phil Lempert, a consumer behavior analyst who tracks these trends on his site SupermarketGuru.

As Lempert told The Salt in March, grocery stores around the country are losing customers — and finding that they have to get creative to lure them back. In that sense, food deserts aren't any different than any other market.

Putting in health and banking services helps both the community, but it's also good for business, Lempert says. "If you can provide these services, you're building a much more loyal customer base."

Through a nonprofit called UpLift Solutions, Brown's company advises and helps other grocers looking to open up in food deserts learn from their success. And several are starting to thrive.

In Baltimore, Great Valu Market offers a selection of international produce to serve its diverse, immigrant population. And in Detroit, the Meijer supermarket on Eight Mile Road has a pharmacy and a gas station.

"Different things work for different stores," Lempert says. "In the end, it's really about putting the supermarket at the center of the community."