Accessibility links
No Resume? Criminal Background? No Problem At This Yonkers Bakery : The Salt Social justice is part of the recipe at New York's Greyston Bakery. The firm, whose clients include Ben & Jerry's, hires locals whose legal status or work history might otherwise make them unhirable.

No Resume? Criminal Background? No Problem At This Yonkers Bakery

No Resume? Criminal Background? No Problem At This Yonkers Bakery 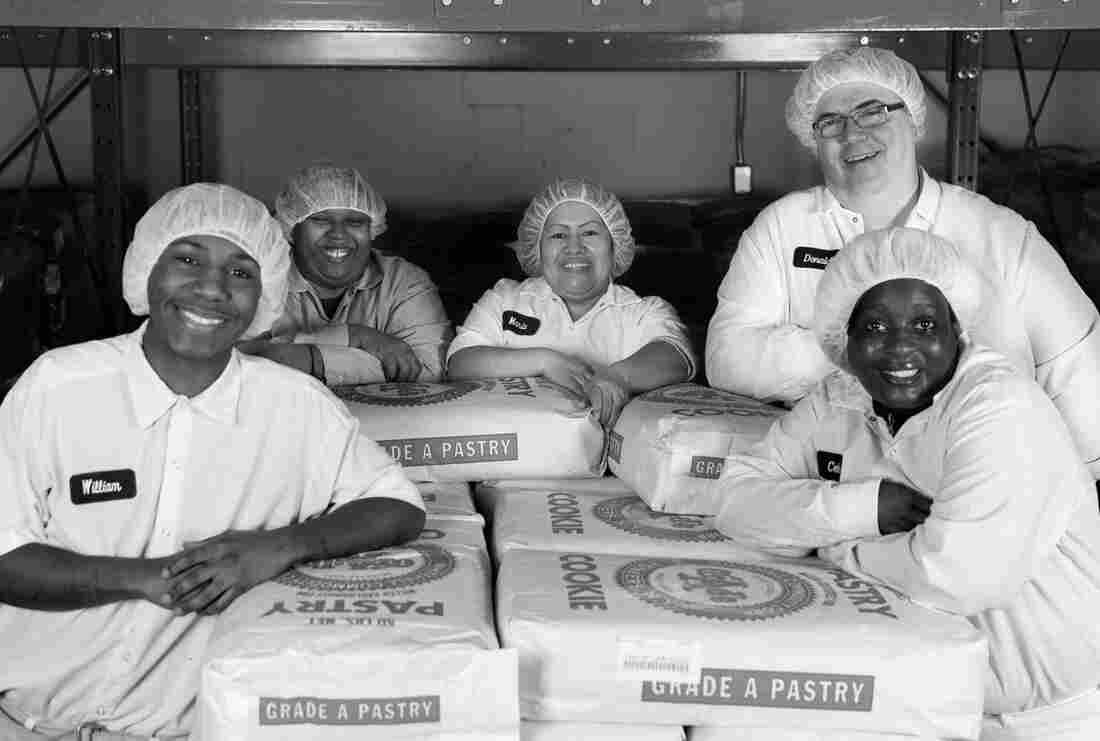 Bakers pose for a photo at the Greyston Bakery in Yonkers, N.Y. For more than 30 years, the industrial facility has been hiring local residents, including people other businesses might consider unhirable. Courtesy of Greyston hide caption 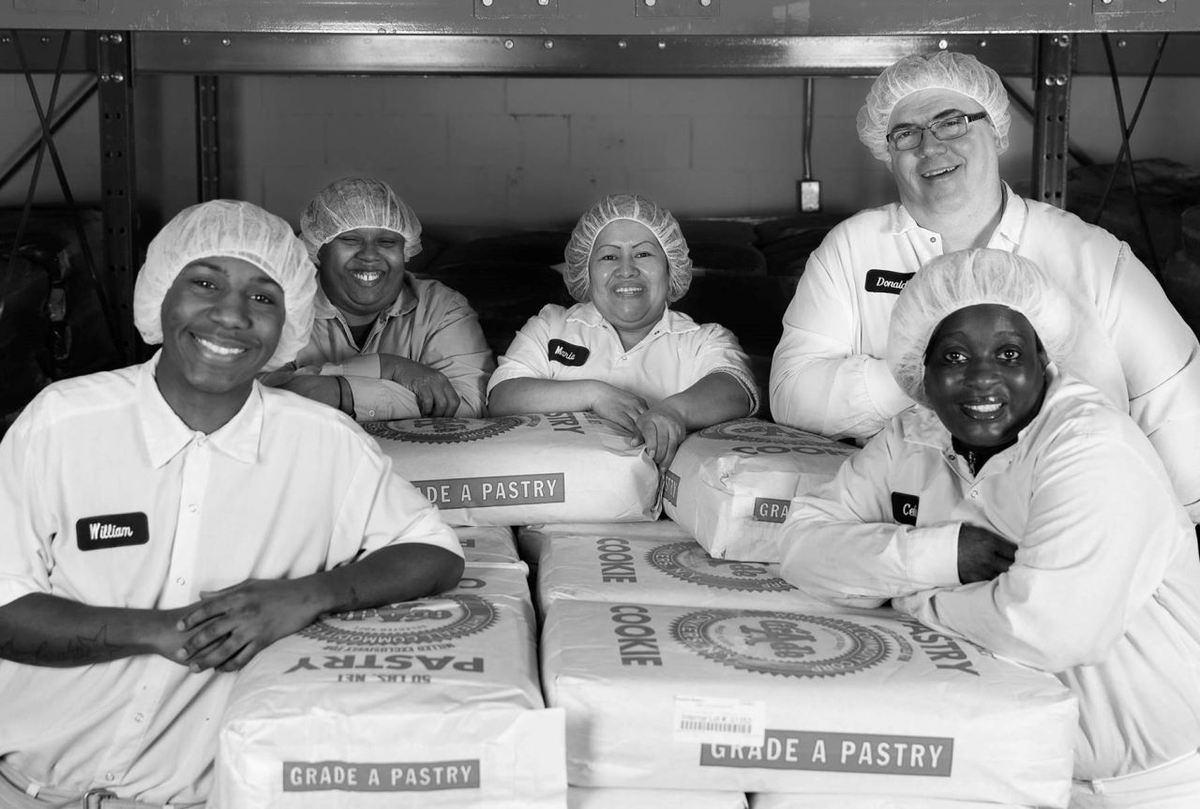 Bakers pose for a photo at the Greyston Bakery in Yonkers, N.Y. For more than 30 years, the industrial facility has been hiring local residents, including people other businesses might consider unhirable.

The open-hiring policy at Greyston Bakery in Yonkers, N.Y., invites local residents to apply for jobs — regardless of their immigration status, whether they have criminal or drug records, or even prior work experience.

It's all part of the company's social-justice business model, based on the philosophy of Bernie Glassman, an aeronautical engineer-turned-Buddhist monk who founded the industrial food facility in 1982.

"He was a visionary — he thought business success and social justice were two sides of the same coin," Mike Brady, CEO and president of Greyston, says of Glassman in a Ted Talk.

The model has proven successful for Greyston, which provides brownies for Ben & Jerry's ice cream, and also sells them at Whole Foods.

So how does this for-profit company, which also has a non-profit arm, manage to make money and do good in the community? Brady discussed his company's mission with Robin Young, co-host of the show Here & Now from NPR and WBUR.

We actually have a waiting list. ... When we have an opening available, people come through. We have a brief orientation program when we inform people what the job will be about, and then a lengthy 10-month apprentice program, where we provide people with a set of skills before they actually become formal members of Greyston, and then join our union.

It's part of our heritage, which was to give everyone a chance. We're not concerned about people's pasts. We don't want to judge what they've done in the past, but only think about what they can do in the future.

Whether he's concerned about having felons as employees

We don't think about it that way. We think about it in a way that, whoever it is that's going to be coming through those doors deserves the same opportunity as someone else. And to place judgement on that person because they might have been a felon would skew our opportunity to perhaps find a very good employee. So rather than trying to judge and say, "Oh, this person has done this or that," we have a process that once people are on board, if they can demonstrate they're going to be a good employee and they can join and be effective with the other 99 team members, then we're happy to have them.

How he would sell this to CEOs, who only care about the bottom line

We should all care about the bottom line. This business practice does not have a negative approach on the bottom line. The costs that go into onboarding people through interviews and background checks is replaced by what we're trying to do in a different model. You had mentioned in your lead-in that we're working with Ben & Jerry's. And it's an amazing relationship, and one that we're able to market and sell, basically, because we have a really engaging social-justice program.

This story comes to us via Here & Now, where it ran as part of the show's View From the Top series.