Accessibility links
In 'Eating Lab,' A Psychologist Spills Secrets On Why Diets Fail : The Salt Diets will rarely lead to significant or sustainable weight loss, Traci Mann argues in a new book. Instead, she suggests trying proven mental strategies for reaching your "leanest, livable weight." 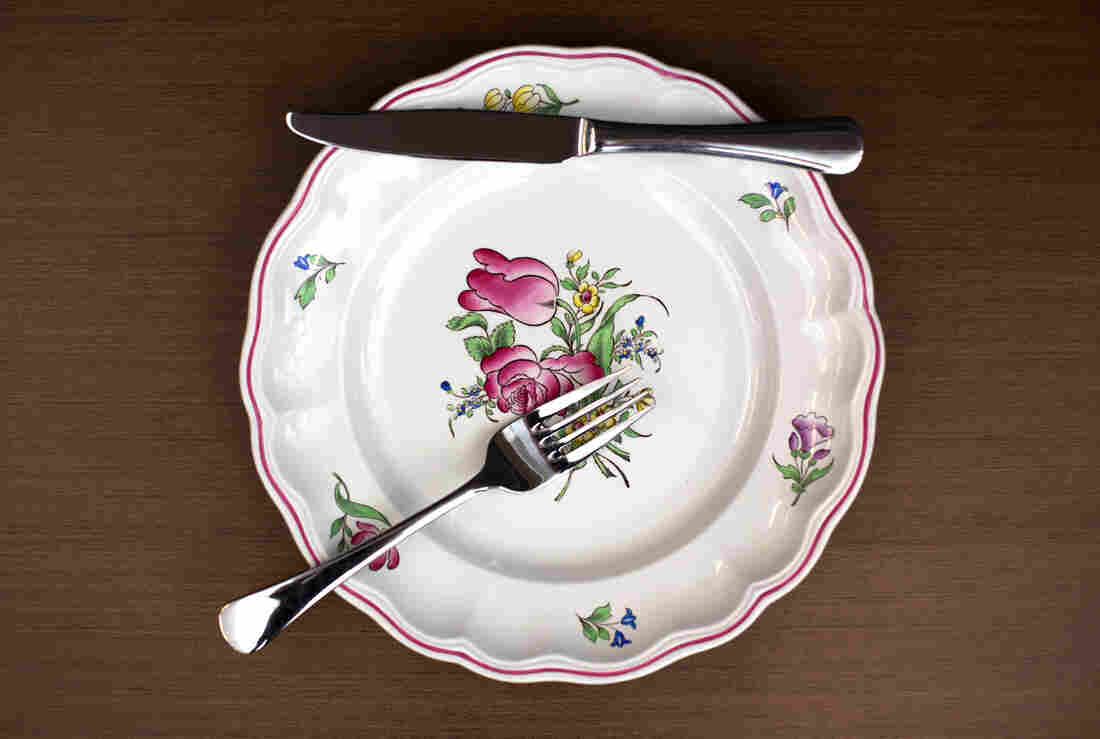 Psychologist Traci Mann calls willpower "a mythical quality and certainly not something that can be relied upon for weight loss." Meredith Rizzo/NPR hide caption 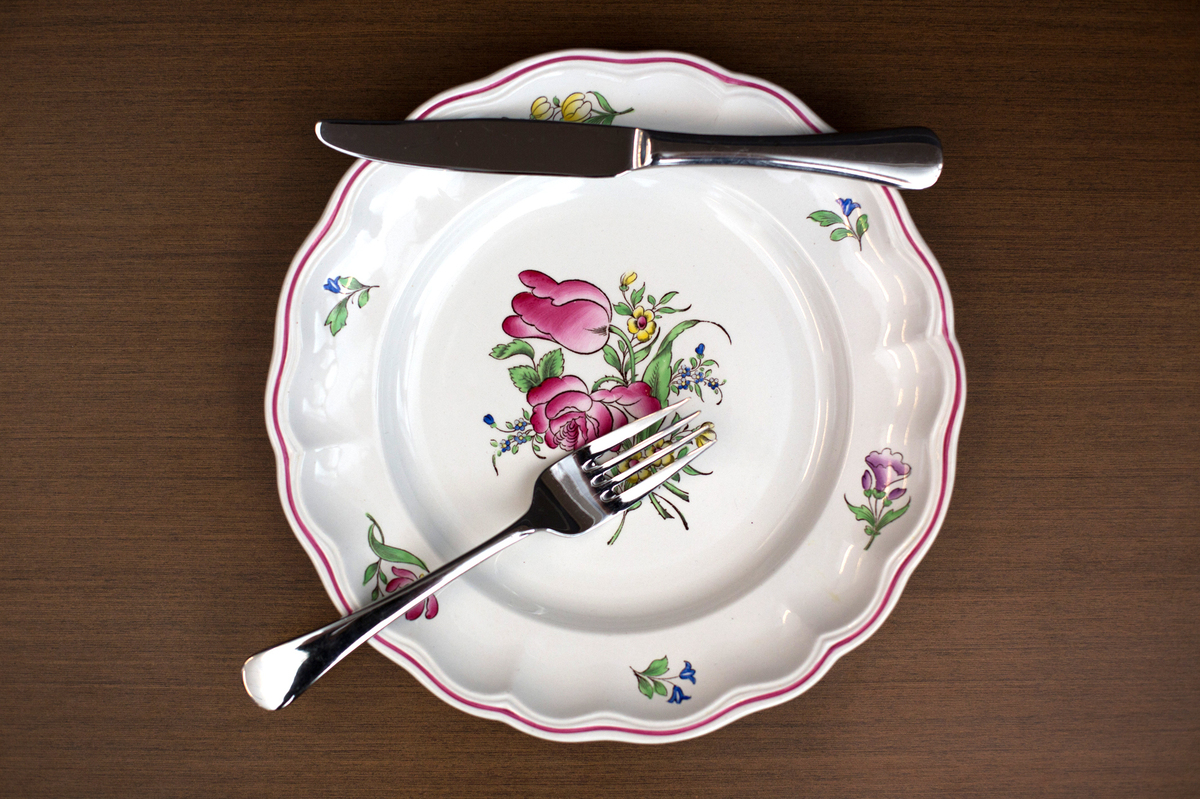 Psychologist Traci Mann calls willpower "a mythical quality and certainly not something that can be relied upon for weight loss."

As soon as Traci Mann's new book, Secrets From The Eating Lab, hit bookstores, I ordered my copy.

As the author of a no-diet book myself, I was eager to read what one of the leading researchers on the psychology of eating, dieting and self-control had to say about why diets fail to bring about significant or sustainable weight loss.

After all, Mann, who runs a lab at the University of Minnesota, has studied the scientific literature as well as her own diet subjects for two decades. She has concluded, among other things, that diets are unnecessary for optimal health. 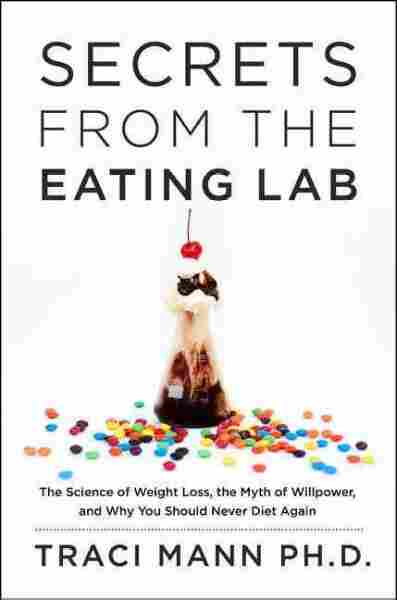 Secrets from the Eating Lab

The Science of Weight Loss, the Myth of Willpower, and Why You Should Never Diet Again

Title
Secrets from the Eating Lab
Subtitle
The Science of Weight Loss, the Myth of Willpower, and Why You Should Never Diet Again
Author
Traci Mann

Diets don't work for a variety of reasons, from biology to psychology. Mann points the finger, first and foremost, at human biology. "Genes," she writes, "play an indisputable role in regulating an individual's weight: Most of us have a genetically set weight range. When we try to live above or below that range, our body struggles mightily to adapt."

Second to biology, Mann blames a combination of neuroscience and psychology. Our brains are hard-wired to want food for survival, she explains, so restricting calories creates a psychological stress response, which facilitates weight gain, not loss. Also, she adds: "Studies show that willpower, the thing we all blame ourselves for not having enough of, is in many ways a mythical quality and certainly not something that can be relied upon for weight loss."

Whether you're interested in boosting your health or losing weight, Mann's best advice is to ditch the diet and adopt her 12 "Smart Regulation Strategies," her proven mental strategies for reaching your "leanest livable weight." Instead of counting calories, for example, she advocates penalizing yourself for succumbing to temptation as well as thinking about tempting foods in the abstract. So instead of thinking about the specific qualities of a glazed doughnut with chocolate icing, think of a doughnut as a generic dessert or just one of many breakfast foods.

These tips were familiar to me, as a therapist who specializes in eating disorders. The big surprise for me in her new book is that I loved only the first half — the half that pinpoints the problem with dieting. The other half, which focuses on her no-diet plan, well, I liked it only half as much. Turns out, a good bit of Mann's plan calls for external changes, like using smaller plates and taking smaller portions, a la Brian Wansink's Mindless Eating. Mann prescribes internal changes, too, but none are what I'd describe as truly mindful.

I was tempted to dismiss Mann's plan as a collection of mental tricks, then I thought better of it. Instead, I set up a mini-interview via email. Not only did Mann have even more interesting things to say about dieting — her own experience and that of determined dieters — but her answers reminded me that there's no right way to address eating problems. In fact, there are many ways to go. To see if Mann's way of reaching your leanest livable weight is a way you might want to go, read on.

You're pretty unusual in that you ditched dieting after just one diet. And yet, you've devoted your career to proving diets don't work. Why is that?

I wouldn't say that I have devoted my career to proving diets don't work. My students and I started studying whether diets work midway through the last 20 years, as a class project, because we were curious about long-term outcomes of diets.

We didn't set out to show that diets didn't work, or that they did work. We believe we were as unbiased as possible, because we didn't care which way the data pointed — it wasn't the focus of the rest of our work, and we didn't have a diet clinic to support, nor did we have ties to any industry relevant to dieting (or not dieting).

The focus of my work, from the beginning, was the self-control of eating. I was looking for ways to keep dieters from overeating. Slowly, over the years, I came to realize that nearly everything I studied (e.g., stress, distraction and others) caused dieters to lose control of their eating, and it began to make sense to me why diets were so likely to fail.

You're not the first author to write about why diets don't work, but you may be the most persuasive and entertaining. And yet, I'm pretty sure your book will fail to persuade the masses to stop dieting. Given that diets really don't work, why do you think dieters insist on dieting?

I think most people who diet do so because of one or more of these reasons: They have been indoctrinated to believe that they cannot be beautiful, worthy or lovable unless they are thin. They have also been led to believe that not being able to get and stay thin is a sign of weakness, lack of self-control and personal failings in general. Plus they (or their loved ones) fear for their health and don't understand that they can be healthy without dieting.

Your tips for achieving our leanest livable weight suggest that, to make healthful choices, we need to trick ourselves. That given human biology and psychology, people aren't all that capable of doing what mindful eating subjects do: find satisfaction in smaller portions. Is that really the case you're making, or are you making a different case?

But the strategies for reaching your leanest livable weight aren't tricks. The strategies try to find ways to make human nature work for us, instead of against us. For example, it's human nature to struggle with willpower. (I don't know anyone who doesn't!) So some of the strategies help us avoid situations in which we would need a lot of willpower. They do this by taking advantage of human nature to make it easier to avoid unhealthy foods and access healthy ones. For example, strategies about putting obstacles between ourselves and unhealthy foods take advantage of most people's tendencies toward laziness. They aren't tricks. They work even if you know about them and are fully aware of them.

Similarly, strategies about creating habits and forming certain intentions are not tricks, but once we form them, they are more likely to kick in automatically right when we need them. And I eat a vegetable first every night at dinner. Not because it's a trick, but because I'll eat more of it when I am at my hungriest, and when there are no other temptations around. It's just working with human nature instead of battling it.

Jean Fain, LICSW, MSW, is a Harvard Medical School-affiliated psychotherapist and the author of The Self-Compassion Diet.