Accessibility links
Grass Gourmands: A Herbivore Food Mystery On The African Savanna : The Salt A new study sheds light on a longstanding ecological question: How do so many species like impalas and elephants co-exist when they're all feeding on the same limited foods?

Grass Gourmands: A Herbivore Food Mystery On The African Savanna

Grass Gourmands: A Herbivore Food Mystery On The African Savanna 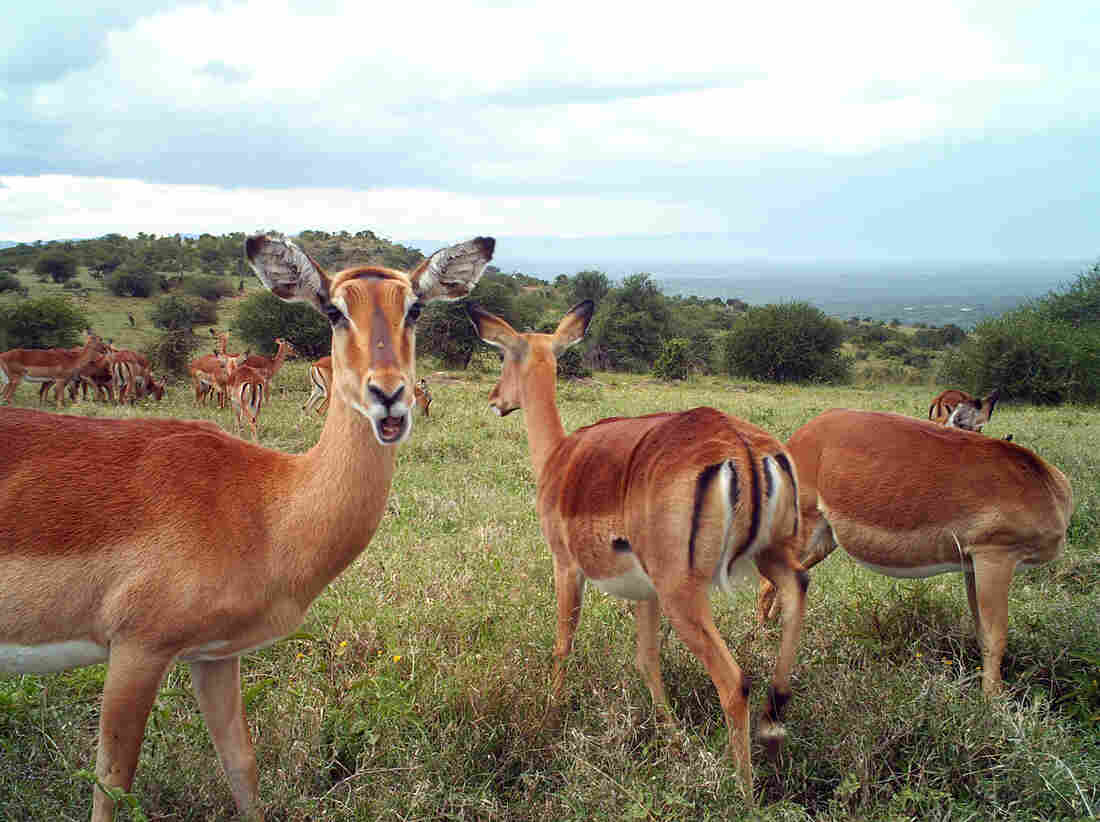 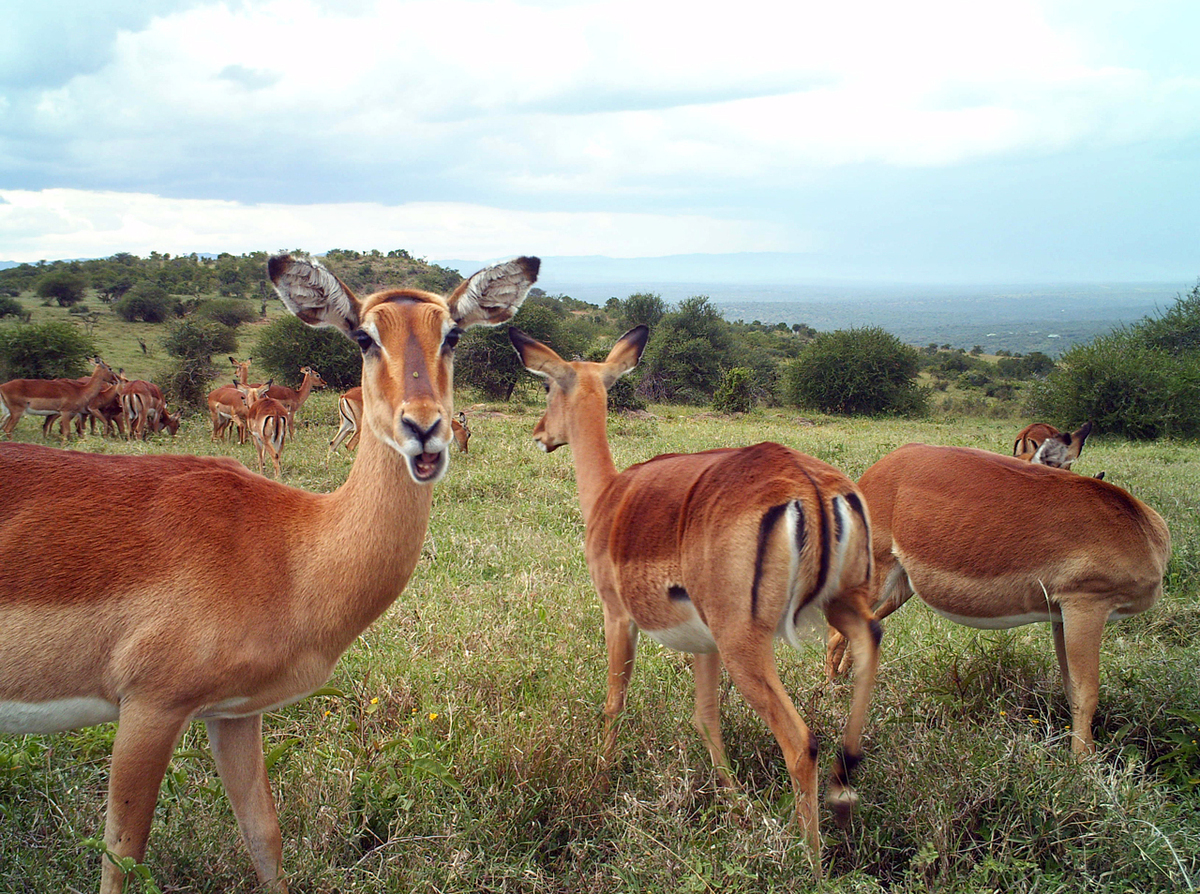 Scientists used a relatively new technique called DNA metabarcoding to analyze the diets of impala and other herbivores in southern Kenya.

What do large herbivores like elephants and zebras eat? And if – as researchers assumed — they eat many of the same things, then how do they share the spread of grasses and other plants across the savanna?

You'd think this would be pretty easy to figure out: Just watch them eat or inspect the poop, right? But large animals are wily. They travel long distances and can be too dangerous to observe up close.

Sorting out what they're eating through binoculars is akin to trying to sort out what somebody is eating in a diner from across the street. And when scientists look at the poop under a microscope, the plant bits are often too mashed up to identify. Says Eeva Soininen, an ecologist at the UiT Arctic University of Norway, Tromsø: "You get a lot of porridge."

Tyler Kartzinel, an ecologist at Princeton University, figured there might be a better way. So he spent weeks offroading around a 93-square mile swath of savanna in southern Kenya grabbing bits of dung along the way.

Then Kartzinel and his team used a relatively new technique known as DNA metabarcoding to identify all the plants present in animal dung. In southern Kenya, there are 80 to 100 species of grass alone, says Kartzinel.

In a study published Monday in the Proceedings of the National Academy of Sciences, they found that large herbivores in southern Kenya munch and graze on a whole lot of different species. And that could have important implications for wildlife management in the region. 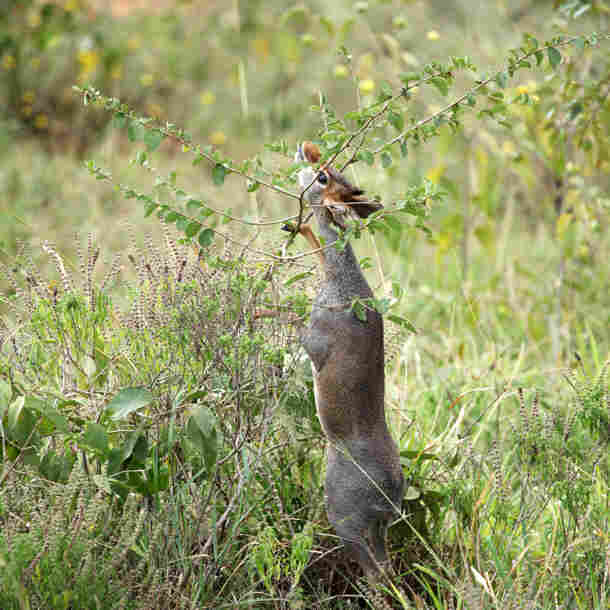 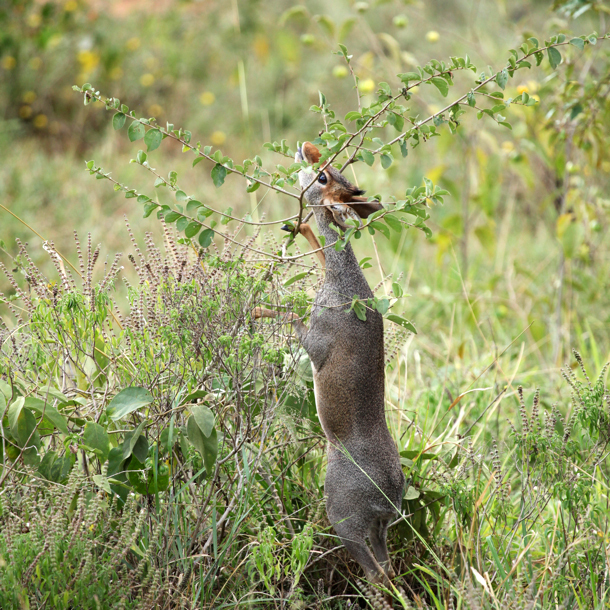 The team ultimately collected 292 dung samples from dik-diks (a type of antelope)and six other species.

For instance, plains zebras and Grevy's zebras both eat grass, but a third of those grasses are different. Likewise, only about half of the diets of buffalo and domesticated cattle overlap, despite the widespread belief that buffalo eat grasses that would otherwise go to cattle. Maintaining the region's plant diversity could be key to both maintaining species diversity and easing food wars between livestock and wildlife, Kartzinel says.

The team ultimately collected 292 samples from seven animals, including elephants, Grevy's zebras, plains zebras, impala, dik-diks (a type of antelope), buffalo and cattle. Back at the lab, they extracted and then sequenced the DNA present in each sample and compared each strand to those in a reference library that Kartzinel has spent years building up.

The findings shed light on a longstanding ecological mystery – how do so many species of herbivores co-exist when they're all feeding on the same limited foods? In theory, "if two species had completely identical diets, then in a world of limited resources the one who is better at competing for those resources ... should persist," Kartzinel says. But his study suggests that the herbivores live together by divvying up plant species in the savanna.

How To Feed A Numbat: Zoo Cookery Aids Endangered Species

"A tool like this is what has been missing from the study of food webs for the longest time," says Rob Pringle, a co-author of the paper who is also an ecologist at Princeton.

Without adequate tools to assess wildlife diets, ecologists have resorted to lumping animals together into broad categories, such as grazers who eat grass and browsers who eat leaves, bark, and green stems from plants, says Soininen, the Norwegian ecologist who was not involved with this study. It shows that "even two grazers can actually eat quite different foods. Or a grazer and a browser may be more similar to each other than to browsers," she says.

DNA metabarcoding is, by design, dirty work. Getting fresh dung (which is best for sequencing) means finding animals mid-meal. Often animals would defecate and then just stand there, Kartzinel says. Going under an elephant to bag a sample is too dangerous. Then there's antelope, who do their business in waist-high grasses. "How do you find it?" Kartzinel asks.

Researchers are starting to use DNA metabarcoding to analyze other food webs, which both satisfies basic curiosity about what wildlife eat, as well as serves as an important precursor for conservation efforts. Soininen has been using the technique to study the diet of rodents in the Arctic. And Laura Bertola, a geneticist at Leiden University in the Netherlands, would like to apply the technique to lions and tigers.

Kartzinel, meanwhile, has been studying the diets of lizards in the Bahamas. Unlike large herbivores, he can simply capture the lizards and wait until they go. "If only," Kartzinel says, "we could put an elephant in a plastic bag and wait."

Sujata Gupta is a freelance science writer based in Burlington, Vermont. Her work has appeared online and in print in the New Yorker, BBC, NovaNext, Scientific American and others. Follow her on Twitter @sujatagupta.