Accessibility links
Drought May Cost California's Farmers Almost $3 Billion In 2015 : The Salt The state's farmers could also be out more than 18,000 jobs, with 564,000 acres fallowed by the end of 2015, researchers at UC Davis write in a new report. 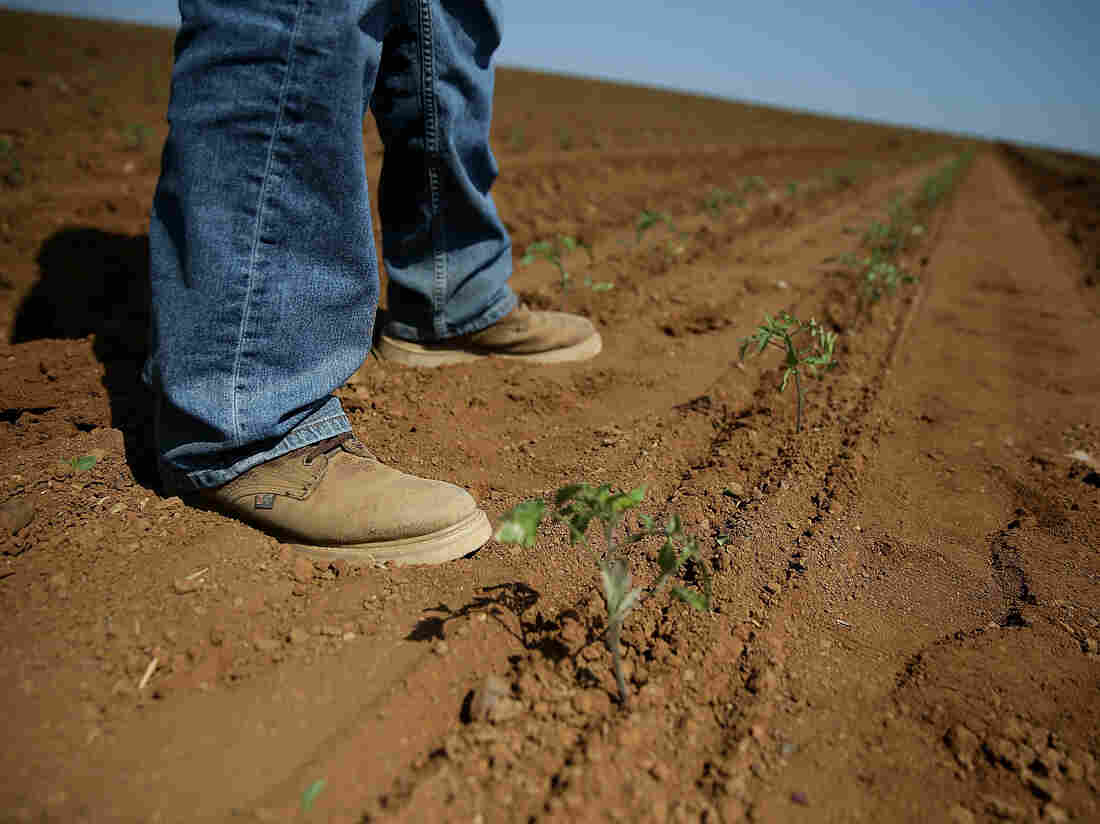 A row of newly planted organic tomatoes on April 23, 2015 in Firebaugh, Calif. Some farmers are moving tomato production to the north of the state where water supplies are better. Justin Sullivan/Getty Images hide caption 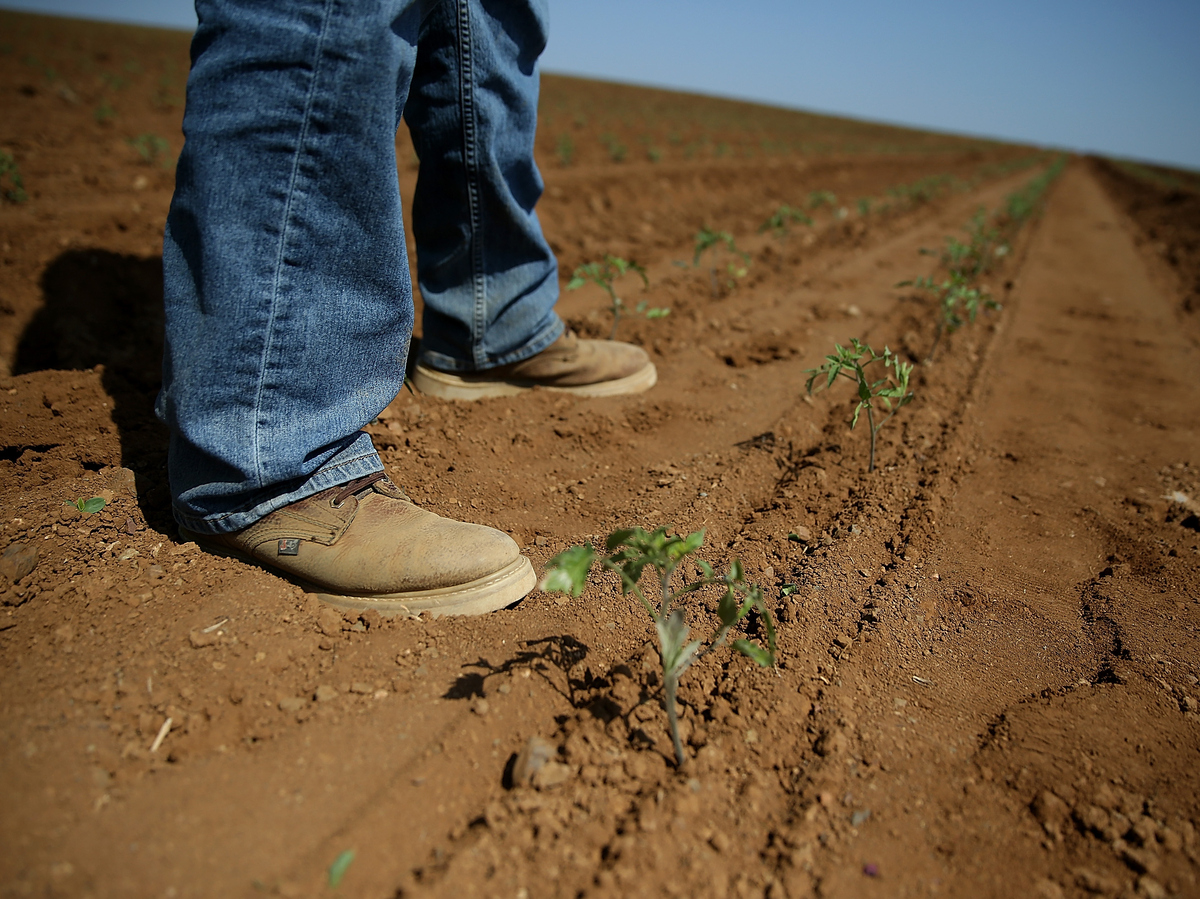 A row of newly planted organic tomatoes on April 23, 2015 in Firebaugh, Calif. Some farmers are moving tomato production to the north of the state where water supplies are better.

The University of California, Davis is out with a new report, and some of the numbers are steep. The study found that in 2015 alone, the drought will cost the state's farmers industry $2.7 billion and more than 18,000 jobs, with 564,000 acres fallowed.

And that's just for one year. "This study does not address long-term costs of groundwater overdraft, such as higher pumping costs and greater water scarcity," it reads. "The socioeconomic impacts of an extended drought, in 2016 and beyond, could be much more severe."

But Richard Howitt, a professor emeritus at UC Davis, and one of the authors of the study, says the situation for farmers could be worse.

"Despite really big cuts — 60 percent in the surface water supplies — access to underground water has allowed [farmers] to compensate for at least 70 percent of that," Howitt tells The Salt. "So the net cut is around 8 percent of total water."

But groundwater is now running low as well, especially in the Central Valley of California, the heart of California farm country. "This is concentrated in those areas that don't have access to underground water," Howitt says. "These places are in what we call the Central Valley, the San Joaquin Valley. The impacts are hitting small farmers and farm workers [there]."

Big Ag, Howitt says, has reserves to deal with the ongoing drought in a way that smaller farmers do not.

Howitt does say the agricultural industry is finding creative ways to deal with the drought. "It's significantly worse than last year, but people have come up with cleverer ways of offsetting the effects ," he said. "The ... thing that surprised us a bit was how much the farmers are modifying and adapting to this situation."

For example, he says, they are moving crops around, like tomatoes. They are normally are grown in the south, but farmers are shifting production north, to where there are better water supplies. Howitt says farmers are also trying to focus on the highest value crops — like fruits, nuts and vegetables.

The report comes in the same week that statewide mandatory water cutbacks took effect, requiring a net 25 percent reduction in water use for California cities and towns.

But the state's agriculture industry is exempt from those mandatory cutbacks. And Howitt says that's appropriate. "Ag has got a very, very bad supply," he notes. "They've taken their cuts, and overall they're taking a bigger cut than 25 percent."

Nevertheless, some California farmers are already agreeing to voluntarily cut their water use. A group of farmers in the Central Valley has agreed to reduce water use by 25 percent from 2013 levels, or fallow 25 percent of their land. California's State Water Board said in a statement it welcomes the farmers' proposal.

Howitt says UC Davis will update its study in July, with predictions for what he calls a "worst-case scenario."