Accessibility links
Why Wal-Mart's Labor Issues Run Deeper Than Too Much Justin Bieber : The Salt Wal-Mart has said it will turn up the heat and turn down the Justin Bieber music at stores to appease employees. But it's not addressing the most glaring problems in its supply chain, activists say. 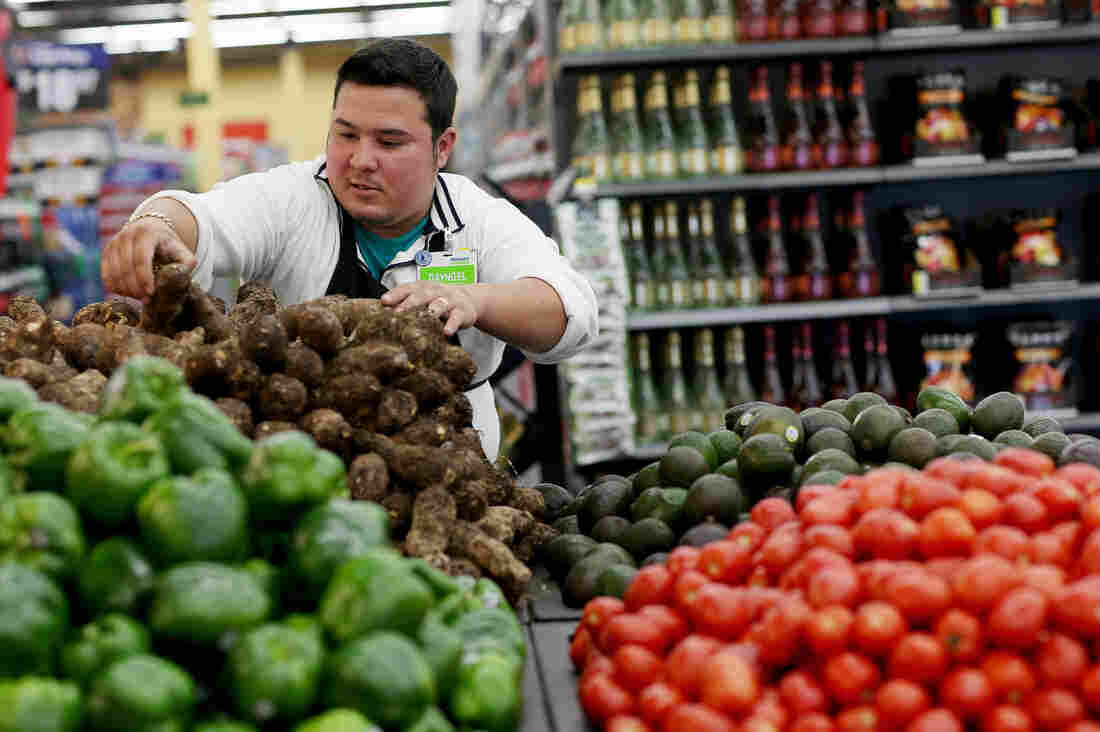 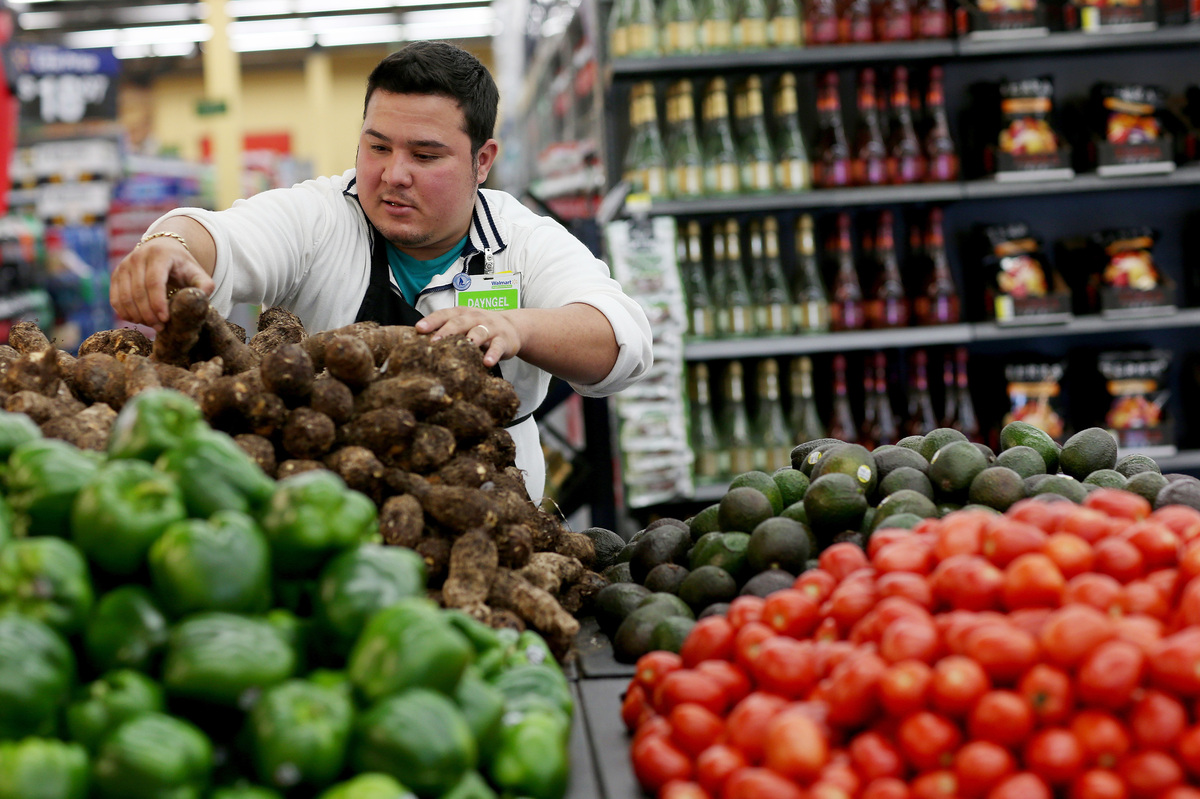 On Wednesday, in advance of a Friday shareholder meeting, Wal-Mart executives told employees it would turn up the heat and mix up the music in stores — after complaints that workers were chilly and subjected to endless repetition of Celine Dion and Justin Bieber songs.

"Taking care of our customers begins with taking care of you," U.S. Chief Operating Officer Judith McKenna said in a statement. "It's that simple. My commitment to you is that we will continue to listen, and, more importantly, act on what we hear."

Activists say they applaud the company's efforts to improve working conditions for U.S. employees — policy changes that also include raising their pay to at least $9 per hour.

But a report out Thursday highlights a series of ways that Wal-Mart is neglecting commitments it has made to maintaining labor and environmental standards throughout its supply chain.

Can Wal-Mart Really Make Organic Food Cheap For Everyone?

The report, published by the Food Chain Workers Alliance, highlights cases in
which suppliers have failed to uphold the company's compliance standards and Wal-Mart has neglected to enforce its own standards and goals.

Ultimately, the report calls the company's commitments to improving labor and environmental impacts "mostly a PR stunt." Wal-Mart did not reply to The Salt's request for comment.

Over the years, Wal-Mart has made a series of pledges that now fall under the umbrella of a "Responsible Sourcing" code of ethics. It requires suppliers to abide by standards including "labor protections, such as hours of work, pay, and health and safety, as well as environmental policies, such as complying with local and international laws and regulations and reducing pollutants and waste," the report notes.

Many of these standards are already required by law. But the report finds that the company as a whole, and its suppliers, are falling short in many places.

For example, two investigations cited Wal-Mart as a major buyer of shrimp from farms known to use slavery and forced labor. And two of Wal-Mart's major packaged-lettuce producers, Taylor Farms and Ready Pac, have been repeatedly cited by OSHA for failing to protect laborers from injuries, thus violating Wal-Mart's labor code of conduct. The same is true for some baked-good suppliers.

On the environmental front, Wal-Mart announced in 2010 that it would
cut 20 million metric tons of greenhouse gas emissions out of its supply
chain by the end of 2015. As of March 2015, though, the company had reached only 38 percent of that goal, the report finds.

But Jose Oliva, co-director of the FCWA, says a perhaps even bigger problem is that the company isn't transparent about its adherence to its code.

"There is absolutely no way of verifying their claims or of ensuring that the claims are systemic and creating the kinds of conditions, in terms of workplaces and environment, that we need for food to be healthy and procured without suffering," Oliva tells The Salt.

What the company could do, he says, is hire a third-party verification entity to ensure that the code of ethics is being followed and implemented. "And Wal-Mart would have to abide by the recommendations that independent entity puts out," he says.

Wal-Mart also set a goal of purchasing $1 billion worth of "local" food from area farmers by 2015. But, the report says, it's not clear that the commitment is much more than "corporate greenwashing."

Farmers "receive inconsistent prices for their produce, depending on whom they work with, and in some instances, when the person they work with leaves the company, their replacement is no longer interested in buying from a farmer or a cooperative," according to the report.

Oliva says the FCWA's research revealed that Wal-Mart needs to work harder to fulfill its local food goals so that the benefits to farmers are more just.