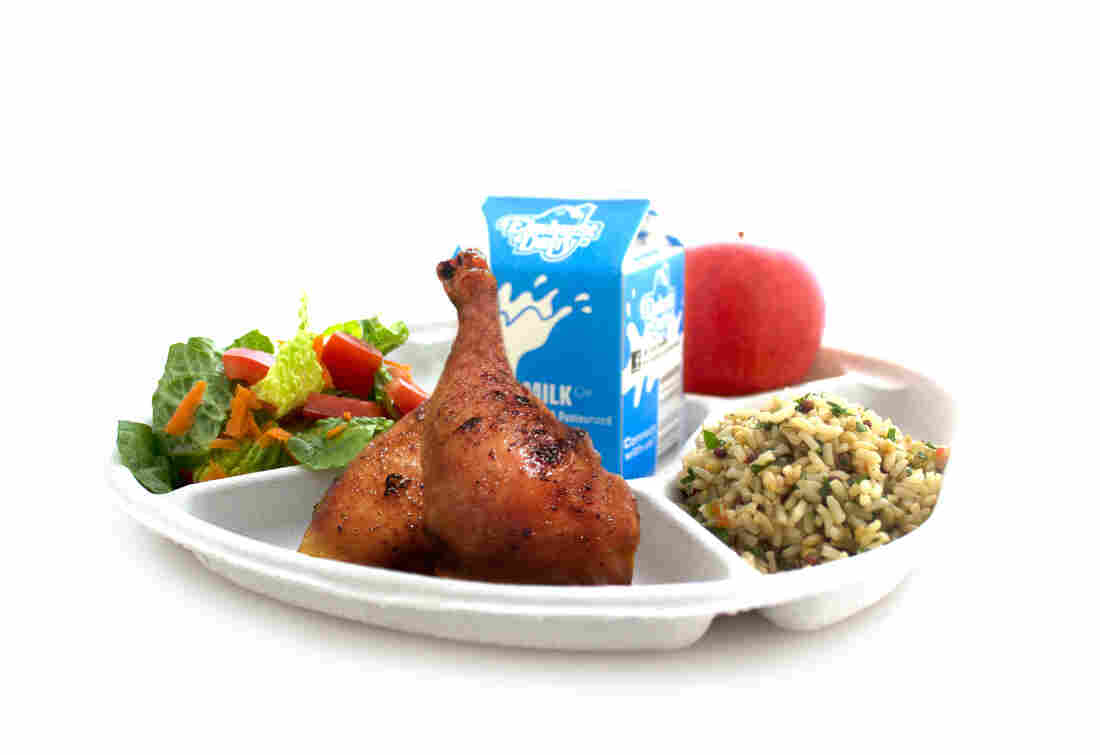 The new lunch plates are made from recycled newsprint and are easier for kids to hold, says Eric Goldstein, chairman of the Urban School Food Alliance. Courtesy of NRDC hide caption 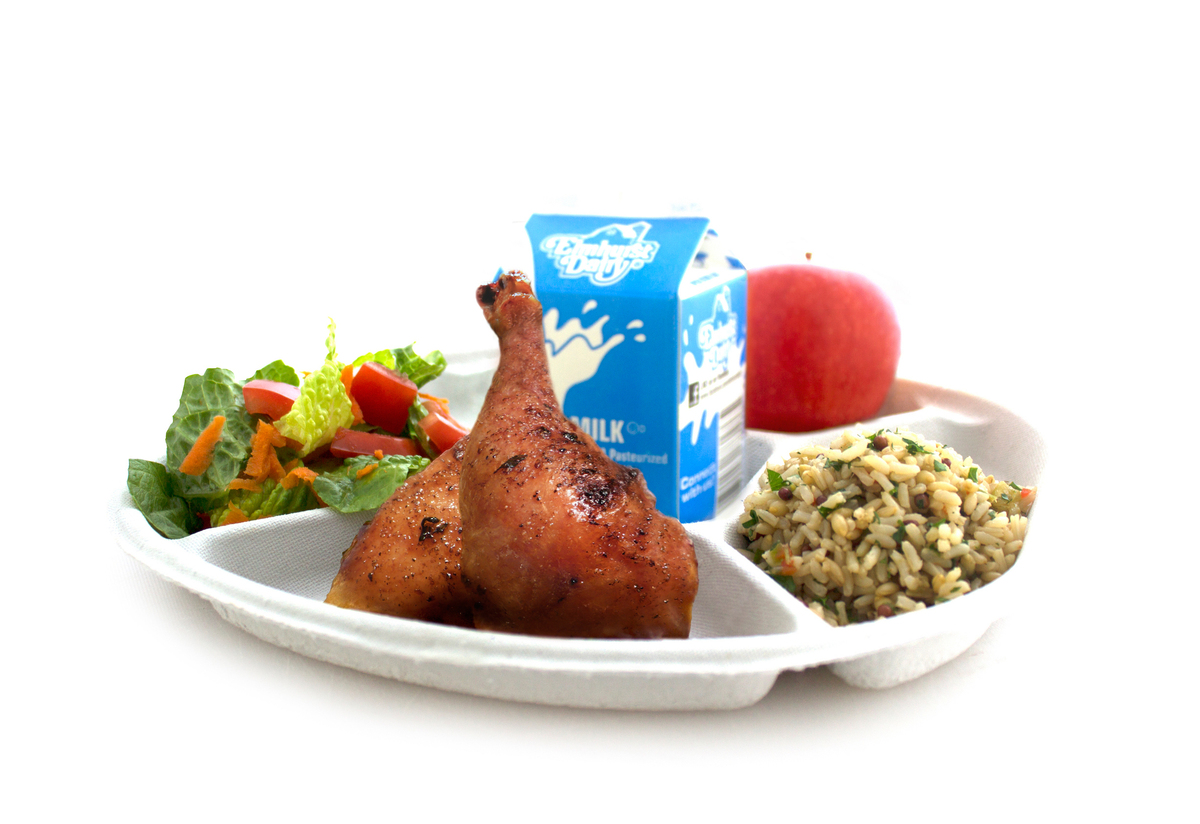 The new lunch plates are made from recycled newsprint and are easier for kids to hold, says Eric Goldstein, chairman of the Urban School Food Alliance.

Six of the largest school districts in the country have banded together to revamp school lunches — and they're starting from the plate up.

School administrators in New York City, Los Angeles, Chicago, Miami-Dade, Dallas and Orlando in 2012 formed the Urban School Food Alliance. And in May, they announced that they were ditching polystyrene lunch trays and replacing them with compostable lunch plates. It's a significant move since all together, the schools in the Alliance serve up 2.5 million meals a day.

The new lunch plates are easier for kids to hold, with compartments for side dishes and milk, says Eric Goldstein, who chairs the alliance. "And they're round, unlike the very institutional, rectangular trays we had before," he says.

But what's most revolutionary about these new plates is what they're made of.

Food Industry Drags Its Heels On Recyclable And Compostable Packaging

The polystyrene used in traditional lunch trays is a petroleum-based plastic that won't break down for hundreds of years. When the trays end up in landfills — and 225 million of them do every year — they leeches pollutants into the water and air, according to the group.

The new plates, by comparison, are made of recycled newsprint and can break down within a matter of weeks in commercial composting facilities. They're also only a tiny bit more expensive, at $0.049 apiece compared with $.04 apiece for the plastic trays.

And while the compostable plates will clearly help teach kids about renewable resources, Goldstein says he hopes they will also be a way for schools to pressure cities to fund and develop better composting facilities.

The thing is, not all the cities in the Alliance can actually compost their schools' new plates just yet. Los Angeles and New York have municipal composting, but the other four cities lack plants that turn organic waste into soil. None of them have biodigestors, which turn compostable waste into natural gas that can be used as fuel, either.

"So far, most of the food waste coming from these schools is ending up in landfills," says Mark Izeman, a senior attorney with the Natural Resources Defense Council, an advocacy group that advised the Alliance's initiative.

New York has a pilot composting program, and "is ahead of the other cities in terms of composting," says Izeman. That means the new paper plates from New York City public schools' 860,000 meals a day will be composted.

The Miami-Dade School District, on the other hand, is still working out what to do with all the compostable waste it creates. Right now, Izeman says, the district does not have a contract in place for compost pick-up, though the district is developing in-house compost labs connected to organic gardens at certain schools. And Chicago Public Schools has received grants to pilot a composting program at five schools.

"In order to build out long-term composting capacity in these cities and other cities, we need to have a steady stream of material that can be re-used and composted," Izeman says.

Before they develop composting and biodigesting facilities, companies looking to get into the business need to feel confident that they'll have access to a continuous stream of uncontaminated compost, says Ron Gonen, New York's former deputy commissioner for recycling and sustainability, and the CEO of the non-profit Closed Loop Fund, which helps municipalities fund recycling and composting programs.

By serving food on compostable plates, these school districts make it easy for kids to throw away their trash. "Everything can go in one bin, and there's minimal contamination," Gonen says.

There's also transportation costs to take into account — landfills are usually far from cities and residential areas. In New York, for example, the city has to send most waste all the way to landfills in Pennsylvania. The composting facility in Staten Island is much closer and the compost that's created there can be sold to farmers and gardeners. "And the natural gas created by anaerobic digestors can cycled back to help power the grid," Gonen says.

The Urban School Food Alliance has also begun transitioning to compostable utensils. "I think this going to have a major positive impact," Gonen says. "And I think it'll really encourage the development of more composting and biodigesting facilities."