Accessibility links
How 'Diet Gurus' Hook Us With Religion Veiled In Science : The Salt From Paleo to vegan to raw, nutrition gurus package their advice as sound science. But peel the studies away and you'll find timeless myths and superstitions of religion.

How 'Diet Gurus' Hook Us With Religion Veiled In Science

How 'Diet Gurus' Hook Us With Religion Veiled In Science

Flip through today's bestselling diet books and you won't see any references to religion. From Paleo to vegan to raw, nutrition gurus package their advice as sound, settled science. It doesn't matter whether meat is blamed for colon cancer or grains are called out as fattening poison — there's no shortage of citations and technical terms (tertiary amines, gliadin, ketogenesis) to back up the claims.

But as a scholar of religion, it's become increasingly clear to me that when it comes to fad diets, science is often just a veneer. Peel it away and you find timeless myths and superstitions, used to reinforce narratives of good and evil that give meaning to people's lives and the illusion of control over their well-being.

Take the grain-free monks of ancient China. (My specialty is classical Chinese thought.) Like all diet gurus, these monks used a time-tested formula. They mocked the culinary culture around them, which depended on the so-called wugu, or "five grains."

According to the monks' radical teachings, conventional grain-laden Chinese diets "rotted and befouled" your organs, leading to early disease and death. By avoiding the five grains, you could achieve perfect health, immortality, clear skin, the ability to fly and teleport. Well, not quite. To fully realize the benefits of the monks' diet, you also had to take proprietary supplements, highly technical alchemical preparations that only a select few knew how to make. All of this may sound eerily familiar: Look no further than modern anti-grain polemics like Dr. David Perlmutter's Grain Brain — complete with its own recommended supplement regimen.

Despite basic logic and evidence to the contrary, the philosophy of the grain-free monks gained popularity. That's because then, as now, the appeal of dietary fads had much to do with myths, not facts. Chief among these is the myth of "paradise past," an appealing fiction about a time when everyone was happy and healthy, until they ate the wrong food and fell from grace. 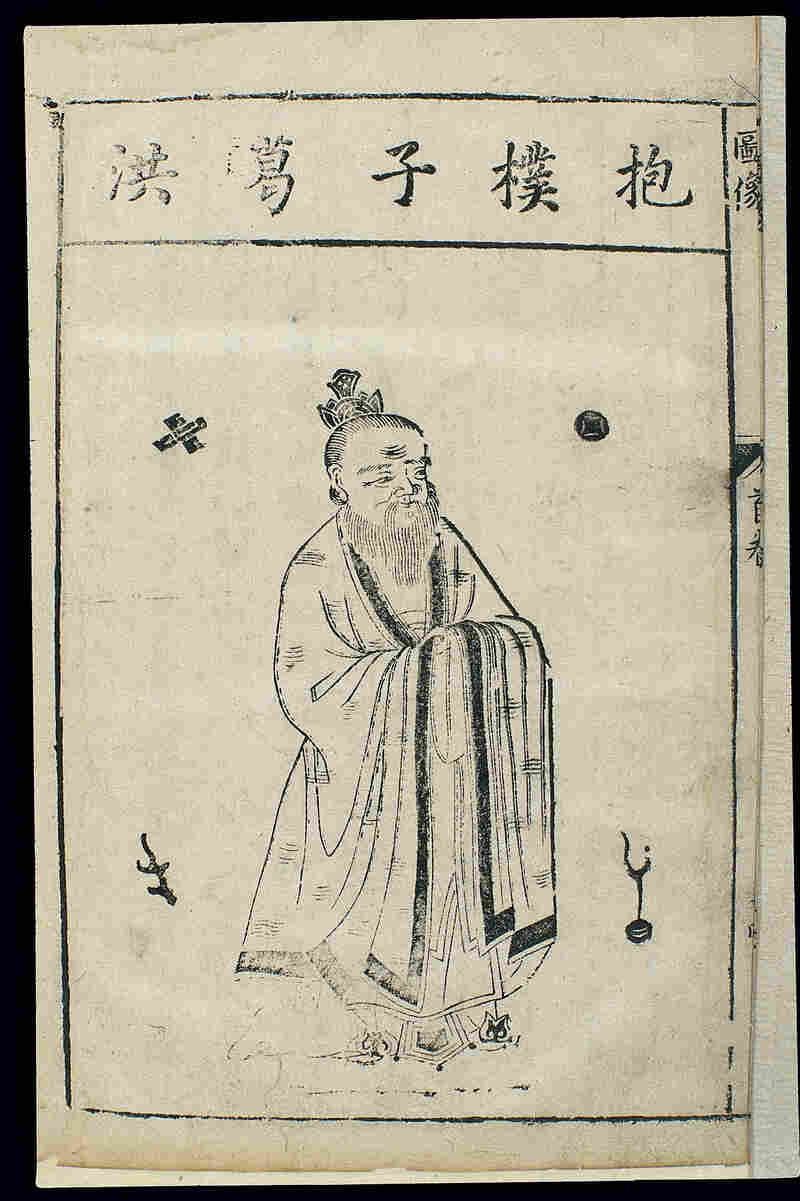 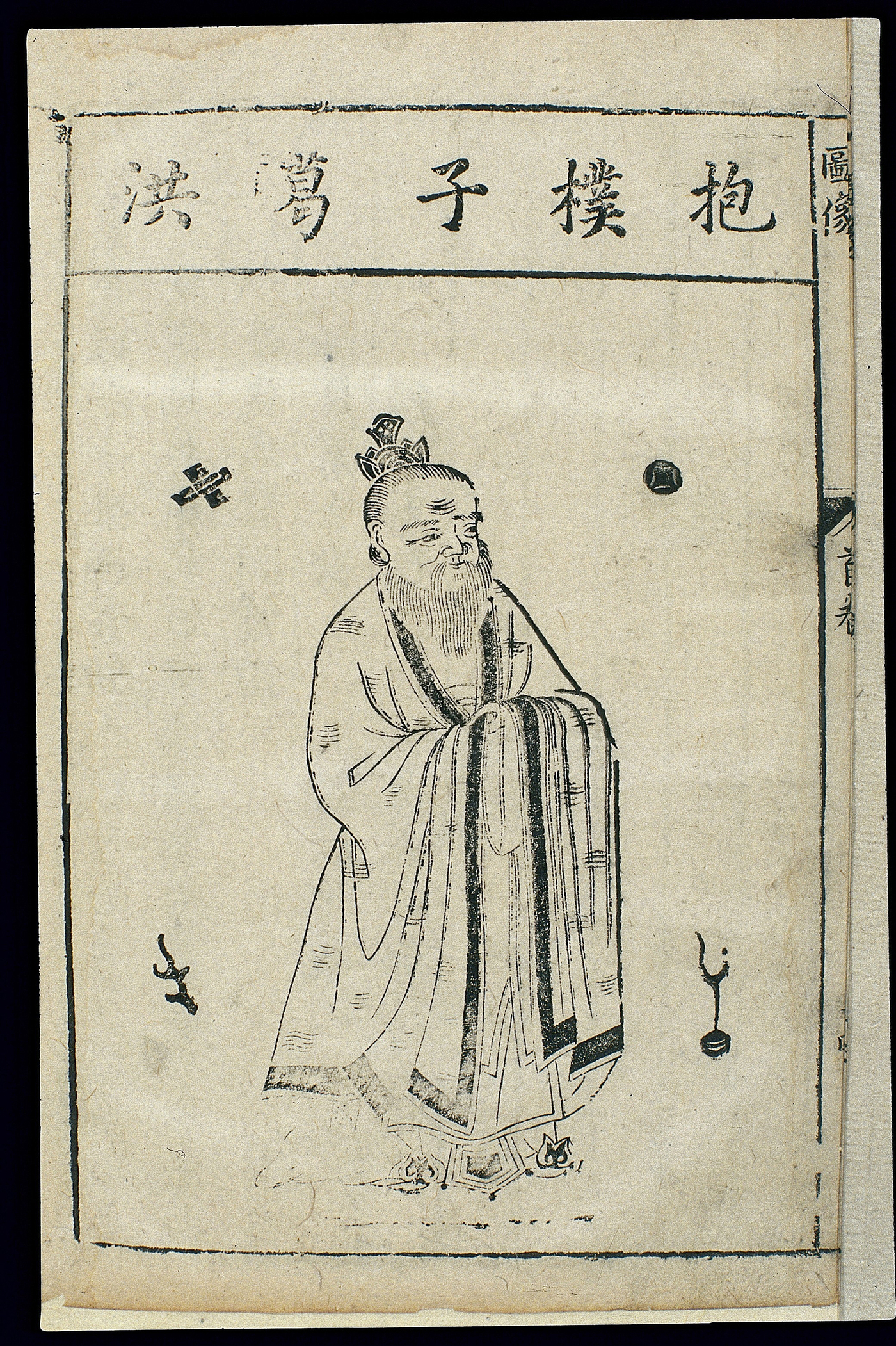 A woodcut portrait of Ge Hong (283–343 AD), an influential Chinese intellectual who talked extensively about the potential benefits of avoiding grains and taking alchemical supplements.

The Chinese monks represented this "fall" as the discovery of agriculture. In Abrahamic religion, it was eating from the tree of knowledge. In either case, bad food is routinely scapegoated as the original cause of our damnation, and we've been trying to eat our way back to paradise ever since.

The mythic narrative of "unnatural" modernity and a "natural" paradise past is persuasive as ever. Religious figures like Adam and Eve have been replaced by Paleolithic man and our grandparents: "Don't eat anything your great-grandmother wouldn't recognize as food," is journalist Michael Pollan's oft-quoted line.

The story also has a powerful moral dimension. It's the Prince of Evil, after all, who tempted Eve. Once secularized, Satan reappears as corporations and scientists who feed us chemical additives, modern grains and GMOs, the "toxic" fruits of sin. (No matter if science doesn't agree that any of these things are very toxic.)

Paradise past. Good and evil. Benevolent Nature with a capital N. The promise of nutritional salvation. After you've constructed a compellingly simple narrative foundation, all you have to do is wrap your chosen diet in scientific rhetoric.

For Chinese monks, that rhetoric involved "five phases theory." For ancient Greeks and Romans it was "humors" — four fluids thought to be the basis of human health. Now it is peer-reviewed studies. Thankfully for diet gurus, the literature of nutrition science is vague, vast and highly contested — just like religious texts — making it easy to cherry-pick whatever data confirm your biases.

But don't just take my word for it. You see, during the course of researching the history of nutrition science and diet fads, I discovered the secret truth about modern illnesses. This allowed me to develop the first real diet that can protect against chronic disease, help you lose weight and extend your life. It turns out, there's a simple reason for all the conflicting nutritional advice, with some people telling you that meat causes cancer, others telling you that cholesterol is essential for brain health, and all them reversing their positions every week.

How was I able to see through the madness? By rejecting conventional thinking and paying attention to genuine science, not myth! And after you read my diet, you'll be able to do the same.

Alan Levinovitz is an assistant professor of religion at James Madison University and the author of The Gluten Lie. American cheese is his one food taboo. Follow him: @top_philosopher