Accessibility links
In Search Of Edible Weeds: Adventures In Urban Foraging By App : The Salt An expert forager has a video and an app for finding weeds to make the ultimate locally grown salad. But even a master foraging app might not lead an amateur to success.

The next time you're out pulling weeds in the garden or stepping over a dandelion sticking out from the cracks of the sidewalk, consider where these wild greens could go: your salad bowl.

In this educational video produced by the design blog Inhabitat, foraging expert "Wildman" Steve Brill showcases seven exotic-sounding but common weeds you can eat: Garlic Mustard, Poor Man's Pepper, Yellow Sorrel, Violet, Field Pennycress, Common Mallow and Cattail. They're scattered all over Central Park in New York City, where Brill takes students on an expedition, and can be found up and down the East Coast in the summer months, too. They're delicious, he says.

The summer salad Brill makes from these weeds is the ultimate locally grown dish that costs nothing. It could become the star of your Fourth of July dinner party or Saturday picnic in the park.

But is foraging for edible weeds in the wild really that easy?

Intrigued by the romantic notion of picking my own greens and communing with nature, I decided to give it a shot, right here in Washington, D.C. I made sure I did my homework the night before — downloading Brill's master foraging app, studying the video and taking notes of all the identifying characteristics of the seven common weeds. I was ready. 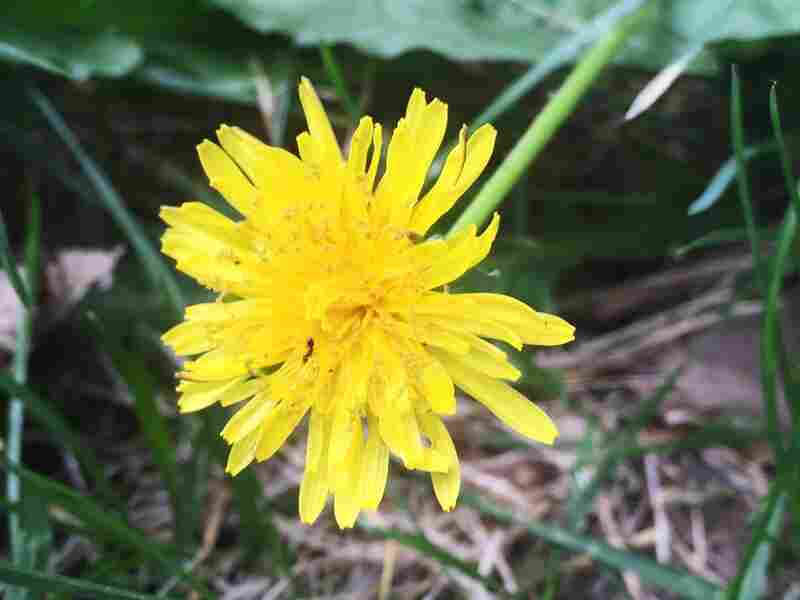 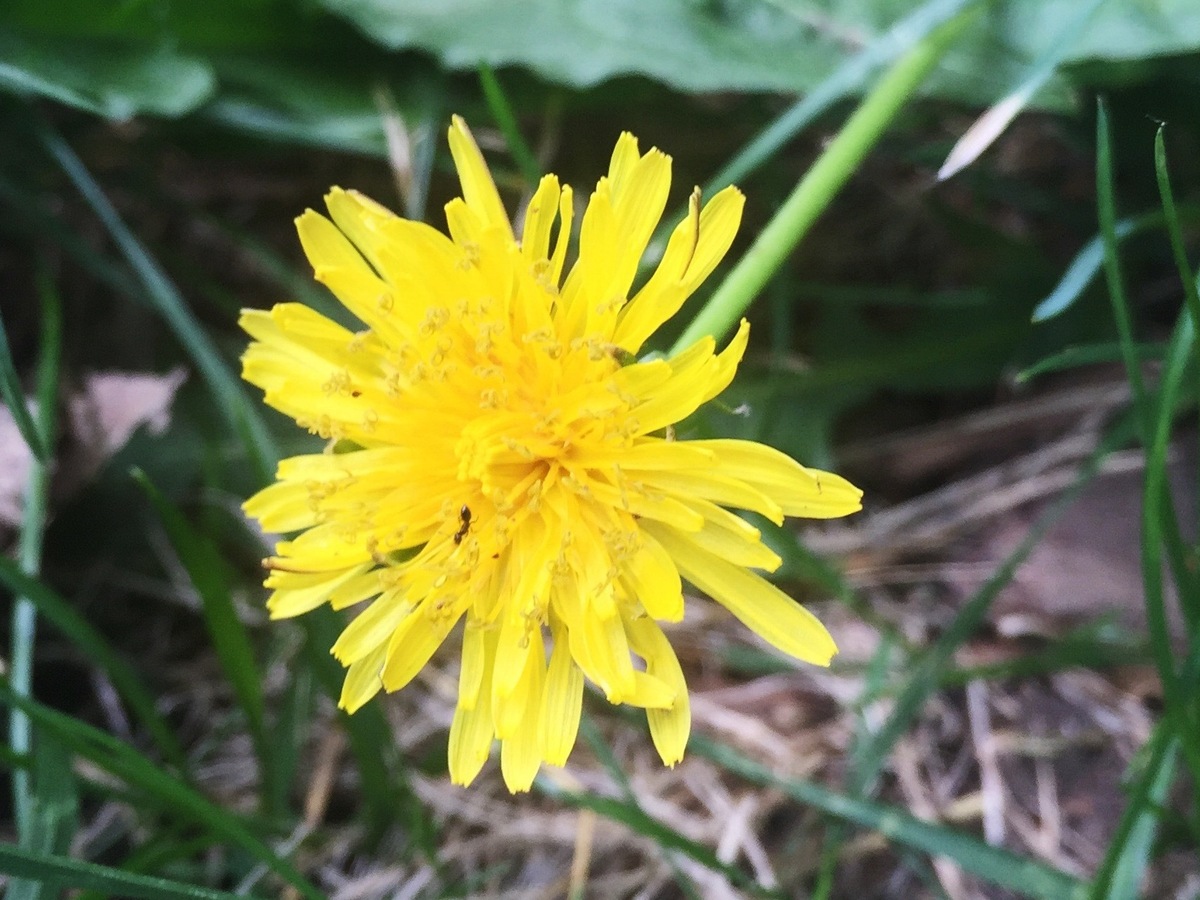 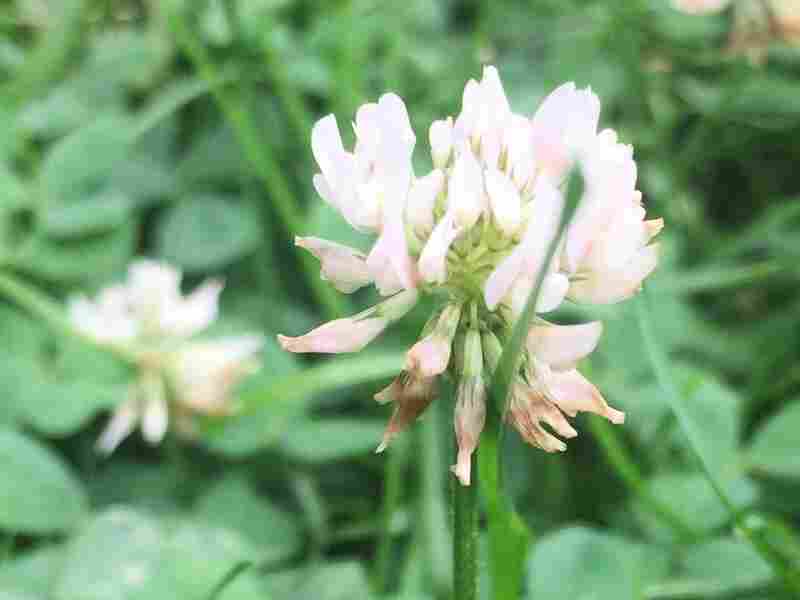 White Clover (Trifolium repens) is edible, but not all that tasty. Ina Yang/NPR hide caption 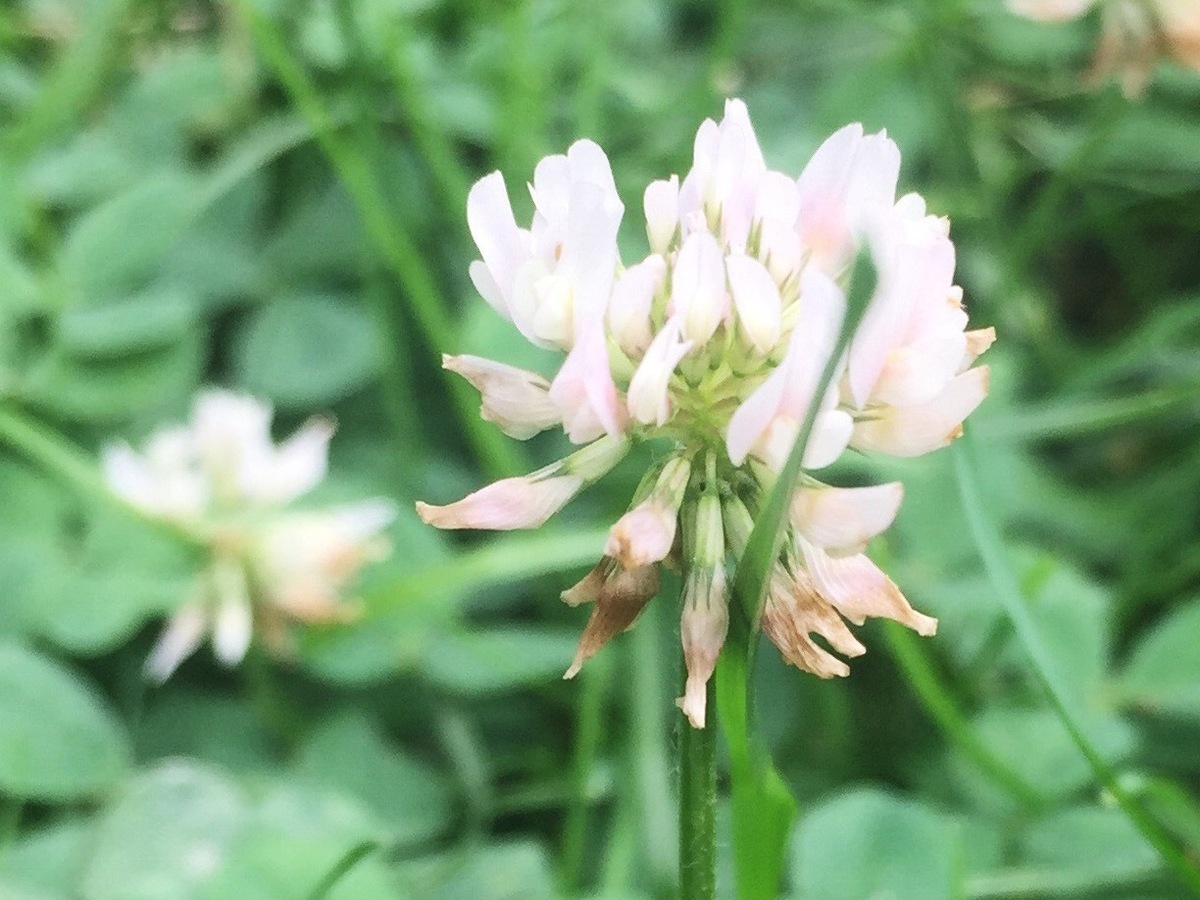 White Clover (Trifolium repens) is edible, but not all that tasty.

I went to Washington, D.C.'s Meridian Hill Park, equipped with nothing but a fully-charged phone and my notebook. If you saw a young adult peeking over benches and crouching down to stare intensely at the grass last Sunday, it was probably me.

It felt like a scavenger hunt, albeit one dependent on technology. I was constantly consulting the app – which inconveniently crashed every time I tried to search for a plant name – and Googling for images and plant descriptions.

How many of the seven common weeds did I find in two-and-a-half hours? None.

Even as a scavenger hunt aficionado, this one was tough. The stifling June afternoon wore me down while the occasional bug sighting made me jittery. (Disclosure: I detest mosquitoes and other small insects.)

I also refused to believe that none of the weeds I found fit the description. I wanted to find something, so I started reversing the process and tried to identify the weeds that I did find with the help of Google – they were dandelion and white clover, both edible weeds. But no luck.

Granted, a book of wild plants might have been handy on this hunt. And perhaps I could have tried DC's Rock Creek Park, which is considerably bigger.

But my experience was probably not all that unusual. For the average urbanite, foraging can be daunting. We may not trust ourselves to correctly identify edible weeds from the poisonous ones. And eating plants growing near where dogs may pee makes us squeamish.

"I think we as a culture have really gotten separated from the source of our food," Philip Stark, a statistician with the Open Source Food Project at the University of California, Berkeley, tells The Salt. "You buy something from the grocery store, a farmer's market, or something shows up on your plate at a restaurant and you don't think about how it came here, you just trust that it's going to be safe and nutritious."

Humans started as hunter-gatherers, and as much as the instinct may be built into my DNA, I don't have the time or energy to hunt and gather my salad on a daily basis. So for now, I think I'll stick with the greens in the grocery store when I crave a salad. (Unless "Wildman" Brill comes to town — maybe I'd give it another go in the shadow of an expert.)