Accessibility links
Once And Future Nut: How Genetic Engineering May Bring Back Chestnuts : The Salt The American chestnut is poised to return — as a bionic, blight-resistant tree. Scientists hope to plant about 10,000 transgenic plantlets to pollinate trees in the "wild."

Once And Future Nut: How Genetic Engineering May Bring Back Chestnuts

Once And Future Nut: How Genetic Engineering May Bring Back Chestnuts 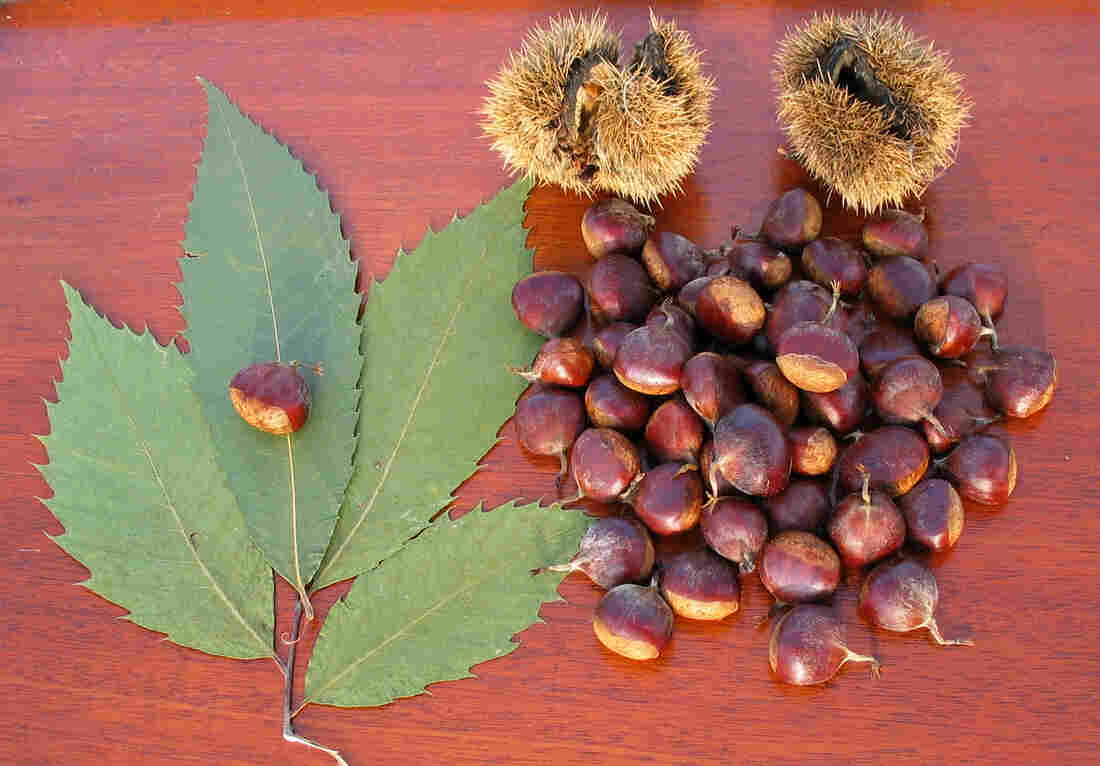 Before blight decimated most of the American chestnut trees in the U.S., one of the great autumn pastimes was collecting the nuts and transforming them into pan-fried bread, porridge, pickles, preserves or cream pie. Timothy Van Vliet/Wikipedia hide caption 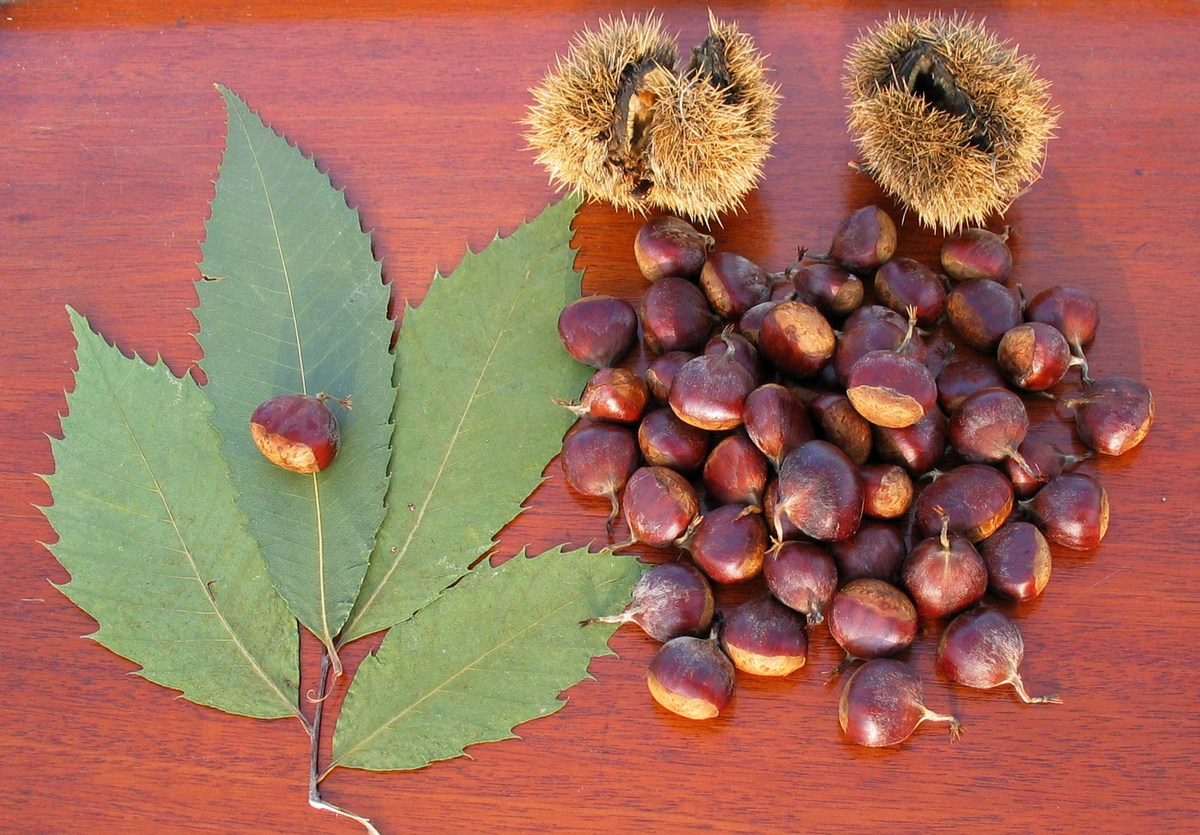 Before blight decimated most of the American chestnut trees in the U.S., one of the great autumn pastimes was collecting the nuts and transforming them into pan-fried bread, porridge, pickles, preserves or cream pie.

One of the great autumn pastimes of the 1800s was nutting — where families, friends and farmers went around clubbing stately chestnut trees, or shinnying up 100-foot tall trunks to pound the branches. A fusillade of nuts would fall to the ground and be scooped up instantly, to be transformed into pan-fried bread, porridge, pickles, preserves, cream pie — and countless other nutritious favorites of colonial times.

Then, in the early 1900s, a plague decimated American chestnut trees. The deadly fungus, known as blight, caught a ride to the U.S. on a much smaller and fungus-resistant Chinese chestnut. The stately, soaring American tree was utterly vulnerable. Almost overnight, a quarter of our Eastern forests — 4 billion trees – vanished and with the trees went a nut that for centuries had nourished wildlife and humans alike.

But now, the American chestnut could return as a bionic, blight-resistant tree, thanks to genetic engineering and a group of dedicated forest "biotechnologists" at the State University of New York College of Environmental Science and Forestry's American Chestnut Research & Restoration Project. 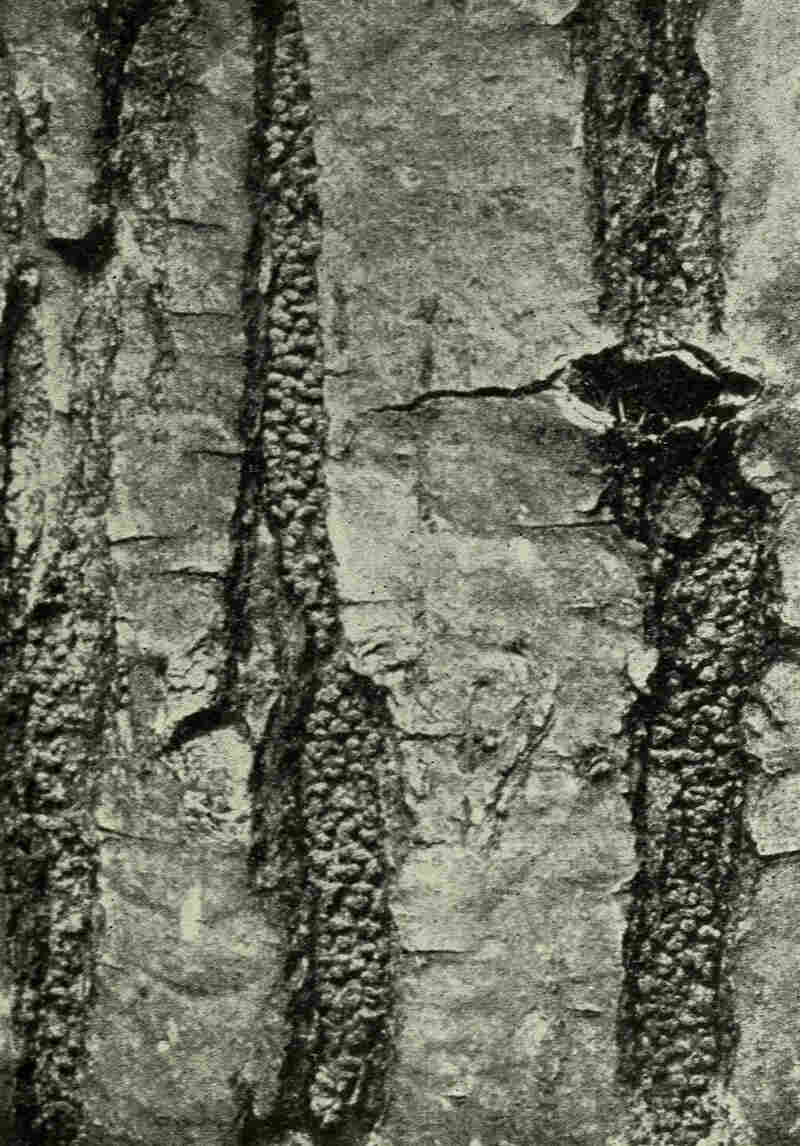 A photo from a 1917 textbook on mycology and plant pathology shows pustules of chestnut blight fungus in the crevices of bark of a fallen chestnut tree in 1913. Internet Archive/Flickr hide caption 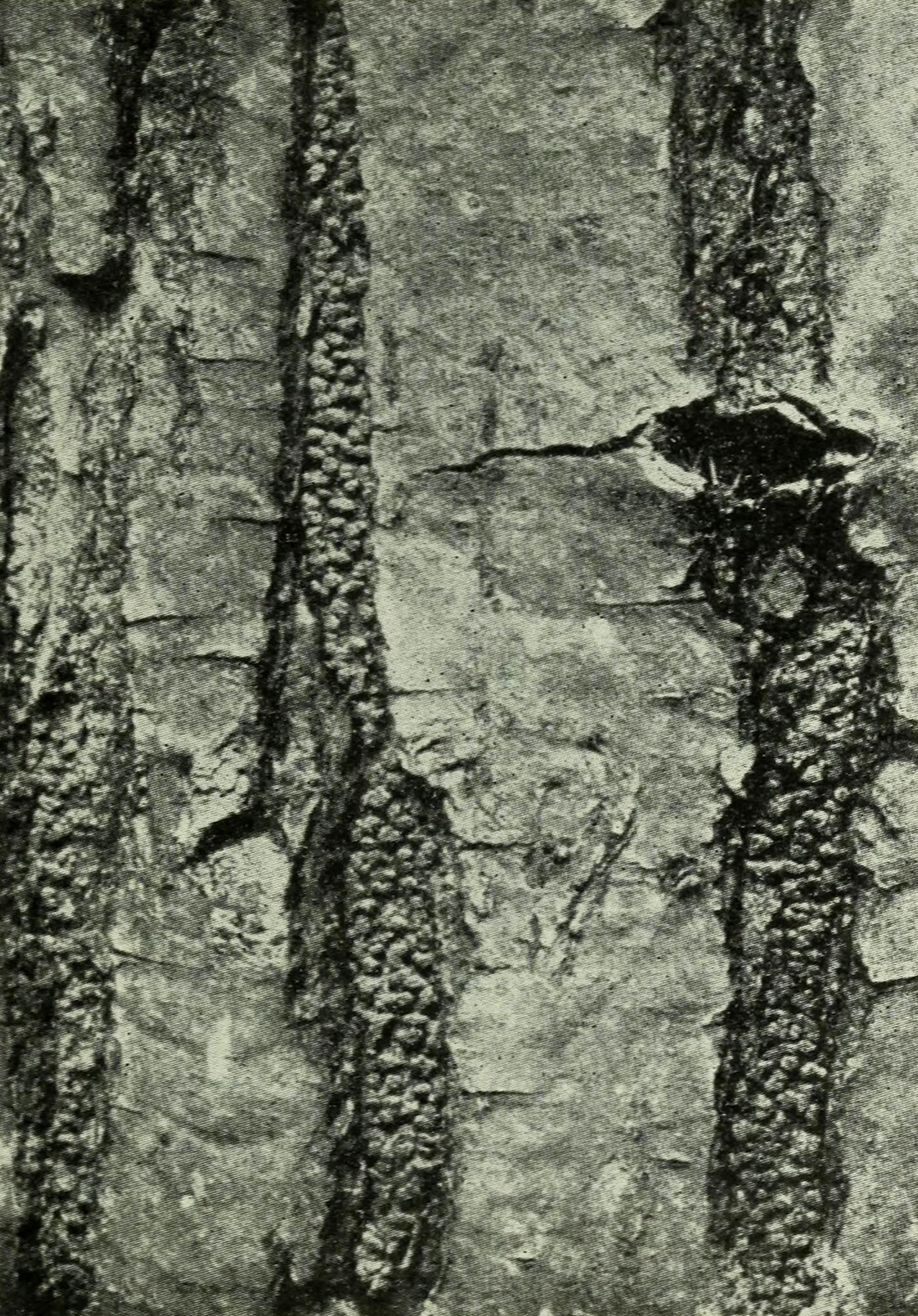 A photo from a 1917 textbook on mycology and plant pathology shows pustules of chestnut blight fungus in the crevices of bark of a fallen chestnut tree in 1913.

Through a series of genetic tweaks worked out over a 25-year period, researchers have bequeathed the chestnut a highly protective gene that bananas, cocoa, wheat and barley have already evolved on their own. So far the transgenic seedlings are proving to be at least as resistant to blight as the hybrid or Chinese chestnuts currently under cultivation in the U.S.

This isn't the first attempt to save the American chestnut. Since 1983, the American Chestnut Foundation has been carrying out a restoration project —selectively breeding a blend of resistant Chinese chestnuts with vulnerable American chestnuts, hoping to transfer enough genes from the Asian trees to create a blight-resistant American tree with the favored height and strength.

They have been slowed, though, by the fact that a panoply of seven genes protects the Asian tree, and all must transfer. Some chestnuts also only tend to succumb to blight after five or ten years, so the foundation must grow the latest generation of trees—which are only 1/16th Chinese—for at least a decade before they can feel confident enough to release seeds to the public.

At SUNY-ESF, in contrast, the scientists transplanted a gene that wheat, barley, cocoa and some fruits already use to protect themselves against fungus. The gene makes an enzyme to degrade an acid produced by the fungus, rendering the fungus harmless. Using special laboratory techniques, the scientists transplanted this gene into chestnut embryos, harvested the few cells that took up the gene, and used those cells to grow a new embryo, nourishing it with all the nutrients it needs to become a "plantlet" or seedling.

The first generations of plantlets proved hardy but not fully immune, so the scientists replaced a genetic "dimmer" switch inside the gene to turn it up so it would produce more enzyme. The latest generation of plantlets have proved more resistant than American chestnut seedlings and hybrid seedlings, according to SUNY forest biotechnologist Andy Newhouse. And, he says, the newer transgenic trees have a similar level of blight resistance as Chinese chestnuts.

"We have about 1,000 plants now in the field," he says. "The best ones are about six feet tall and 2-3 years old, and we've shown that the gene does transfer to the next generation." 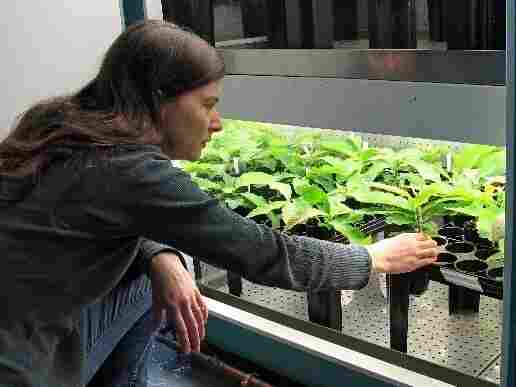 The ultimate plan is to plant about 10,000 transgenic seedlings and grow them big enough to produce enough pollen to pollinate other "wild" and vulnerable American chestnuts. That's not cheap, so in 2014 the scientists organized the Ten Thousand Chestnut Challenge crowdfunding campaign. Their goal was $50,000, but they raised over $100,000. "It was a wildly successful campaign," says Newhouse.

The U.S. Department of Agriculture, Environmental Protection Agency and the Food and Drug Administration are currently reviewing the research and will have to approve it for the plan to move forward.

Not everyone welcomes the idea of transgenic chestnuts, however. The Center for Food Safety, which is broadly anti-GMO, has voiced concern that something might go wrong with the trees after they have spread. A 2013 report by the group noted that "ecological consequences of fungal resistance traits will be difficult to test because so little is known about the American chestnut's normal ecological interactions which are likely to be specific to a site or region."

Allison Snow, a plant population biologist at Ohio State University, says it's harder to evaluate GMO trees for possible ecological risks than crops because trees aren't domesticated and live for decades. "In the case of a very rare species like the American chestnut, I can't think of ecological problems that might come up because of transgenic blight resistance," Snow tells The Salt in an email. "It seems unlikely that these trees could become invasive or harmful to other species. But I would like to see published studies showing that these assumptions are correct."

Chestnuts Welcome At Any Winter Table

Newhouse wants to reassure those who worry about the transgenic chestnuts. "This gene is a common adaptation in nature," he says. "It's so widespread already it's highly unlikely to do any harm. But just to be sure, we carried out metabolomic tests to examine changes in sugars, amino acids, and fatty acids. The changes we found were minor and actually less than natural variation between Chinese and American chestnuts." He estimates that in about five years, the transgenic tree will be approved, and released in the "wild."

Until then, chestnut lovers must rely on nuts produced only seasonally (autumn) by specialty growers who have groves of either Chinese or Dunstan hybrid trees. Glenn Roberts, founder of Anson Mills, an heirloom grain and seed cooperative in Columbia, S.C., is one such purveyor—he produces stone ground grits and flour, along with nuts, every autumn.

"To me, chestnuts have a kind of high plum tang layered over nutty and buttery flavors," Roberts says. "I've made black skillet chestnut bread in bacon fat that has a phenomenal, kaleidoscopic flavor and fragrance." He says he's also a fan of chestnut-finished wild hog barbecue.

And there is always the most popular chestnut dessert of the 1800s—chestnuts preserved in boiling cane syrup topped with vanilla ice cream and whipped cream. If chestnuts ever become plentiful again, it perhaps could be served throughout the year once more.