Accessibility links
Sans Artificial: General Mills Scrambles To Reformulate Lucky Charms : The Salt The company has pledged to ditch artificial colorings and flavorings from all of its cereals by the end of 2016. But those iconic rainbow-colored marshmallow charms might take longer to revamp. 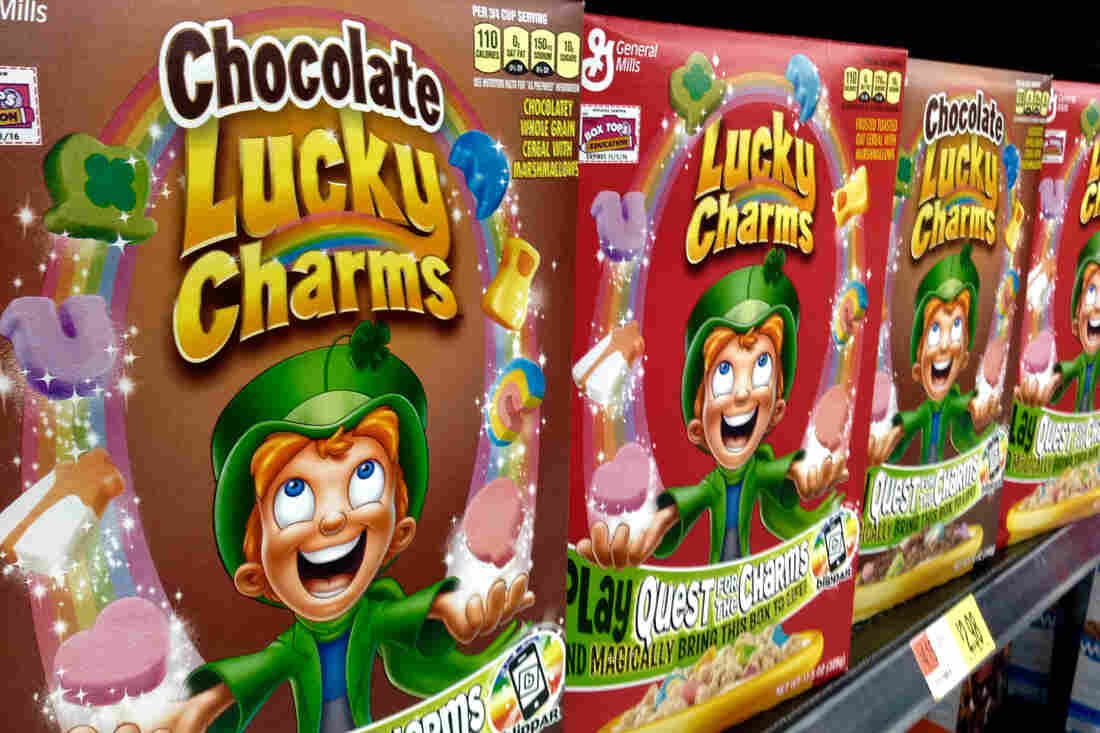 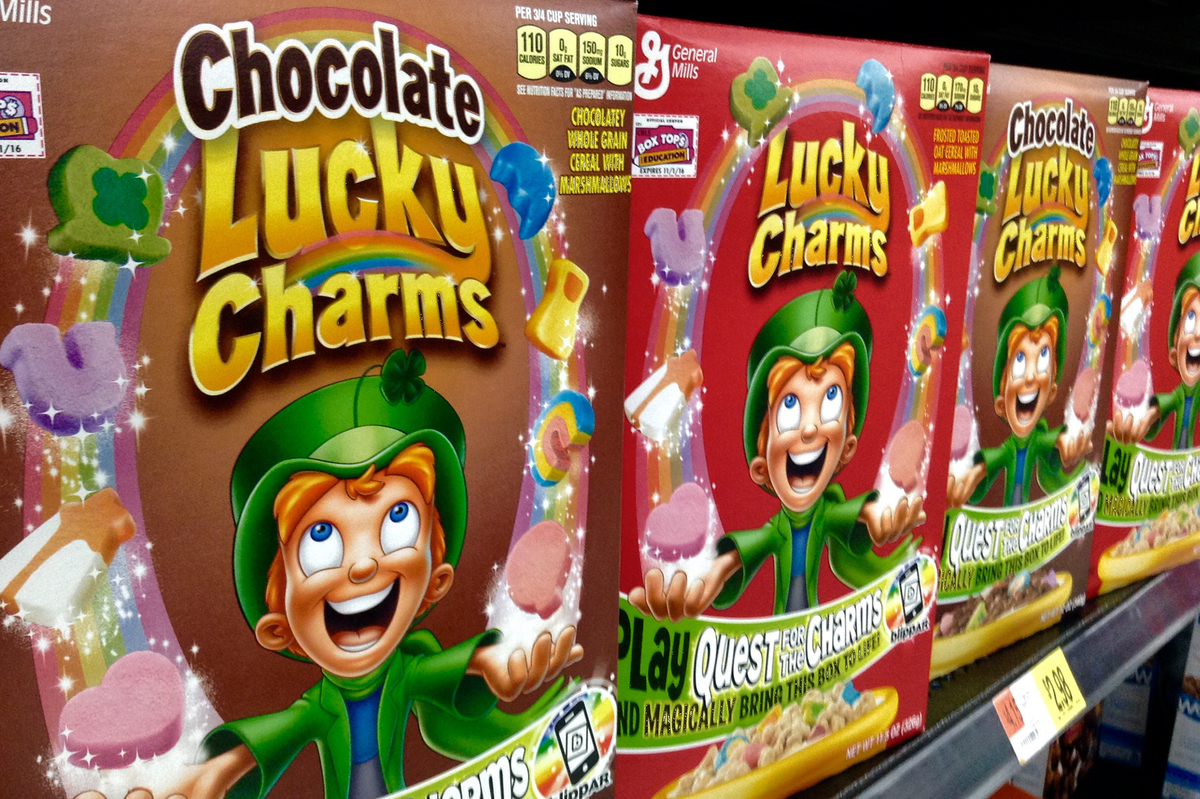 Brace yourself, leprechaun: General Mills wants to ditch the artificial colorings and flavorings in your Lucky Charms.

We hate to break it to you, Mr. Leprechaun, but someone really is after your Lucky Charms: General Mills.

Or more specifically, it's after the artificial colorings used to give the cereal its trademark rainbow-colored marshmallow shapes. General Mills on Monday announced it will remove artificial colors and flavors from all of its cereals.

The company's iconic Cheerios brand has been artificial-free for years now, as have other General Mills brands. But 40 percent of General Mills' cereals still contain artificial ingredients, including Trix, Reese's Puffs and yes, Lucky Charms. Under the new commitment, they'll be getting a makeover, too.

The move comes as other food companies, including Nestle, Hershey's, Subway and Panera, have made similar announcements regarding the removal of artificial colorings and other ingredients.

In a blog post on the company's website, Jim Murphy — the president of General Mills' cereal division — said, "We're simply listening to consumers and these ingredients are not what people are looking for in their cereal today."

Panera Is The Latest To Drop Artificial Ingredients From Its Food

So, what will consumers notice? Not much in terms of color changes, though Murphy says that Trix may look a "bit different," as the colors made from artificial sources are swapped out.

For instance, General Mills will use a mix of spice extracts — including turmeric and annatto — to maintain yellow and orange hues. And to get that funky purple and red coloring, the company will use fruit and vegetable juice. One wonders whether blueberry juice can deliver the same deep, hyper-intense hues that kids are accustomed to seeing in Trix cereal.

So what's the biggest hurdle? It seems taking the artificial ingredients out of the Lucky Charms marshmallow may take a little time to figure out.

General Mills says it hopes to complete the reformulations by the end of 2016, "but cereals that contain marshmallows, like Lucky Charms and our Monster cereals ... make take longer," the company explains in a blog post.

As we've reported, artificial food dyes have been controversial. Some studies have found a link to hyperactivity in children.

But the evidence to support this link is mixed. As Andrew Adesman, a spokesperson for the American Academy of Pediatrics, told us, there's a growing body of evidence to show that food colorings can affect some children's behavior. "On the other hand, these effects are relatively modest," he said.

Regardless of the science, consumer surveys (including Nielsen's Global Health and Wellness Survey) show that moving toward more natural, simpler foods and ingredients is a goal a growing number of Americans share.