Accessibility links
As Tastes Shift, Food Giant General Mills Gets A Makeover : The Salt General Mills is one of the world's most successful food companies, with iconic brands like Green Giant. But fast-changing tastes are forcing it and other food firms to innovate to stay relevant. 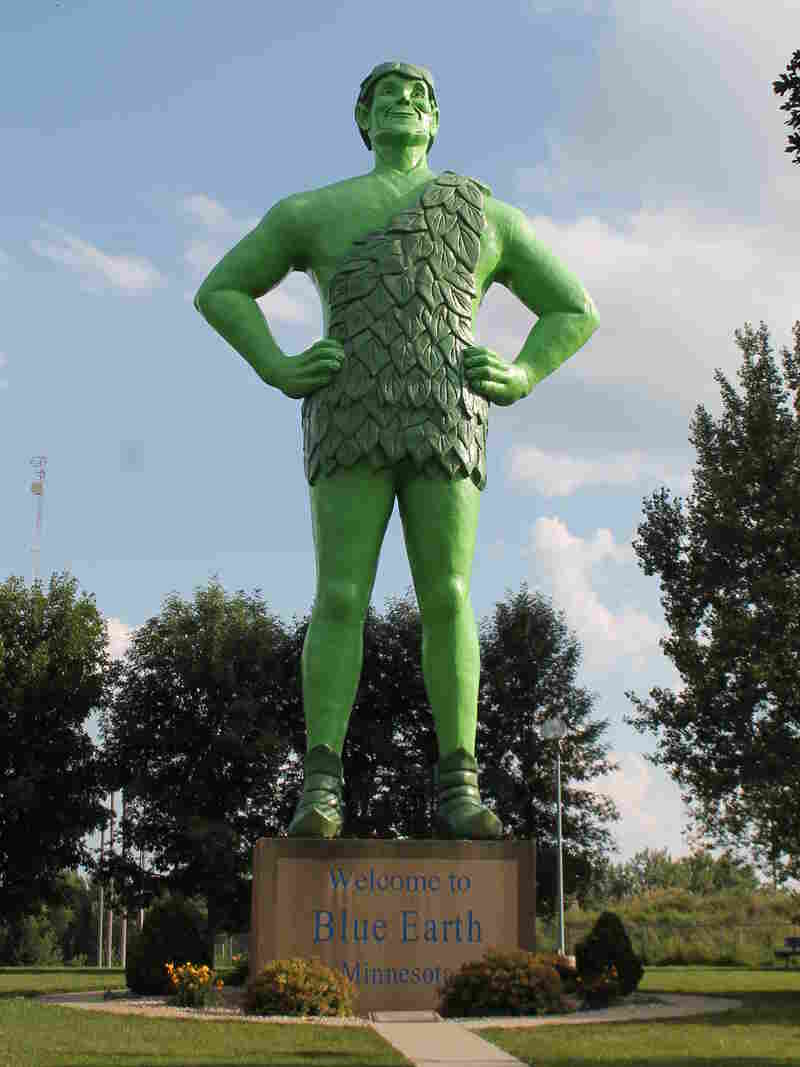 This 55-foot-tall statue of the Jolly Green Giant — the instantly recognizable icon for General Mills' Green Giant line of frozen vegetables — is in Blue Earth, Minn., about 100 miles away from the company's headquarters in Minneapolis. Robin Zebrowski/Flickr hide caption 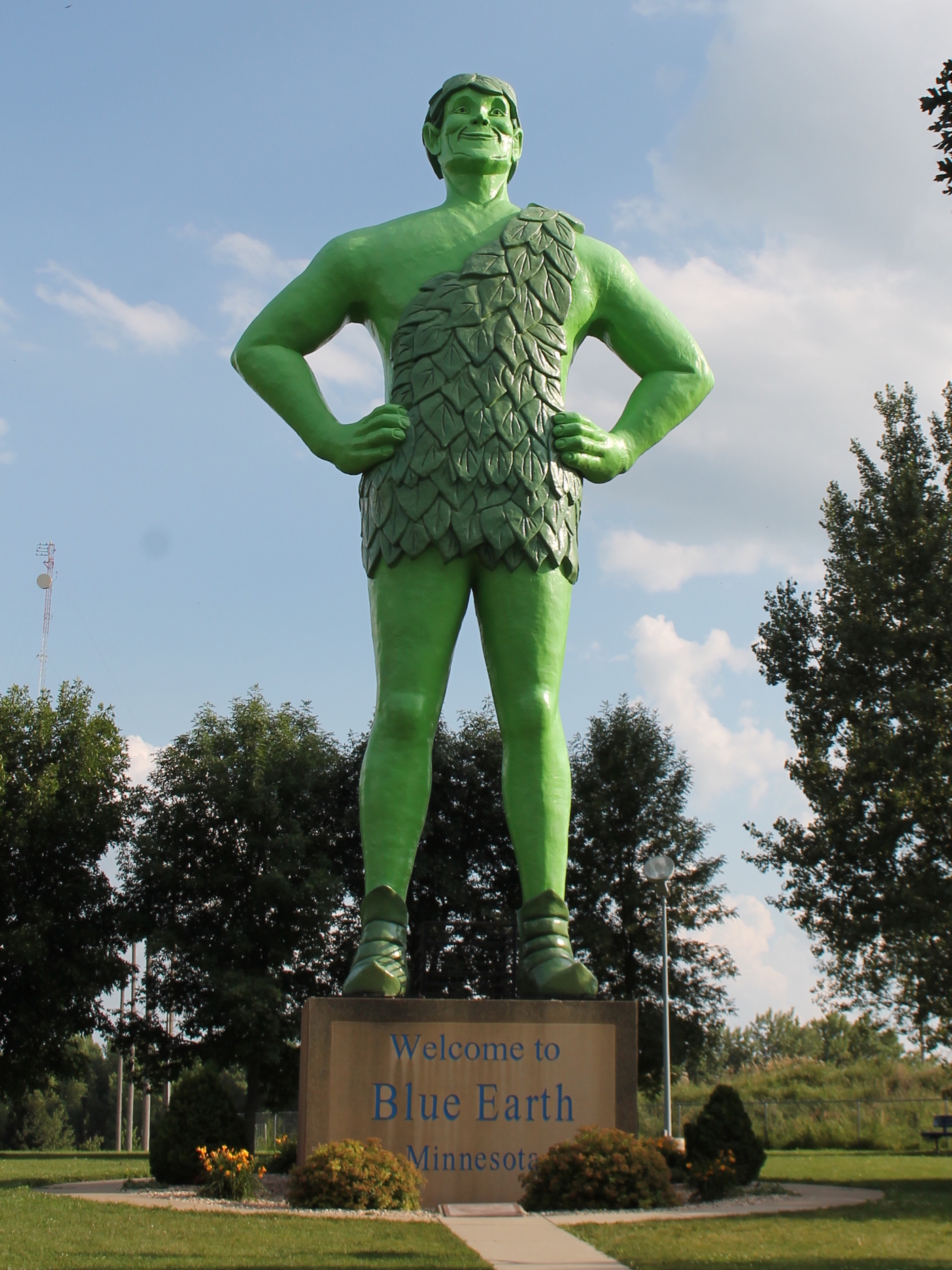 This 55-foot-tall statue of the Jolly Green Giant — the instantly recognizable icon for General Mills' Green Giant line of frozen vegetables — is in Blue Earth, Minn., about 100 miles away from the company's headquarters in Minneapolis.

It's not just the Lucky Charms that are getting a makeover at General Mills. The company's announcement Monday that it is removing artificial colors and flavors from its cereal line is part of a much bigger overhaul at the food giant.

General Mills is one of the biggest and most successful food firms in the world, with dozens of immediately recognizable brands. But, like all food companies, it is having to navigate a landscape where food tastes are changing fast, and familiar products no longer hold as much as sway with customers.

Inside a test kitchen at General Mills research facility in Minneapolis, we got a peek at the company's efforts to reinvent itself. A food developer cuts open a bag of frozen vegetables mixed with lentils and empties them into a pan. It's part of a new line of Green Giant products coming out this summer.

Before now, Green Giant's frozen vegetables were usually boiled stovetop or microwaved. And they were heavy on sauces like broccoli with cheese. Christine Shearer, a product developer at General Mills, says the new products are meant to be sauteed quickly, which gives them a lot more texture than microwaved vegetables.

"I always thought I hated Brussels sprouts when they were boiled," she says. But, she says, it's all about preparation.

"Sauté them up, get a little bit of caramelization on it — the browning — the seasoning, and then throw a little of bit of bacon in there. Bacon makes Brussels sprouts wonderful," she says with a laugh. 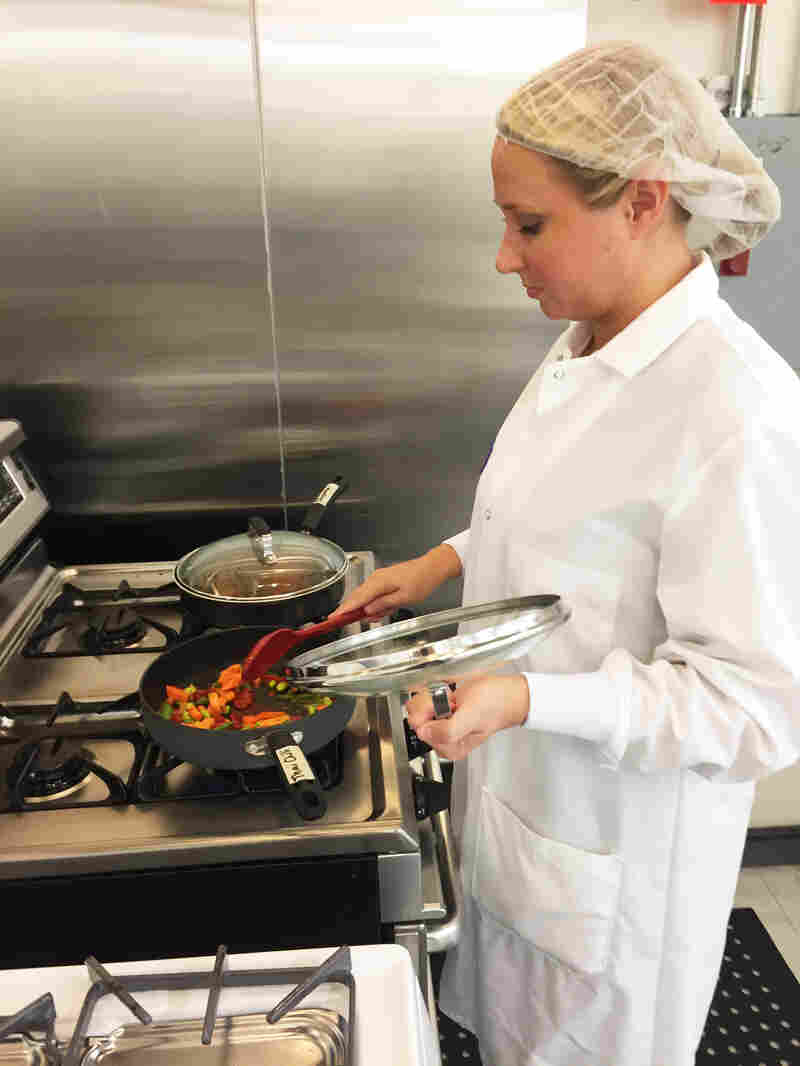 Product developer Erin Schutt was part of a team that came up with a new line of frozen vegetables for General Mills' Green Giant brand. Jim Zarroli/NPR hide caption 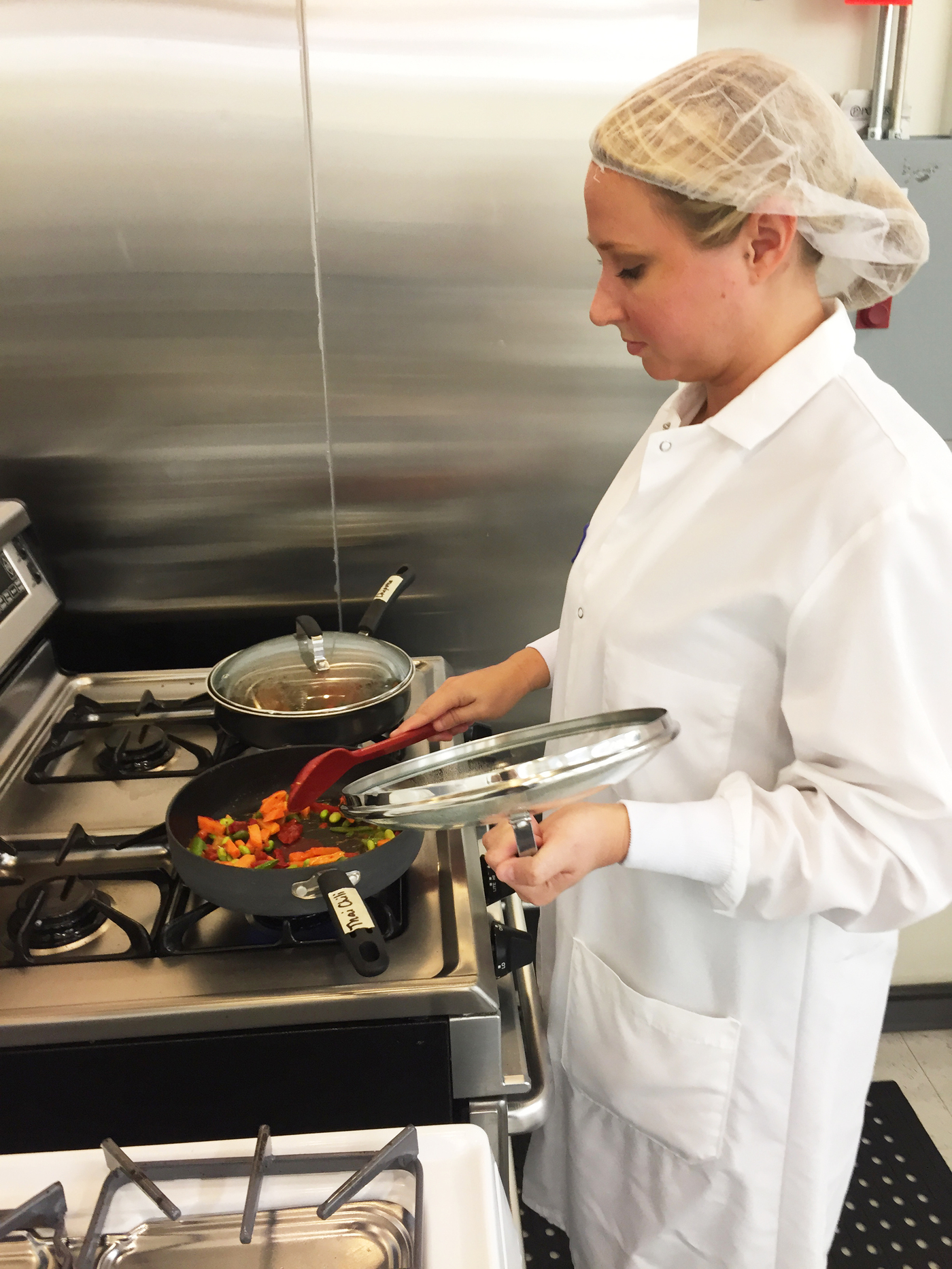 Product developer Erin Schutt was part of a team that came up with a new line of frozen vegetables for General Mills' Green Giant brand.

Shearer was part of a team at General Mills that recently worked on updating Green Giant, which sells some 140 different kinds of vegetable products. More than a century after it was founded as the Minnesota Valley Canning Company, Green Giant remains one of the most famous brands in the world.

At a time when many consumers say they want to eat healthier foods, Green Giant might seem to be in a strong position. But consumers are increasingly demanding that their vegetables be fresh, and they want to know where their produce came from.

This new interest in fresh foods has slowly eaten away at frozen food sales, says Justin Massa, founder of the research firm Food Genius. And customers aren't just drifting away from the frozen food aisle. Massa says they're increasingly seeking out new and different food types — they're savvier about food and more comfortable with diversity. And this is hurting a lot of traditional brands.

"I think there's been a pretty dramatic shift across the grocery aisle in the last five years," Massa says. "There's kind of very few sacred cows in the grocery store."

Massa says sales of traditional cereals, for instance, have stalled over the past five years. Ann Simonds, chief marketing officer at General Mills, says that the slowdown in growth leaves companies with a choice: They can cut costs by merging, like Heinz and Kraft did earlier this year. Or they can try to increase revenues with products that keep pace with consumer demands. Simonds notes that General Mills has recently introduced gluten-free Cheerios and low-sugar Yoplait.

"We personally believe that in the long term, our shareholders, our employees, the consumers we serve will be better off if we remain focused on innovation and growth, while at the same time very responsibly managing our cost structure," she says.

Simonds says this is an exciting time to be in the food business. But for big companies like General Mills, it's also challenging. Massa says big companies hoping to prosper have to make big bets.

"If they're going to add a new capacity to a manufacturing plant, that's a $30 to $75 million investment. They need to make a really, really big wins when they make those big bets, and that's just harder and harder to do," he says.

Massa says big food companies often serve as stewards of iconic brands, keeping them going year after year. But if they want to grow, they also have to find a way to keep those brands relevant to modern consumers.