Accessibility links
Do Organic Farmers Need Special Seeds And Money To Breed Them? : The Salt Organic farmers say they need crop varieties that were bred specifically for conditions on their farms. Clif Bar & Company decided to back their cause with up to $10 million in grants.

Do Organic Farmers Need Special Seeds And Money To Breed Them?

Do Organic Farmers Need Special Seeds And Money To Breed Them? 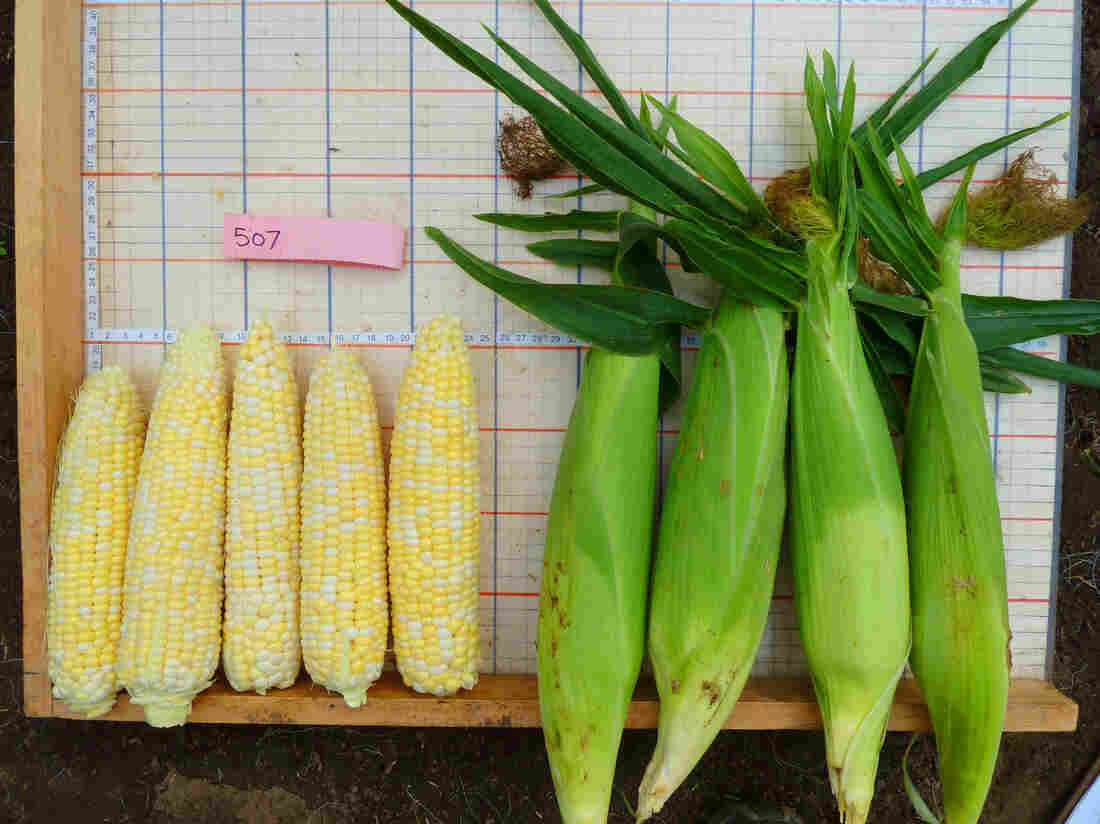 "Who Gets Kissed" corn is a variety bred in Wisconsin specifically for organic farmers. It's named for an old game. At corn husking time, a lucky person who found a rare ear of corn with red kernels had the right to kiss anyone that he or she chose. Courtesy of Adrienne Shelton hide caption 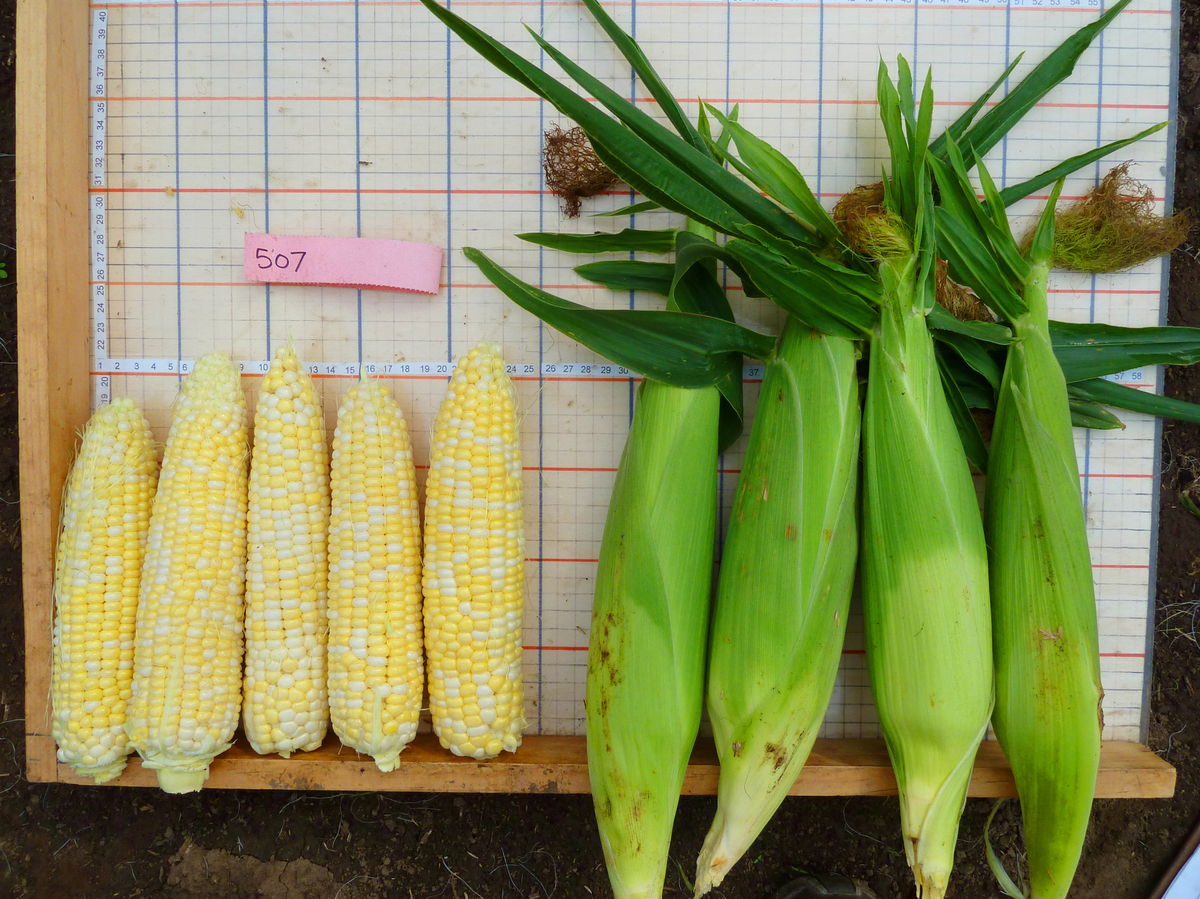 "Who Gets Kissed" corn is a variety bred in Wisconsin specifically for organic farmers. It's named for an old game. At corn husking time, a lucky person who found a rare ear of corn with red kernels had the right to kiss anyone that he or she chose.

Rearranging veggie genes is big business, and we're not even talking about biotechnology. Private companies and university researchers spend hundreds of millions of dollars every year breeding better genetic varieties of food crops.

But organic farmers say those programs have a big blind spot when it comes to figuring out which new varieties are truly better. Few companies or researchers test those varieties under organic conditions.

"The first axiom of plant breeding is, you breed for the environment of intended use," says Matthew Dillon, who founded a group called the Organic Seed Alliance. The problem is, organic fields and conventional fields can be very different environments, thanks to big differences in the ways that farmers deal with weeds and insect pests.

For an organic farmer, Dillon says, the ideal bean variety would be one that's capable of fending for itself in a hostile environment. Perhaps it starts growing quickly enough to get a head start on the weeds, or finds a way to fend off insect pests, or develops a bigger root system to extract nutrients from the soil.

None of those genetic traits, though, would allow it to shine in a typical test plot where weeds are controlled with herbicides, nutrients come from synthetic fertilizer, and farmers fight off insects with standard insecticides.

Dillon founded the Organic Seed Alliance to promote the development of seeds for organic farmers. To be clear, these seeds are different from certified organic seeds which are produced in organic fields, but in most cases were originally created and selected, by plant breeders, in conventional fields.

Dillon organization received some small grants from the Clif Bar Family Foundation, and eventually Clif Bar decided to give this cause a big boost.

"Kit Crawford [the co-founder of Clif Bar] approached me and said, 'Hey, we're recognizing that, if we want to make change in the world of food and farming, we need to start with the seed,' " Dillon recalls. 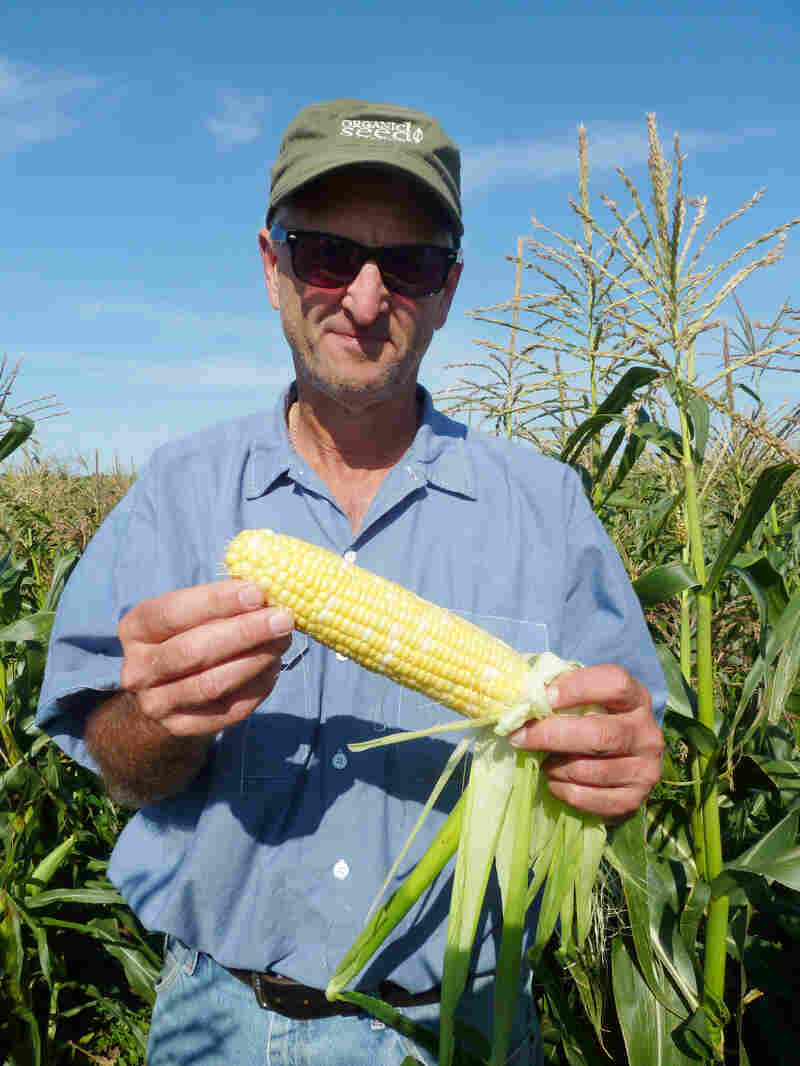 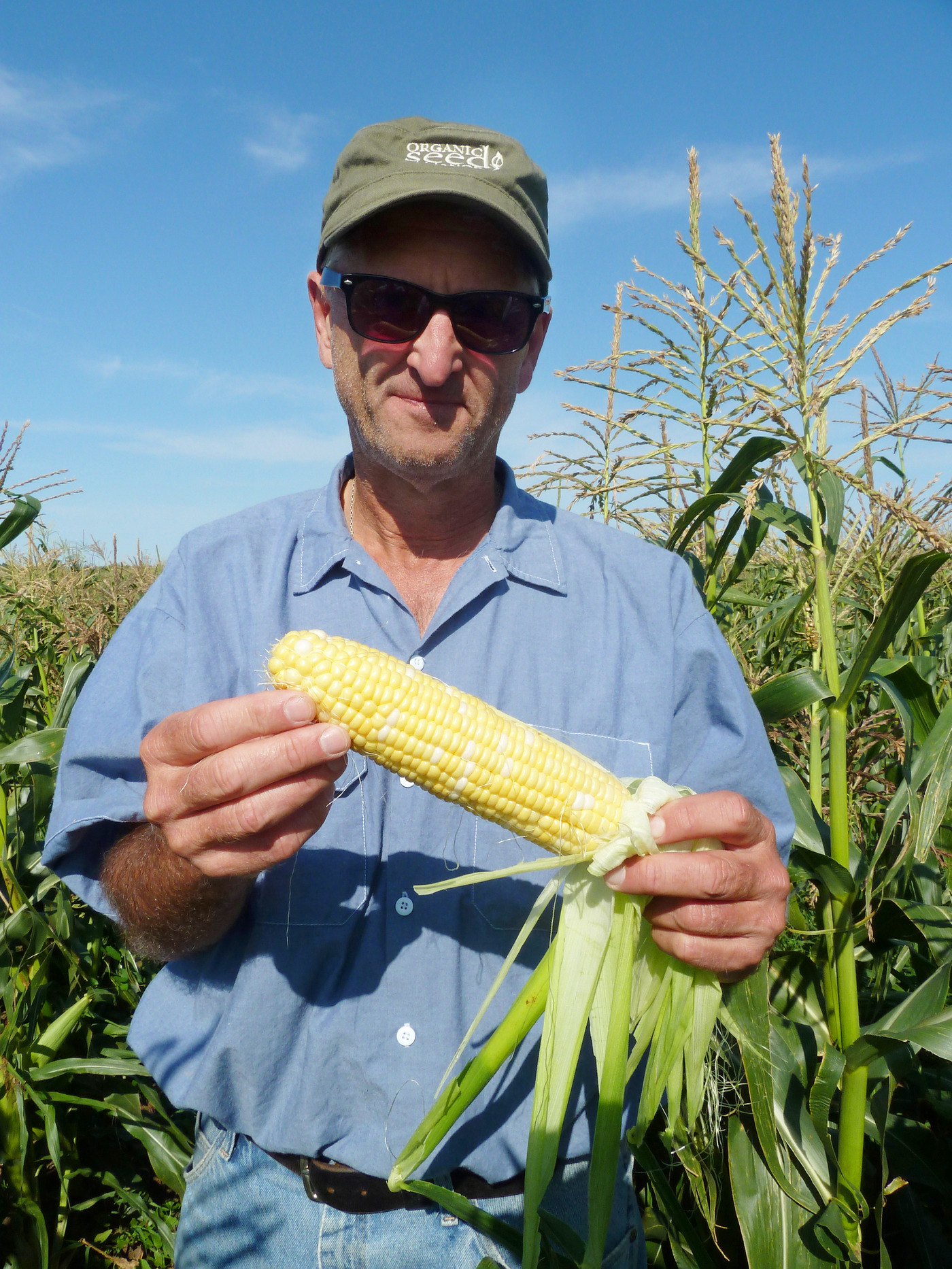 Bill Tracy, who breeds organic versions of sweet corn in Wisconsin, recently released one called "Who Gets Kissed."

Dillon went to work for Clif Bar & Company, which uses a lot of organic ingredients, as director of agricultural policy. He's also in charge of a "Seed Matters" initiative at the Clif Bar Family Foundation. His new employer, has now promised to fund organic breeding endowments at five universities, at a cost that could reach $10 million. The first $2 million endowment will be established at the University of Wisconsin-Madison. Organic Valley, a farmer cooperative based in Wisconsin, matched Clif Bar's contribution to the university.

A few plant breeders at Wisconsin already have been working on seed varieties for organic farmers. Bill Tracy, who breeds new versions of sweet corn, recently released a new one called "Who Gets Kissed." Among sweet corn breeders, "I think I have the only organic seed program," Tracy says. Currently about 20 percent of Tracy's breeding program is aimed at organic farming.

The name of his new variety refers to an old game that was played in times when people grew corn that was genetically diverse. At corn husking time, a lucky person who found a rare ear of corn with red kernels had the right to kiss anyone that he or she chose.

This new variety, Tracy says, is particularly good at competing with weeds, and it has good resistance to diseases. It is also an old-style "open-pollinated" variety, rather than a hybrid. This means that farmers can use part of their harvest as seed for the next year.

A Tale Of Two Seed Farmers: Organic Vs. Engineered

In the future, Tracy says, he's hoping to create sweet corn varieties that are less prone to infestation by insects such as the corn ear worm. Biotech companies have created genetically engineered versions of corn with powerful insect resistance, but organic farmers have rejected the use of GMOs. Tracy hopes to find natural genetic resistance to insects in varieties of corn that grow in tropical regions, and introduce those genetic traits, through cross-pollination, into sweet corn varieties that American consumers like to eat. "Flavor is most important," he says.

Tracy doesn't expect to achieve the same almost-total resistance to ear worms as GMOs offer, but "I'd love to get to 50 percent resistance."

Breeders like Tracy will have the chance to apply for additional funding from the Clif Bar-funded endowment. And he says he's excited about the opportunity. The endowment will produce enough funding at least for an additional graduate student or field technician.