Accessibility links
Do Try This At Home: 3 Korean Banchan (Side Dishes) In One Pot : The Salt If you've ever eaten at a Korean restaurant, you're used to the endless side dishes that come out with the meal. They're called banchan, and they're remarkably simple to make for yourself.

Do Try This At Home 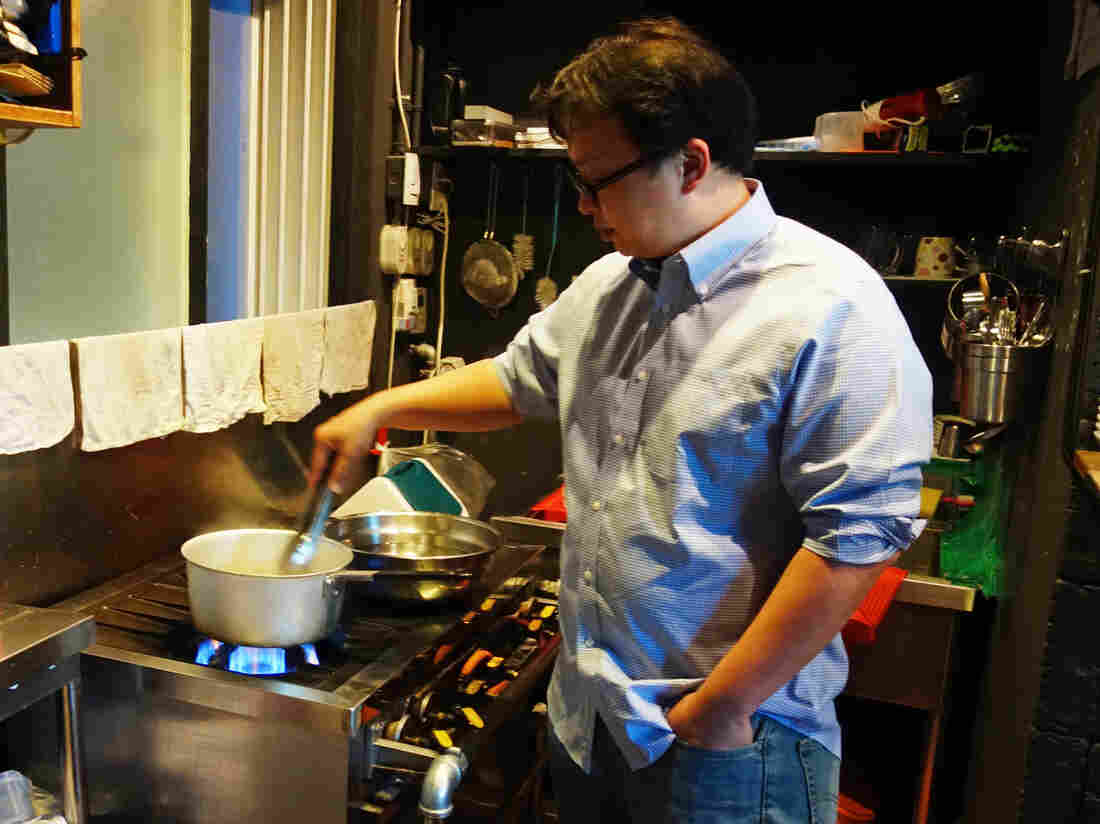 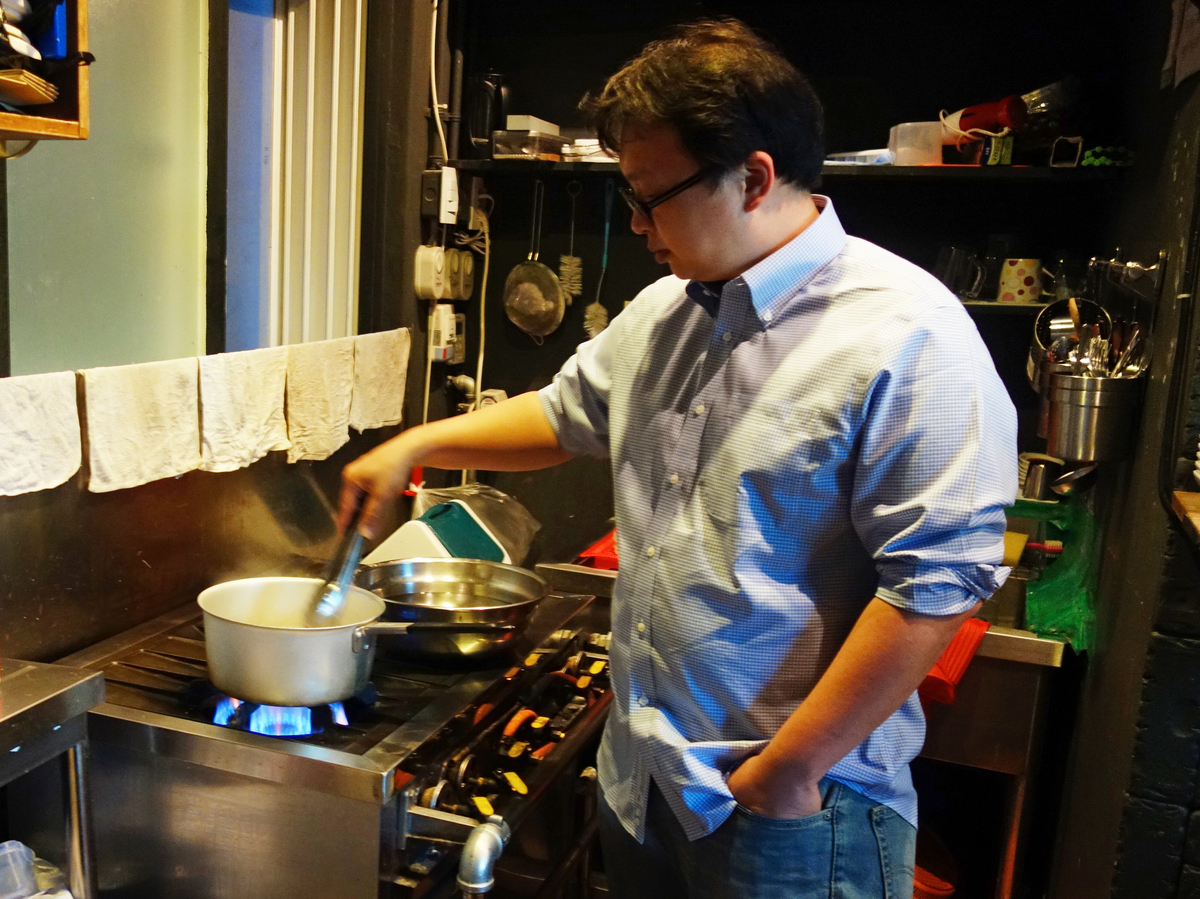 Dan Gray is a restaurateur and food blogger in Seoul, South Korea.

This summer, NPR is getting crafty in the kitchen. As part of Weekend Edition's Do Try This At Home series, top chefs are sharing their cleverest hacks and tips — taking expensive, exhausting or intimidating recipes and tweaking them to work in any home kitchen.

This week: We go to Seoul, South Korea, to make banchan — those endless small plates of pickles and veggies that traditionally accompany rice or soup.

Korean-American Dan Gray has lived in Seoul for more than a decade. He says no meal is complete without banchan.

"With a Korean meal, you always have to have some side dishes," Gray says. "If you went to a Korean place and it didn't have any side dishes, you'd know that place is really poor. It's really bad. You shouldn't be there."

Gray is a restaurateur and food blogger, writing at Seoul Eats. He also loves to cook. He just doesn't have a lot of time for it. So he's constantly looking for clever hacks and shortcuts to make dinner time a little simpler. 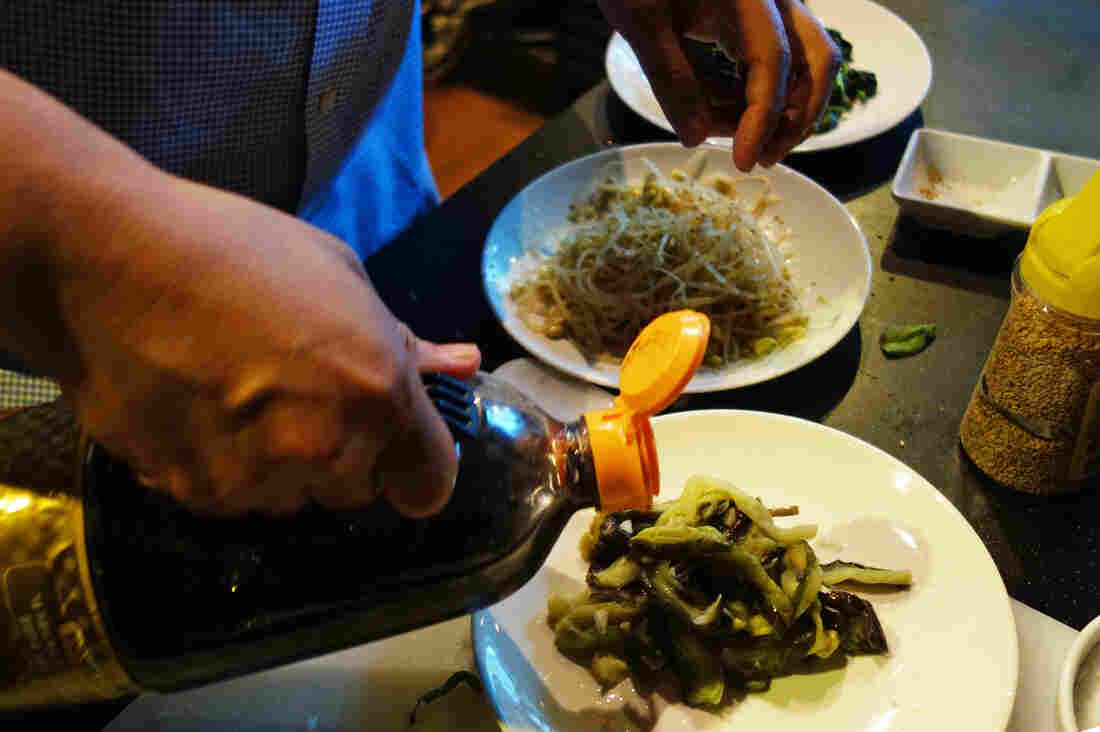 Gray seasons the eggplant banchan with sesame oil. Red pepper flakes can be added to the eggplant to taste, as well. Elise Hu/NPR hide caption 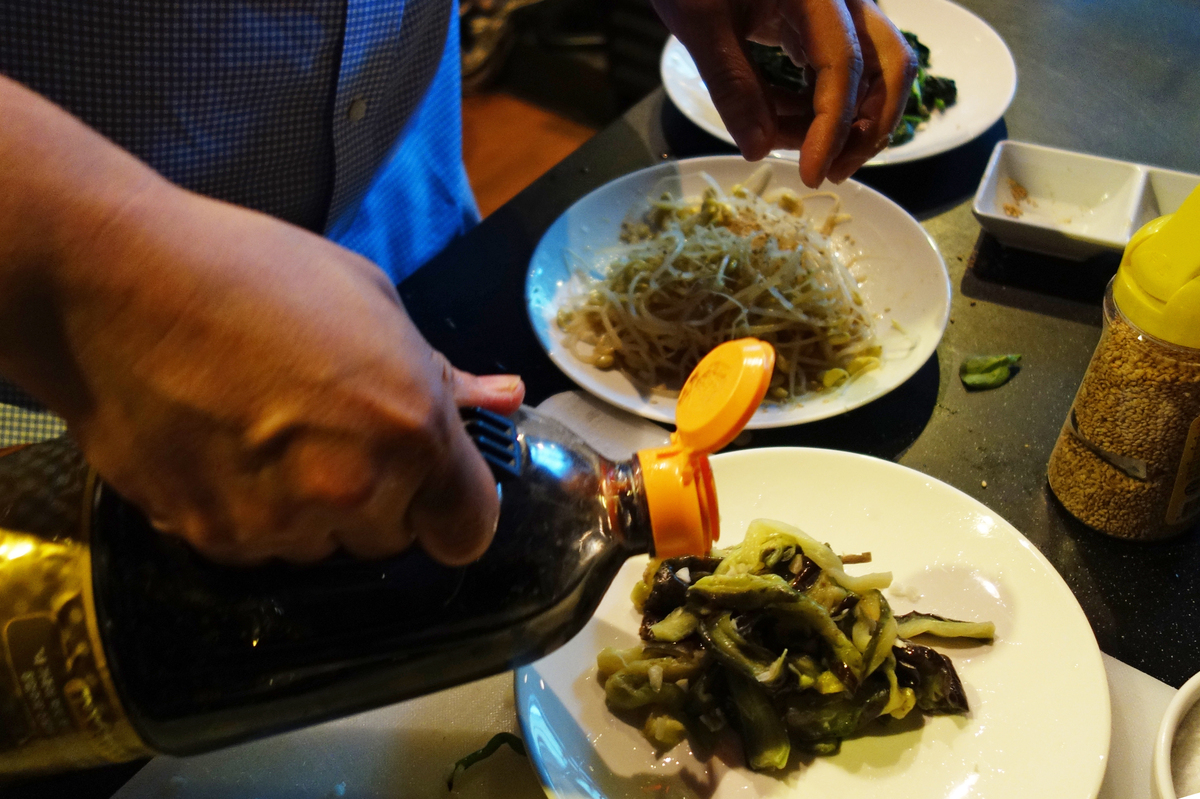 Gray seasons the eggplant banchan with sesame oil. Red pepper flakes can be added to the eggplant to taste, as well.

Banchan are part of what's popularizing Korean food around the globe. There are many different kinds of banchan, and they're typically served in smaller portions — banchan literally translates to "half-plate."

So the hard way requires preparing each different type of banchan individually — each in small quantities.

Gray can make three types of colorful banchan in a single pot, using the same water. And he can do it quickly — just 17 minutes, in the demonstration he gave us.

"This is really a hack," Gray says. "This is like the bachelor's way of making side dishes. Sorry, but your Korean mother will hate me making it this way."

One bunch (about 1 lb) of soybean sprouts, rinsed and drained

One bunch of spinach, washed

One large pot for boiling

One large pot filled with cold water and ice for shocking

Tongs or strainer to remove veggies from pot 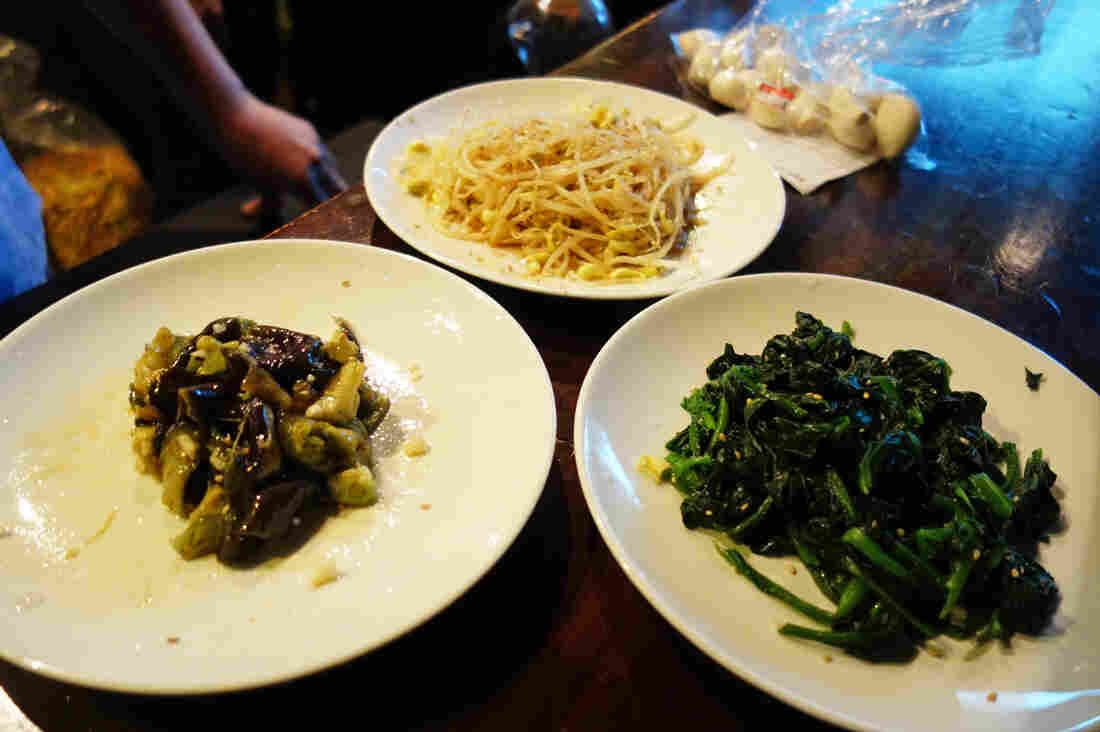 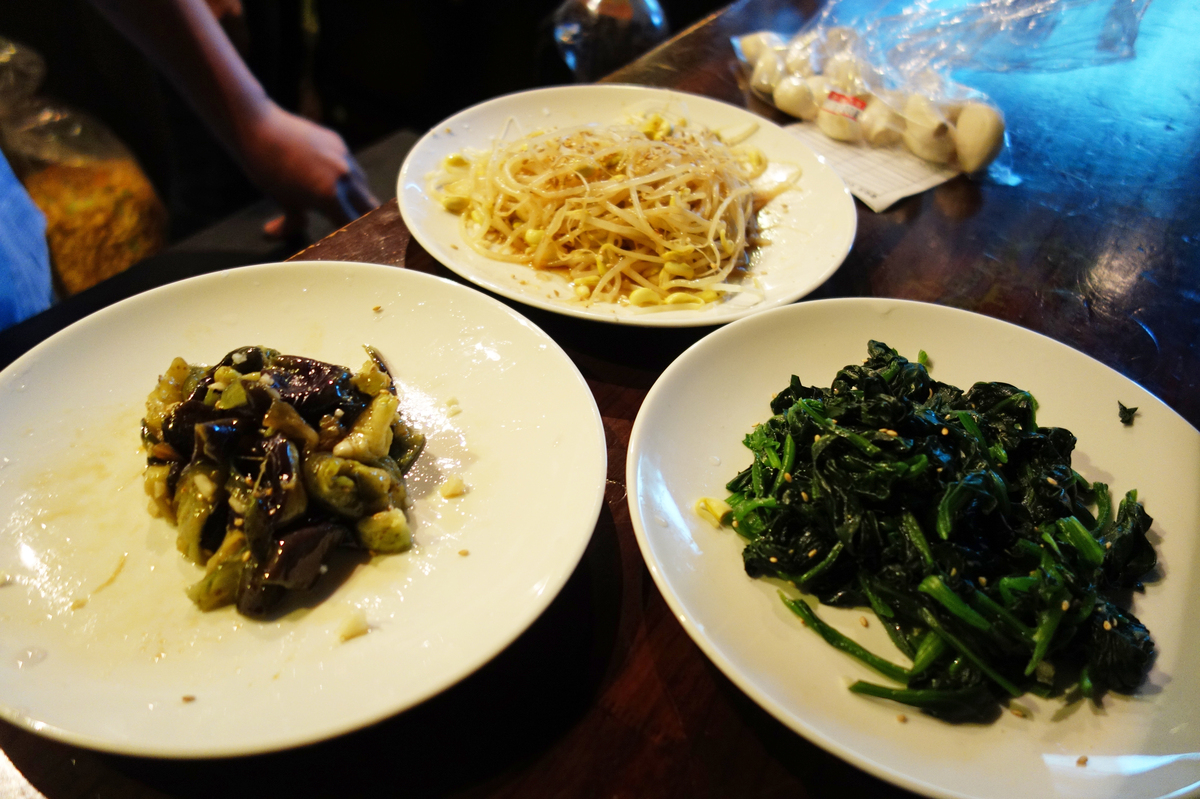