Accessibility links
Buzz Kill For Bumblebees: Climate Change Is Shrinking Their Range : The Salt Wild bees are some of nature's busiest pollinators of crops and flowers. But new evidence suggests a warming climate is squeezing the bounds of where bumblebees can live. 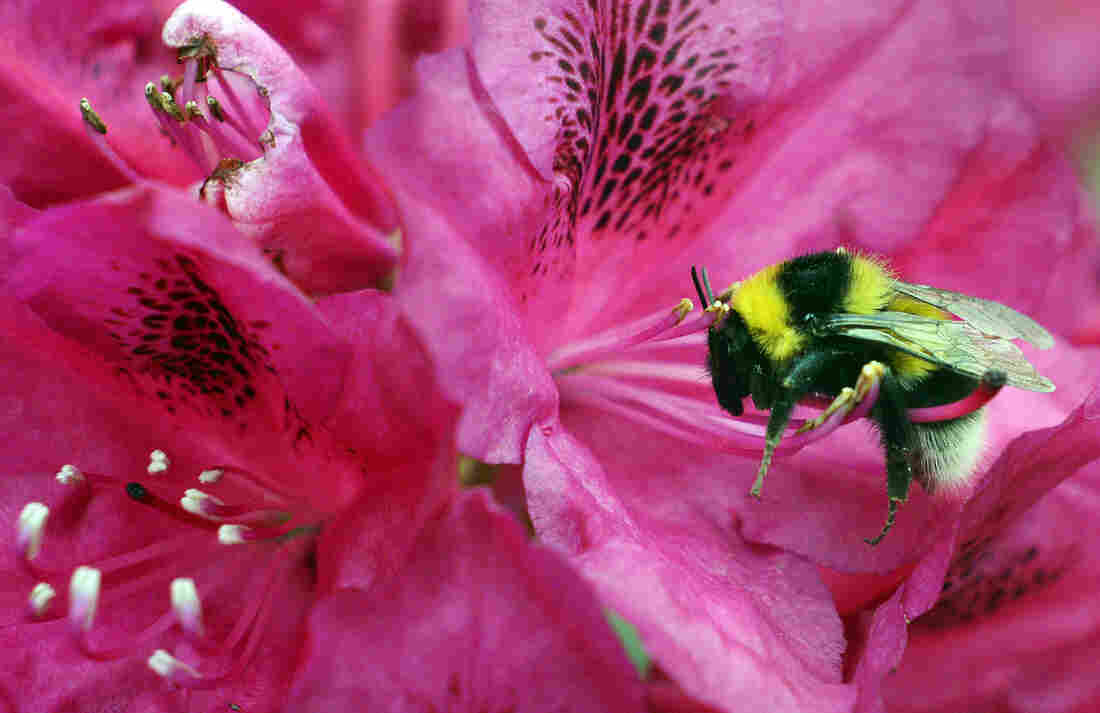 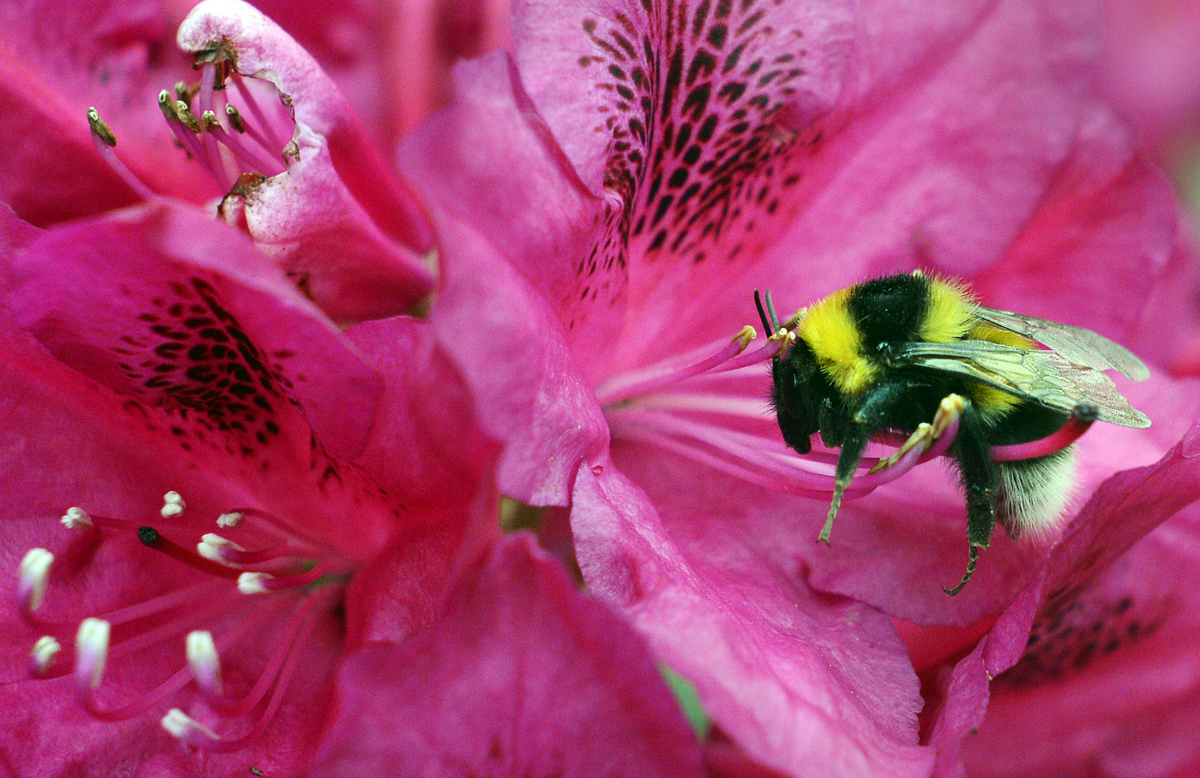 A bumblebee collects pollen from a flower. New evidence suggests climate change has left bumblebees with a shrinking range of places to live.

There's new evidence that wild bees, some of nature's most industrious pollinators of wildflowers and crops, are getting squeezed by our planet's changing climate.

The evidence comes from a century of bee observations, carried out across North America and Europe. Biologist Jeremy Kerr, at the University of Ottawa, decided to look specifically at sightings of bumblebees. These are the big, fuzzy bees that live wild, not the honeybees that beekeepers manage. There are dozens of different bumblebee species in North America.

"There are something like 423,000 of these observations," Kerr says. "And every one of those, we know rather precisely where and when that species of bumblebee was observed."

Kerr and his collaborators looked at where each species was found long ago, compared to recent years.

They were looking for effects of a warming climate, and indeed, they found that some species of these wild bees have vanished from the warmest, most southern, of the places where they used to live. Kerr says there's no evidence that this shift in geographic range was the result of land clearing or pesticide use. Their report is published in the journal Science.

Lawrence Harder, an ecologist at the University of Calgary, who has studied bumblebees for the past 35 years, says that observation makes complete sense, if you consider what it's like to be a bumblebee.

"They're relatively large insects, and they're quite furry," he says. As a result, unlike most insects, they're good at staying warm in cool environments. But they have difficulty in heat.

The most striking thing that Kerr and his colleagues found, though, occurred at the cooler edge of the bumblebee's range. Many other insects, such as butterflies, are expanding their range into cooler regions. Bumblebees, though, are not. "Bumblebee species seem to be kind of stuck," Kerr says. "They're not shifting north in the way that many other species groups are."

Harder, at the University of Calgary, thinks he knows the reason. He says that in the North, bumblebees are limited by boundaries of vegetation, not cold temperatures. Many bumblebee species like open grassland, he says, and they won't move northward into Canada's forests, no matter how warm it gets.

"You could see bumblebees being caught between the devil and the deep blue sea," Harder says. "They're being pushed north at the southern edge, but they can't move north at the northern edge."

Even though honeybees get more attention, bumblebees play a vital role in many ecosystems. Wildflowers and agricultural crops alike depend on them.

There still are bumblebees all across North America. But at the southern edge of this range there are fewer different types of them to carry out the complex, yet vital, task of pollination.