Accessibility links
Inside The World's Largest Food Company You've Probably Never Heard Of : The Salt Executives at JBS, the world's largest meat producer, know consumers want to know more about how their food is sourced. But the very nature of their business is grisly and sometimes unpalatable. 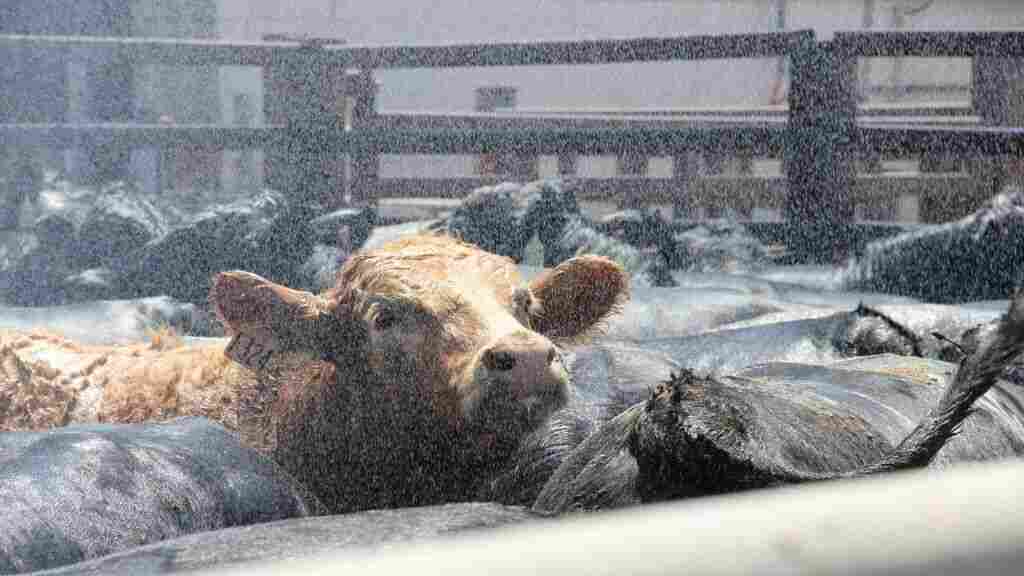 Cattle stand in a holding pen just outside the JBS slaughterhouse in Greeley, Colo. Nozzles spray a fine mist over the animals to cool them and keep dust down. Stephanie Paige Ogburn/KUNC hide caption 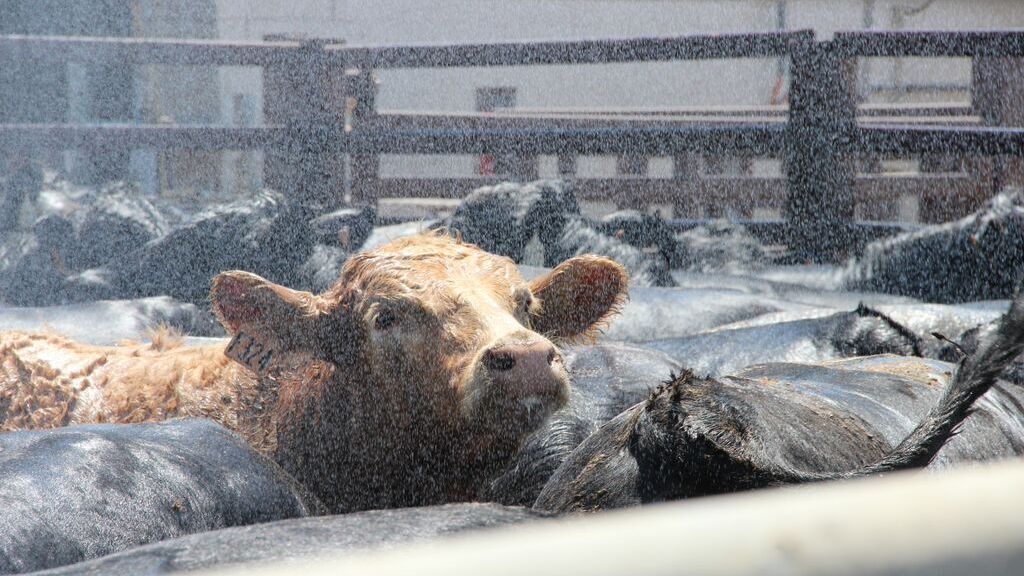 Cattle stand in a holding pen just outside the JBS slaughterhouse in Greeley, Colo. Nozzles spray a fine mist over the animals to cool them and keep dust down.

Food companies the world over are paying close attention to the groundswell of support for food transparency, the "know where your food comes from" movement.

JBS, the largest meat producer in the world, is beginning to take notice as well.

But executives with JBS USA, the North American arm of its Brazilian parent company, at the same time acknowledge that the very nature of their business is grisly, gory and sometimes unpalatable.

"Part of you says, 'I need to learn how to bring the packing house into the consumer's living room,'" says Bill Rupp, president of the company's beef division. "Then at the same time, you think of all the pitfalls of trying to explain to consumers how we harvest their meat."

JBS is a powerhouse in meat. The Brazilian multinational is the largest global producer of beef, chicken and lamb, and no. 3 in pork. Altogether, it's one of the biggest food companies in the world. Judging by annual sales figures, it's second only to Nestle.

Despite numbering among the world's food giants, JBS has stayed largely out of the spotlight, while staying on your dinner table. But even JBS is now joining the chorus of large food makers caving to consumer demand for more information about how food goes from field to plate.

"I think in today's society, the consumer wants to know more and more where their food comes from. And food companies are slowly adopting toward that," says Cameron Bruett, JBS USA spokesman. "But I think we need to do a better job."

JBS owns numerous plants cross the Midwest, South and West of the U.S., as well as worldwide. The JBS meatpacking plant in Greeley, Colo., is an imposing building. Conveyor belts snake through the concrete structure. But it's not an assembly line. Workers in blood-spattered smocks disassemble cattle, breaking down whole animals into cuts of meat. 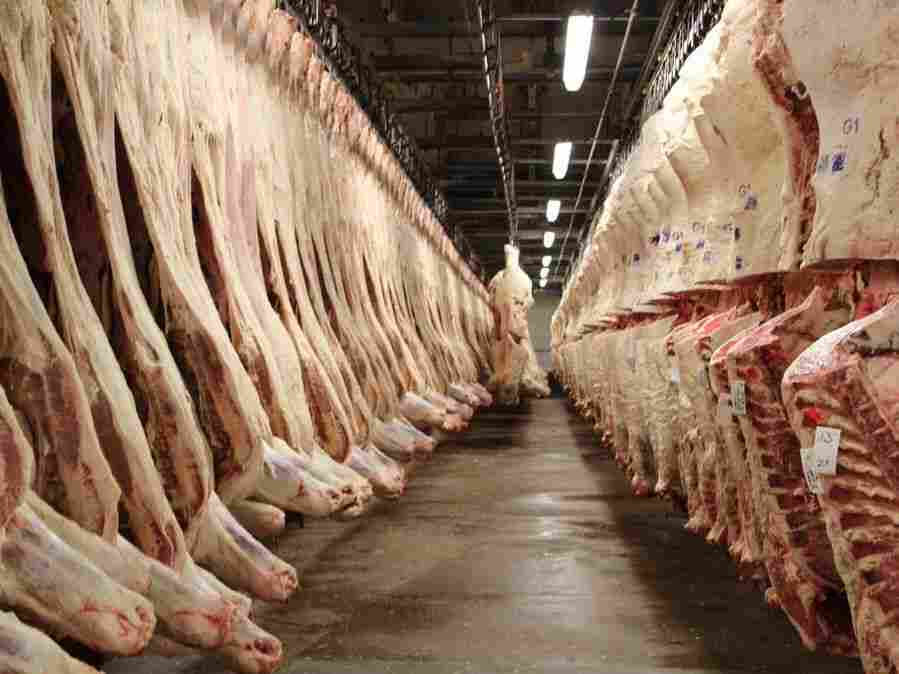 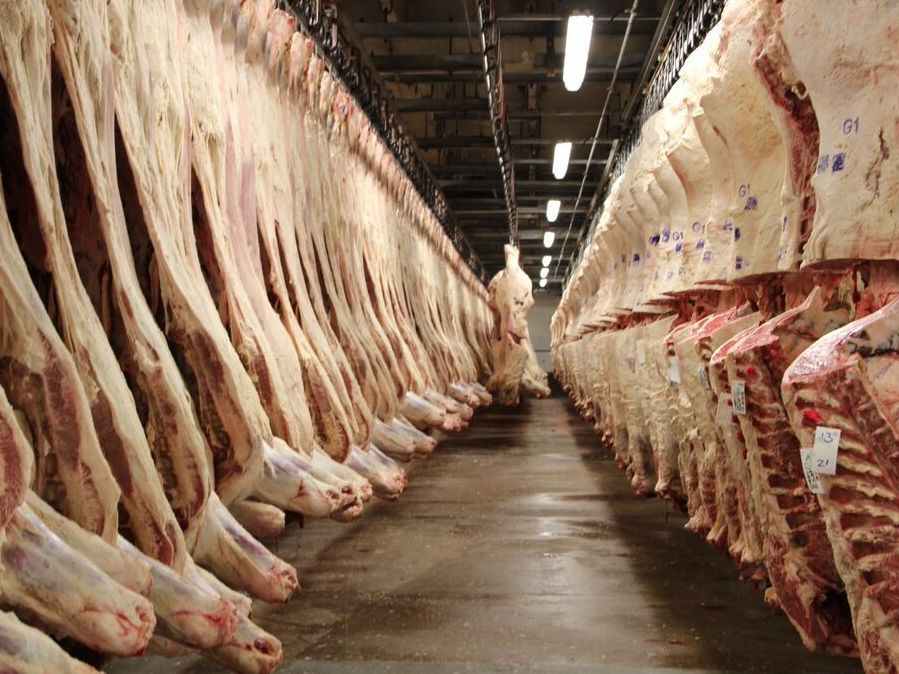 Beef carcasses hang in the sales cooler at the JBS beef plant in Greeley, Colo.

The plant's harvest floor, where the cattle are first stunned and killed with a bolt to the head, smells of manure, blood and flesh. Holsteins, a cattle breed with black and white spots, are hung up by their hind legs, moving down a conveyor belt in various states of disassembly. Their heads lie on the conveyor belt, tongues hanging out.

During a guided tour for journalists, the plant's manager, Bill Danley, points to a line of men carving the animal's head. "These guys here, what they're doing is, they're taking the cheek meat off," Danley says. "There's head meat on top of that. A lot of your taco filler is made out of cheek meat and head meat."

Taco meat is just the beginning. This one cow is destined to be sirloin at steakhouses, ground hamburger at local grocery stores and leather for car seats.

JBS spokesman Bruett says for a long time, beef has been a commodity, shipped out from meatpacking plants in boxes and rebranded at grocery stores and restaurants. Bruett says when your immediate customers are other businesses, there's little value in telling your story.

"I don't think that that's necessarily unique to JBS. I think that's livestock and poultry in general," Bruett says. 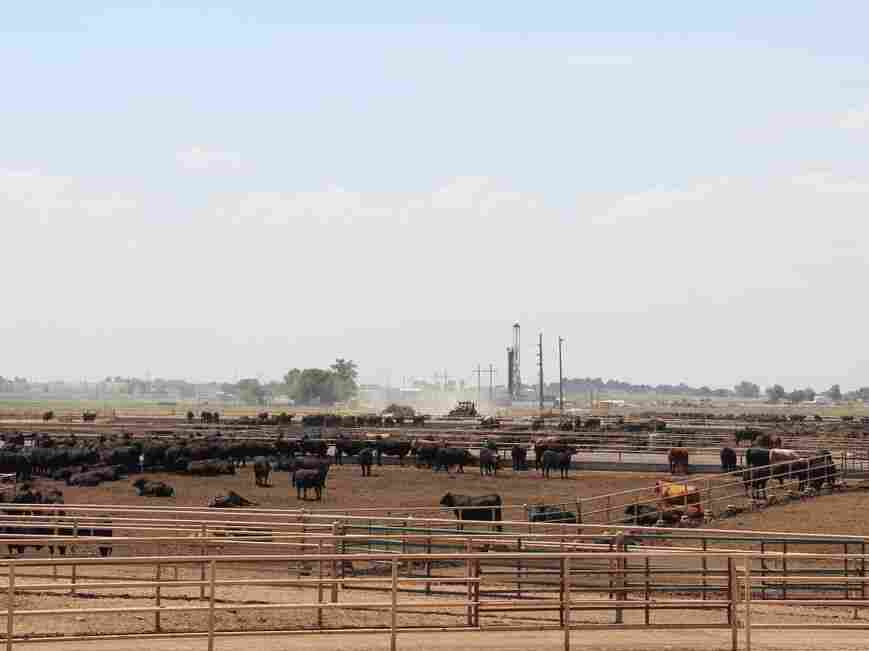 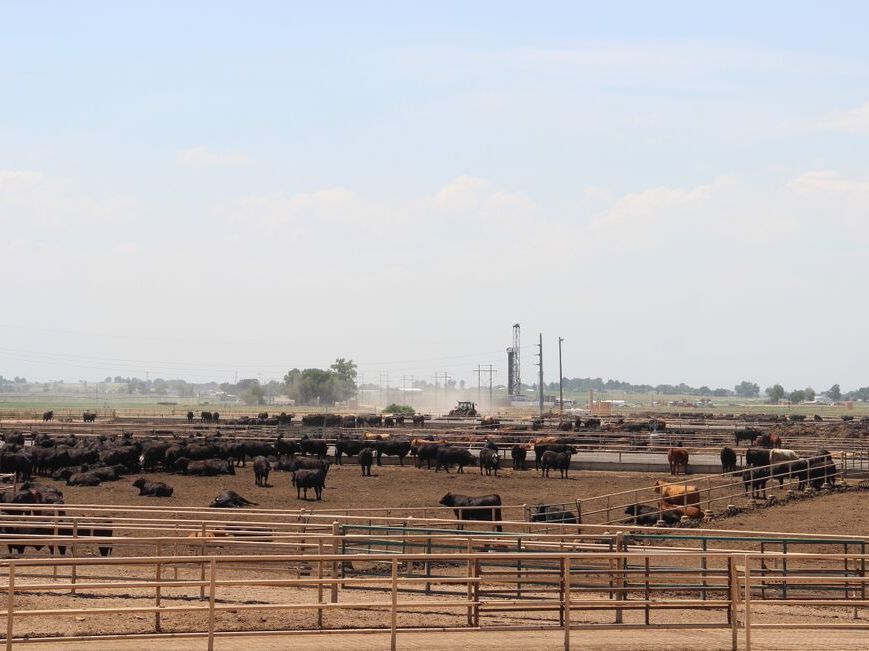 Katie Abrams studies consumer perceptions of agriculture at Colorado State University. She says the meat industry's reluctance to be more transparent has made meat processing appear secretive, scary and mysterious to most meat eaters. And attempts to fix that reputation will be costly.

"Because the industry has been slow to opening the barn doors, so to speak, they have a bit of catching up to do," Abrams says.

"They have to be continual," she says. "It's not just going to be releasing a press release or a blog post or a one-time, short-term campaign."

As JBS buys up companies that make packaged food and shelf-stable goods, it's had no choice but to start engaging with consumers – and media. But the company isn't yet comfortable giving complete access to its business operations. When asked why photos were not allowed to be taken within the company's harvest floor, JBS's Bill Rupp said it's about control.

"I think it's part of the evolution we're going through on transparency," Rupp says. "We've seen it so many times, where there's been a photo allowed, and then they zero right in on the piece of meat on the floor. And then it becomes 'Deplorable Conditions At Local Packing House.' "

JBS has raised the ire of workplace safety officials since first entering the U.S. market in 2007. Last year, the company logged four worker deaths in North America, including one at its Greeley plant. It's also gotten scrutiny from antitrust officials, who worry that consolidation in the meatpacking industry is leaving ranchers with few options to sell.

JBS could soon take a few more timid steps into the spotlight. It's currently attempting to buy a huge competitor in pork processing. And while JBS is privately-held in the U.S. now, it's exploring the possibility of going public, which would layer on even more scrutiny.

Luke Runyon reports for Harvest Public Media and is based at KUNC in Greeley, Colo. A version of this story originally appeared there.