Accessibility links
Does Iceland Need New Cows To Keep Up With Demand For Skyr? : The Salt It's no longer a secret that Iceland makes a delicious yogurt-like dairy product called skyr. The trouble is, Iceland's dairy cows don't produce much milk. Farmers are wondering what to do.

Does Iceland Need New Cows To Keep Up With Demand For Skyr?

Does Iceland Need New Cows To Keep Up With Demand For Skyr? 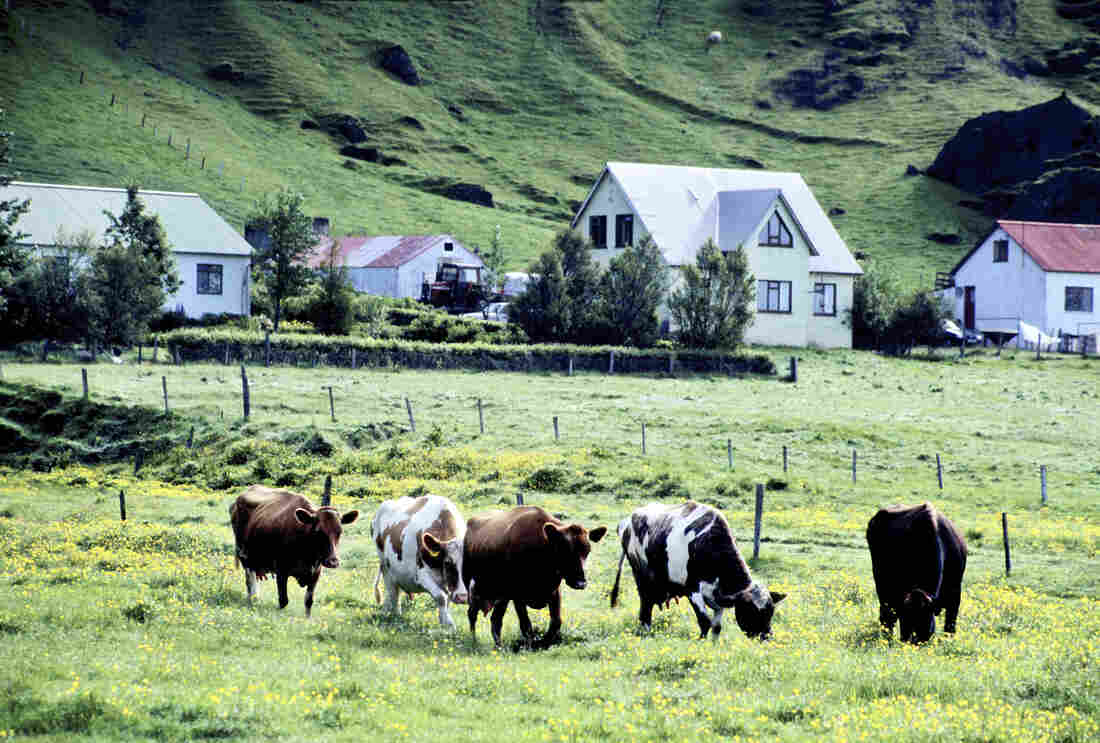 Every drop of milk in the skyr made in Iceland comes from Icelandic cattle, the country's only breed. iStockphoto hide caption 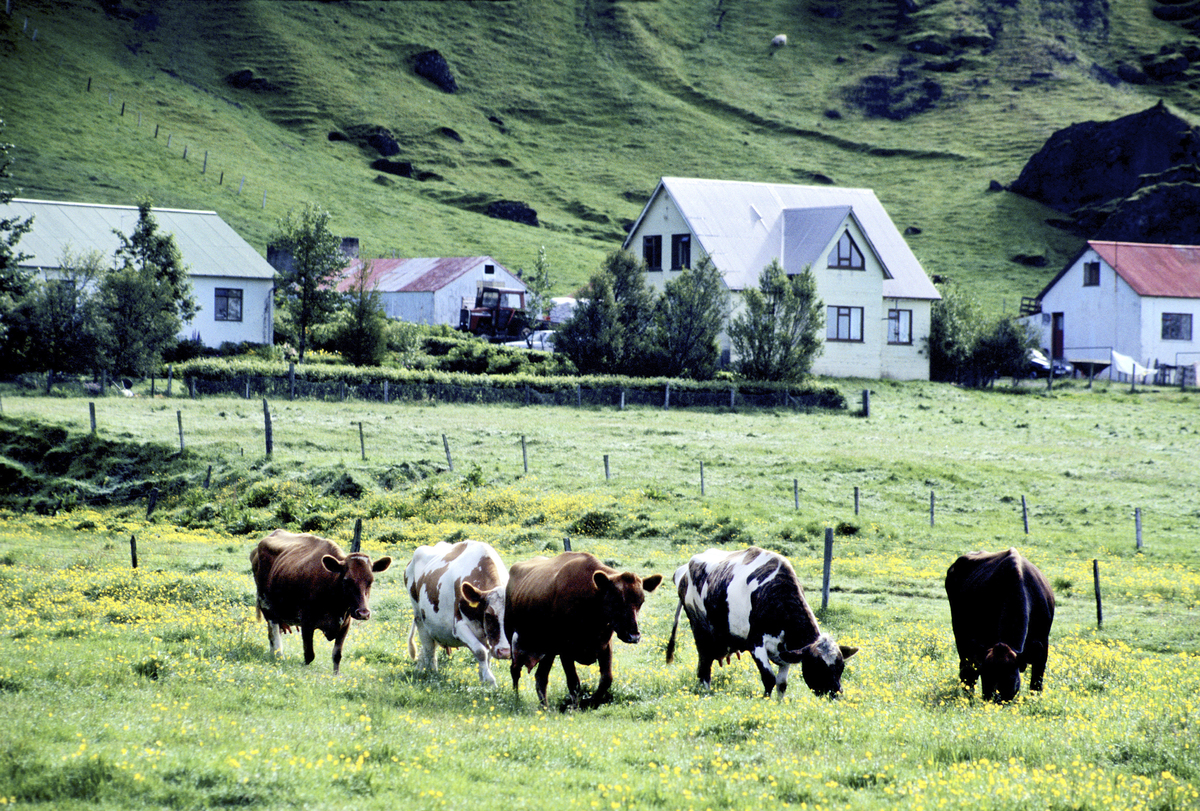 Every drop of milk in the skyr made in Iceland comes from Icelandic cattle, the country's only breed.

It takes about four cups of milk to make one cup of skyr, Iceland's super thick, high-protein version of yogurt.

Every drop of skyr made in Iceland comes from Icelandic cattle, the country's single breed.

But there's a problem: The average Icelandic cow can't supply much milk. And the hunger for skyr is stronger than ever now that people around the world are discovering its creamy delights.

Farmers in Iceland are wondering what to do. One option is to import Norwegian Red cattle that can produce more milk. These immigrants can be crossbred with indigenous cattle to create a new hybrid. Or the Reds could entirely displace the cows that have supplied Iceland with its dairy for more than 1,000 years.

"Farmers are of very different opinions," Emma Eyþórsdóttir, associate professor in animal sciences at the Agricultural University of Iceland, tells me by phone. "Some farmers are not interested. Others are very much interested."

Some are in favor of what Eyþórsdóttir calls "more economic animals" that can produce more milk. They hope to increase profits by getting the same output from fewer animals by crossbreeding or replacing them. But if they win the debate, Eyþórsdóttir explains, Iceland "might lose the old breed."

Farmers like Þorgrímur Einar Guðbjartsson aren't willing to let that happen. He and his wife, who both grew up in farming families, run Erpsstsðir dairy on the Snæfellsnes peninsula in western Iceland. With the milk of 60 Icelandic dairy cows, he makes skyr the same way his ancestors did and sells it locally.

"I want to take care of this special and rare breed," he says, adding that there are fewer than 25,000 such cows in the world. The Icelandic cow "needs to be preserved." And that's exactly what Iceland agreed to when they signed the international Convention on Biological Diversity. 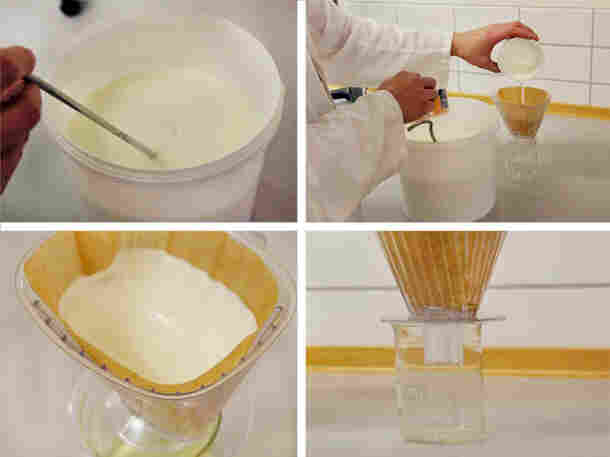 Making skyr involved fermenting skim milk with active cultures. All the whey is pushed out while the skyr trapped above retains most of the calcium and protein. Courtesy of Andrew Strenio hide caption 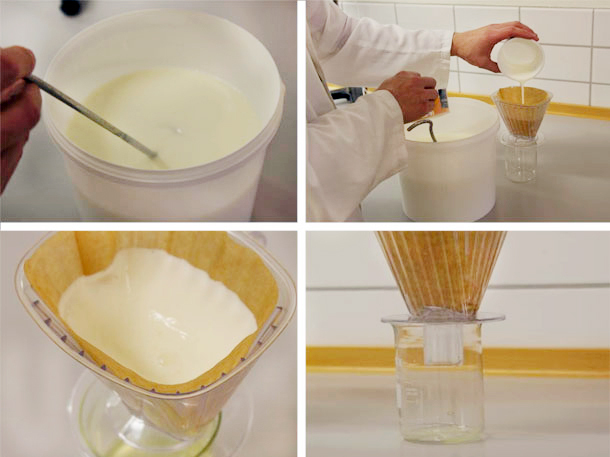 Making skyr involved fermenting skim milk with active cultures. All the whey is pushed out while the skyr trapped above retains most of the calcium and protein.

"We are obliged to take care of all our genetic resources," says Eyþórsdóttir. "Our farm animal breeds are among those and are considered unique due to a long history of isolation without any crossbreeding."

But, according to Eyþórsdóttir, farmers advocating for importation of higher yielding cows say it is the government's job to preserve Icelandic cattle, not theirs.

Most of the skyr in Iceland is produced by MS dairies, the cooperative to which every dairy farmer in the nation belongs. (It's also the place to which Guðbjartsson sends all the milk he doesn't use for his own artisanal products.) MS dairies produces Skyr.is, a brand that is exported as well as produced by license in other countries.

Guðbjartsson is one of only a few Icelandic farmers who still make skyr independently.

He begins by skimming off the cream and then churns that into fresh ice cream on the farm. To the remaining skim milk, Guðbjartsson adds a spoonful of the previous week's skyr. As the bacteria flourish over the next six hours, each batch is quite literally infused with a taste of the past. Guðbjartsson hints that this yogurt starter has been around for some 100 years.

Next, the yogurt is put in cloth bags to drain off the whey, some of which he bottles for local customers. The rest of the whey is fed to his calves and pigs.

After the whey drains for a day or so, he unwraps what has turned into a solid block of Icelandic heritage.

All "skyr used to be thick," he laments. But along with the idea of doing away with the less productive ancient cattle breeds, the 21st century introduced speedy microfiltration. Large commercial producers now use microfiltration to remove the whey in minutes rather than hours. But the filters can't produce the ultra-dense skyr that you get when you make it by hand. "I am especially proud of my skyr because I am doing it the old way," says Guðbjartsson.

Depending on which way the cattle importation discussion goes, the cow may go the same way as the method. But while it lasts, the only way to taste this cow-to-cup skyr is by visiting places like Guðbjartsson's Erpsstsðir dairy. He triples his output in the summer especially to connect visitors from around the world who come "to taste skyr as it used to be."