Accessibility links
Caviar + Mango: Chef Watson Wants You To Cook Outside The Comfort Zone : The Salt IBM and Bon Appétit have launched a Web app that generates surprising and delicious recipes for whatever is in your kitchen. The hope is that Watson's insight will lead home cooks to push boundaries. 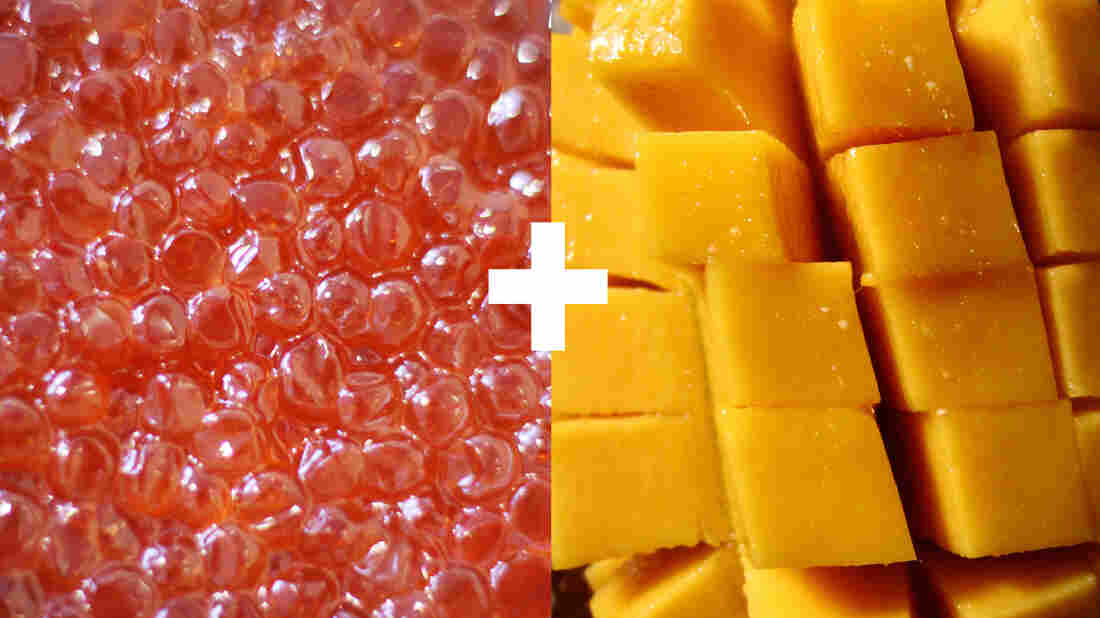 The Chef Watson app says caviar and mango would go well with egg and chive in a brunch dish. via Wikimedia; Flickr hide caption 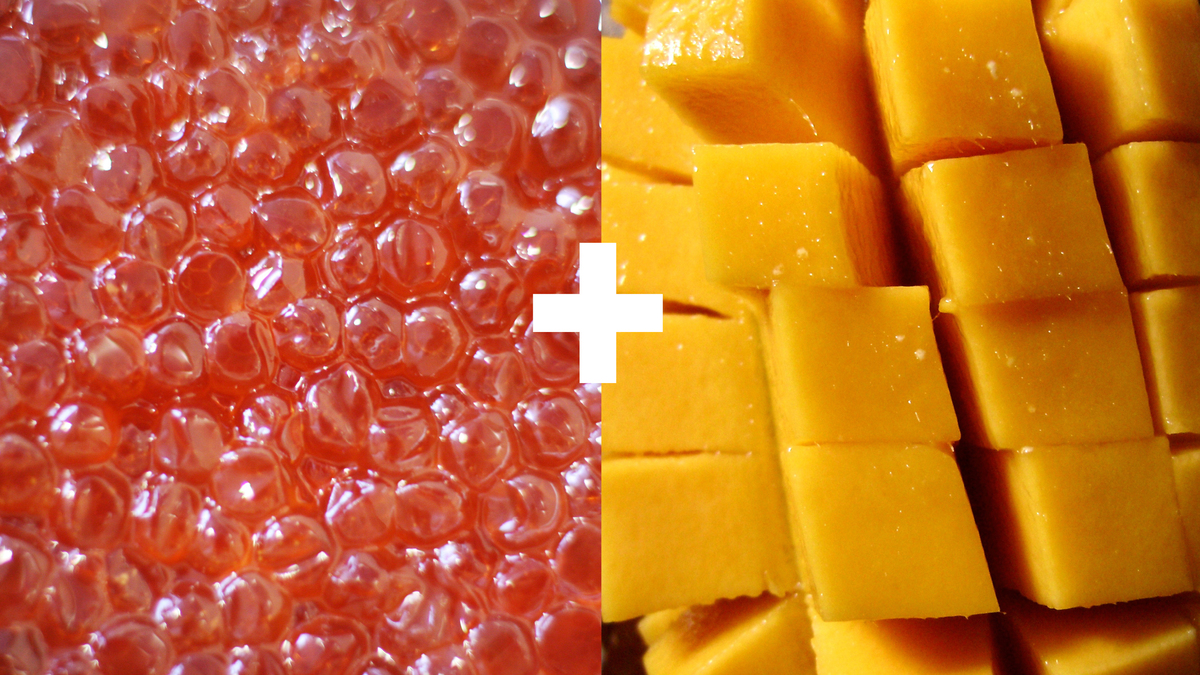 The Chef Watson app says caviar and mango would go well with egg and chive in a brunch dish.

Since IBM first began feeding Watson information about food in 2012, the computer has helped inspire a food truck and a barbecue sauce. In April, Cognitive Cooking with Chef Watson, a cookbook collaboration between IBM, the Institute of Culinary Education and publisher Sourcebooks hit shelves.

This summer, IBM and Bon Appétit debuted a free Chef Watson online cooking app designed help you turn the quotidian ingredients in your kitchen into a uniquely flavorful and creative meal. It's a recipe generator that's backed by science and programmed to surprise.

During my test run, I wanted to see how Watson would help me make brunch with what was in my fridge. I start typing "egg," but before I get to the next ingredient, Chef Watson auto-filled the remaining three: caviar, chive and mango.

Our Supercomputer Overlord Is Now Running A Food Truck

Luckily, the app allows me to swap out ingredients I dislike or don't have on hand with other options. (My current housing situation, which is temporary, does not include a fully stocked kitchen thus limiting what I can do.) So I enter tomato, asparagus, and leave one blank, hoping Watson will surprise me. And it does: The recipes for "brunch egg taco" and "brunch egg taco" include peanuts — an addition I most certainly would not have considered.

In building the app, IBM gave Watson a lot of unstructured data (written words rather than zeros and ones) from Bon Appétit's database of over 10,000 recipes. In this process, Watson learns how specific cuisines favor certain ingredients and what ingredients traditionally go together, like tomatoes and basil.

Next, "Watson [also] learns what is it that goes into a given dish," Steve Abrams, director of IBM Watson, tells The Salt. This data comes from IBM scientists who teamed with New York's Institute of Culinary Education to train Watson and write Cognitive Cooking with Chef Watson. This load includes details on chemical composition of food, which ingredients goes well with each other and human taste preferences through the years.

"Then we add information about the science of cooking, the molecular underpinning of flavor compounds and how pleasant those are," Abrams says. And then finally with this great mass of information, Watson is equipped to "come up with never before seen combinations that will both surprise and delight."

What's central to Watson's singular contribution to the crowded world of cookbooks and cooking apps is the surprise factor — it's programmed to produce combinations not commonly seen or yet tasted, mashing together different culinary traditions and kindly throwing your grandma's traditional way of making spaghetti out the kitchen window. Thai-Jewish chicken? Never heard that one before, but Watson says it's delicious.

"For me, I wanted it to push my boundary, to have a better understanding of what I'm cooking and the ingredients I use," beta-tester Wendy Hite tells The Salt. "It gives you the knowledge and understanding to see what you're cooking, to know how you can adjust and adapt."

Another beta-tester, Susan Sink, relies on Chef Watson to help incorporate seasonal ingredients from farmers markets into her daily cooking.

"If I see a product [at the market] that I haven't worked with, I'll deliberately put that in and see what Watson gives me," Sink says.

Which brings us back to the mango and caviar Watson thought I should be eating for brunch — two items I would not have picked up at the market.

Stacey River, a digital director at Bon Appétit who was involved with the app, says it's important not to get too worried about obscure ingredients but rather pay attention to what Watson is trying to bring to the dish with them. So maybe it's the saltiness and the delicate texture of caviar that Watson likes. If you don't have it on hand, you can find a substitute ingredient that brings the same qualities.

"The thing we've seen with Watson is that it's a discovery tool and you can be very creative with it, pushing your own boundaries," Rivera says. "Of course an experienced cook is going to love this, but what we've found is that it's good for everyday food problems, too."

Right now, Watson can filter out ingredients with gluten or dairy when asked to, but it's still working on optimizing recipes based on these dietary restrictions. "We're just trying to get those things right before people base their diabetic diet off recipes Watson gives," says Abrams.

For Abrams, Watson is a great metaphor for how people can use cognitive computing in real life.

"Watson enhances people's ability to be creative and amplifies the process," says Abrams. "The idea is not to find existing answers, but to find new insights that are worthy of trying."

And IBM is expanding Watson's cognitive intelligence to many different fields — academia, health care, just to name a few.