Accessibility links
Prozac In The Yogurt Aisle: Can 'Good' Bacteria Chill Us Out? : The Salt In recent years, a body of research has shown that beneficial microbes play a critical role in how our bodies work. And it turns out there's a lot of communication between our gut and our brain. 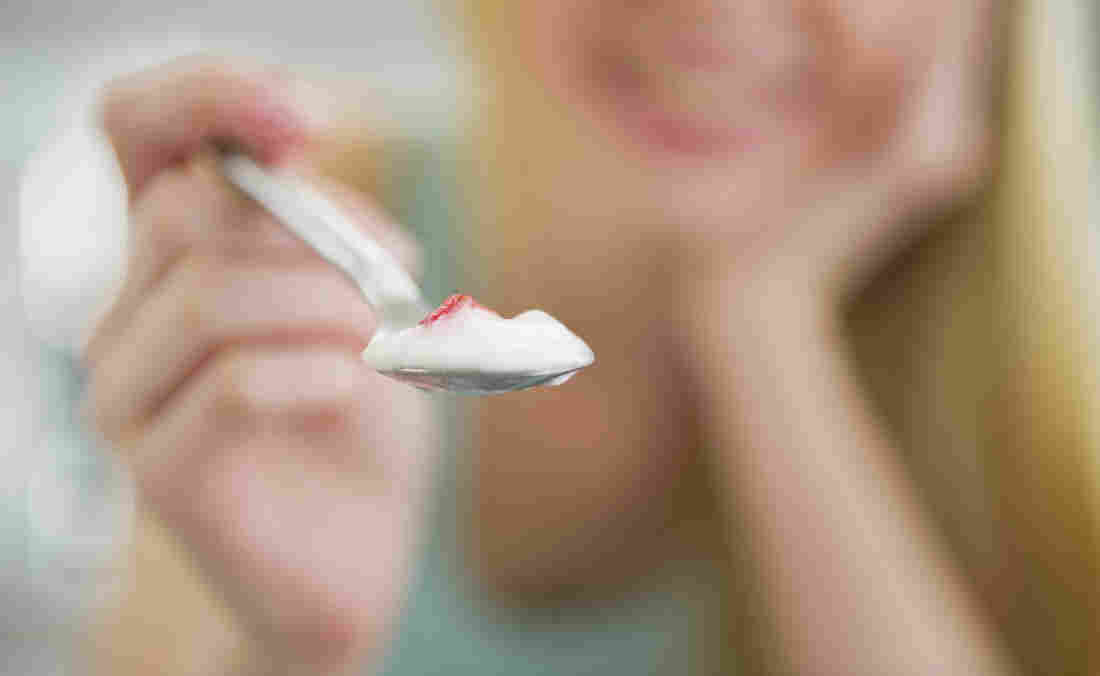 Scientists have documented that beneficial microorganisms play a critical role in how our bodies function. And it's becoming clear that the influence goes beyond the gut — researchers are turning their attention to our emotional health. iStockphoto hide caption 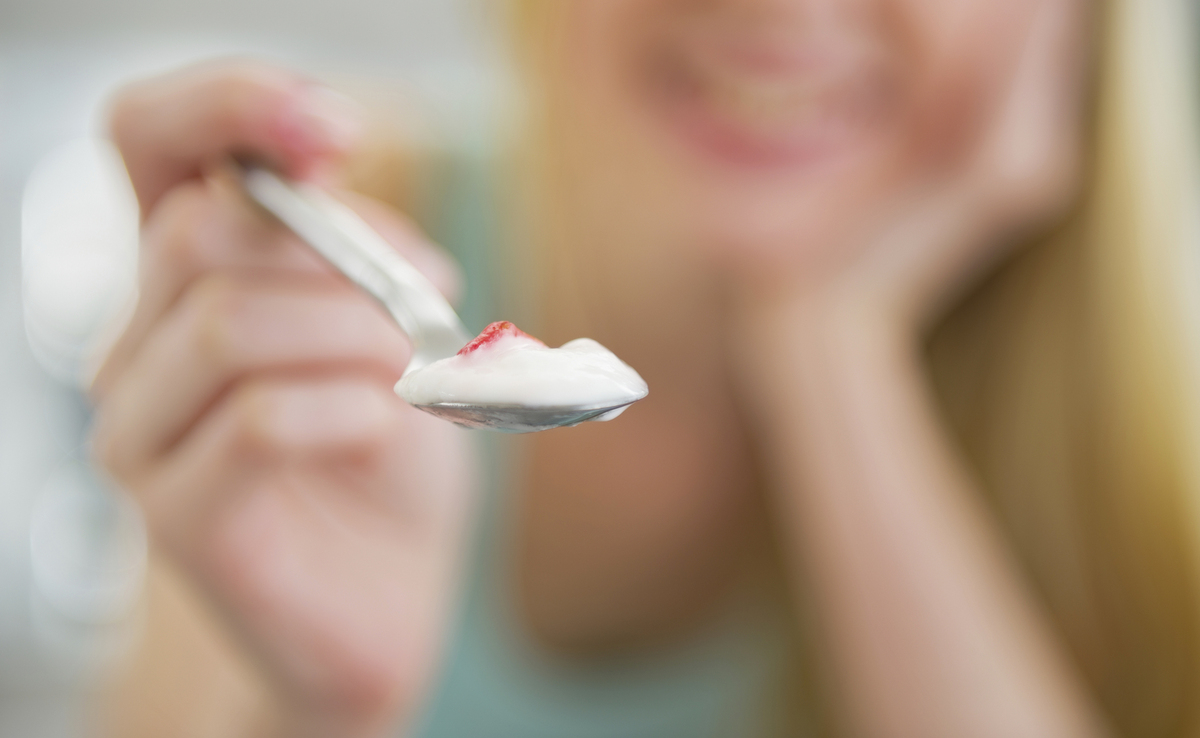 Scientists have documented that beneficial microorganisms play a critical role in how our bodies function. And it's becoming clear that the influence goes beyond the gut — researchers are turning their attention to our emotional health.

The idea that fermented foods — including yogurt and kefir — are good for us goes way back. But could the benefits of "good bacteria" extend beyond our guts to our brains?

"Metchnikoff is regarded by many as the father of probiotics," says Gregor Reid of the University of Western Ontario, who published a look back at Metchnikoff's contributions.

Metchnikoff came up with "the scientific rationale for the use of live microbes in the prevention and treatment of infections," according to Reid. And back in 1907, he says, Metchnikoff hypothesized that replacing or diminishing the number of bad bacteria in the gut with lactic acid bacteria — like the kind found in yogurt and kefir — "could normalize bowel health and prolong life."

But Metchnikoff's ideas were ignored for decades. Reid says after the discovery of penicillin, science focused on the use of antibiotics to kill off harmful bacteria.

It's only recently, Reid says, that the importance of beneficial bacteria has come into the limelight. 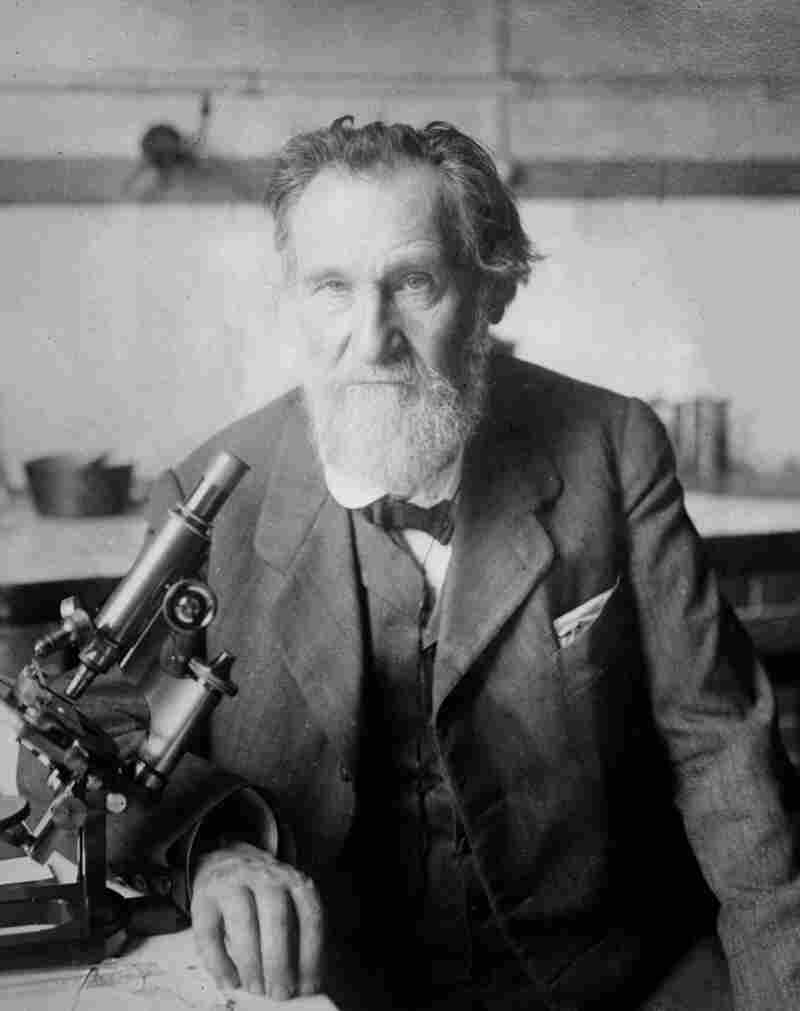 More than a century ago, Elie Metchnikoff, a Nobel Prize-winning microbiologist, hypothesized that lactic acid bacteria — like the kind found in yogurt — was important to gut health and longevity. via Wikimedia hide caption

"Bacteria used to be the thing we had to eradicate," Reid says. But people are now realizing that many kinds of bacteria provide a benefit. "So it's a paradigm shift, a massive shift in our thinking," he says.

This shift has led to an explosive growth in research. Scientists have documented that beneficial microorganisms play a critical role in how our bodies function. And along the way, it's become clear that the influence goes beyond the gut. Scientists have documented that the mix of bacteria that populate our gut influence our susceptibility to — or our immunity against — allergies, eczema and asthma.

Now, researchers are turning their attention to our emotional health. It turns out that there's a lot of communication between our guts and our brains. Scientists studying this refer to it as the gut-brain axis.

"The gut-brain axis is the collective communication pathway between the gastrointestinal tract and the brain," explains John Cryan, a professor of anatomy and neuroscience at University College Cork in Ireland.

Some of the information travels along the vagus nerve, which extends from our guts to our brains. Cryan says the idea that the two regions are so interconnected should not be a surprise.

"Think of phrases in our everyday language," Cryan says. We have "gut instincts" and "gut feelings," he notes — or if we're brave, then we're "gutsy."

"We refer to butterflies in our tummy if we're feeling a bit anxious. So we portray a raft of human emotions directly in our gut," he says.

A few years back, Cryan and his colleagues published the findings of a simple experiment. They took a strain of lactobacillus — known as Lactobacillus rhamnosus — that's one of the most commonly used probiotics, or beneficial microorganisms.

They fed it to one group of mice every day for a month, and they looked to see if the rodents' behavior changed. The results, Cryan says, were striking.

"What we found was that the animals that were fed the lactobacillus — compared to those that were just fed a regular broth — were a lot less anxious. And they behaved almost as if they were on Valium or Prozac," he says.

Other labs doing similar animal experiments have also shown that probiotics can influence their emotional state.

But, of course, mice are not people. For starters, their emotional lives are much less complicated.

So researchers have begun to explore whether this effect may be seen in humans. To date, there have been a handful of small studies.

Take, for instance, a recent study published in the journal Brain, Behavior, and Immunity. Researchers at Leiden University in The Netherlands recruited 40 healthy volunteers. (The study was funded in part by a probiotics manufacturer, but the company had no say in its design or execution.)

"And out of those 40 people, we made two groups," explains Laura Steenbergen, a neuroscience researcher who worked on the study. Twenty people took a probiotic containing a mix of eight strains of bacteria for one month. The other 20 volunteers got a placebo that looked exactly the same. So no one in the study knew what they were getting.

In order to assess their vulnerability to sad moods, all 40 participants filled out questionnaires at the beginning and end of the study.

They were asked to rate on a scale how strongly they agreed with a host of statements, like this one: "When I'm in a sad mood, I think how my life could be different." Or "when I'm down, I more often feel overwhelmed by things."

After one month, what Steenbergen and her colleagues found is that the participants taking the probiotics answered these questions significantly differently than they had at the beginning.

"What was different is that they reported less aggressive thoughts and less ruminative thoughts," Steenbergen told us by phone.

So, bottom line, they were a little more chill? "Yes, it means they were less reactive to negative thoughts and feelings."

It's not clear how much weight to give studies like these. Asking people to report how they're feeling is a tricky business.

And scientists say it's still early days for this line of research, so we should be cautious in interpreting the findings. Especially since the effects of probiotics can be subtle.

"We have to make sure the science proves the concept," Gregor Reid says.

So, I ask, there's not likely to be a probiotic that has the strength of Prozac in the yogurt aisle?

"So far, no one has come out with magical strains saying this improves brain function," Reid says.

But as this body of evidence builds, scientists including Reid say "beneficial bacteria" are finally getting the attention they deserve.