Accessibility links
The Sad, Stately Photo Of Nixon's Resignation Lunch : The Salt A White House photographer captured the lunch that Richard Nixon ate before announcing his resignation. It's an unusual image of a humble meal as power is slipping away. 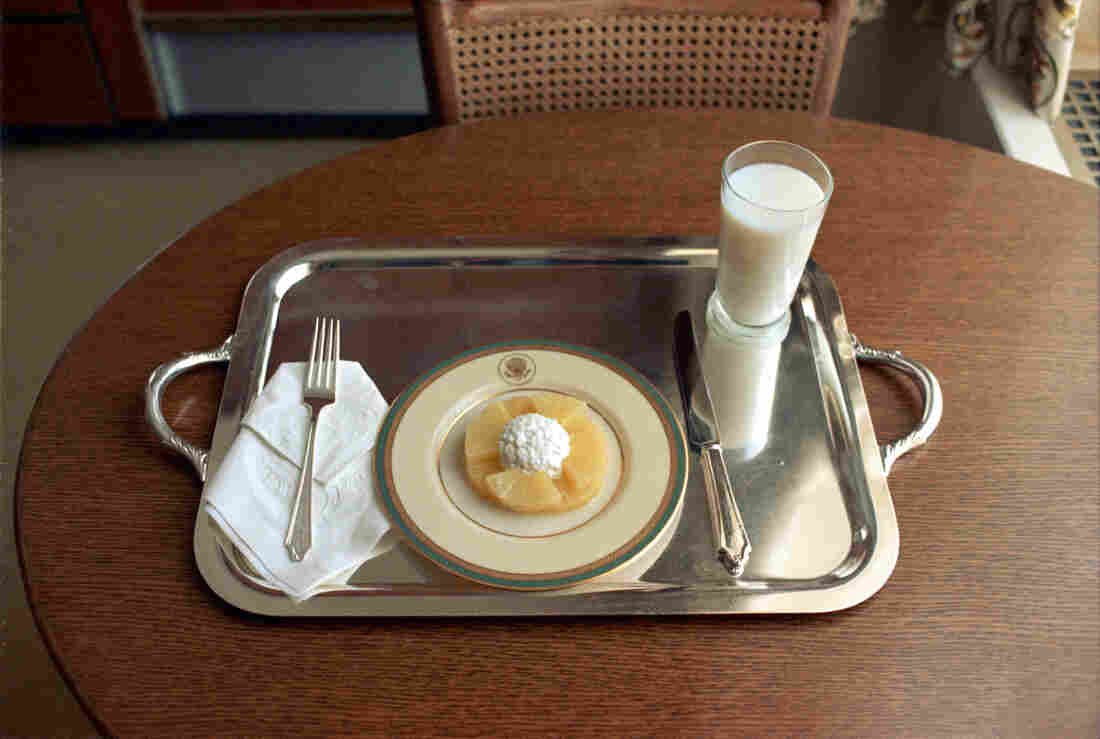 On the day that he announced his resignation, Richard Nixon ordered cottage cheese, pineapple slices and a glass of milk. Robert Knudsen/Nixon Library hide caption 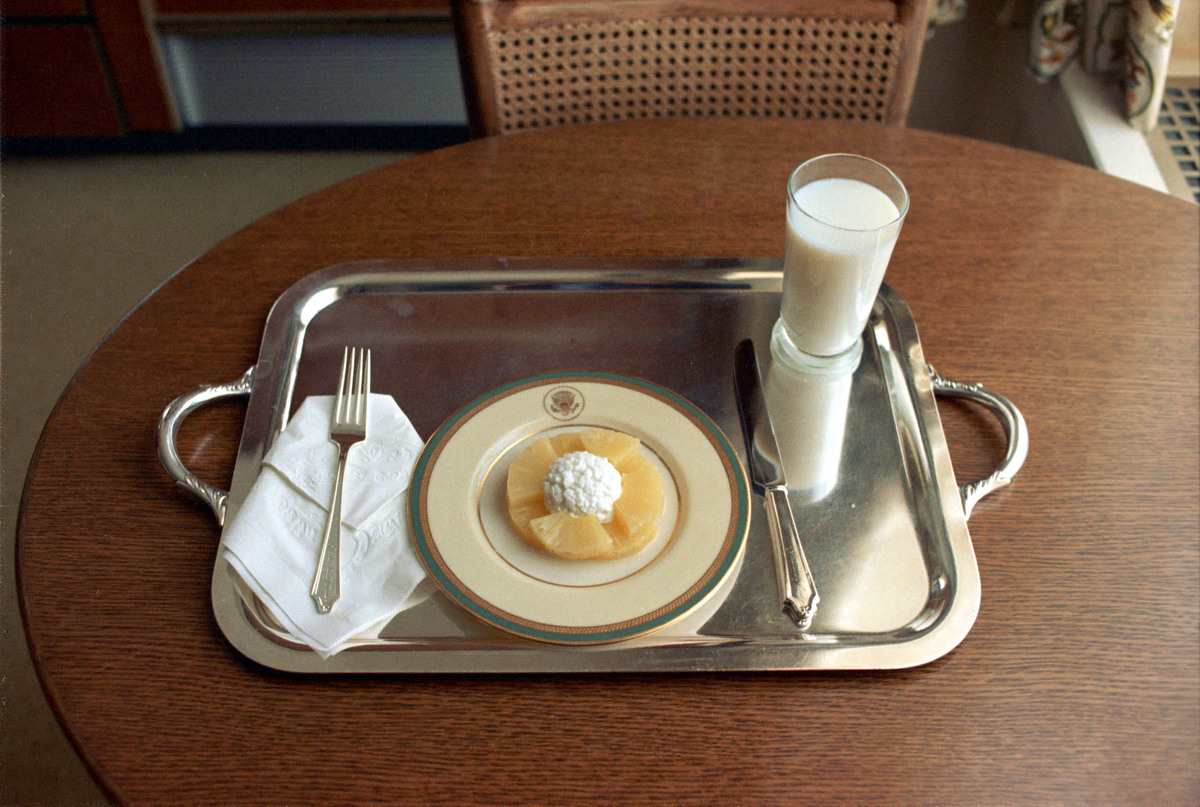 On the day that he announced his resignation, Richard Nixon ordered cottage cheese, pineapple slices and a glass of milk.

On the quest for cottage cheese trivia this week for my story for Morning Edition, I asked our research department for help. Researcher Barclay Walsh sent me a photo that stopped me in my tracks.

Take a look. Notice the official White House emblem on the plate. The silver platter. The sculpted ball of cottage cheese encircled by slices of pineapple, perhaps canned. The glass of milk.

This is the lunch that President Richard Nixon ate on August 8, 1974, just before going on national television to announce that he was resigning. White House photographer Robert Knudsen captured it on film. The next day, Nixon boarded a plane for California.

Fletcher could not remember offhand any other photo in the collection that is devoted to food itself. After our conversation, he did a search and came up with a few images from Nixon's trip to China that featured tables filled with food that had been prepared for the visiting American president.

Those images, though, show occasions of promise and possibility. The pre-resignation meal is the opposite. Ryan Kellman, one of our photographers here at NPR, described it as "so sad, austere, stately, funny."

It's a humble meal at the seat of power, just as that power is slipping away. And the person who will eat this food is not in the picture. Soon, he will be gone from this place.