Accessibility links
Hacking Iconic New Orleans Barbecue Shrimp Far From The Gulf : The Salt Barbecue shrimp from Pascal's Manale is one of New Orleans' most beloved and copied dishes. Since it's hard to find head-on shrimp far from the Gulf, chef Mark DeFelice says use more spice. 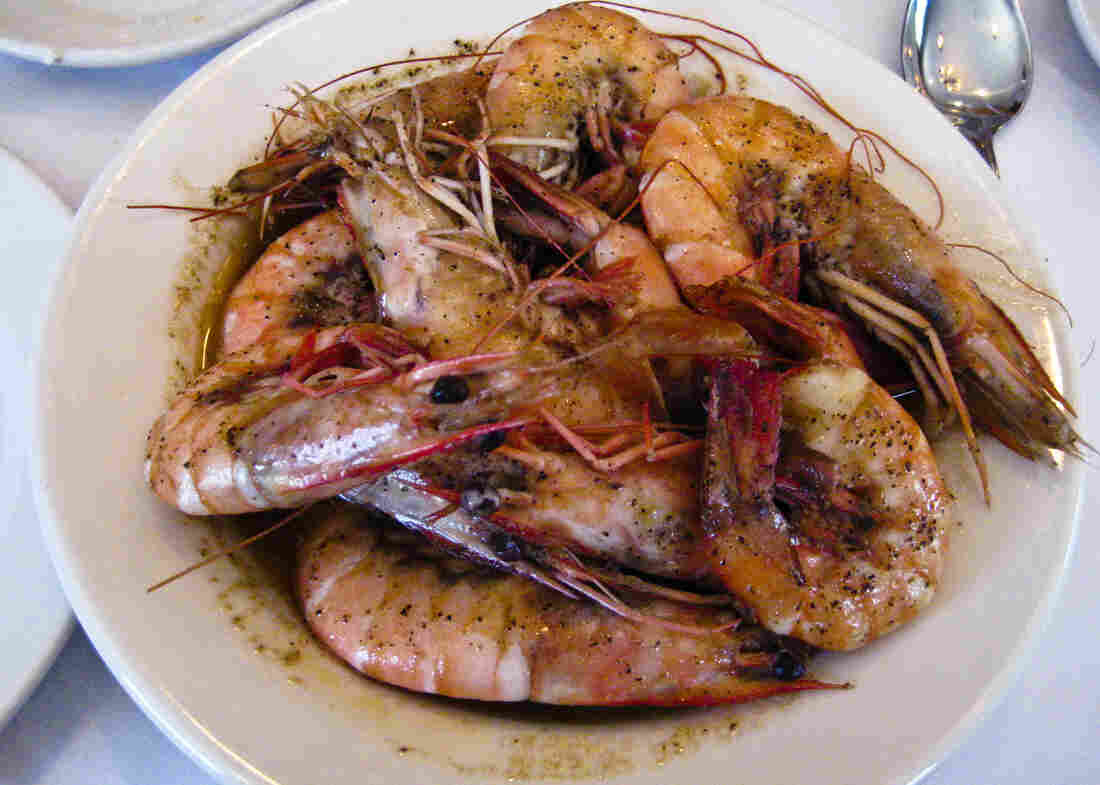 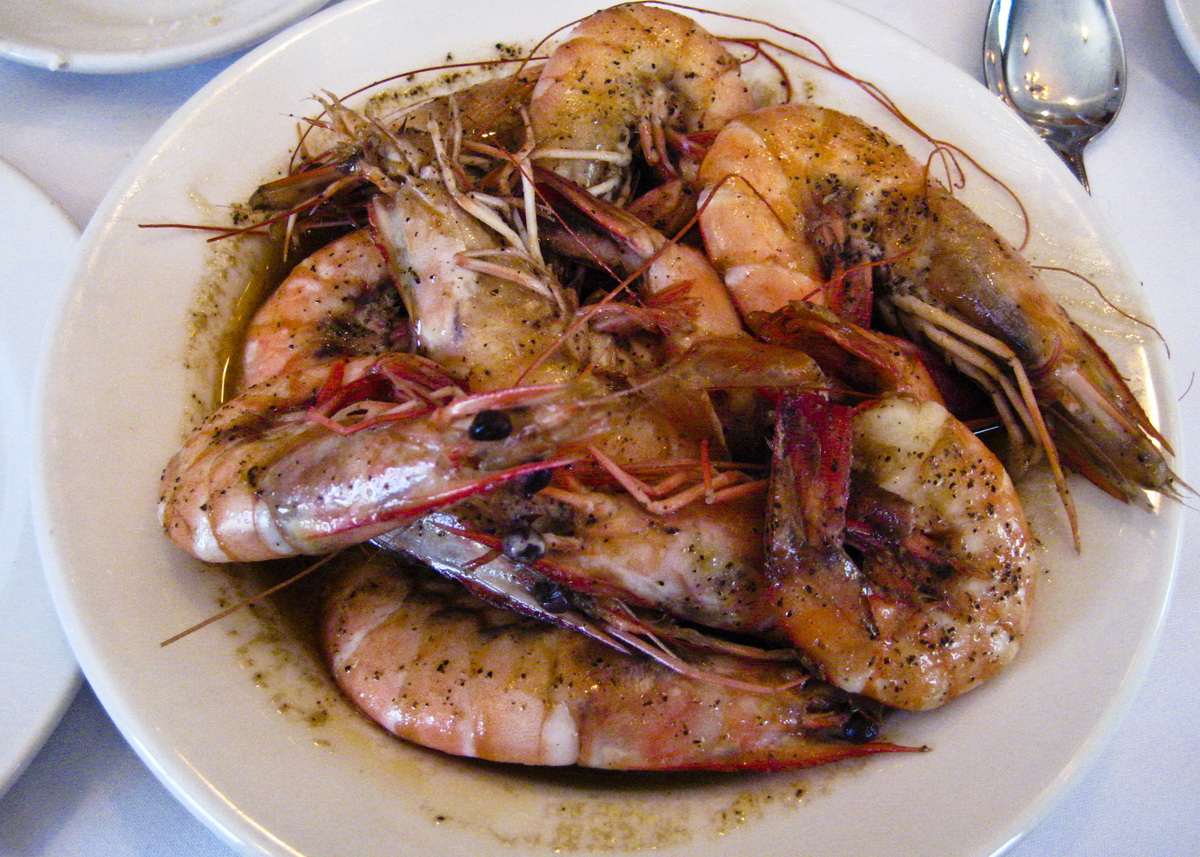 This summer, NPR is getting crafty in the kitchen. As part of Weekend Edition's Do Try This At Home series, chefs are sharing their cleverest hacks and tips — taking expensive, exhausting or intimidating recipes and tweaking them to work in any home kitchen.

This week: A play on an iconic New Orleans dish to get supreme flavor from shrimp without heads.

Mark DeFelice has been cooking in the kitchen of Pascal's Manale restaurant in New Orleans for most of his 59 years. He and his brothers are the fourth generation to run the restaurant, which was opened in 1913 by Frank Manale in a corner grocery store. His nephew, Pascal Radosta, took over the restaurant after Frank died in 1937, and because everybody called it "Manale's," Pascal decided to call it Pascal's Manale as a way to honor his uncle. The restaurant became a fixture in town among politicians, judges, sports figures and a few gangsters. 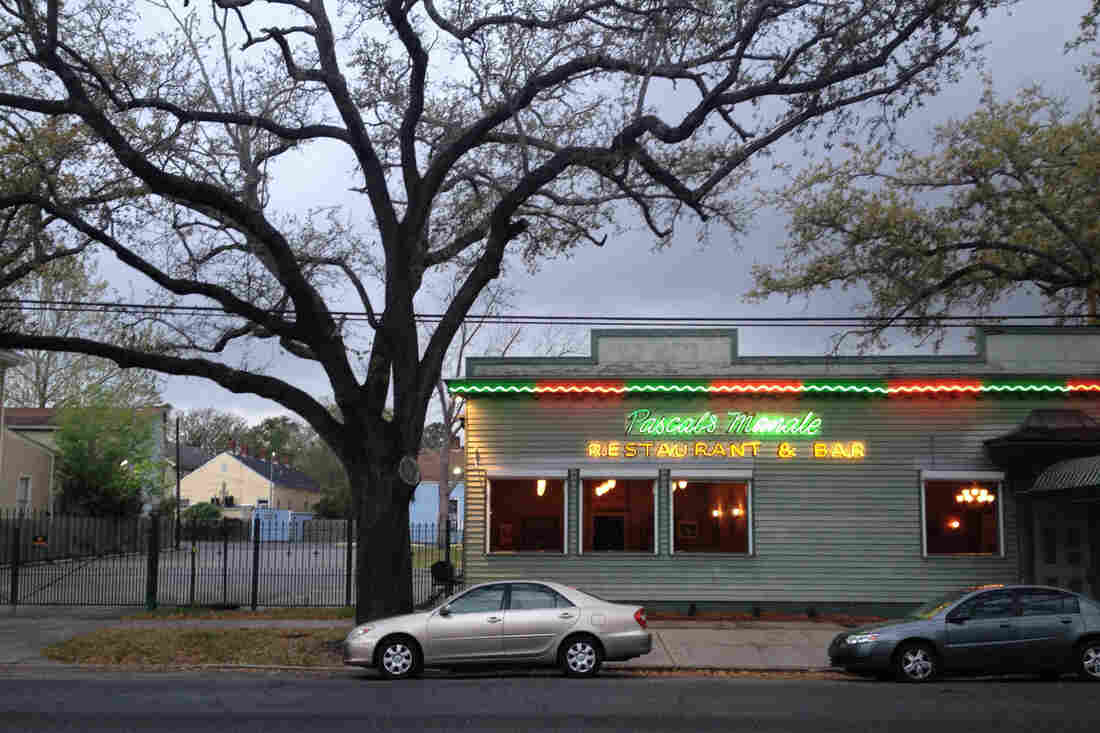 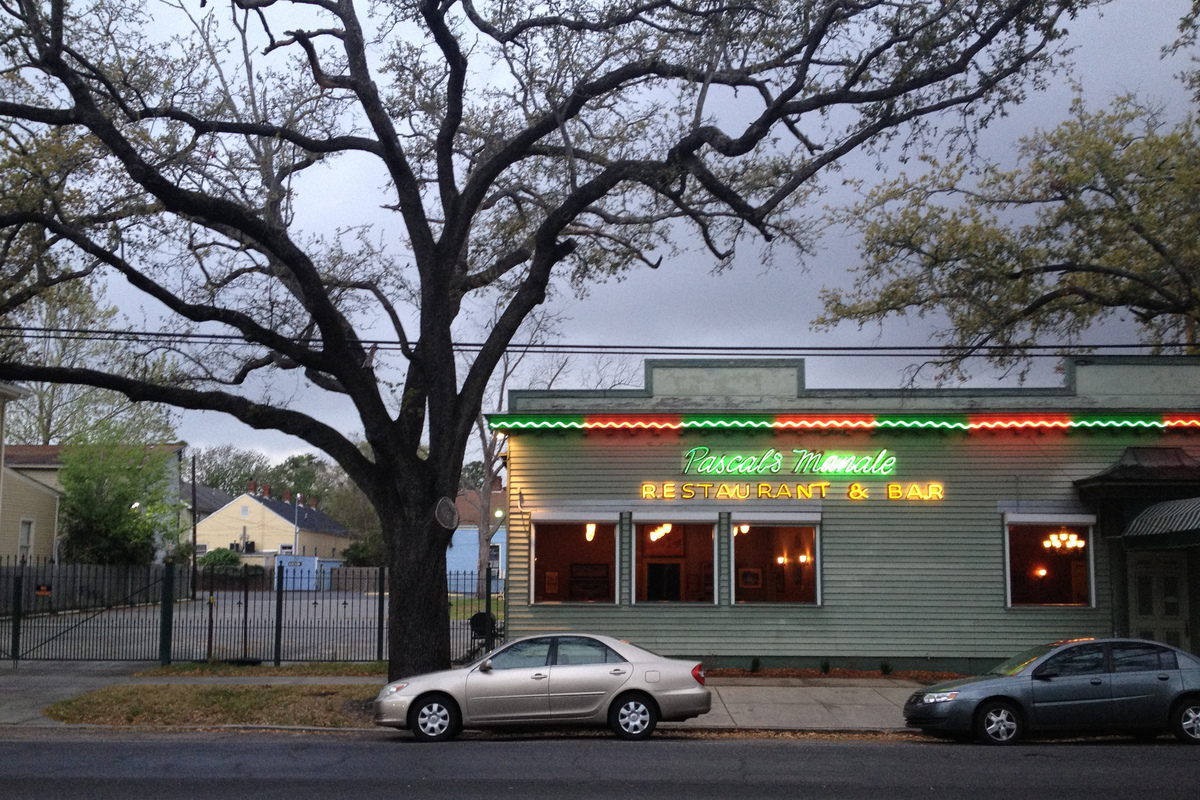 Pascal's Manale invented barbecue shrimp in 1953 and today it's one of the most copied New Orleans dishes in the world. It has nothing to do with barbecue. There's no grill, no coals, no skewers.

So why call it barbecue? "Only because when it comes out, it kind of looks like it's got a reddish tint," DeFelice says.

Pascal's Manale's most important ingredient is the head-on shrimp. As DeFelice says, "The head on the shrimp is important because it contains the fat and the protein, and that's where a lot of the flavor is from in the barbecue shrimp." This is great for kids at the table — because the shrimp's long antennae and eye stalks always gross them out. 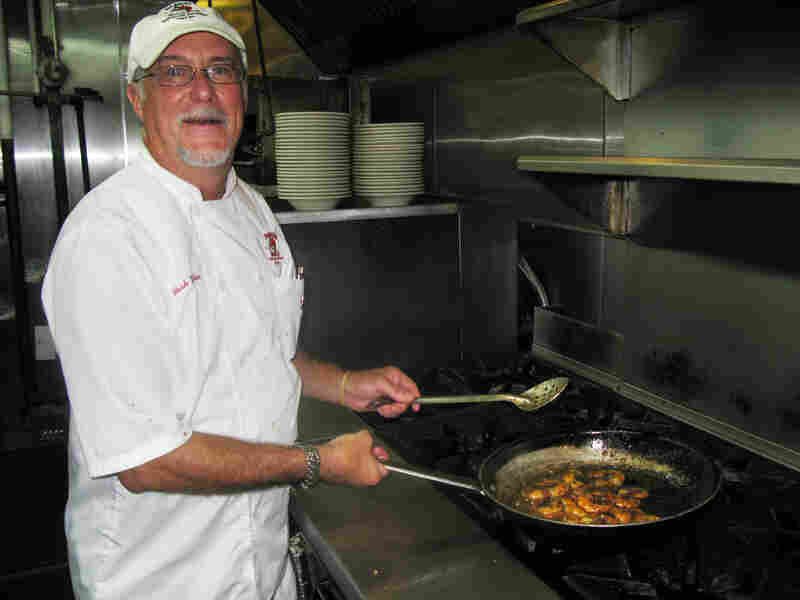 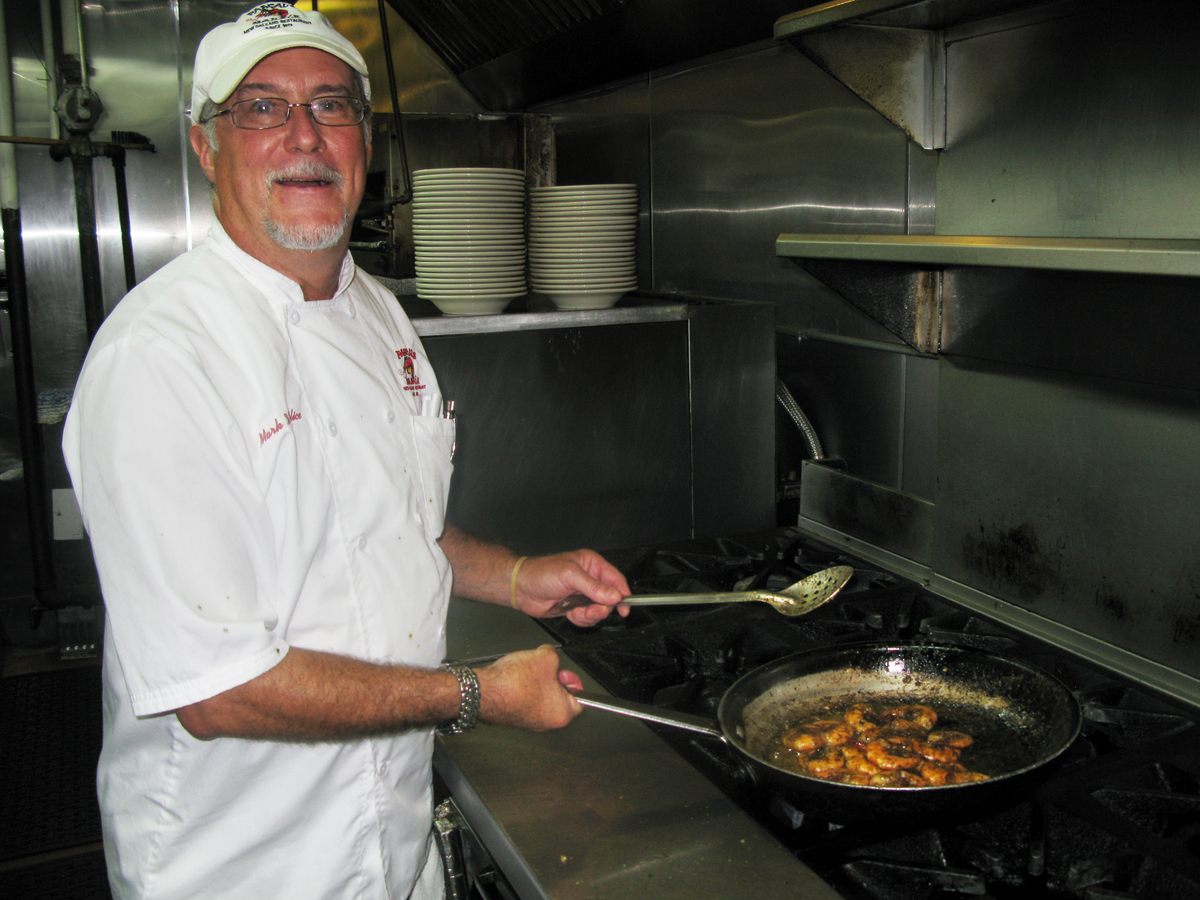 Co-owner and chef Mark DeFelice cooks up an order of barbecue shrimp at Pascal's Manale restaurant in New Orleans.

It may be hard to find head-on shrimp in cities away from the coast, so DeFelice came up with a shortcut. He uses more spices to make up for the flavor of the missing heads.

Do Try This At Home

Want more tricks to test out? Check out ...

Wash and pat dry shrimp. Add the Manale spice mix, garlic, Lea & Perrins and Tabasco. Then pour the olive oil over the shrimp, adding the white wine. Stir together. (Though it's not in Mark's recipe, I saw him put a big pat of butter in the pan.)

Cook over high heat until shrimp are done, approximately 10 minutes. Do not overcook shrimp.

Serve the shrimp in a wide soup bowl, and have hard-crust French bread on hand for dipping in the buttery, peppery sauce. Peel the shrimp and eat.

The dish is best accompanied by a bottle of ice-cold Abita Amber Beer and a Louis Prima song.