Accessibility links
How An 11-Year-Old Boy Invented The Popsicle : The Salt The beloved ice pops were born of a young boy's tinkering with sugary soda powder and water on a cold night. But the end of this tale for Frank Epperson was not as sweet as his treat.

How An 11-Year-Old Boy Invented The Popsicle

How An 11-Year-Old Boy Invented The Popsicle 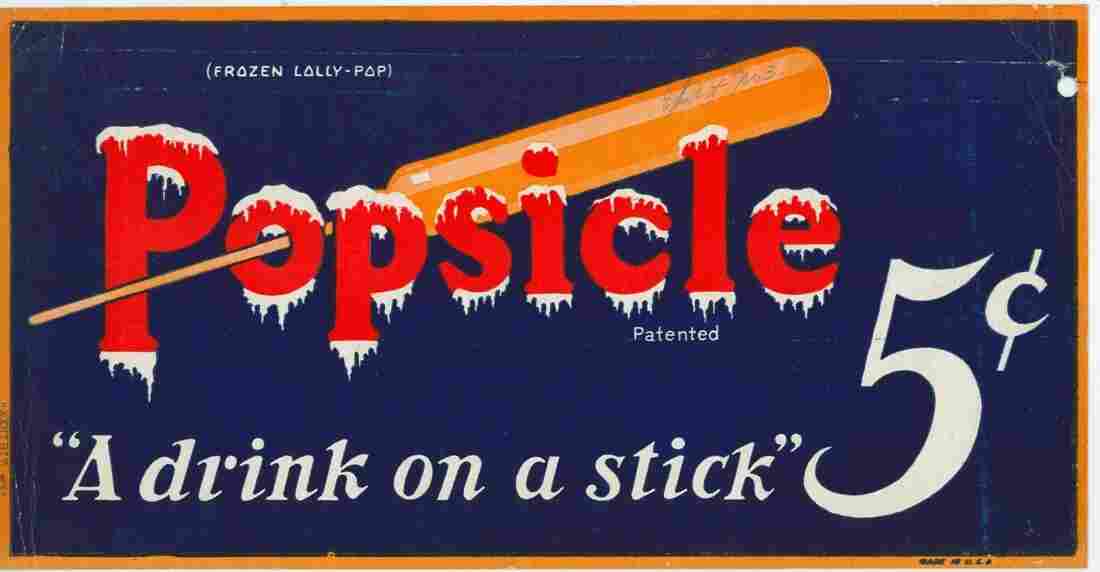 A vintage ad for Popsicle The National Archives hide caption 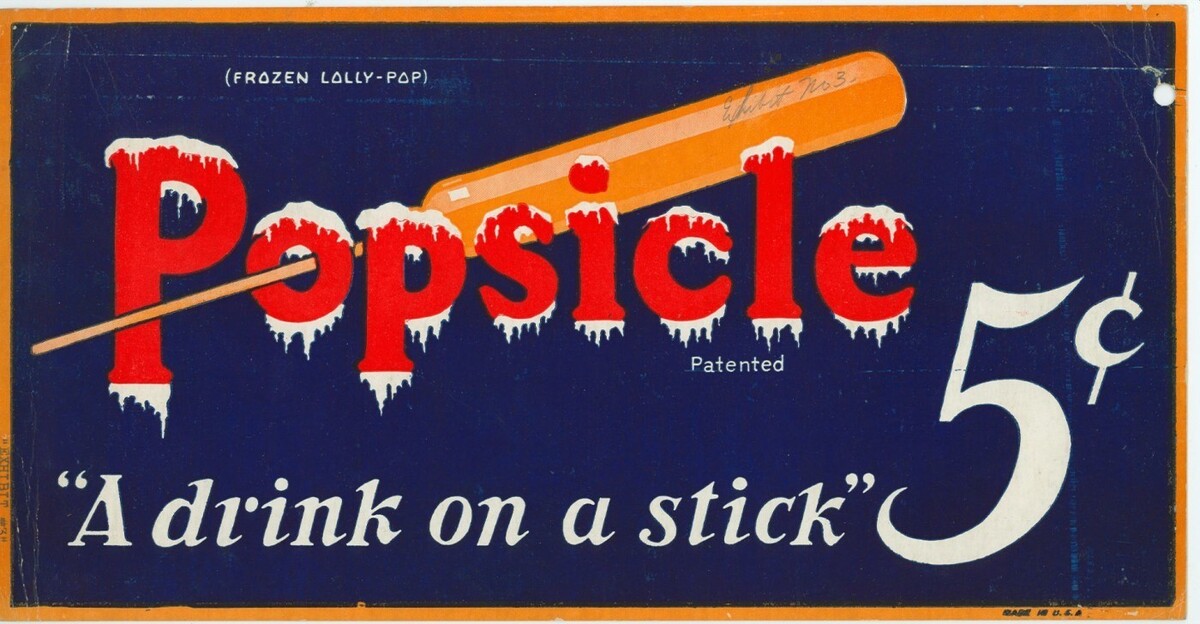 A vintage ad for Popsicle

The next time you pop a Popsicle in your mouth, think about this: You're enjoying the fruits of an 11-year-old entrepreneur's labor.

Back in 1905, a San Francisco Bay Area kid by the name of Frank Epperson accidentally invented the summertime treat. He had mixed some sugary soda powder with water and left it out overnight. It was a cold night, and the mixture froze. In the morning, Epperson devoured the icy concoction, licking it off the wooden stirrer. He declared it an Epsicle, a portmanteau of icicle and his name, and started selling the treat around his neighborhood.

In 1923, Epperson decided to expand sales beyond his neighborhood. He started selling the treat at Neptune Beach, a nearby amusement park. Dubbed a "West Coast Coney Island," the park featured roller coasters, baseball and an Olympic-sized swimming pool. Neptune flourished in the pre-Depression days, and consumers eagerly consumed Epsicles and snow cones (which also made their debut at Neptune).

Buoyed by this success, Epperson applied for a patent for his "frozen confection of attractive appearance, which can be conveniently consumed without contamination by contact with the hand and without the need for a plate, spoon, fork or other implement" in 1924. The patent illustrates the requirements for a perfect ice pop, including recommendations on the best wood for the stick: wood-bass, birch and poplar. Eventually, Epperson's children urged him to change the ice pop's name to what they called it: a Pop's 'Sicle, or Popsicle. 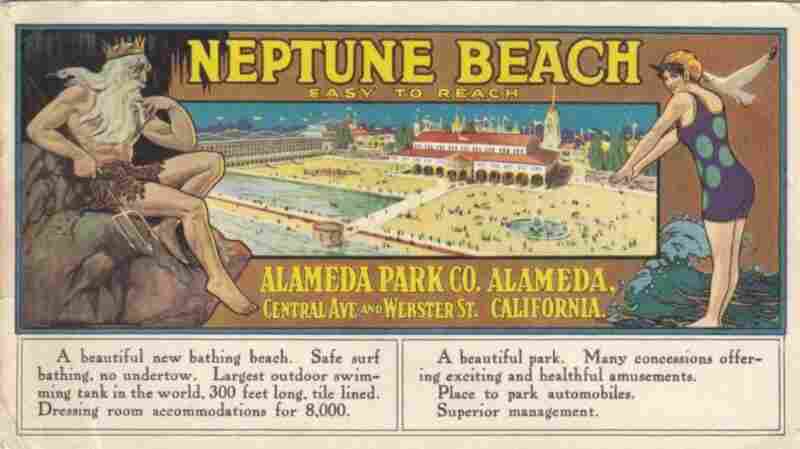 A 1917 ad for Alameda's Neptune Beach, where Epperson sold his frozen "Epsicle" treats in the early 1920s. Courtesy of Alamedainfo.com hide caption 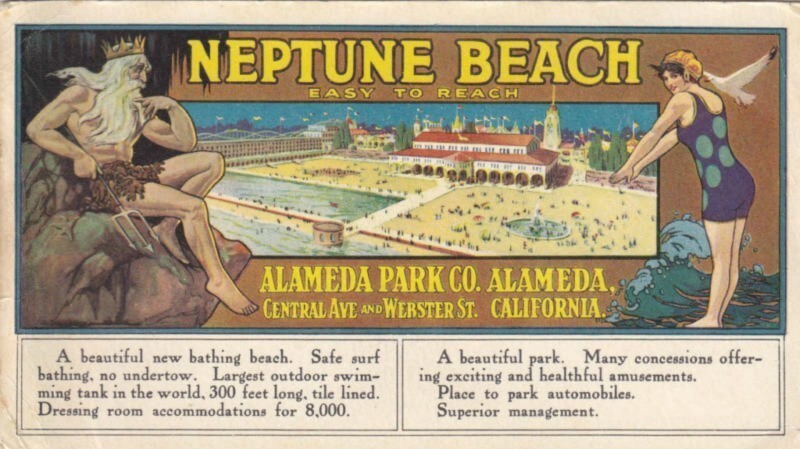 A 1917 ad for Alameda's Neptune Beach, where Epperson sold his frozen "Epsicle" treats in the early 1920s.

This origin story is charming, if somewhat apocryphal (sources differ on the details), but it didn't have a happy ending for the inventor. A broke Epperson sold the rights to his creation to the Joe Lowe Co. in the 1920s, much to his regret: "I was flat and had to liquidate all my assets," he later said. "I haven't been the same since."

The Lowe Co. went on to catapult Epperson's invention to national success. During the Great Depression, the company debuted the two-stick version of the Popsicle to help consumers stretch their dollar — the duo sold for 5 cents. 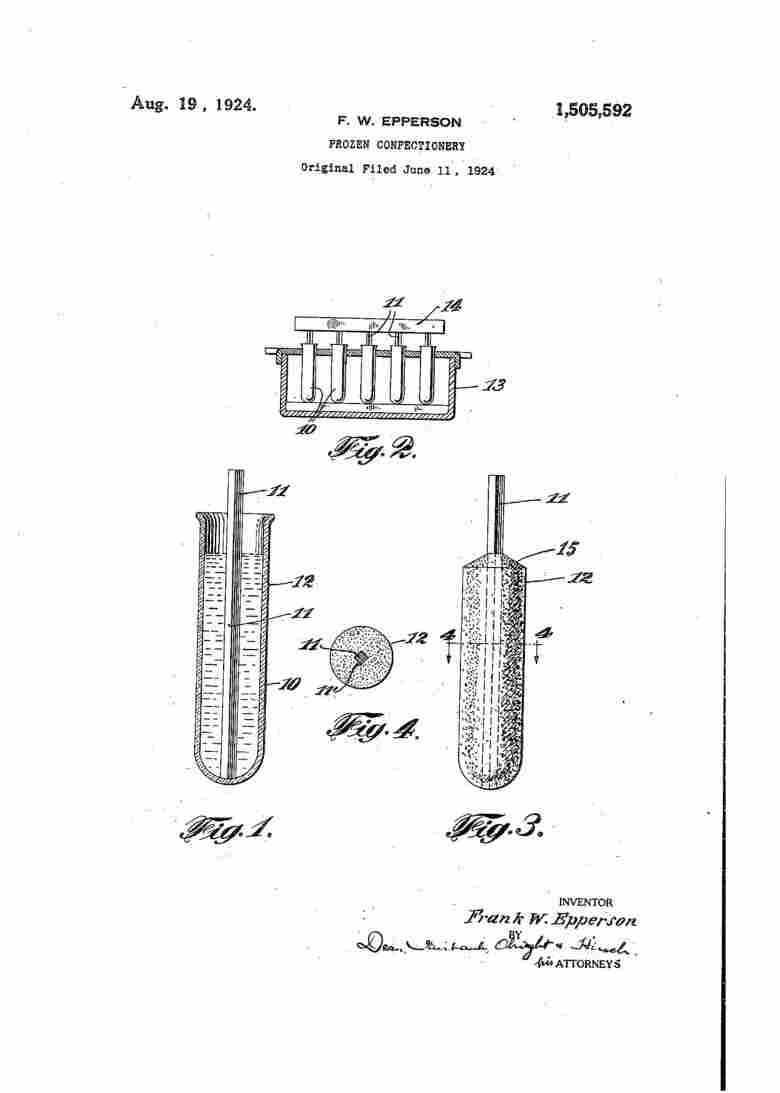 But this delicious duo faced competition from Good Humor, which had recently debuted its own chocolate-covered ice cream on a stick, and Lowe was sued for copyright infringement. The court's compromise? Popsicle could sell water-based treats, and Good Humor could sell ice cream pops. Popsicle tested the limits of the agreement, selling a "Milk Popsicle," and the two companies tussled in court about the definitions of sherbet and ice cream over the years through a series of lawsuits.

The giant food corporation Unilever scooped up the Popsicle brand in 1989, expanding the brand beyond its original fruity flavors. It also bought Good Humor, ending the feud between the two icy competitors.

Over the years, Epperson's childhood invention has achieved iconic status, standing in for any frozen treat the way Kleenex means a tissue. That explains why also over the years, Unilever has worked to keep the name Popsicle its and its alone: In 2010, the company threatened legal action against artisan Brooklyn ice pop makers People's Pops for using the word "popsicle" on its blog.

As for Epperson, he died in 1983 and is buried in Oakland's Mountain View Cemetery, where he's featured on a tour celebrating local food luminaries including chocolate mogul Domingo Ghirardelli and mai tai inventor Victor "Trader Vic" Bergeron.

His story lives on in many forms — from the official Popsicle website, where it's illustrated in comic form, to an inspirational Christian self-help book about trusting in God's grand plan for your life. Epperson's childhood invention, born randomly on a freezing night, has also proved to be resoundingly successful and long lived: These days, some 2 billion Popsicles are sold each year.

Shelby Pope is a freelance writer living and eating her way through Oakland, Calif. A version of this story first appeared on KQED's Bay Area Bites blog.