Accessibility links
Fast-Food Workers Cheer As $15 Minimum Wage Advances In New York State : The Salt The increase, which boosts the minimum wage for many fast-food workers from $8.75 to $15 over several years, needs the labor commissioner's OK. Franchise holders say they're being targeted unfairly. 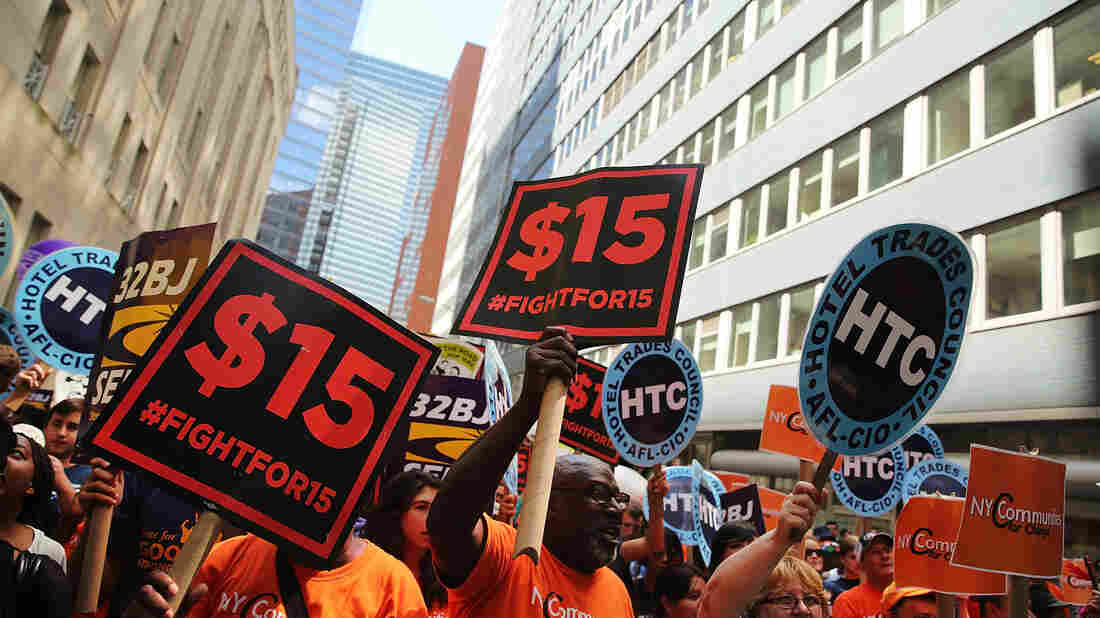 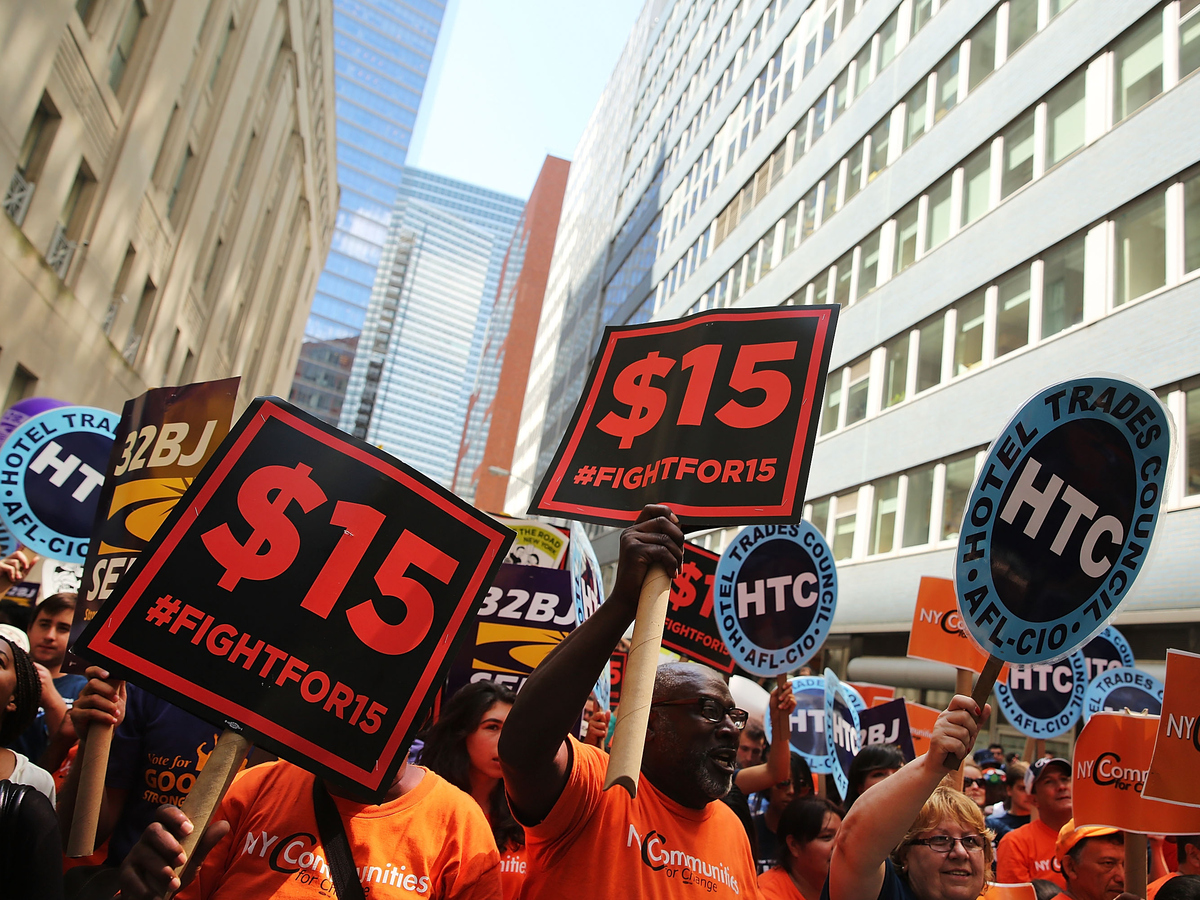 There aren't a lot of obscure government board meetings that warrant a watch party, let alone one with a marching band.

But that's how fast-food restaurant workers and their supporters celebrated Wednesday on a blocked-off street in Manhattan, as they watched a state panel recommend a $6.25 increase in their hourly wage, to $15.

"It's a victory! We have been fighting, and today we have made history," said Alvin Major, a 49-year-old cook at a KFC restaurant in Brooklyn. He said a $15 minimum wage would mean that he could stop relying on food stamps to feed his family of six.

"This will help me to take care of my kids, send them to the right school and put food on the table," he said.

The Birth Of The Minimum Wage In America

The bump to $15 an hour in New York, which would affect workers at chains with 30 or more stores nationally, would match recent increases in San Francisco, Seattle and Los Angeles. It would take effect over the next three years for New York City, and over the next six years for the entire state, if the state's labor commissioner approves the proposal.

Gov. Andrew Cuomo, who appointed the wage board that recommended the wage hike, called its proposal an important first step.

"We will not stop until we reach true economic justice and we raise the minimum wage for every worker in every job in this state," he said.

The fast-food industry is one of New York's biggest employers of low-wage workers.

Randy Mastro, an attorney for fast-food franchise holders, says his clients are being unfairly targeted.

"There are many other similarly situated restaurants, diners, food counters not included in this proposal," he said.

It also could affect business growth, hiring and competition in the state, says Carolyn Richmond, who represents restaurant owners in the New York City Hospitality Alliance.

She says the proposed wage hike would mean that some of her clients won't be able to hire more workers, and that smaller fast-food chains that want to expand might think twice before opening in New York.