Accessibility links
Beyond Brothels: Farms And Fisheries Are Frontier Of Human Trafficking : The Salt The State Department's annual human trafficking report this year gives special attention to slavery in agriculture and fishing. Human rights advocates say there's much work to be done to fight it. 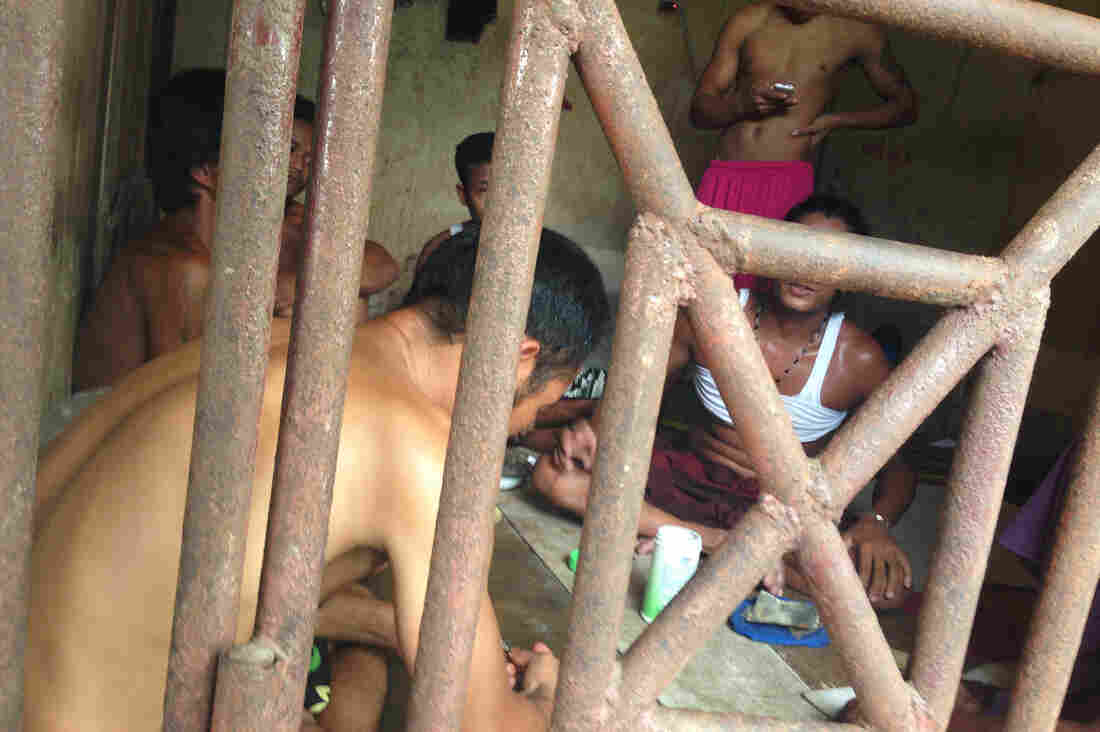 Thai and Burmese fishing boat workers sit inside a cell at the compound of a fishing company in Benjina, Indonesia on Nov. 22, 2014. The imprisoned men were considered slaves who might run away. Dita Alangkara/AP hide caption 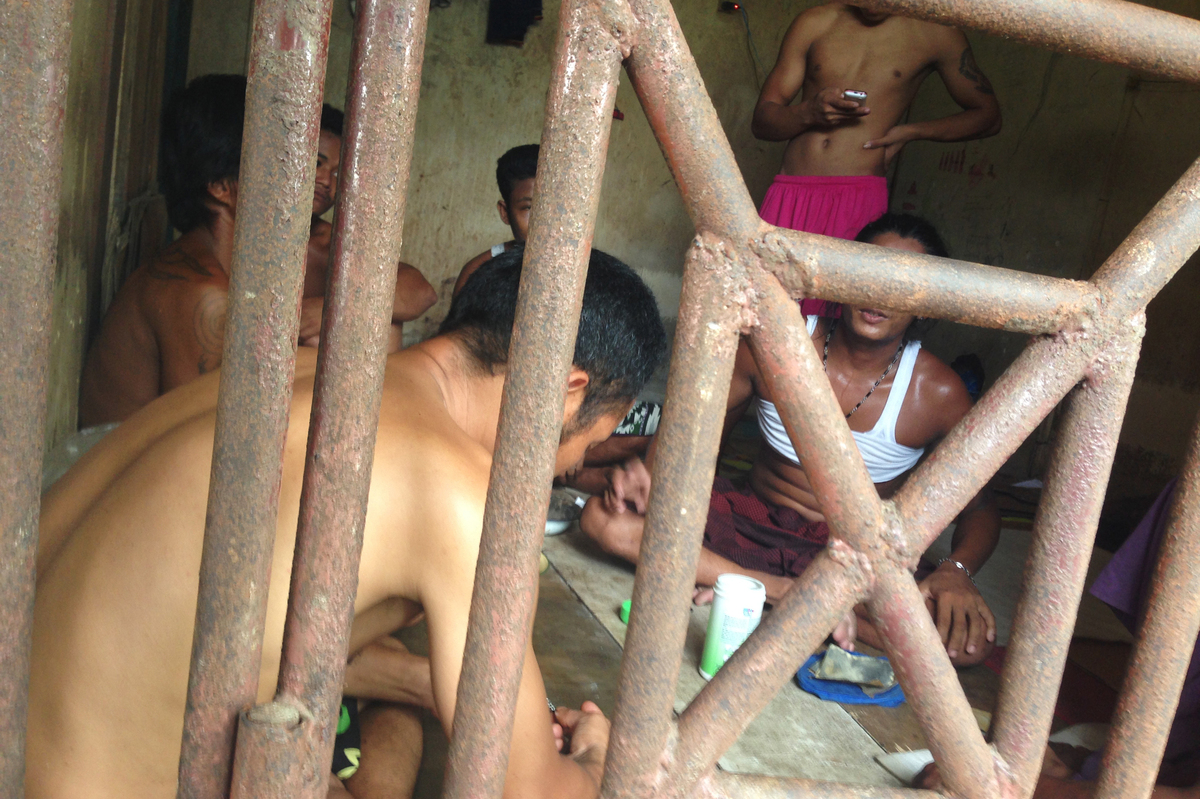 Thai and Burmese fishing boat workers sit inside a cell at the compound of a fishing company in Benjina, Indonesia on Nov. 22, 2014. The imprisoned men were considered slaves who might run away.

When the U.S. State Department released its annual human trafficking report on Monday, it told distressingly familiar tales of forced sex work and housekeepers kept against their will. But this year, one area got special attention: Slavery in the global supply chains of agriculture, fishing and aquaculture.

The report has ranked the anti-trafficking efforts of most nations around the world since 2001, sorting them into three tiers of compliance with the Trafficking Victims Protection Act. To obtain the top ranking of tier one, countries must "demonstrate appreciable progress in combating trafficking," while third-tier countries are deemed to be ignoring the problem, and thus subject to non-trade related sanctions.

In the report's early years, domestic and sex work dominated, and trafficking was attributed to "greed and moral turpitude." But in the 2015 report, the more mundane — but endemic — problem of labor rights within global supply chains takes center stage, with food industries highlighted for both abuse and for some promising efforts to fight the problem.

"Awareness about forced labor and its significance in the global economy has been mounting in recent years," Mai Shiozaki, a spokesperson for the State Department, tells The Salt in an email. A mix of government officials, advocates, businesses and media had driven that shift, she says.

It's a welcome change, say advocates. "We've seen ... a recognition that issues of labor trafficking work their way into goods and products and services we purchase every day as consumers," says Killian Moote, project director of KnowTheChain, a non-profit that helps businesses scrutinize their supply chains for labor abuses. "And it's necessary to continue to highlight that for consumers as well as companies." 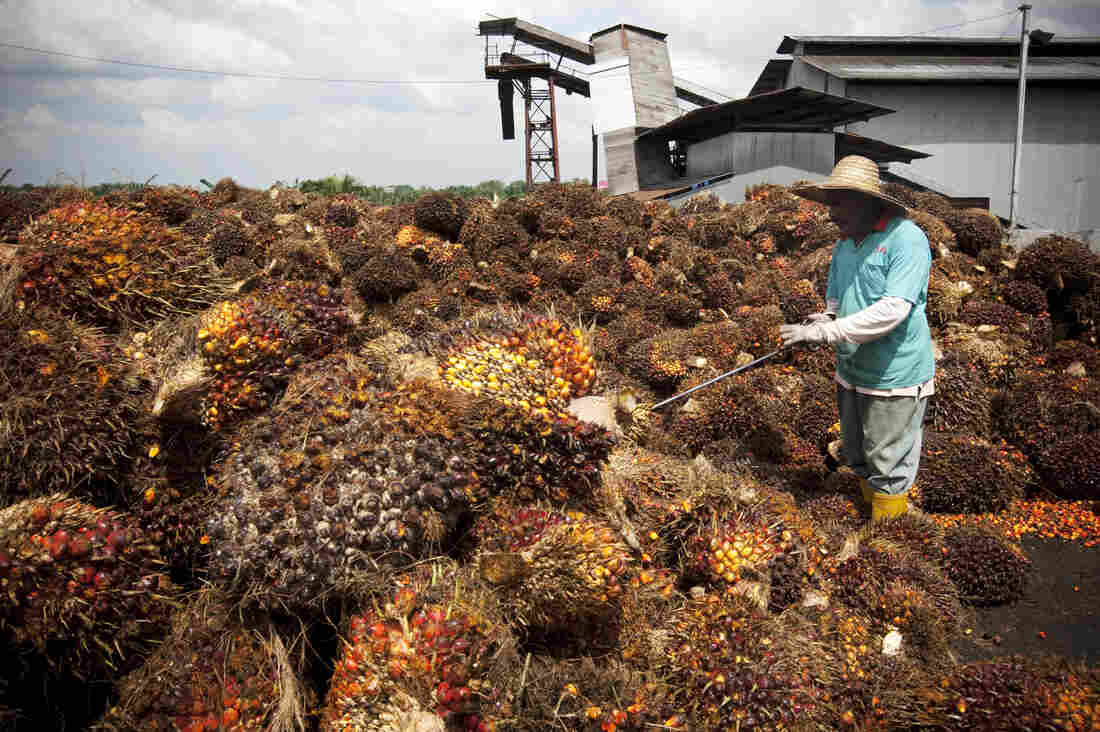 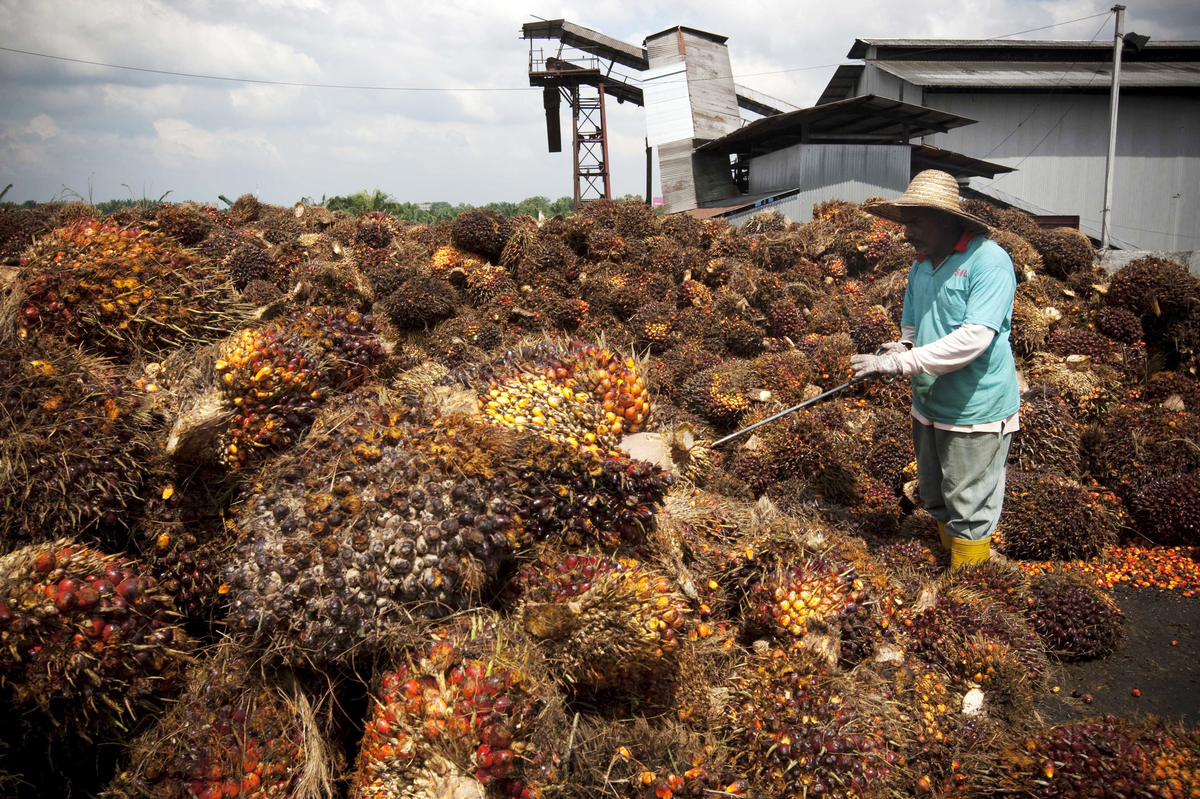 A worker collects oil palm fruits outside Kuala Lumpur, Malaysia in 2009. According to the State Department's 2015 human trafficking report, some foreign migrant workers on Malaysian palm oil plantations are subjected to forced labor.

And once you start looking at the supply chains most likely to have trafficked workers, you find that a striking number are producing food.

In January, Verité, a non-government organization that analyzes labor conditions around the world, released a report commissioned by the State Department analyzing the likelihood of trafficking in federal and private supply chains. Of 48 commodities targeted for additional research because they were especially vulnerable to trafficking, 22 were food — everything from the well-publicized fish, shrimp, cocoa and palm oil industries, to crops like wheat and corn.

Farms and fishing boats have long been some the world's least-regulated workplaces, says Laura Germino, who coordinates the anti-slavery campaign of the Coalition of Immokalee Workers. The CIW first gained national recognition for uncovering modern slavery in the tomato fields of Florida and is highlighted in the report.

"There's always been a big imbalance of power between workers and employers in [U.S.] agriculture," says Germino, noting that farm workers were initially excluded from minimum wage requirements. "So agricultural labor is one of the sectors where you see trafficking occurring the most. And [overseas], it's not going to be any different."

Anti-trafficking advocates say that while they're pleased with the growing recognition that trafficking is a problem throughout low-wage industries, there's much more work to do.

Take, for example, the palm oil industry of Malaysia. Human trafficking on that country's palm plantations was exposed Sunday in the Wall Street Journal. And when the State Department's report came out on Monday, many human rights advocates told reporters they were unpleasantly surprised that Malaysia's ranking — critical to the Obama administration's trans-Pacific trade agreement — improved from third-tier to second-tier.

"It's encouraging to see that the issue of slavery and supply chains is highlighted," says Moote. "But there's a lot more that needs to be done, and upgrading Malaysia when we've seen all these abuses isn't the most effective way to do that."