Accessibility links
Europe's Taste For Caviar Is Putting Pressure On A Great Lakes Fish : The Salt Scientists say lake herring, a key fish in Lake Superior's food web, is suffering because of mild winters and Europe's appetite for roe. Some say the species may be at risk of "collapse." 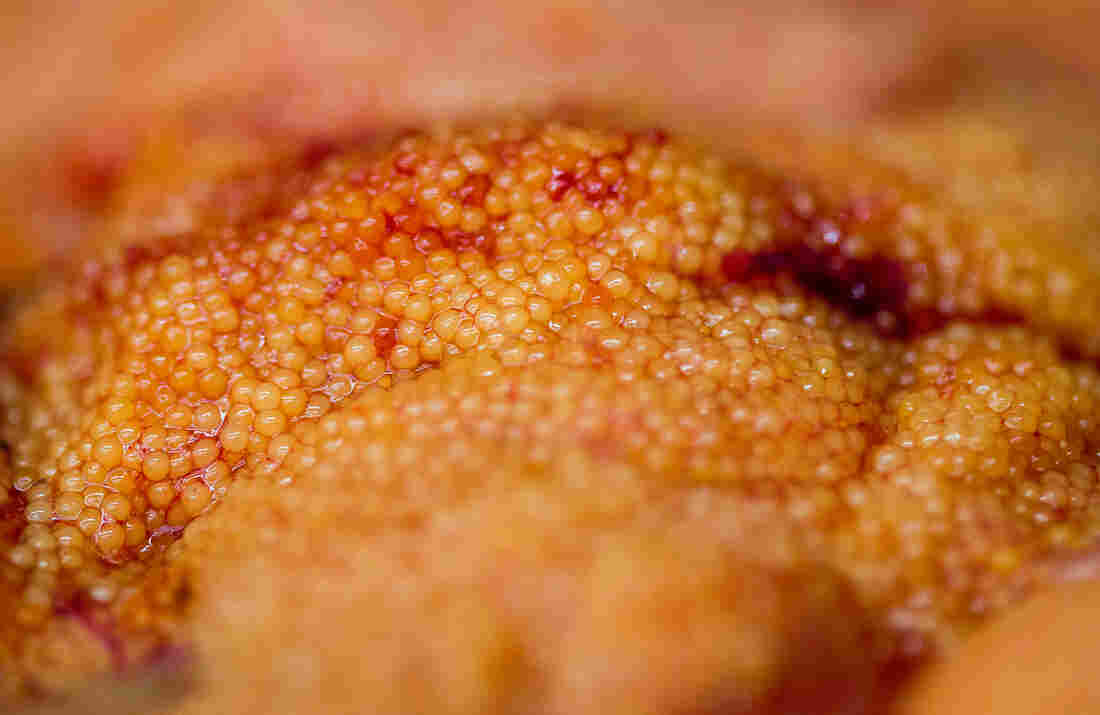 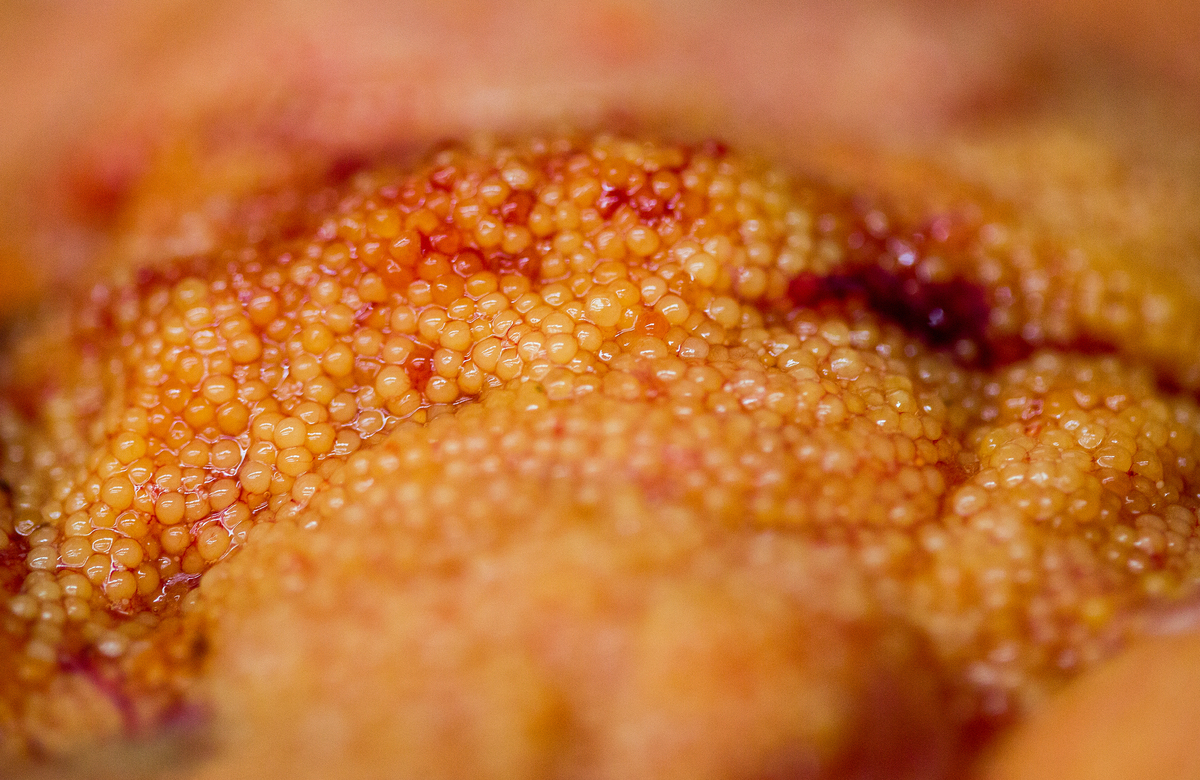 Lake herring roe at the Dockside Fish Market in Grand Marais, Minn. Some workers at the market call it "Lake Superior Gold."

Lake Superior is the largest freshwater lake in the world, by surface area, and it has something the other Great Lakes do not: stable populations of mostly native fish species.

But scientists say a key fish in Superior's food web is now in trouble because of mild winters and an appetite for caviar in Europe.

There wasn't much demand for lake herring 10 years ago. It used to be fed to mink and used as fertilizer, according to Craig Hoopman, a commercial fisherman in Wisconsin who fishes around Lake Superior's Apostle Islands.

"It was just a, a real cheap product," he says.

Around 2007, Scandinavians started buying lake herring eggs, or roe, for caviar. That's because this silvery little fish, also called cisco, is similar to one found in northern Europe eaten as caviar.

"We get really good money for our roe," he says. "It's shipped to Estonia or Sweden so it's kind of a really a small niche."

But what Hoopman calls a "small niche," marine scientists see as a threat to a fish species having other problems.

Mark Vinson directs research on the R/V Kiyi for the U.S. Geological Survey. The boat is called the Kiyi because that's the name for a particular kind of herring only found in Lake Superior.

Vinson says this fishery is enormous and the Apostle Islands are the most prolific breeding grounds. In November, he says, a third of the adult herring in the lake will leave the deep water and head to the west end to spawn. 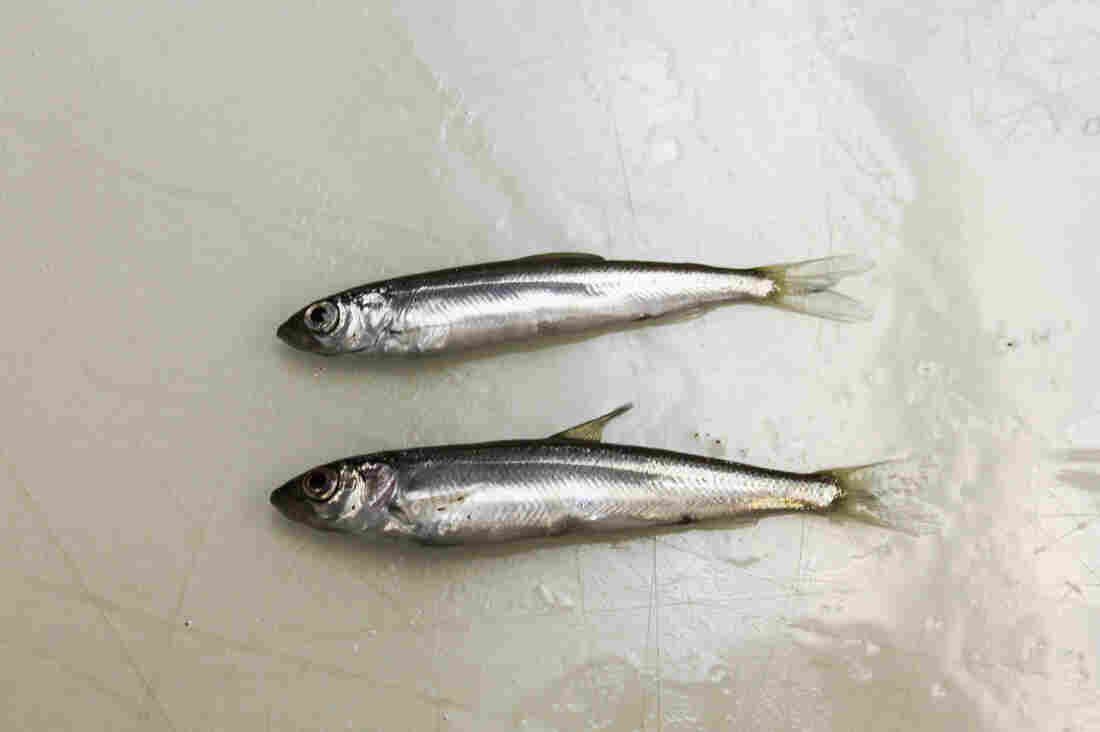 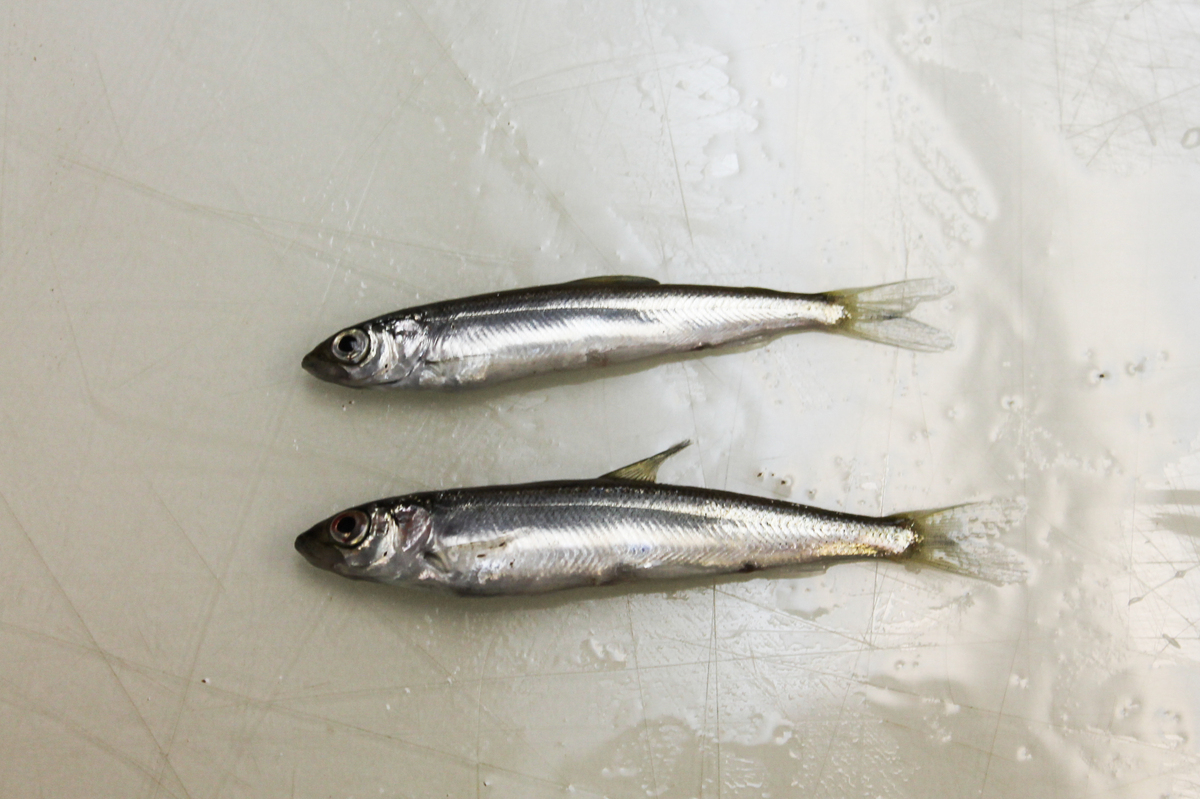 The lake herring, also called cisco, is similar to herring found in northern Europe used to make a popular caviar.

"It's on the order of 60 million fish that are coming into the western arm of Lake Superior in the fall to spawn," he says. "And 60 million fish is a lot of fish. That's bigger than the historical [salmon] runs on the Columbia River, for example."

Of course, a lake herring is smaller than a Pacific salmon — a big one is 15 or 20 inches long.

But these fish are a key link in the food web of Lake Superior. For instance, whitefish, the most popular seafood in the Great Lakes, depend on herring eggs to get through the winter. And other fish, like lake trout, eat the young that hatch.

The problem is not many young fish are hatching and surviving in recent years.

The Kiyi does annual surveys of Lake Superior. They sweep trawl nets all over the lake and count the fish they find. And it's been a decade since they saw large numbers of young lake herring. This year is decent, but some years they've found almost no young fish at all.

Vinson says explaining why lake herring reproduce so sporadically is the holy grail of fish science up here.

"There hasn't been anyone who's really solved it — like put their finger on it — and says, 'This is the reason that recruitment is so variable,' " Vinson says.

They do know that ice plays a key role. While ice cover on Lake Superior doesn't guarantee a bumper crop of young lake herring, it does not seem to happen without it, and ice has been missing on the lake until the last couple winters.

That's why researchers are worried about the fishing around the Apostle Islands. Commercial fishers in Wisconsin can catch as many pregnant lake herring as they want to sell for roe.

In April, the Great Lakes Fishery Commission urged the state of Wisconsin, and some Indian tribes there, to reduce the harvest.

Terry Margenau, at the Wisconsin Department of Natural Resources, agrees it's a problem.

"What's going on right now we don't think could go on for long without seeing some impacts," Margenau says.

One of Margenau's biologists put it more bluntly at a conference in March. He used the word collapse to describe what might happen to the lake herring fishery.

But Margenau is optimistic that Wisconsin and the tribes can agree to limit their catches, and give the fish a better chance to reproduce this November.