Accessibility links
Pesticide Drift Threatens Organic Farms : The Salt Farmers use millions of pounds of pesticides each year to protect crops from weeds and insects. When those chemicals drift to neighboring property, they can ruin crops on organic farms. 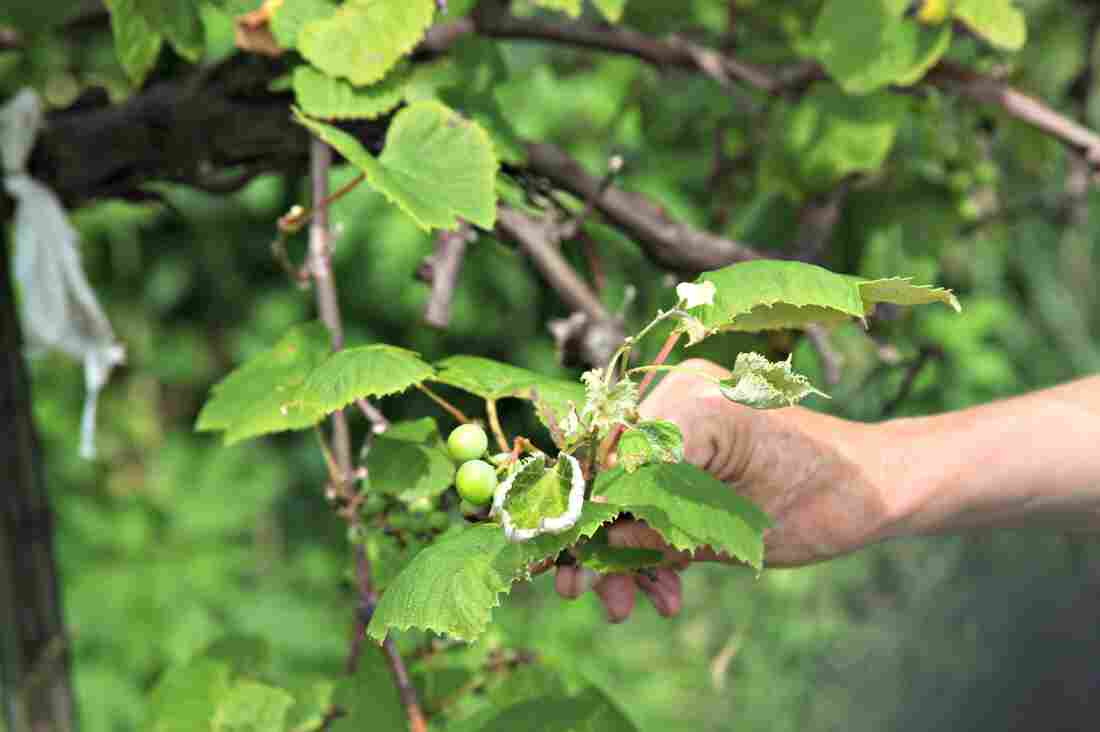 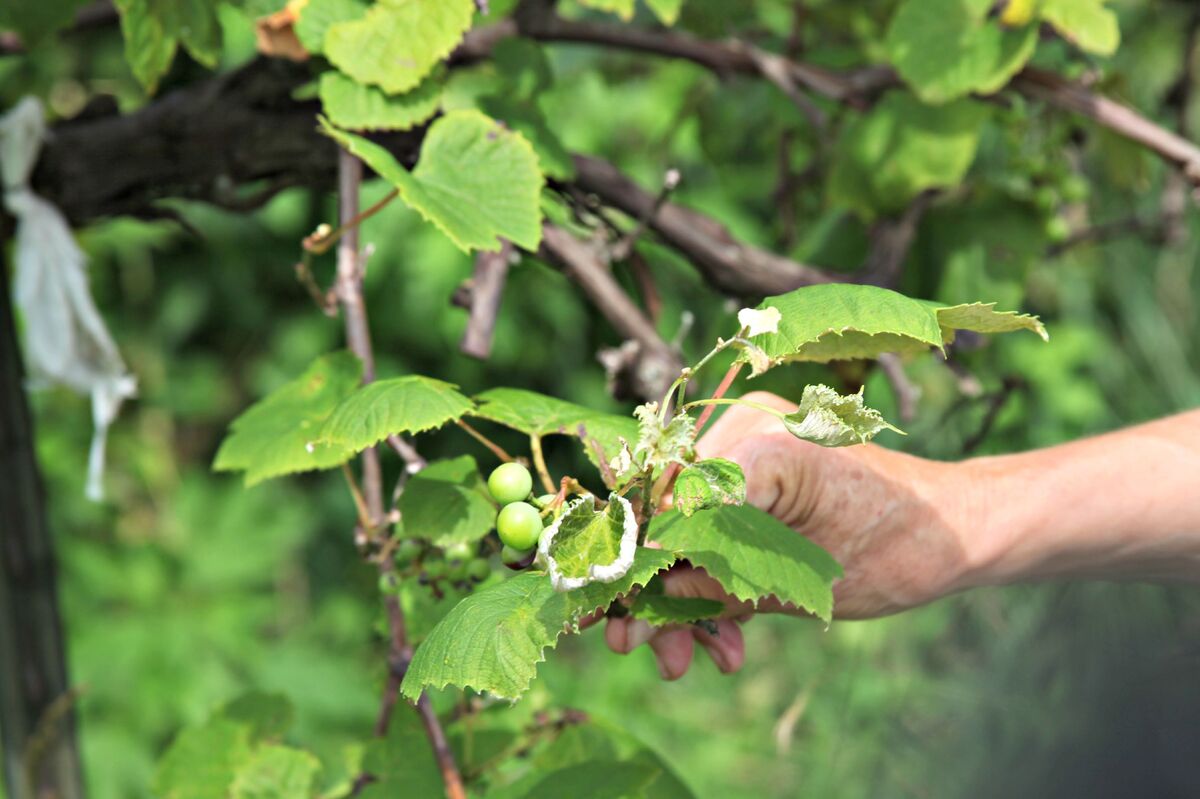 Chert Hollow Farm sits nestled between rows of tall trees and a nearby stream in central Missouri. Eric and Joanna Reuter have been running the organic farm since 2006. That means they don't plant genetically modified crops and can only use a few approved kinds of chemicals and fertilizers.

"We've traditionally raised about an acre and a half of pretty intensively managed produce, so it's a very productive acre and a half," Eric Reuter says.

Their neighbors grow acres of conventional corn and soybeans, and they mostly got along. That is until one July evening in 2014. Joanna Reuter was transplanting some broccoli when a sound caught her attention.

"I basically heard this loud noise," she says. "It was coming north to south, and I basically yelled, 'What the 'beep' is that?' "

They spotted a crop duster passing unusually close to their property. Shortly after experiencing headaches and irritation, they knew the wind had blown something chemical onto their land. Without knowing what it was, they were left in the lurch, with a big asterisk on the authenticity of their organic crops.

"We were concerned about how do we properly market ourselves, because we feel very strongly about openness and honesty," Eric Reuter says. "We felt a little odd about marketing farm shares and such for the next year as a sustainable, chemical-free farm."

They've opted not to sell their produce this year and hope the contaminated soil will rebound for next year. It's a big hit for their small business.

And for the crop duster? He received a warning letter. The farm next door did not respond to my requests for an interview.

"We're more susceptible to that kind of contamination than we thought," Eric Reuter says. "And that raises the stakes significantly for a farm like ours."

In the U.S., farmers use nearly 900 million pounds of pesticides every year to protect their crops from weeds and insects. Sometimes those chemicals drift to neighboring property, which can ruin crops on organic farms.

Although conventional farms can also get hit with unwanted pesticides, it's the $40 billion organic industry that's most vulnerable. As more organic farms pop up, these kinds of disputes will only be more common.

Kaci Buhl of the National Pesticide Information Center says there's no clear picture of how common pesticide drift is for the nearly 20,000 organic farms nationwide.

"The data would get better, and possibly resource allocation would increase, if there was more consistent reporting," she says.

Each state's agency responsible for handling pesticide-drift investigations — typically, it's the state agriculture department or the equivalent — deals with the probes differently. 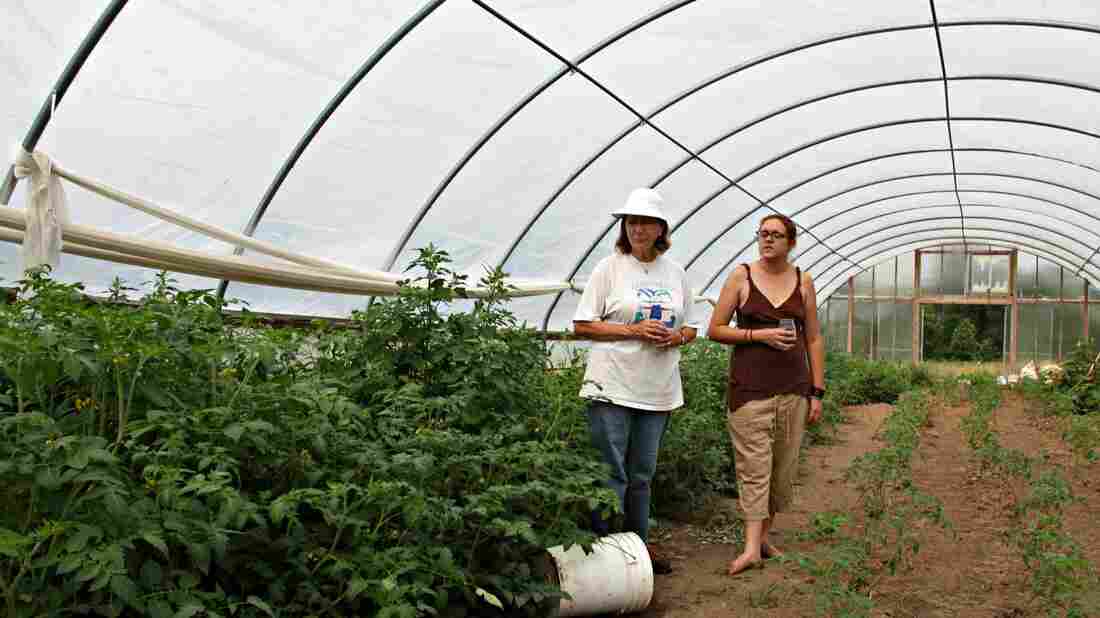 Organic farmers Margot McMillen and Julie Wheeler check on their tomato plants. They moved the plants into a greenhouse to protect them from pesticide drift. Kristofor Husted/Harvest Public Media hide caption 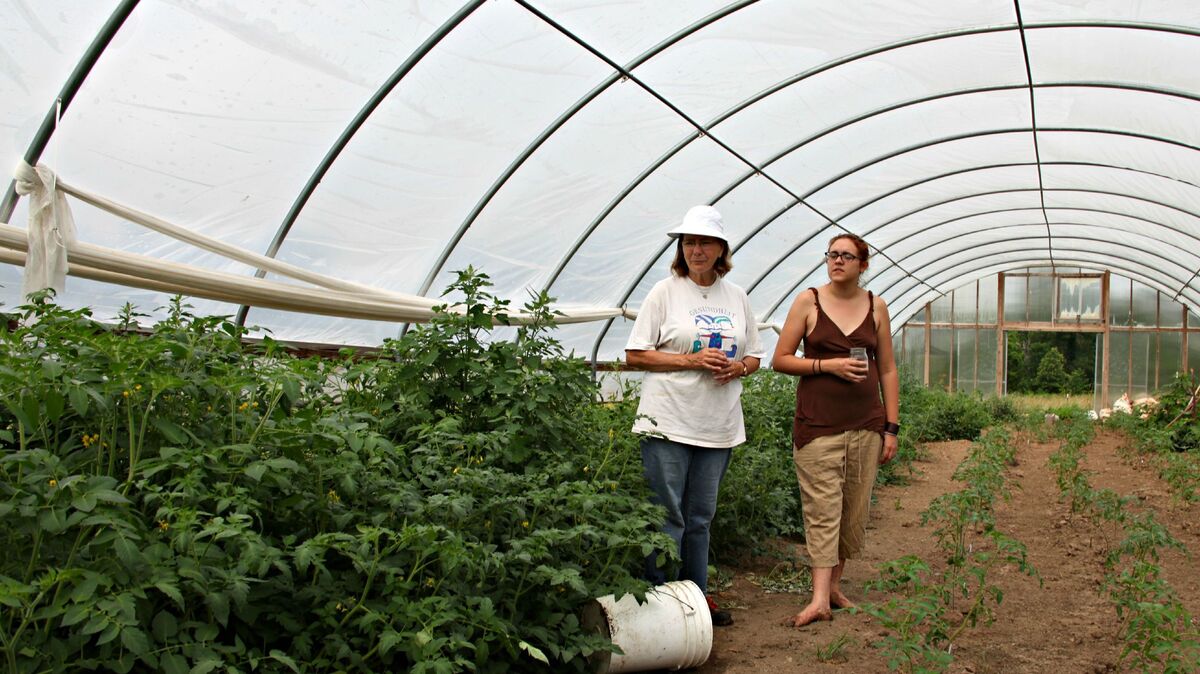 Organic farmers Margot McMillen and Julie Wheeler check on their tomato plants. They moved the plants into a greenhouse to protect them from pesticide drift.

Missouri Department of Agriculture spokesperson Sarah Alsegar says the department does its best, but is sometimes limited by the turnaround time of lab analysis, as well as gathering records from the pesticide applicators in the region.

That's why the organic industry is pushing for national regulations that prioritize drift investigations and consider stricter penalties for negligent farms. Farmers say investigations into chemical drift can drag on for months, and penalties vary.

"Once we do have a federal approach to pesticide drift, I suspect we'll be a lot more coordinated in our responses, and potentially, have better prevention strategies and more timely reaction to events when they do occur," says Nate Lewis with the Organic Trade Association.

Lewis says that drift needs to remain on the forefront of policy efforts, especially as organic acreage grows and farmers become more aware of pesticide drift. Currently, there is no federal policy outlining pesticide drift investigations or recourse.

Paul Schlegel with the American Farm Bureau Federation says unless the drift problem escalates, the current state regulatory system that handles drift incidents works. The focus should be on improving education and drift-reduction technology.

"I think you would probably find in the organic sector as whole, there's a greater reluctance to accept pesticides as a whole," he says.

Ultimately, he says, pesticides are part of the food production landscape all farms just have to navigate.

Recently, organic farmer Margot McMillen was traipsing through her muddy farmland, about 25 miles from Chert Hollow. At her farm, called Terra Bella Farm in central Missouri, she grows all sorts of vegetables.

While scanning her crops after a recent rain, she noticed some possible pesticide damage on her grape vines.

"This curling of the leaf is real characteristic, and there's a real thinness of that leaf," she says, cradling the leaf in her hand. "To me they look like little fists (saying), 'Help, help.'"

McMillen is all too familiar with curled up foliage. She says in 2014, pesticide drift destroyed $25,000 worth of her tomatoes. The state agriculture department confirmed drift occurred, but couldn't identify the culprit.

Even if her contaminated produce had survived, it was no longer sellable as organic. Pesticide drift puts McMillen and much of the organic industry in a tough spot.

This year, she says, she's been forced to grow her plants "defensively." Large bushes now block the wind from the road. She moved crops over a hillcrest, away from other farms, and moved the tomatoes inside the greenhouse.

"Everybody (who) doesn't use [pesticides] is running into this problem," she says.

McMillen says she knows her farm is still vulnerable. She says a federal policy would help, but planting defensively — even through it's not foolproof — is the best she can do for now.

This story comes to us from Harvest Public Media, a public radio reporting collaboration that focuses on agriculture and food production.