Accessibility links
Americans Are On The Hook For Seafood Consumption : The Salt Nutritionists say the vast majority of Americans don't eat the two recommended servings of seafood a week. What to do about it? Educate people on how to fit more fish in to their diet.

Americans Are On The Hook For Seafood Consumption

Americans Are On The Hook For Seafood Consumption 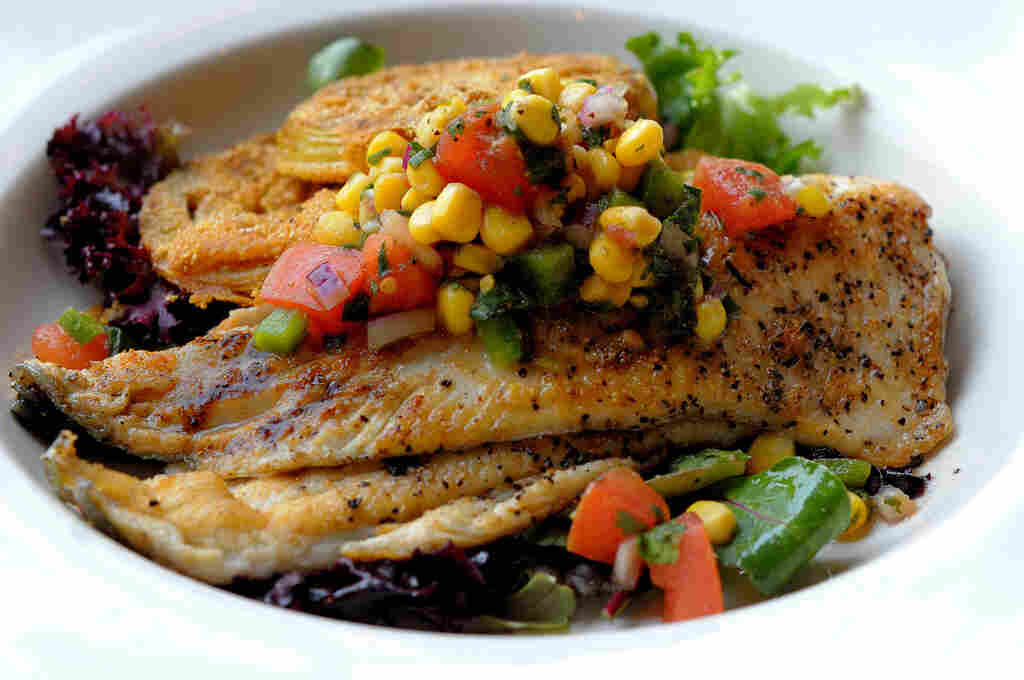 Trout is one type of fish high in omega-3s that nutritionists say Americans should eat more often. Flickr hide caption 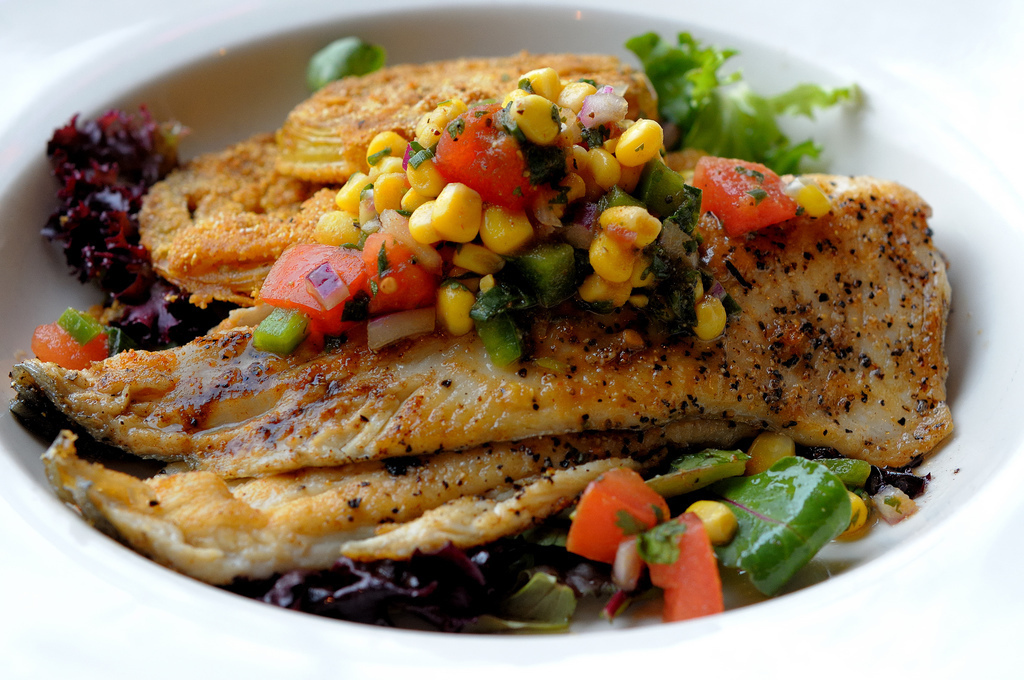 Trout is one type of fish high in omega-3s that nutritionists say Americans should eat more often.

Whether it's a clam bake, a salmon steak or a fried shrimp po' boy, Americans have strong traditions of eating fish.

But the majority of us aren't eating as much as we should to be healthy.

The 2010 Dietary Guidelines for Americans recommend eating two servings of seafood weekly, or eight ounces of both fish and shellfish. But approximately 80 to 90 percent of U.S. consumers don't get that much, according to a study by scientists at the U.S. Department of Agriculture's Agricultural Research Service.

The study, published in the journal Nutrients in December, pulls data from the National Health and Nutrition Examination Survey and the What We Eat in America Survey that polled 15,407 U.S. adults from the year 2005 to 2010. It found that the groups eating the least seafood were women, people from 19 to 30 years old and people of lower income and education levels.

Fish and shellfish are full of nutrients such as protein and vitamin B-6 and B-12. But it especially shines when it comes to omega-3 fatty acids: EPA and DHA. Omega-3s are good for brain and eye development, and also boost heart health in all age groups. With two servings a week, you can usually get at least 1,750 milligrams of EPA and DHA. The fish with the most omega-3s? Salmon, mackerel, herring, sardines, anchovies, trout and tuna.

So why aren't we not eating enough?

Lisa Jahns, lead study author and nutritionist with the USDA, says it's unclear. But, she says, the media tends convey the risks rather than benefits for farmed fish and seafood, even though studies show that the benefits of omega-3s far outweigh the risks of mercury, as The Salt has reported. So people may have been scared off by fish.

"There's a perception that seafood is expensive, it's a restaurant type of food," she says. "Or people will say, 'I'll order seafood when I'm going out to eat because I don't know what to do with it when I'm home.' "

It's fine, Jahns says, but it's better to spread it into two servings because the absorption of the omega-3s are improved if ingested over time.

Kleiner adds there are many other ways to incorporate seafood into meals. Replacing some of the chicken or red meat with it once in a while is a good way to start, Kleiner says. Try throwing in a can of tuna or anchovies when you're making spaghetti or slap a piece of salmon on the grill – that's two servings right there, she adds.