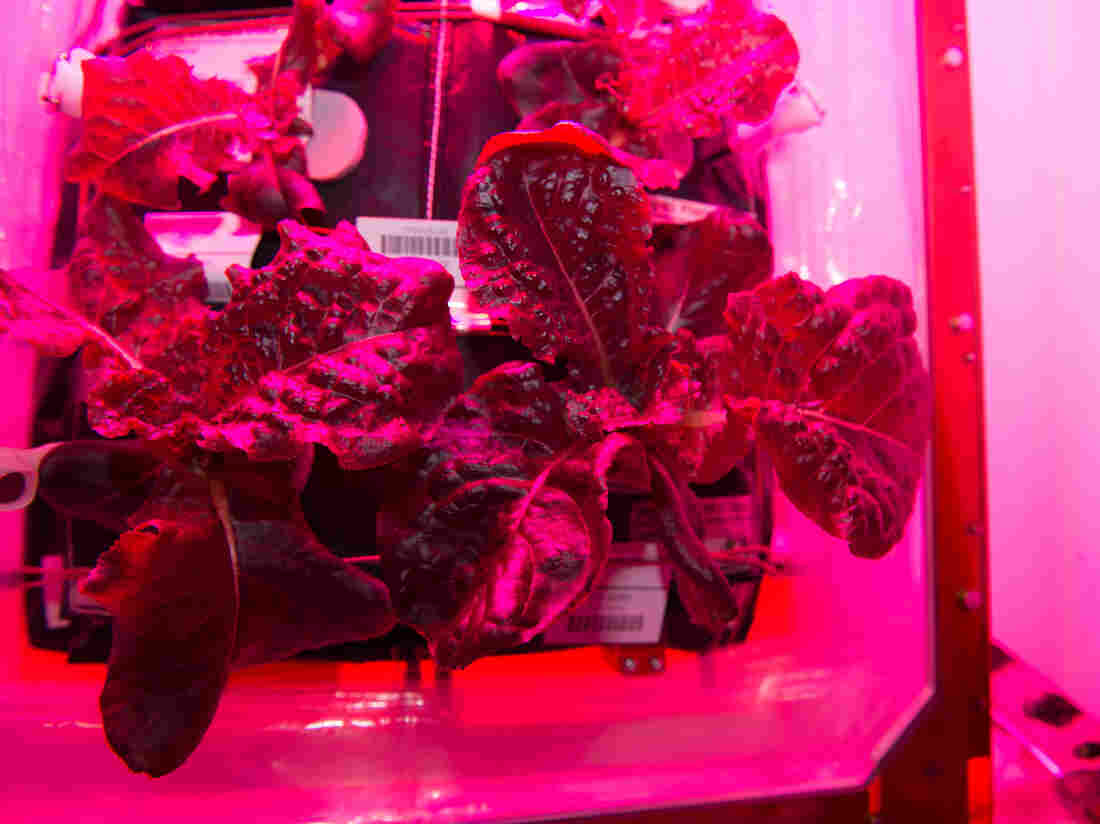 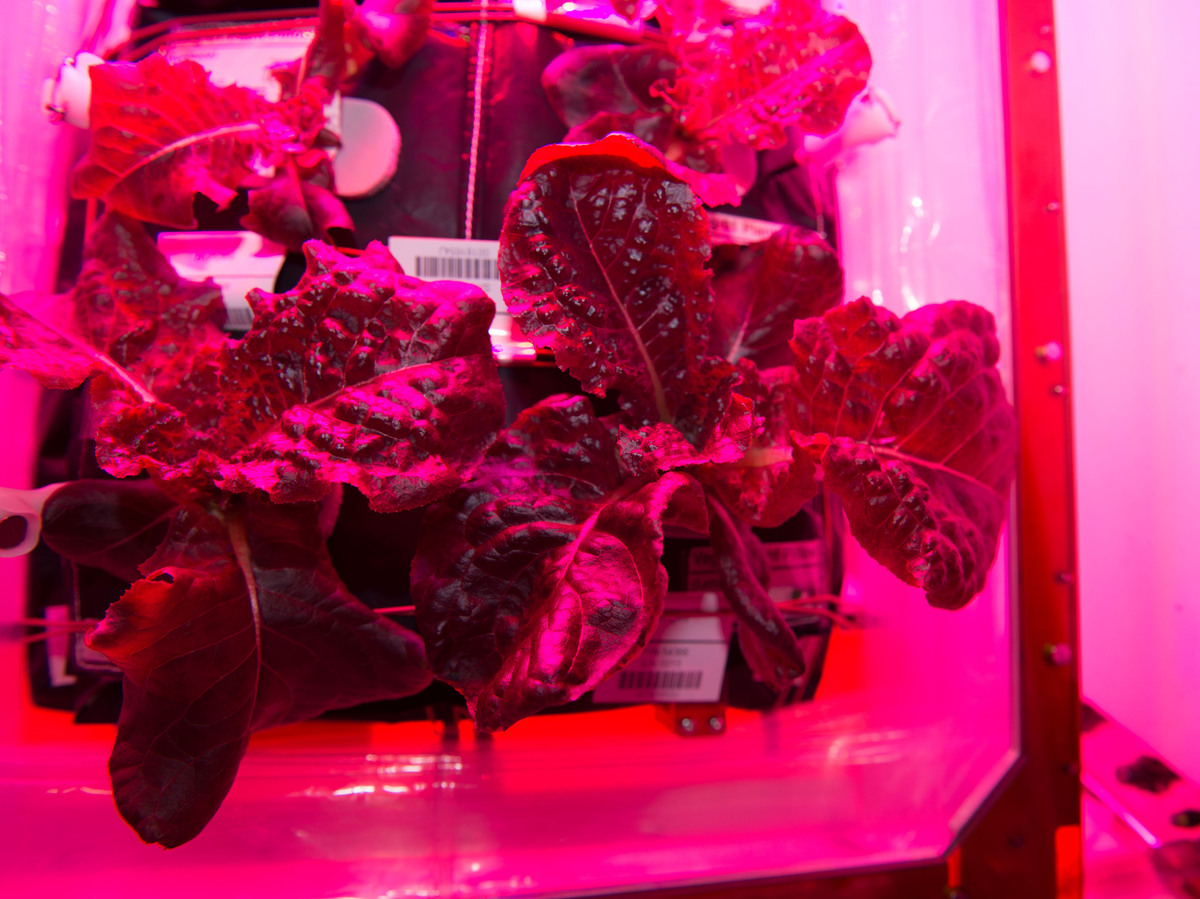 In space, food is freeze-dried, prepackaged, and frankly not always very tasty. But on Monday aboard the International Space Station, astronauts got a rare treat: fresh lettuce.

The red romaine lettuce was grown by NASA's Veggie project, which has one goal — to bring salad to space.

"It's just one of those things that we have to learn if we're going to step into the solar system and go to Mars," says Trent Smith, the Veggie project manager. "How will you grow your plants?"

It turns out, farming in space is not as simple as you'd think. First, there's the problem of water. On Earth, gravity pulls it down toward the roots, but in space, it can ball up in the corner of a pot and leave the roots high and dry. Smith's team has developed a solution: a "pillow" of aerated clay, to which you add water. The clay provides structure for the roots to spread out in zero G.

Second, plants also need fresh air to breathe. On Earth, wind keeps fresh air coming, but inside the space station, there is no wind. So fans must constantly circulate air.

Finally there's the issue of light. The space station is whipping around the Earth fast: "Every 90 minutes there's a new sunrise, so for a plant, that would be extremely confusing," Smith says. The Veggie team added some artificial lights to keep the orbiting lettuce on an Earthly schedule. 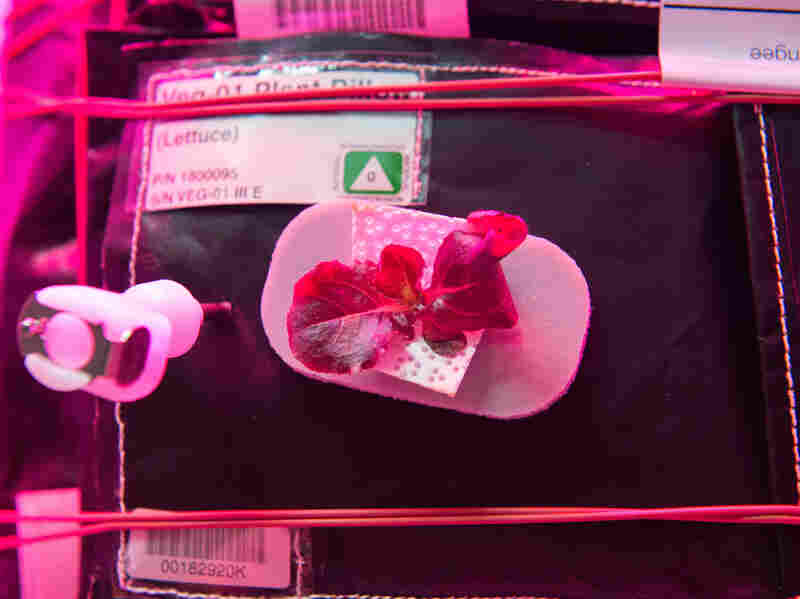 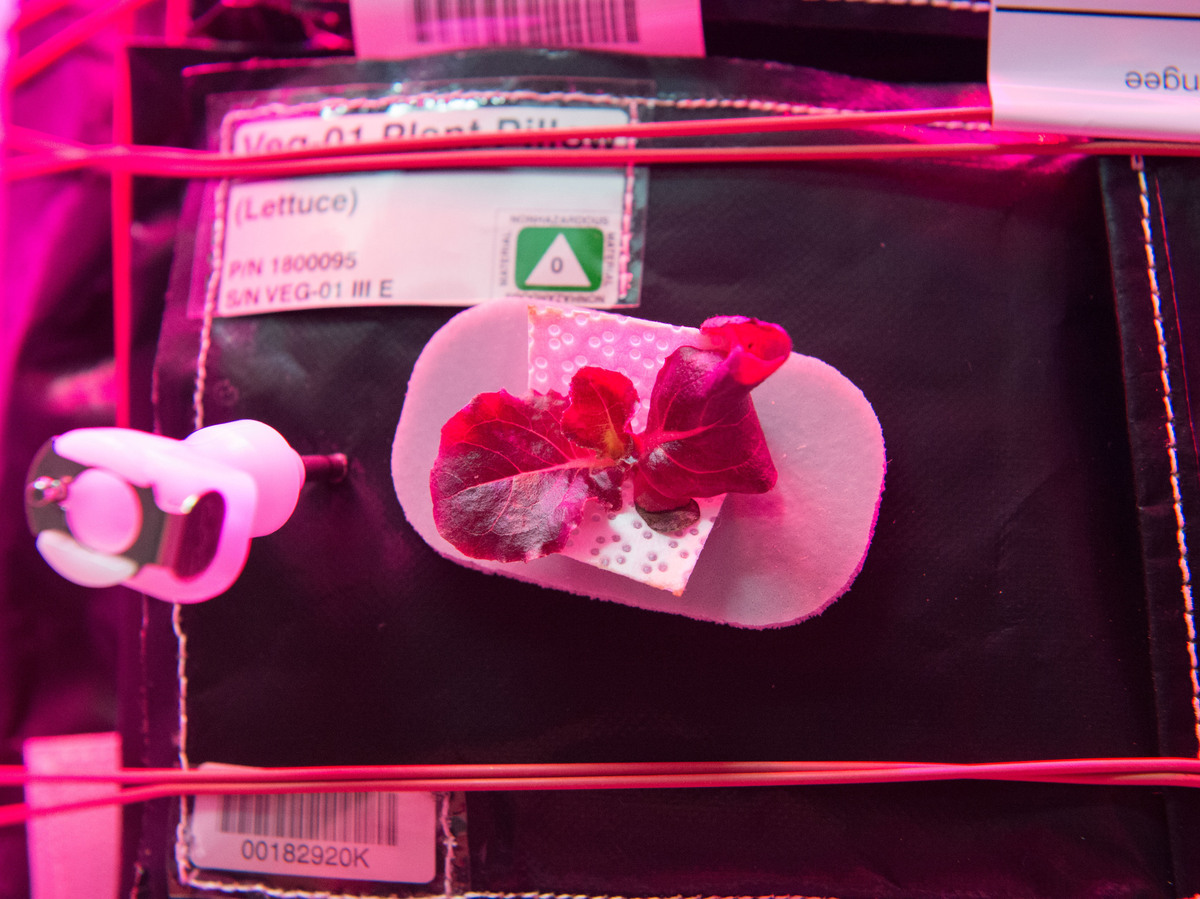 The plants sprout from artificial "pillows" that mimic soil on Earth.

The system took years for engineers on Earth to develop. But growing Monday's salad on the space station didn't take long at all.

"July 8 it started. We had 33 days of growth, and the plants were just fantastic, I mean, big, large leaves," Smith says.

The lettuce was ready. The astronauts were hungry. And this morning, there was just one question left: How would the crew take their leafy greens?

The astronauts went with a simple balsamic dressing and reported that the space salad tasted out of this world.

This wasn't the first time astronauts had grown lettuce in space. Last year, astronauts grew an equal amount of tasty greens. They were frozen and returned to Earth for careful analysis — though Smith suspects the crew at the time may have sneaked a bite: "I am fairly certain we didn't get all the lettuce home last time," he says.

This lettuce could be just the tip of the iceberg. There are plans for cabbage, cherry tomatoes and even potatoes. As we leaf into the final frontier.