Accessibility links
Unfolding The History Of Napkin Art : The Salt The simple napkin has a surprisingly complex history. The masterful table centerpieces of the Renaissance were rich in status and meaning. 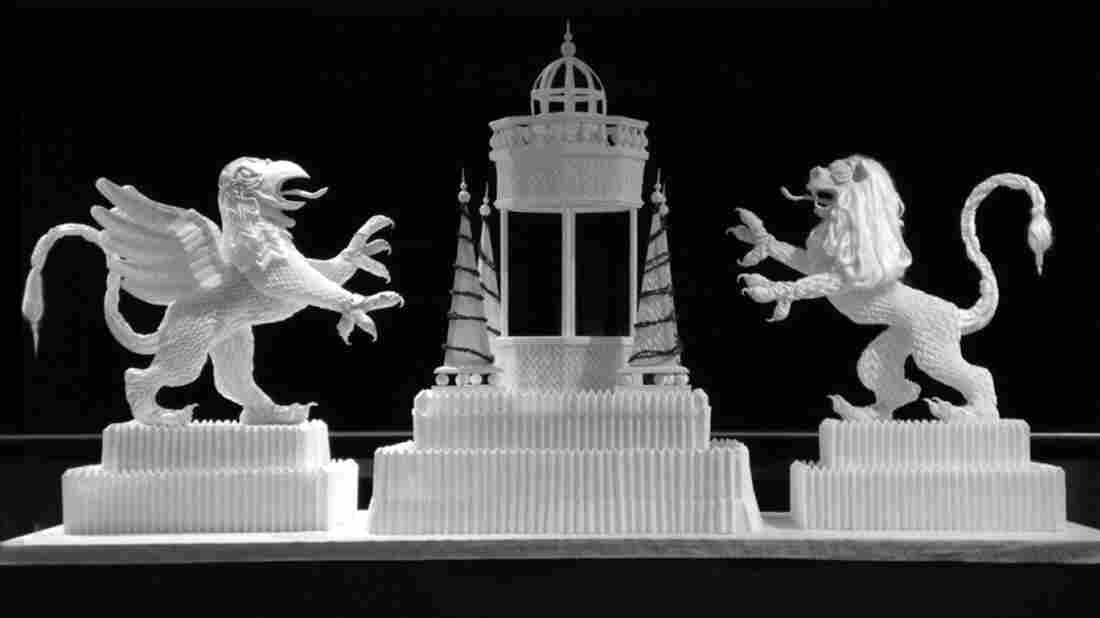 In 16th century Italy, the nobility began decorating their tables with "triumphs" made entirely from folded napkins. The art form had pretty much died out by the time artist Joan Sallas began studying centuries-old illustrations and taught himself how to re-create them. Photo from The Beauty of the Fold: A Conversation With Joan Sallas. Courtesy of Charlotte Birnbaum/Sternberg Press hide caption 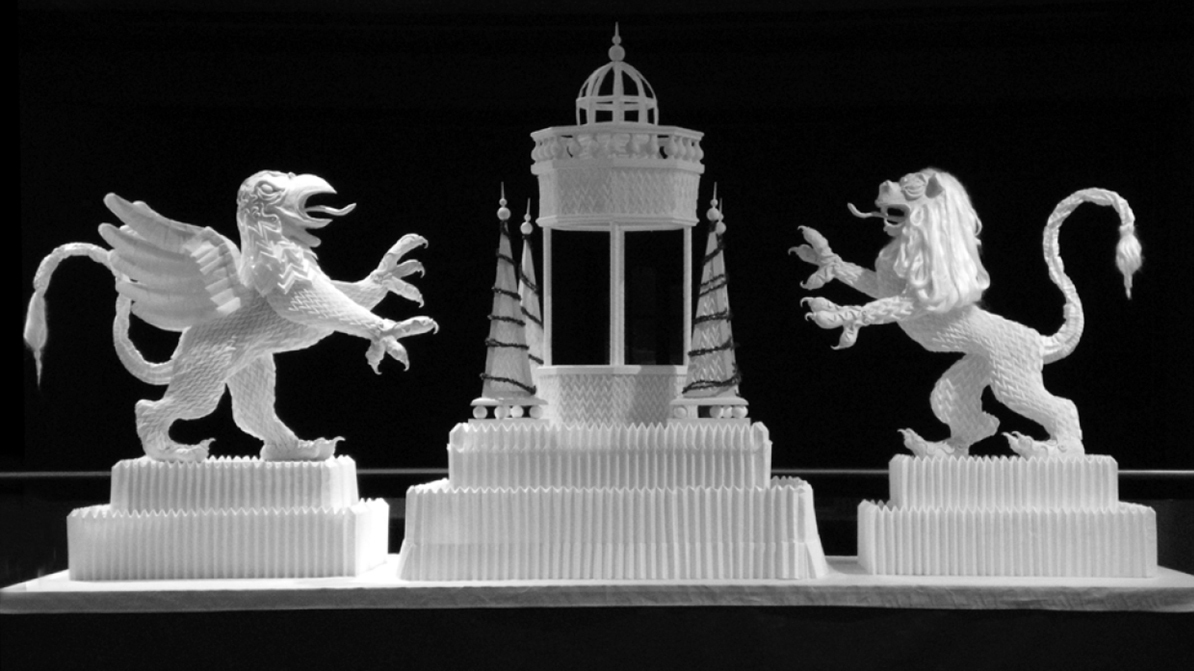 In 16th century Italy, the nobility began decorating their tables with "triumphs" made entirely from folded napkins. The art form had pretty much died out by the time artist Joan Sallas began studying centuries-old illustrations and taught himself how to re-create them. Photo from The Beauty of the Fold: A Conversation With Joan Sallas.

Napkins today are mundane and practical, made from paper or cheap factory cloth and folded, if at all, hastily into a rectangle. In the past, napkins weren't just for wiping hands or protecting clothing — they were works of art.

Charlotte Birnbaum, who along with folding artist Joan Sallas co-created a history of napkin art in the book The Beauty of the Fold, says the change from "folded cloth to folded art" occurred in 16th century Florence, Italy. It had become fashionable for the wealthy to wear voluminous clothing and ballooned sleeves. 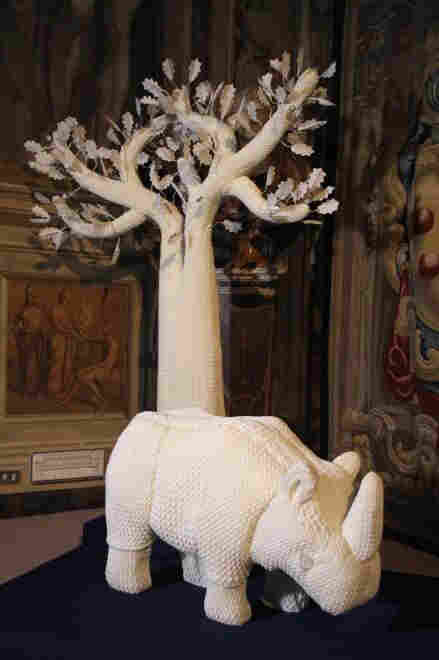 Intricately folded designs could depict anything from mythical beasts to castles or trees. Courtsy of Joan Sallas hide caption

That bigger and more extravagant thinking soon spread to table linens, too. Napkins became bigger and bigger and, instead of putting a big pile of cloth like a bed sheet on the plate in front of guests, Birnbaum says, "they started to fold it."

Starched linens were pleated into large table centerpieces known as "triumphs." They depicted real or mythical animals, natural elements such as trees and architectural shapes that resembled castles or fountains. In addition to being a display of wealth, there was meaning hidden inside the folds.

"At wedding banquets, each guest received a personal napkin," says Sallas. "The model reflected whether you were the bride, the groom, a man or woman and so on." Folded napkins today simply make the table setting look nicer, Sallas laments.

Soon these detailed napkin sculptures spread throughout European courts, explains Birnbaum. They became status symbols, and the depth of their artistry became an ongoing competition among hosts. Butlers were sent to Rome and Florence to learn the latest techniques.

The first important how-to book was Li Tre Trattati, written by German-born Matthia Giegher (sources differ on the exact spelling of his name) in 1629. Birnbaum credits his "German thoroughness and methodical mind" for creating one of the few texts that has allowed scholars to trace the development of napkin-folding throughout the Renaissance and has allowed artists like Sallas to re-create such works. 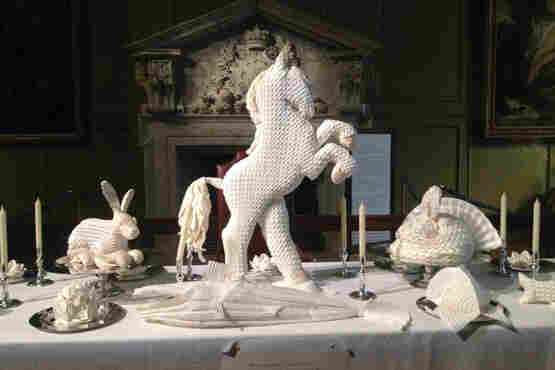 Though today we see these folded sculptures as simple decoration, 16th century guests would have been well aware of the symbolism behind each choice. These examples of napkin art were on display at Hampton Court Palace outside London in 2014. Courtesy of Joan Sallas hide caption

The era of the grand folded napkin came to an end during the 18th century. "The folded napkins started as an aristocratic phenomenon and finished with the guillotining of aristocrats during the French Revolution," Sallas explains. However, a more modest variation survives in the form of individual napkins.

Of course, the first thing guests do when sitting at a table is unfold their napkins. "The life of a folded napkin is extremely short," says Sallas. This is why none of these intricate creations has survived in museums; the only way for people to see them again is if they are re-created.

Folded beauty - masterpieces in linen by Joan Sallas from Waddesdon Manor on Vimeo.

This is exactly what Sallas has spent the past 15 years of his life researching and practicing. However, there is one element he has been unable to replicate: the fine quality linen. Some of these old linens (unfolded) have been conserved in museums, allowing him to see and feel their high quality.

"I have found no fabrics as fine as those produced by any factory today," Sallas says.