Accessibility links
Cherokee Purple: The Story Behind One Of Our Favorite Tomatoes : The Salt Consumers have seed savers and amateur breeders to thank for discovering and sharing heirloom varieties of some vegetables and tomatoes like the Cherokee Purple.

Cherokee Purple: The Story Behind One Of Our Favorite Tomatoes

Cherokee Purple: The Story Behind One Of Our Favorite Tomatoes 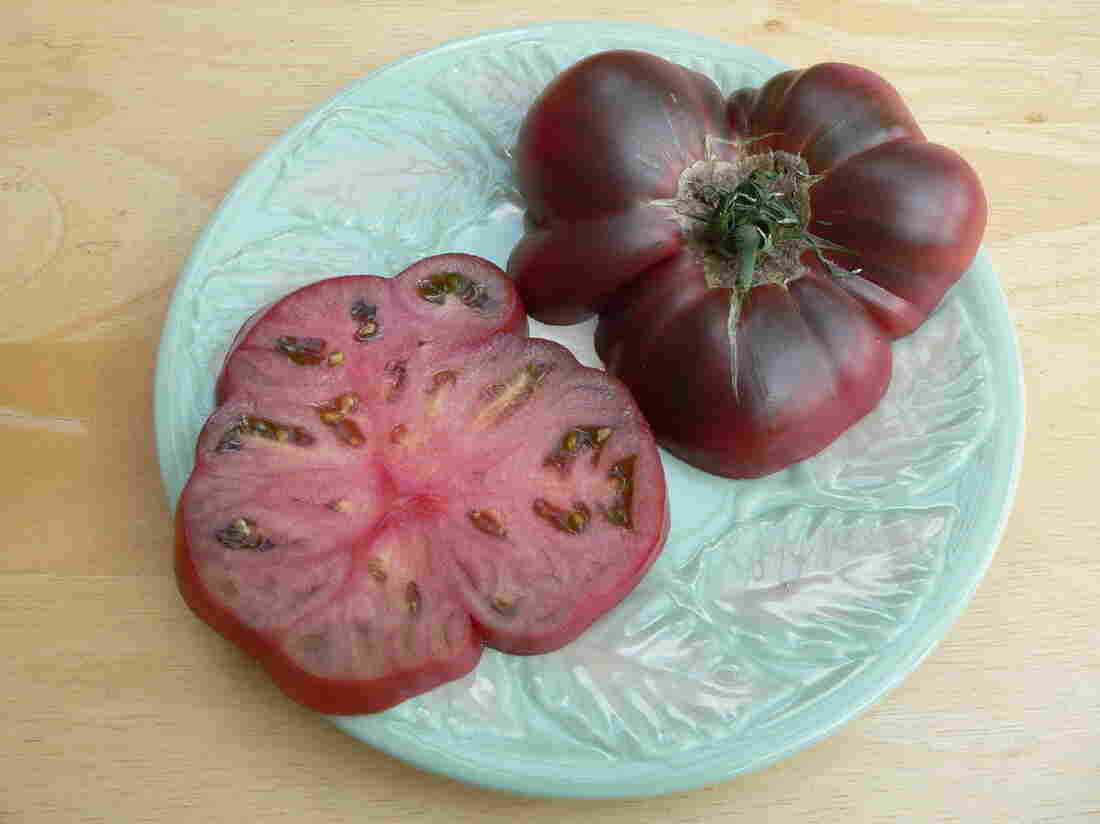 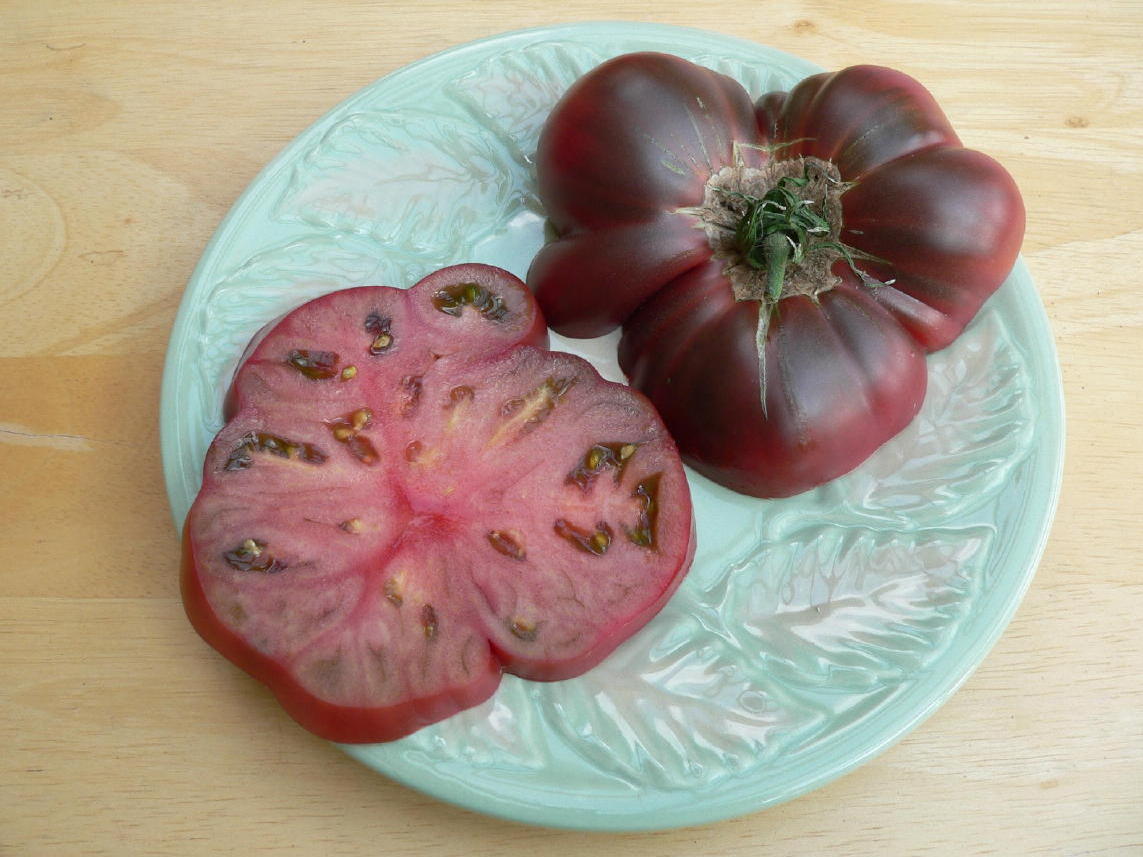 A Cherokee purple tomato grown in Alaska in 2011.

Fortunately for those of us who are suckers for novelty, every year fruits and vegetables seem to come in more bewitching colors, shapes and flavors. In recent years, we've been transfixed by Glass Gem Corn and the vibrant orange Turkish eggplant.

If you go to the farmers market this time of year, tomatoes are strutting their stuff in all sorts of glorious and quirky hues: green striped, white, pink, indigo, even purplish-brown. They boast intriguing names, like Mortgage Lifter, Arkansas Traveler and Pink Berkeley Tie Dye. Some are true heirlooms, passed down over decades or centuries. Others are brand new to the world, the progeny of the latest cross-breeding experiments.

We got to wondering just who, besides farmers, is to thank for this expanding panoply. And we learned that while there are many professional breeders tinkering with the desirable traits that show up in the new varieties, amateur breeders — passionate seed savers and collectors — also play a vital role in discovering fruit and vegetable varieties guarded and nurtured by families over generations. Every now and then, these amateurs convince seed companies that the rest of the world will want to enjoy something they've discovered.

Craig LeHoullier, a retired chemist from Raleigh, N.C., can take credit for introducing us to the Cherokee Purple tomato, one of the most popular heirlooms grown and sold today. You'd be forgiven if your first impression of this fruit, with its ungainly bulges and tones of brown, green and purple, was dismissive. But its flavor consistently knocks socks off, with its balance of sweet, acid and savory — even a hint of smoke.

LeHoullier is — it's fair to say — obsessed with tomatoes and their stories. With more than 3,000 varieties, he has one of the largest personal tomato collections in the country. In his small yard at his home in the Raleigh suburbs, he can grow only 200 plants, so each year he must pore over the collection to decide what makes the cut.

An avid gardener for much of his life, LeHoullier, 59, joined the Seed Savers Exchange in 1986 and began connecting with other gardeners and seed savers to trade tips and favorite varieties.

Soon, LeHoullier had built a reputation as a tomato connoisseur, joining a small group of other hard-core tomato seed savers committed to reviving heirlooms. (Heirlooms are much friendlier to seed saving than the ubiquitous red hybrid tomatoes that dominate the commercial market.)

One day in 1990, a packet of tomato seeds arrived in LeHoullier's mail with a handwritten note. The sender was John Green of Sevierville, Tenn., who wrote that the seeds came from very good tomatoes he'd gotten from a woman who received them from her neighbors. The neighbors said that the varietal had been in their family for 100 years, and that the seeds were originally received from Cherokee Indians.

"It was a question of being in the right place at the right time," says LeHoullier, whose book Epic Tomatoes: How To Select & Grow The Best Varieties Of All Time came out in January. "Green had the forethought to send them to me, hoping that I would love them."

His hunch was correct, and LeHoullier was so impressed with the tomatoes the color of a "bad leg bruise" that he named them Cherokee Purple and sent his friends at a few seed companies some seeds.

"If Craig hadn't said, 'This tomato is really amazing,' I doubt we would have tried it," says Ira Wallace, who coordinates the variety selection for Southern Exposure Seed Exchange, a cooperative seed company that's helped to promote and disseminate many heirloom varieties. "It was an ugly tomato, and before all these heirlooms came along, all we knew were red and yellow tomatoes."

Rob Johnston is the founder and CEO of Johnny's Selected Seeds, another company that got the Cherokee Purple from LeHoullier and now does good business from the seed. Johnston says it's rare that an amateur seed saver discovers a variety that becomes commercially popular, but it's more likely for tomatoes than, say, carrots.

"Tomatoes are always a favorite of seed savers because they're easy to save," says Johnston. "And tomato seeds have long viability, so they might sit in a glass jar in somebody's pantry for many years before someone discovers it and decides to keep growing it." But those purple carrots you might spy at the market? That's the work of professional breeders, says Johnston.

As for the family lore that often accompanies heirloom seeds like the Cherokee Purple? Its accuracy is always hard to judge, says LeHoullier. "It's one of the more fascinating and frustrating aspects of pursuing heirlooms. For the vast majority we have a tantalizing taste of history, but there are always more questions to ask," he says. 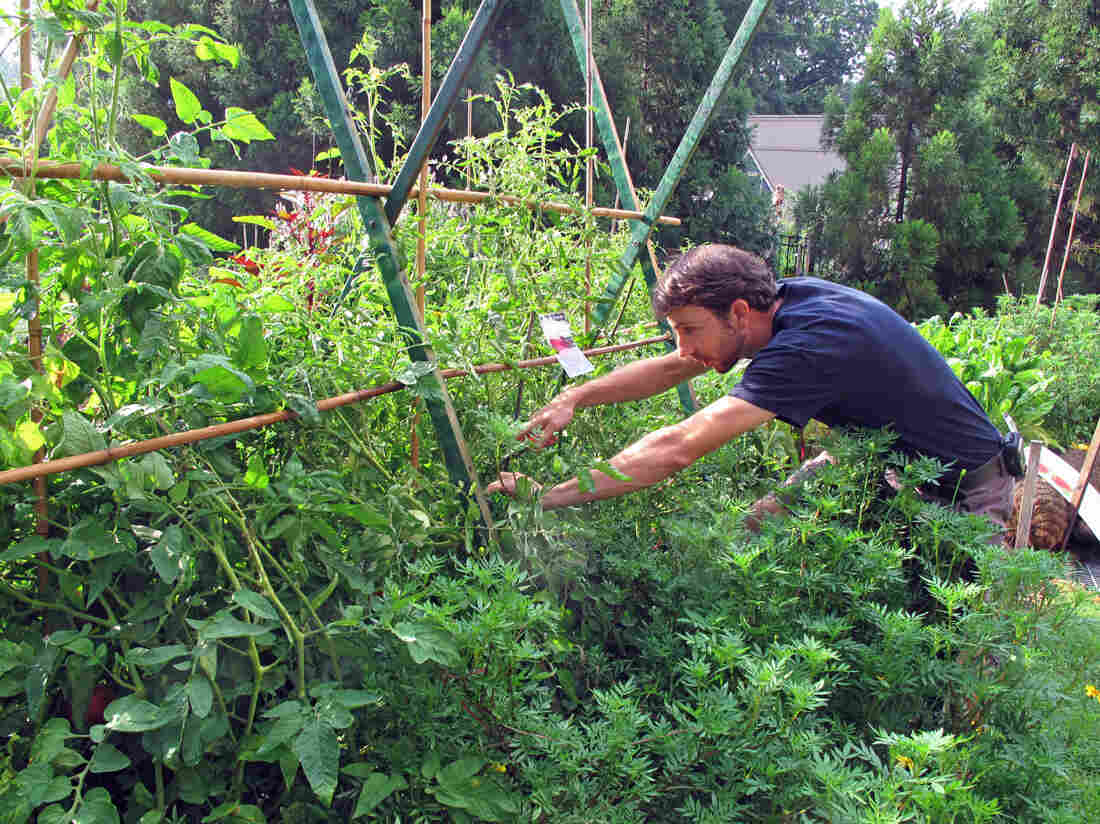 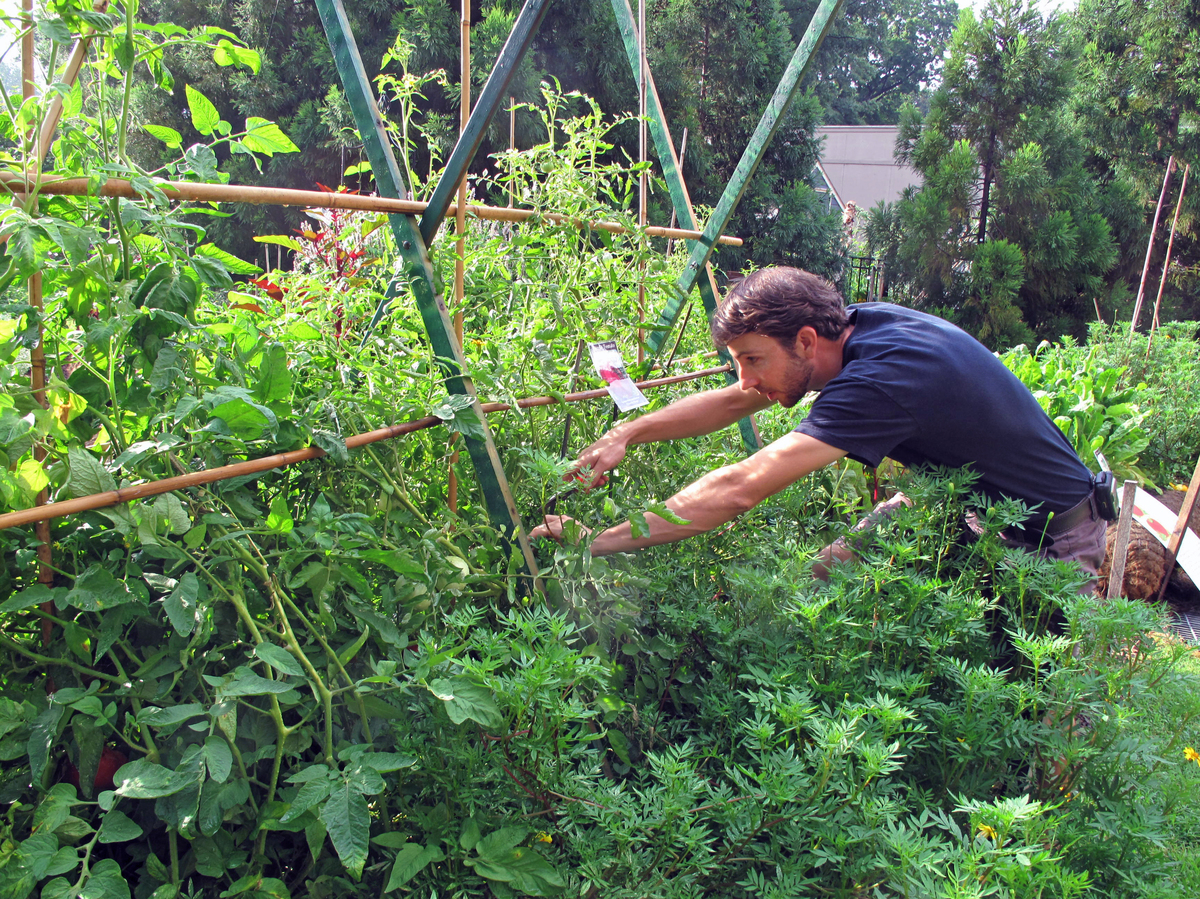 As for the Cherokee legend, Joe Brunetti, a horticulturalist with Smithsonian Gardens who manages the Victory Garden at the National Museum of American History, says it's quite conceivable that the Cherokees were growing tomatoes in Tennessee over 100 years ago.

"We grow the Cherokee Purple in the Victory Garden because it tolerates the humidity and diseases here better than the other dark tomatoes," says Brunetti. "That makes sense if it comes from the Tennessee River Valley originally, which is also humid."

"The stories themselves offer a snapshot of a time and place and region — they're a real wealth of cultural history," says Sara Straate, who leads a project to document the stories behind the seeds in the collection of the Seed Savers Exchange.

In 2015, Seeds of Change, another seed company, made the Cherokee Purple the poster child for its new initiative Save the Flavors, and is giving away free seeds to encourage people to keep heirloom varieties like it going.