Accessibility links
Why Thick Flour Tortillas Never Made It Big And Thin Tortillas Did : The Salt Flour tortillas thick as pancakes and dotted with brown blisters are a beloved Southwestern staple. So why haven't they broken out of the region and become available at supermarkets nationwide? 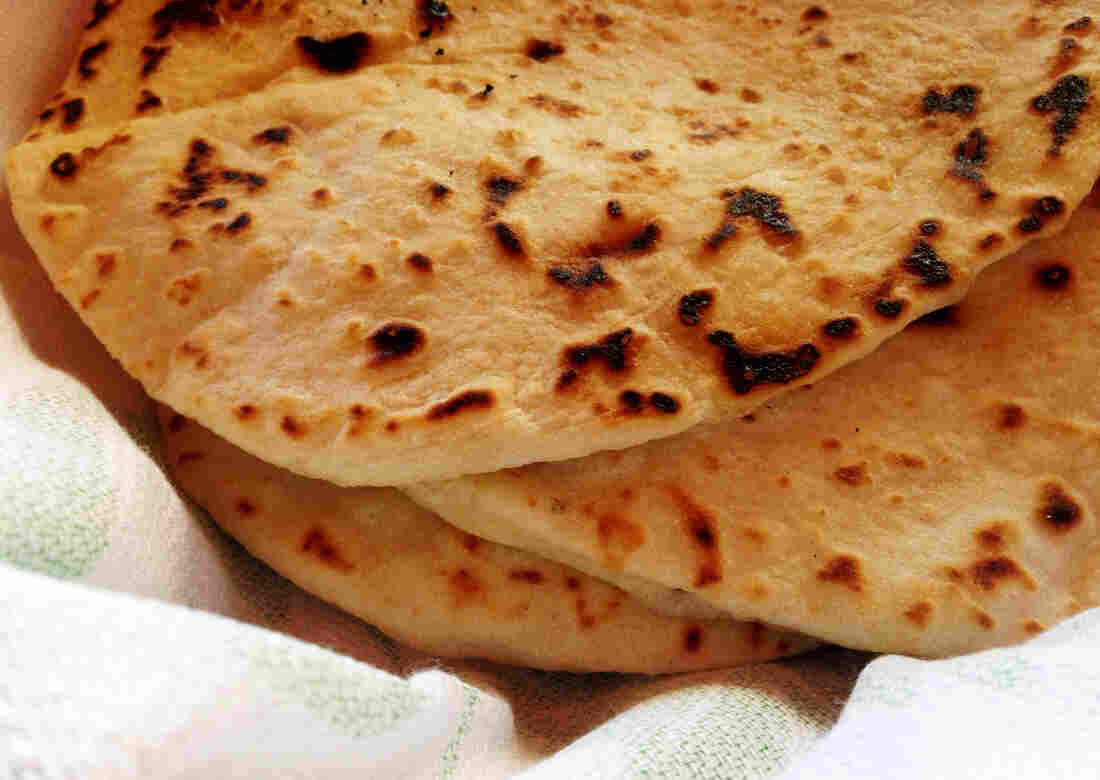 A stack of fresh flour tortillas made by the author in Las Vegas, N.M., with the help of Susan McCreight Lindeborg and Janet Stein Romero. Tracie McMillan for NPR hide caption 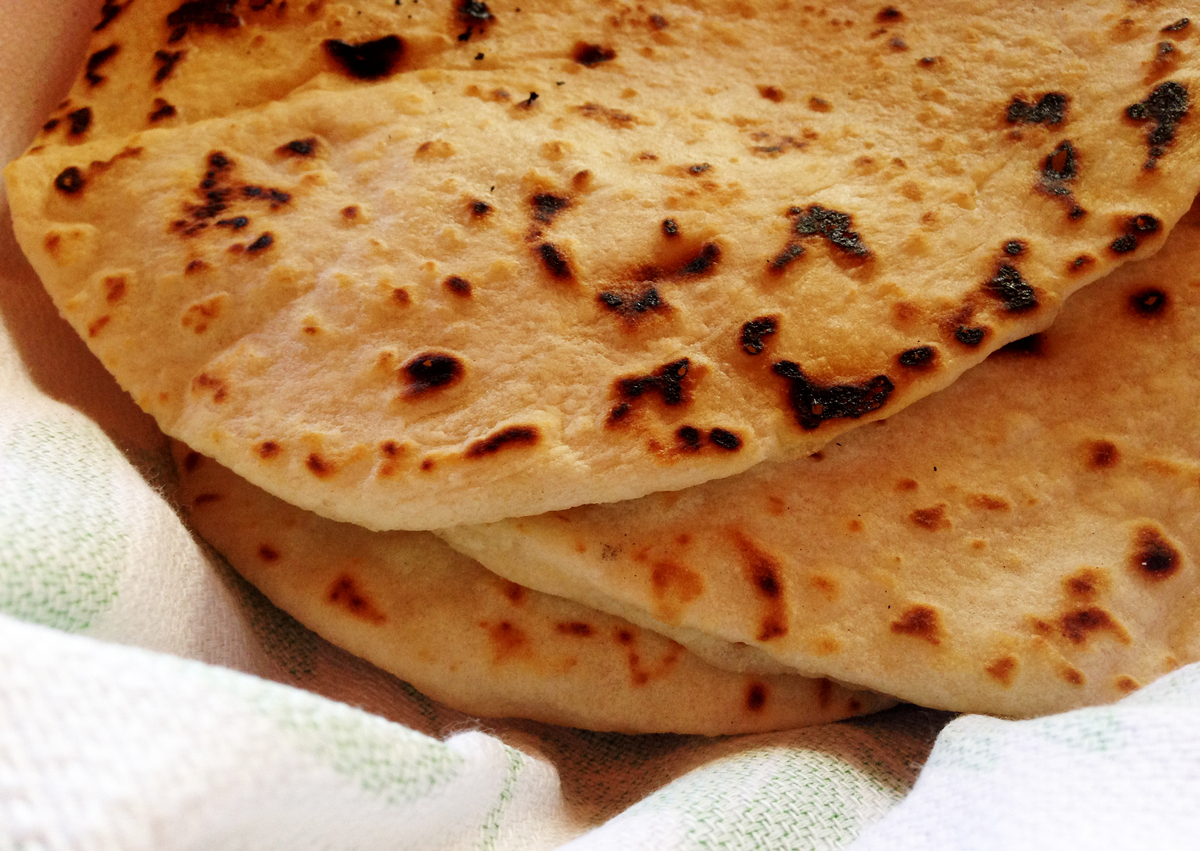 A stack of fresh flour tortillas made by the author in Las Vegas, N.M., with the help of Susan McCreight Lindeborg and Janet Stein Romero.

About 16 years ago, I lost my hungry heart to a flour tortilla. I was in the small town of Las Vegas, N.M., at Charlie's Spic & Span Café, when a server placed a basket on the table. Inside was a stack of thick, charmingly floppy tortillas, dotted with browned bubbles and closer in thickness to pancakes than the wan, flaccid discs I was used to at the supermarket. My Brooklyn-by-way-of-Michigan palate was infatuated: What magic was this? How could I not have known that tortillas like these existed?

Once I headed back East, I faced a vexing problem. I could find thin flour tortillas in every grocery store. But I couldn't find the thick, blistered ones. Even as time passed and the foodie revolution took hold, the problem remained: The flour tortillas I encountered were only thin — often reduced, distressingly, to "wraps."

Part of the problem was that I'd fallen in love with a regional specialty product. Thick flour tortillas are "so specific to the region of New Mexico that [they] didn't popularize," says Maribel Alvarez, public folklorist at the University of Arizona.

For New Mexico's Chiles, The Enemy Isn't Just Drought But Salt, Too

So the question isn't really why thick tortillas never made it big, but why thin tortillas did.

It turns out that flour tortillas of all thicknesses were once niche products themselves. They first appeared in Mexico centuries ago, after the Spaniards arrived and began to plant wheat. The grain flourished in Sonora, one of Mexico's northernmost states, and then in the Southwest U.S.

All flour tortillas hew to the same basic recipe — flour, salt, lard (or vegetable shortening) and enough water to create a soft, loose and sticky dough — but they differ widely by location. In Sonora, tortillas can be so thin they are translucent, like rice paper, and up to 2 feet in diameter, ideal for making wrapped dishes like burritos. New Mexico's version, on the other hand, is often puffed up by baking powder. It's thick and bready, ideal for sopping up the region's stews. 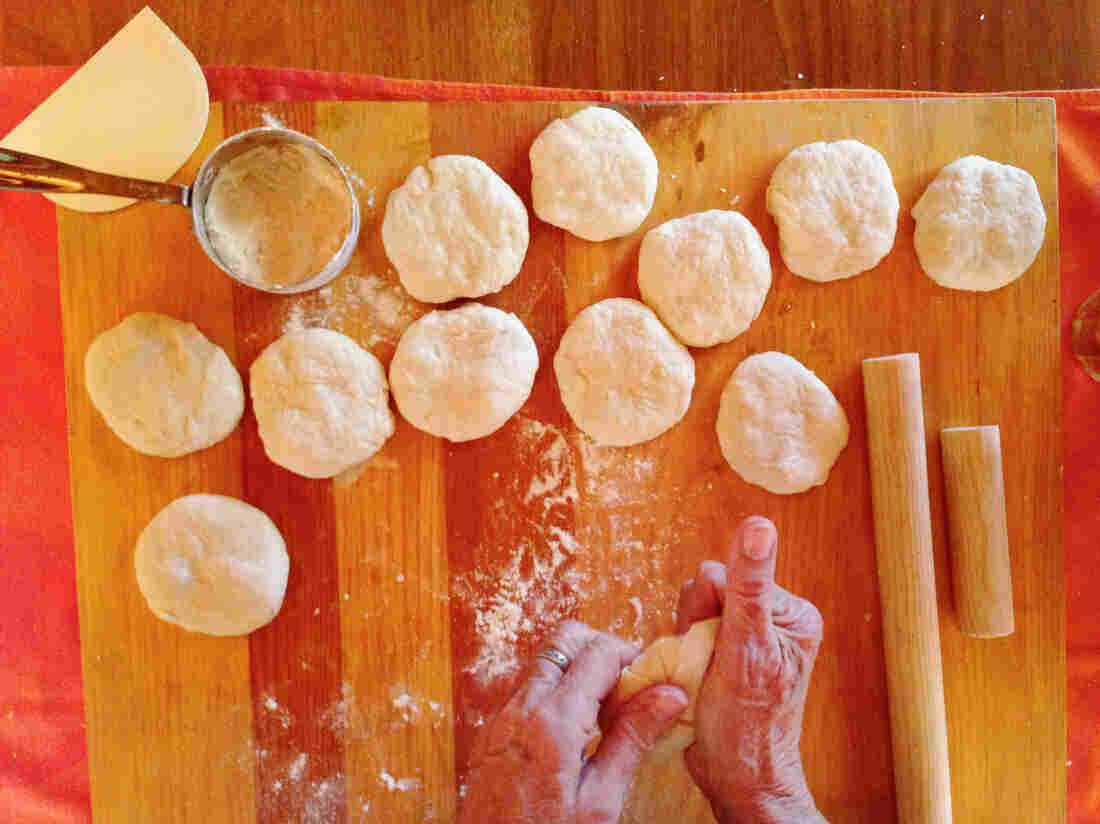 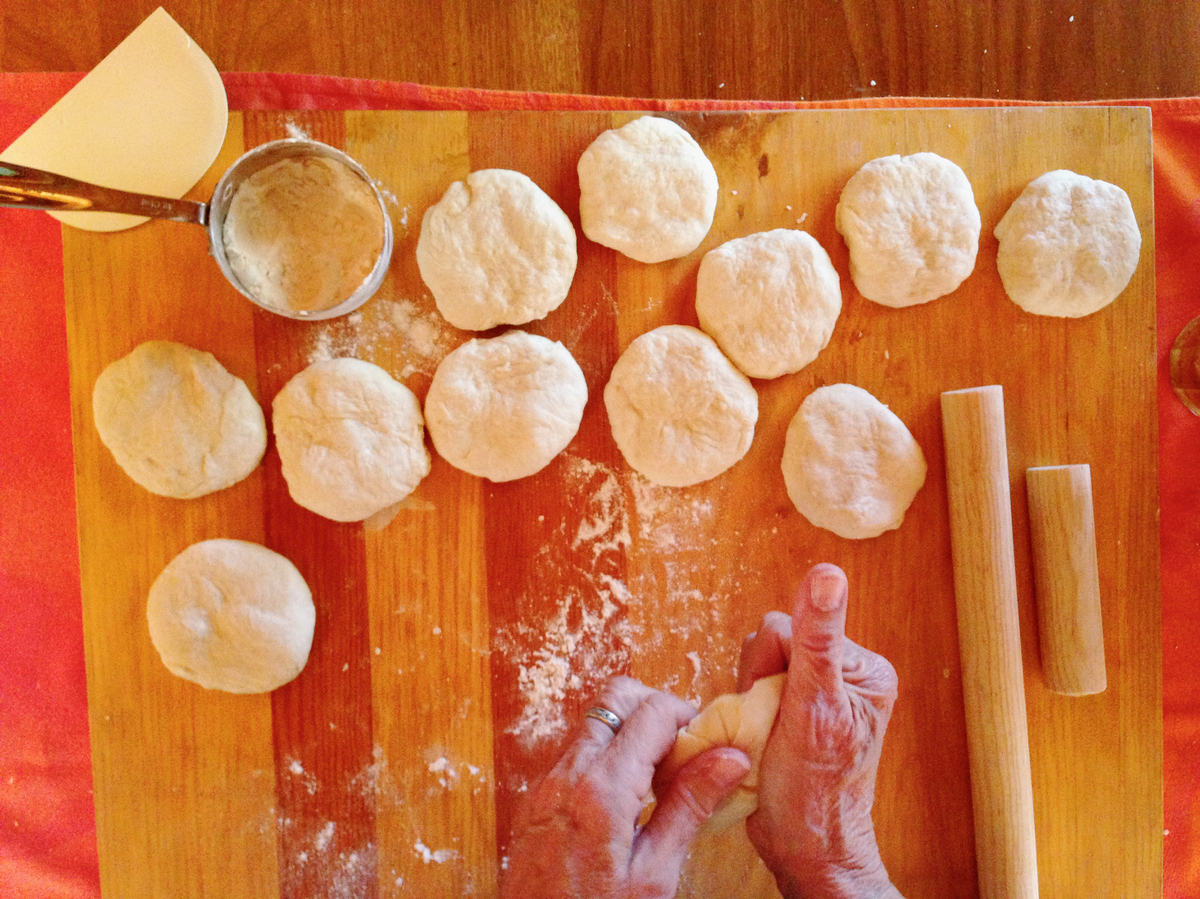 But it was Sonoran tortillas that underpinned the beginnings of commercial flour tortilla production in Los Angeles, says Alvarez. Until the Mexican Revolution (circa 1910-1920), the majority of Mexicans moving to California were from Sonora. They ran restaurants and bakeries, creating — and then serving — a market for burritos and other foods with thin tortillas.

Along the way, thin tortillas "become what the market is now, even though thick versions exist. Partly because it's what customers came to expect, and partly because of packaging, quality control and distribution," says Steve Velasquez, an associate curator the Smithsonian Institution's National Museum of American History.

On the production end of things, thick tortillas pose more problems than do thin ones, says Kantha Shelke of the Institute for Food Technologists, owing to the nature of the dough and the thickness.

Leavening takes time, and to get a thicker tortilla, the dough has to rest before being rolled out, says Shelke.

Next, the sticky dough is difficult to press between rollers, which are extruded into massive sheets. And the looser the dough, the harder it is to make clean cuts as it passes through dies that cut out dozens of tortillas at a time.

The bottom line? Thin tortillas are faster and easier to produce commercially than thick ones.

Once they are baked, thin, flat tortillas have another edge over thicker ones, according to Shelke: Their flat surfaces "nestle" well, meaning they stack so tightly that there's little air between them, making it more difficult for mold or bugs to penetrate the exterior, boosting shelf life.

A stack of thick tortillas, appealingly uneven and blistered, has too much exposed surface area. That's why thin ones can sit on the shelves for a couple weeks, while thicker ones are typically good for seven days or less. And unless there's a huge market demand for thicker tortillas, says Shelke, there's no good reason for a successful tortilla maker to up-end their model and innovate.

"The positive qualities of a good tortilla are really fleeting," says Alex Stupak of New York City's Empellón Taquéria, who developed tortilla recipes for his forthcoming Tacos: Recipes and Provocations. "The moment you make them, they have to be eaten."

To experience that freshness means either heading to a restaurant or making them yourself. "You can find lard and flour," says Stupak, "and it's 30 minutes of your life well spent."

After years of lamenting the lack of proper tortillas in my life, I finally did the latter. On a recent visit to Las Vegas, N.M., I secured a lesson from Susan McCreight Lindeborg, a retired D.C.-area chef living in Las Vegas, and Janet Stein Romero, an artist living in El Ancon, N.M.

Romero, who learned to make flour tortillas from her mother-in-law decades ago, mixed the dough, showing me how she aims for a stickiness that feels "like a Post-it note." The result, after her dividing, shaping, rolling and griddling them? Tortilla heaven. But when I tried my hand at the next batch, I mixed in too much flour, creating a dry dough; we waited an extra half-hour, giving the water more time to soak into the flour, and ended up with tortillas that were passable.

When I checked in with Noe Cano and Allen Smith, chefs at the Santa Fe School of Cooking, they agreed that finding the right ratio of flour and water is key — and tricky, because it changes depending on which flour brand you use, the humidity in the room and even altitude. The best tip: Err on the side of wet dough, which you can gradually dry out by adding more flour. (Incorporating water into dough that's already mixed is nearly impossible.)

I found it worth the effort, and for special occasions, I'll break out the 1 1/2" rolling pin that Lindeborg's husband sawed off of a dowel for me and make a stack. But otherwise, I'll be taking the advice of Gustavo Arellano, author of Taco USA and editor-in-chief at OC Weekly: "The only way to really eat a tortilla is to go to the motherland — the borderlands with Mexico, Arizona, New Mexico and Texas."

Tracie McMillan is the author of The American Way of Eating, a New York Times bestseller, and a senior fellow at the Schuster Institute for Investigative Journalism at Brandeis University. You can follow her on Twitter @tmmcmillan.