Accessibility links
The Bloody Mary Meat Straw: An All-American Story : The Salt Bloody Marys have been around for ages, but an Iowa man has invented a way to take them to a whole new level: a straw made of meat. They've become a hit at bars, ballparks and stadiums. #America 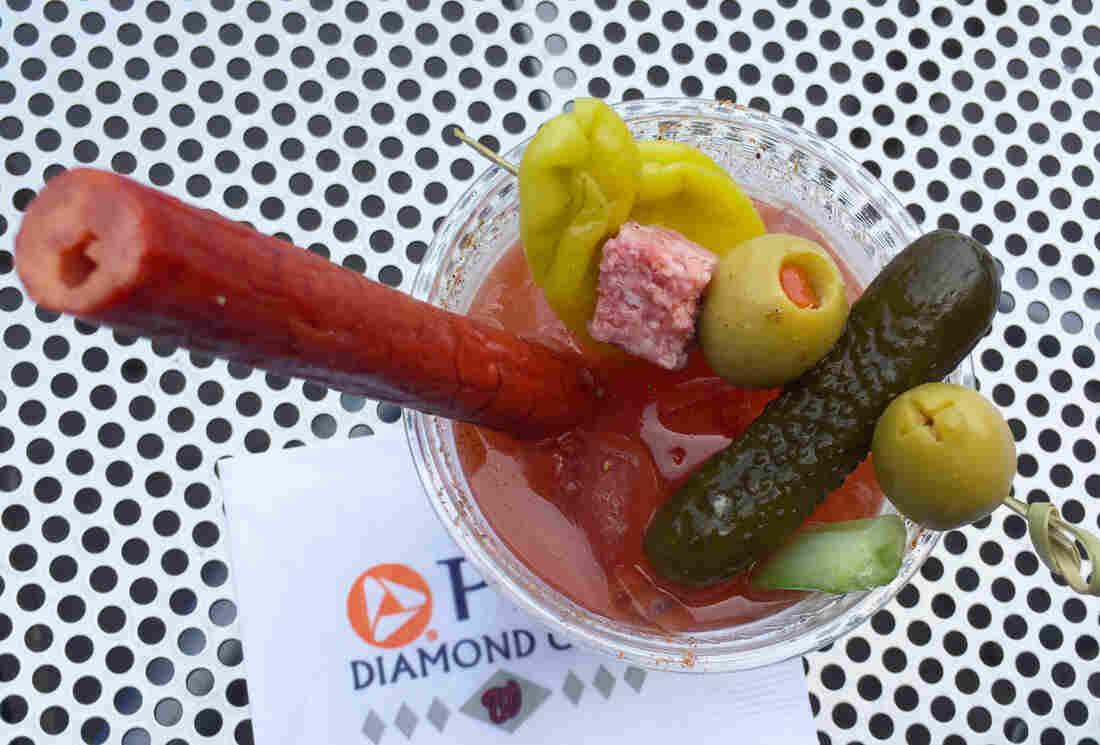 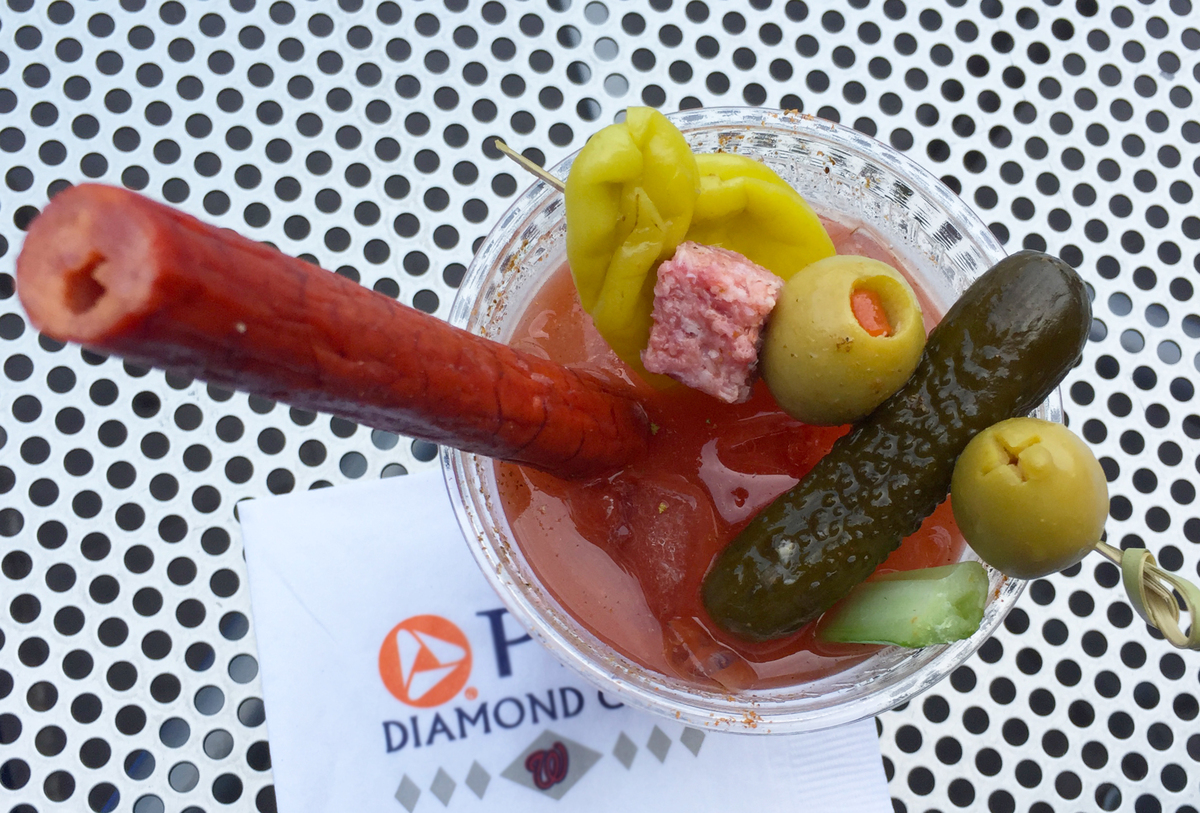 This Bloody Mary served at the Nationals Park in D.C. came with a meat straw, which infuses each sip with an umami flavor. Ben Hirko first came up with the concept while tending bar one snowy night in 2009. The straws have become a hit.

This is a story of American ingenuity and entrepreneurship. It is the story of the meat straw. Yes, you read that right.

"It is a straw made out of pork," explains Ben Hirko of Coralville, Iowa, the man behind Benny's Original Meat Straws.

It's a half-inch in diameter, the same length as a standard plastic straw. And it has a hole running down the middle of it, through which you're meant to slurp up Bloody Marys.

Like many good stories, this one involves a snowstorm — and maybe one beer too many. Back in February 2009, Hirko was tending bar, and there was only one couple there to drink, so as the snow piled up outside, he poured himself a beer. The bar didn't serve food, but the couple brought a bunch of meat sticks to snack on.

"After a few beers, I reached over and grabbed one of the snack sticks," says Hirko. "And I was like, 'You know, this would make an amazing Bloody Mary garnish.' It just had great flavor."

But there was a problem: Only the bottom of the meat stick was soaking up the spicy tomato juice and vodka.

"And so I grabbed a plastic straw out of one of the dispensers, and I grabbed a new stick from them. And I literally started digging a hole in it and eating the meat out of it until I got all the way through," says Hirko, recounting the moment his meat straw concept was born.

And right there, Hirko had created his first prototype.

Now, if you are thinking, "Does America really need meat straws?," you're not alone. Even Hirko's father had doubts. "He didn't really say it, but he looked at me like, 'You know you have a family to support now, don't you?' " Hirko recalls.

But it turns out, Bloody Mary meat straws actually can support a family. For Hirko, the big break came when he got a call from the Detroit Lions football team, which serves a Hail Mary Bloody Mary drink.

"We serve it in a plastic mason jar," says Joe Nader, executive chef for Levy Restaurants at Ford Field, home of the Detroit Lions. He oversees food service at the stadium. "So it's a pretty good-sized portion, and it's got a bunch of other garnish with it. The meat straw is kind of the piece de resistance."

Last year, the Lions sold 30,000 Bloody Marys with meat straw garnishes. The meat straws are also sold in grocery stores and bars, and on the Benny's website.

And the hankering for meat straws has spread. At a recent Washington National's baseball game in D.C., meat straws were prominently displayed at a "make-your-own-Bloody-Mary" bar in one of the luxury lounges.

Jonathan Stahl, executive director of ballpark operations and fan experience for the Nationals, demonstrates a meat straw in action, using it to stir horseradish into the Bloody Mary mix.

"As you can see, it comes straight through the meat straw," says Stahl, taking a gulp to demonstrate. "There you go."

The straw infuses each sip with a hint of meaty, umami flavor. And by the time imbibers have finished guzzling the drink, the meat straw is well-soaked in Bloody Mary and ready for snacking. Stahl says they've been a hit.

Nat's fan Bill Foster sits on a patio overlooking the ballpark, testing out a meat straw Bloody Mary. He isn't convinced this product is really answering a great need.

"Sometimes, as Steve Jobs pointed out, we don't know what we needed until he put it together, so maybe enough people will think we need this," says Foster. "I don't know. I doubt if I'll be in that crew, but maybe others will."

The Steve Jobs of meat straws, Ben Hirko, recently sold his company to a larger firm with better distribution channels, but he stayed on. So now he can spend all his time convincing people that meat straws are the answer to a problem they didn't know they had.