Accessibility links
If Fish Is Brain Food, Can Fish Oil Pills Boost Brains, Too? : The Salt Research suggests eating fish regularly over a lifetime is good for the brain. But when it comes to staving off cognitive decline in seniors, fish oil supplements just don't cut it, a study finds. 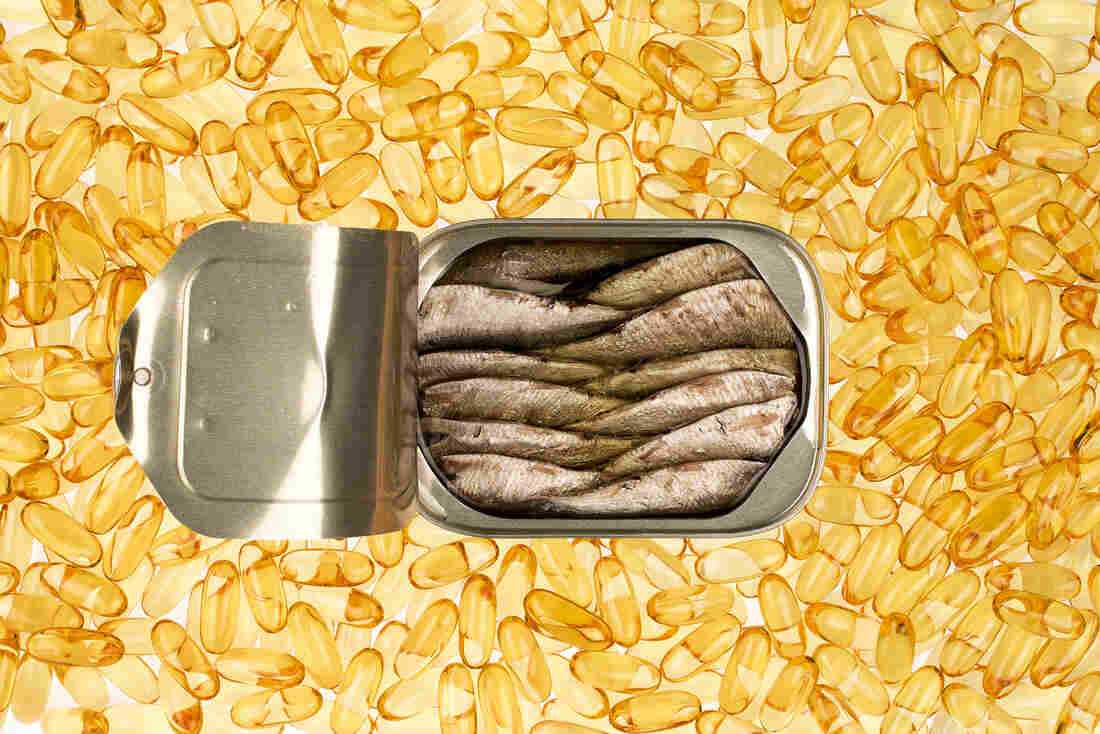 Eat fish or take a fish oil supplement? Research suggests eating fish regularly over a lifetime is good for the brain. But when it comes to staving off cognitive decline in seniors, fish oil supplements just don't cut it, a study finds. iStockphoto hide caption 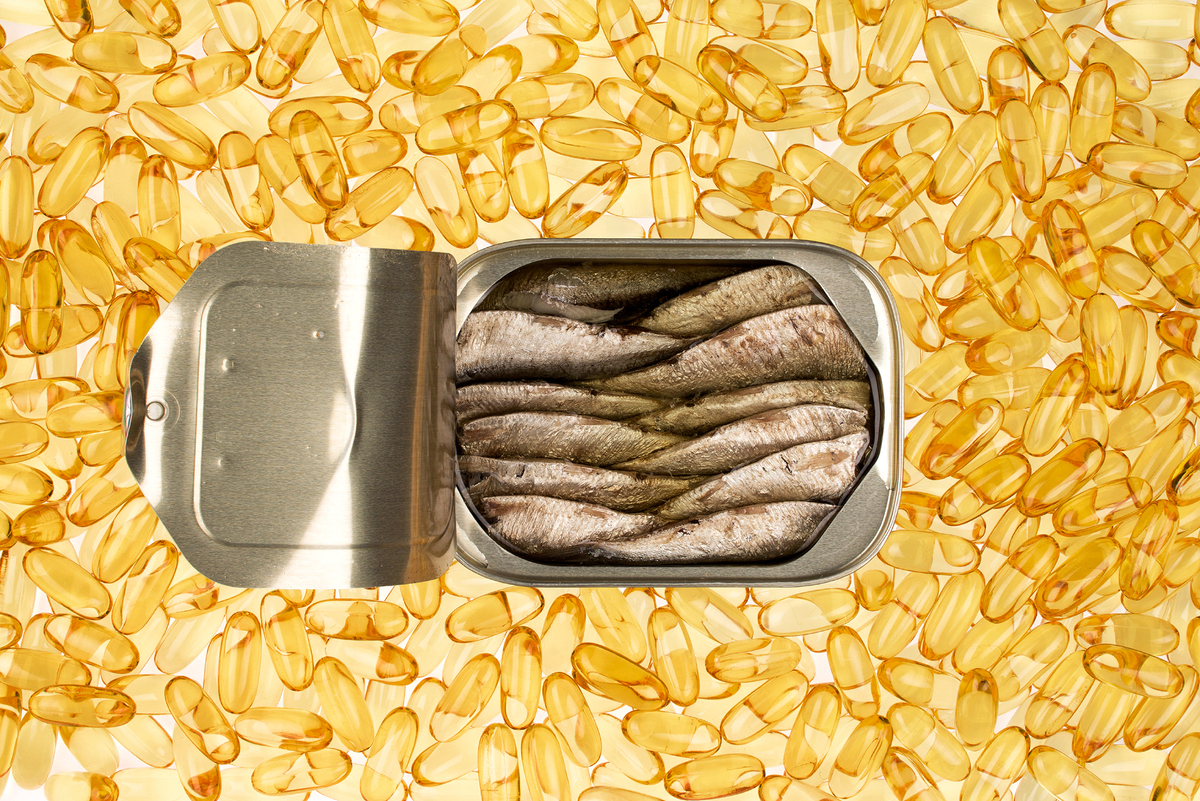 Eat fish or take a fish oil supplement? Research suggests eating fish regularly over a lifetime is good for the brain. But when it comes to staving off cognitive decline in seniors, fish oil supplements just don't cut it, a study finds.

As a culture, we tend to ignore the advice to eat more fish. On average, Americans eat about 3.5 ounces of seafood per week. (Think a can of tuna or sardines.)

But evidence shows that consumption of 8 or more ounces of seafood per week can reduce the risk of death from cardiovascular disease, and some studies have linked a regular fish habit over a lifetime to a lower risk of cognitive decline as well.

What's more, some research suggests that regular fish consumption among mothers can boost cognitive development in their children.

"Omega-3s [found in fish] are important, we think, because they reduce inflammation and help neurons function well," says researcher Joseph Hibbeln of the National Institutes of Health.

This is why pregnant women and women of childbearing age — who were once told to limit fish intake due to concerns about mercury contamination — are being advised by the Food and Drug Administration to eat more low-mercury seafood. (The Monterey Bay Aquarium has recommendations for ocean-friendly seafood choices.)

In lieu of eating fish, many adults take fish oil, or omega-3 supplements. But a new study published in the Journal of the American Medical Association shows that these supplements are no magic elixir when it comes to staving off cognitive decline in older adults. 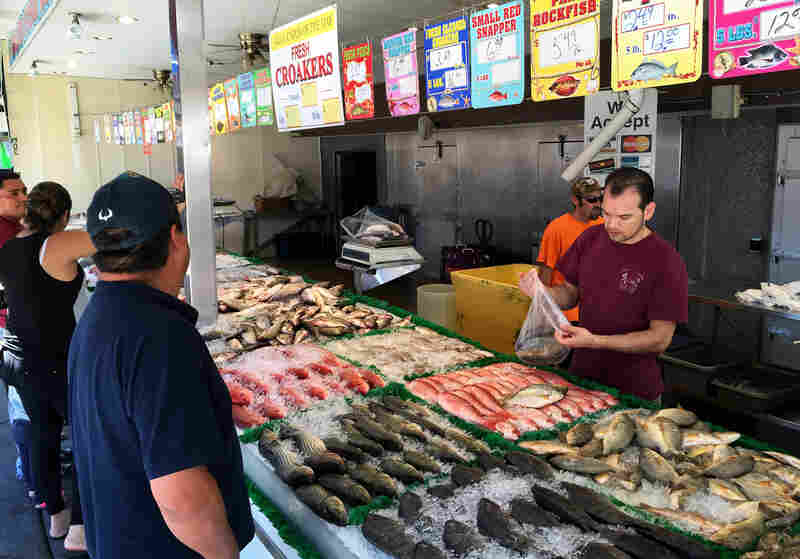 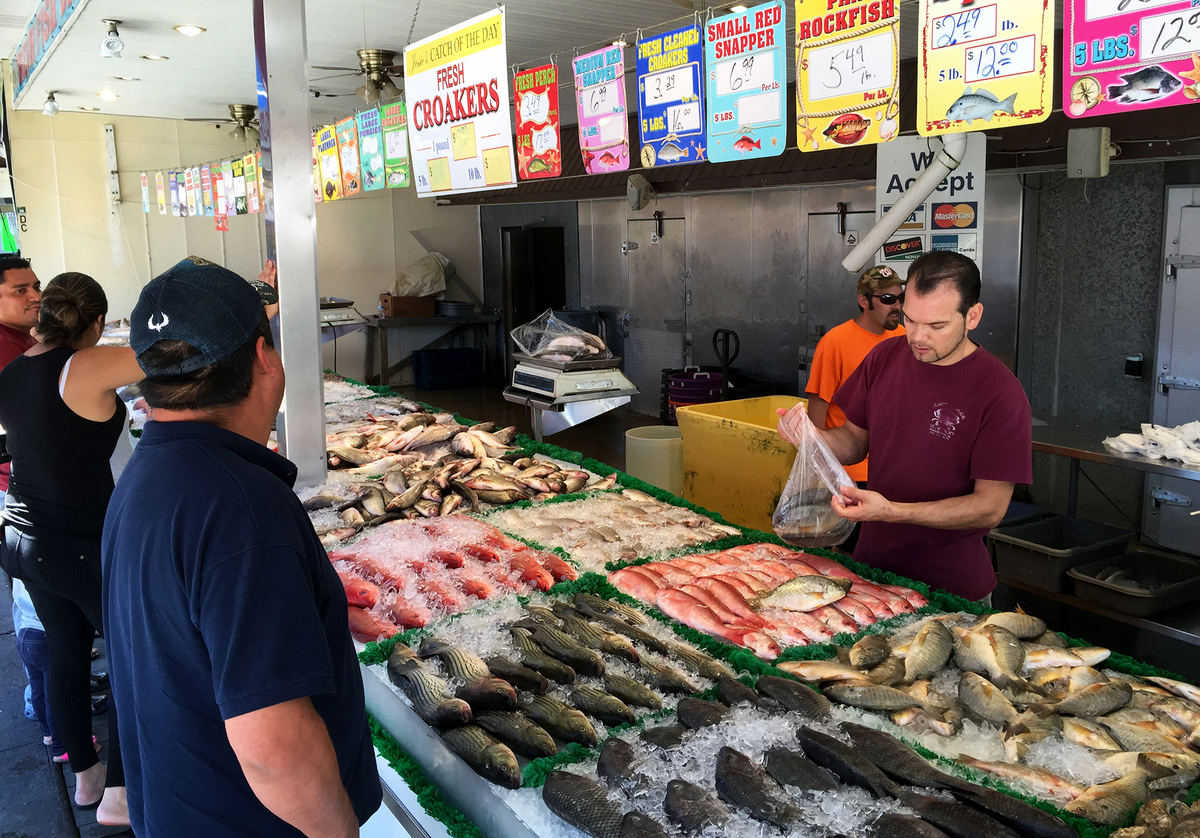 Customers shop for salmon at a fish market in southwest Washington, D.C. Most Americans don't eat the recommended amount of fish each week.

As part of the five-year study, about 3,500 older men and women (the average age was 73) agreed to take either a daily supplement that included two omega-3 fatty acids (650 mg of EPA and 350mg of DHA) or a placebo pill. None of the participants knew which pill they were taking. They also agreed to undergo cognitive function testing throughout the study.

"The hypothesis was that [the supplements] would have an effect," study author Emily Chew tells The Salt. But "we found there was absolutely no effect on the cognitive decline in this group over time," says Chew, who is the deputy clinical director at the National Eye Institute, part of the National Institutes of Health.

All of the participants in the study had the beginnings of AMD (age-related macular degeneration), which is a leading cause of vision loss among older adults. This condition can increase the risk of cognitive decline.

So, it's possible that once retinal disease sets it, it's too late to try to stave off decline with nutritional supplements.

"It may be that at age 73, it's already too late to change your diet and change the course of your risk of cognitive decline," says Hibbeln.

It also may be the case that taking a supplement is not the best way to get your omega-3s.

"If you want to get more omega-3 fatty acids in your diet, the best way is to get it through food," says Elizabeth Johnson, who studies the role of antioxidants in eye and brain health at Tufts University.

Johnson says there's no one magic bullet for protecting brain or heart health. "These nutrients don't work in isolation — they work together," she explains.

And her research has shown that combinations of nutrients — such as omega-3s (DHA) and lutein (found in green vegetables) — may have cognitive benefits for older adults.

So, if you want to translate this finding into a meal, try a plate filled with salmon (for the omega-3s) and leafy greens (for the lutein). You could add in some whole grains, too (for B vitamins and minerals such as magnesium).

This way, "you'll be getting not only omega-3s but other nutrients that may be important, too," Johnson says.

And all of these nutrients, consumed together, may have a synergistic effect that could help promote good health.