Accessibility links
For Centuries, People Have Searched For Answers In The Bottom Of A Tea Cup : The Salt The practice of reading tea leaves had its heyday during Victorian times, when fascination with the occult and self-analysis thrived. It was safer than other forms of divination and persists today.

For Centuries, People Have Searched For Answers In The Bottom Of A Tea Cup

For Centuries, People Have Searched For Answers In The Bottom Of A Tea Cup 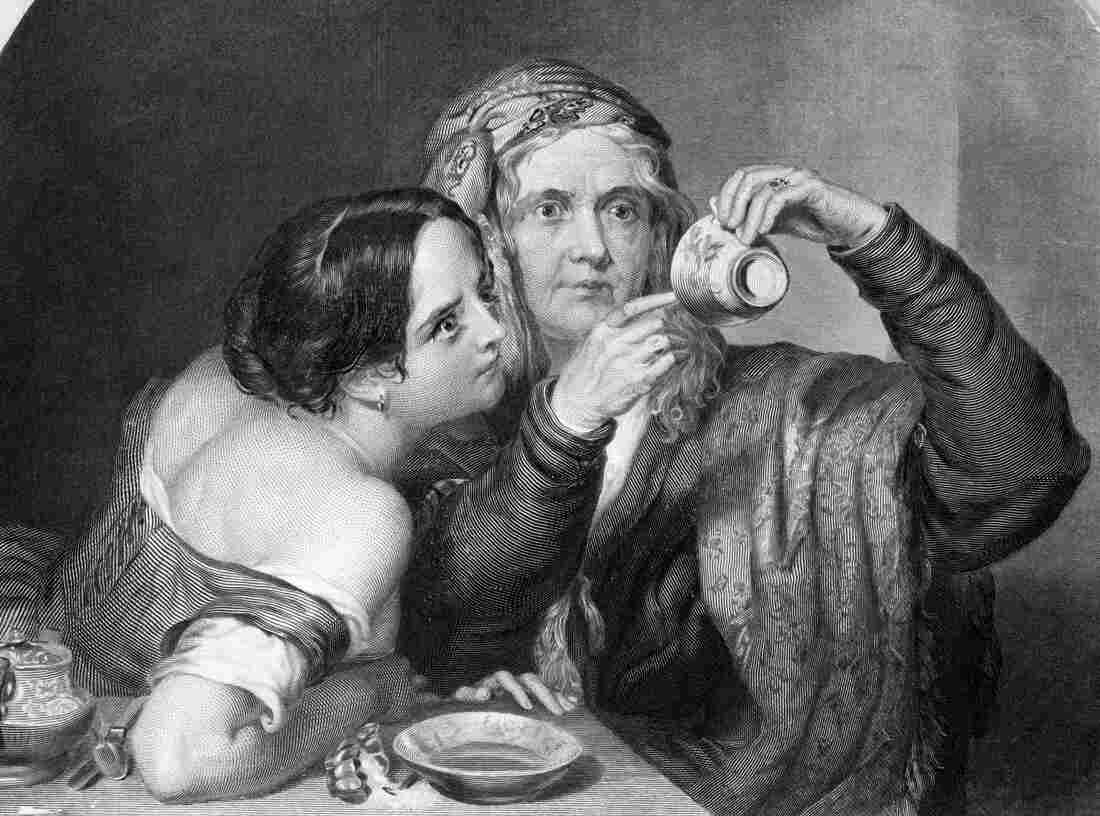 The practice of reading tea leaves for insights had its heyday during the Victorian era, when fascination with the occult and self-analysis thrived. Corbis hide caption 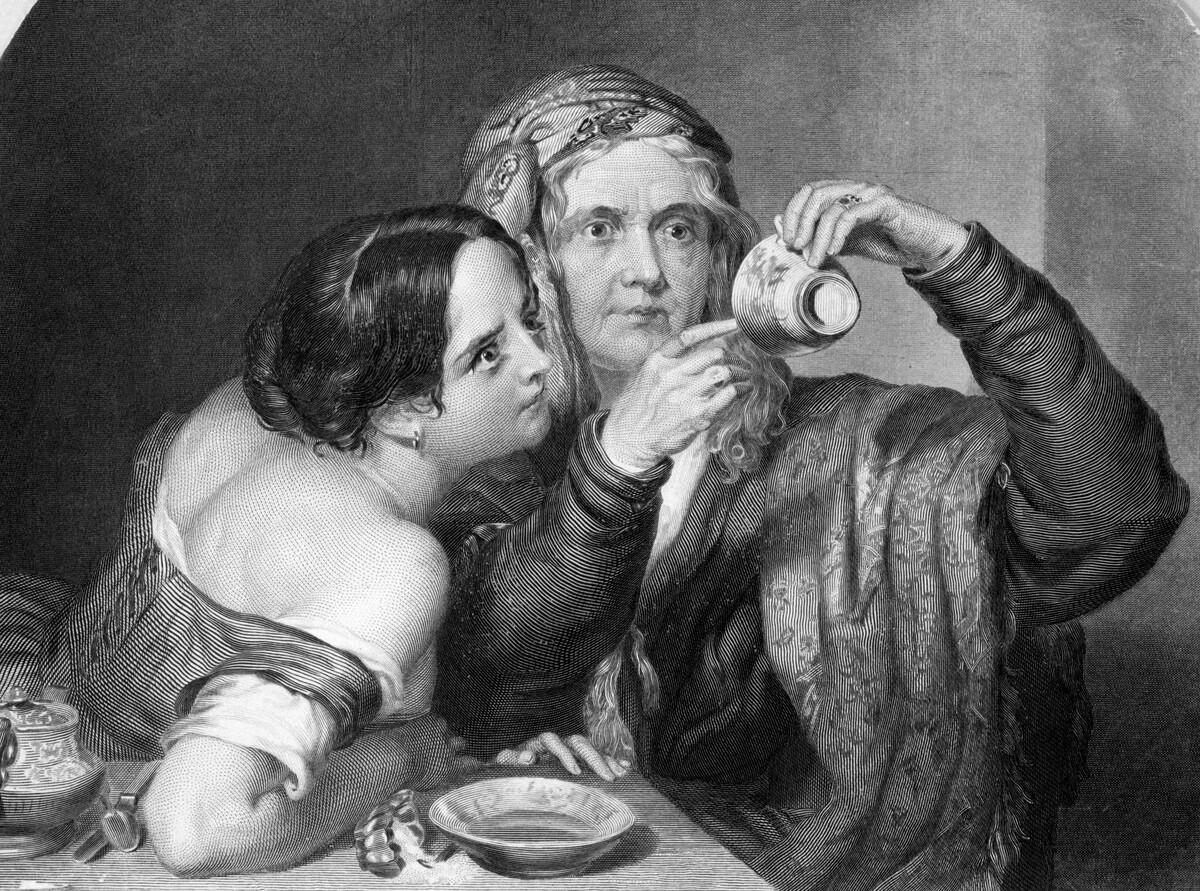 The practice of reading tea leaves for insights had its heyday during the Victorian era, when fascination with the occult and self-analysis thrived.

Trying to divine what the future holds is an ancient human preoccupation. And for centuries, soothsayers have sought answers in the bottom of a teacup.

Amy Taylor was 18 when she stumbled into the practice of reading tea leaves. Now 46 and a professional tea-leaf reader, she remembers looking into her stepsister's teacup at a Toronto restaurant, and saying, "Oh, that's funny, that looks like a tree." She says she looked at all of her family's cups that night, and saw things in all of them. "I just thought that was really odd," she says.

Intrigued, Taylor traveled, researched and studied with other tasseomancers in order to hone her skills, before moving back to Canada. She now owns "The Art of Tea and Tasseomancy," her little "traveling tea room" in Hamilton, Ontario, from which she hosts readings at festivals, parties and other events.

"I tried all other forms of divination, but the only thing that resonated with me is the tea-leaf reading," Taylor says.

Taylor's profession is formally known as tasseography or tasseomancy — terms derived from the French tasse, for cup, and the Greek suffix graph, for writing, or mancy, for divination. Practitioners look for insights by examining the patterns created by loose tea leaves left over after a cup has been drained. (Some tasseomancers also use coffee or wine sediments .) 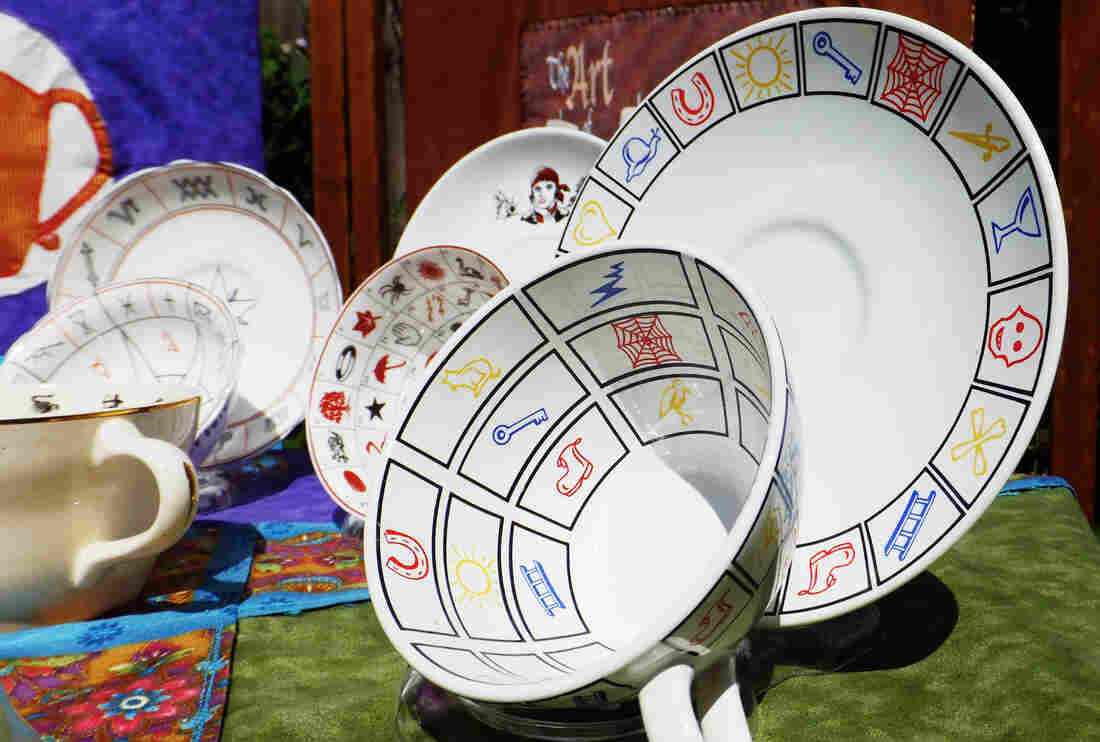 On Canadian tasseomancer Amy Taylor's vintage tea-leaf reading cups, your reading is determined by where your leaves fall on the preprinted symbols on the cups. Mike Taylor for NPR hide caption 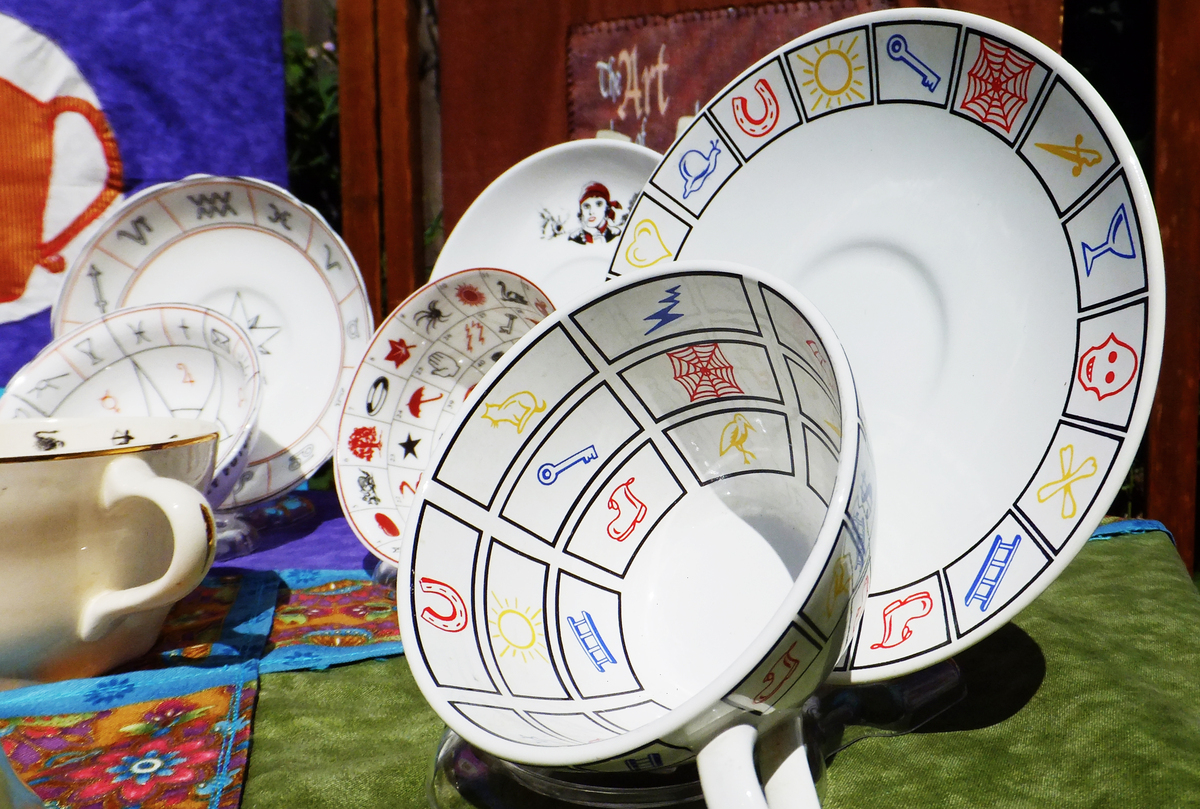 On Canadian tasseomancer Amy Taylor's vintage tea-leaf reading cups, your reading is determined by where your leaves fall on the preprinted symbols on the cups.

When tea first made its way into Britain from China in the mid-17th century, it was an aristocratic beverage, but as trade fueled falling prices, the general population began drinking it. Already culturally superstitious, lower classes were quick to use tea leaves instead of some of their cumbersome and often dangerous methods of divination, such as the use of molten metal (molybdomancy), hot wax (carromancy) or the entrails of animals (haruspicy).

Reading Tea Leaves, by a "Highland Seer," is the oldest book on the subject in English. Written in the 18th century, it offered sets of symbols to interpret tea-leaf patterns. The book talks about generations of Scottish "spae wives" (from the Norse spa, meaning "prophecy") peering into their tea cups to tell of things to come.

British historian Alec Gill, who has documented superstitions in Hull, in the northeast of England, writes that, "in the early 1800s, a lady of the manor tossed the cups after breakfast and read fortunes for her servants."

Gill also remembers his own experience: "Tossing the cup involved spinning it anti-clockwise in the left hand three times. With the dregs swirling around, the dregs were flicked upside-down into a saucer, thus getting rid of the remaining liquid. The fortuneteller — usually a local wise woman in the village or terrace — then set about divining what the talking tea leaves had to say. As a young boy in the 1950s, I remember my mother having done this by our regular dressmaker when we called to collect some items."

But the Victorian era is when tea-leaf reading really had its heyday. Victorians were fascinated not only by the occult, but by the idea of self-analysis, brought on by the work of Sigmund Freud and Josef Breuer during this time. 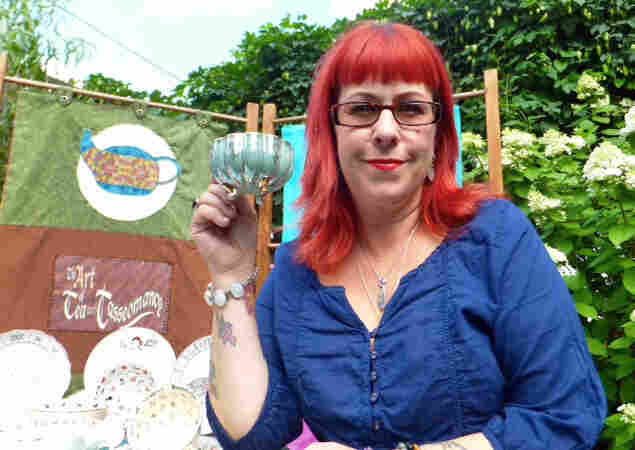 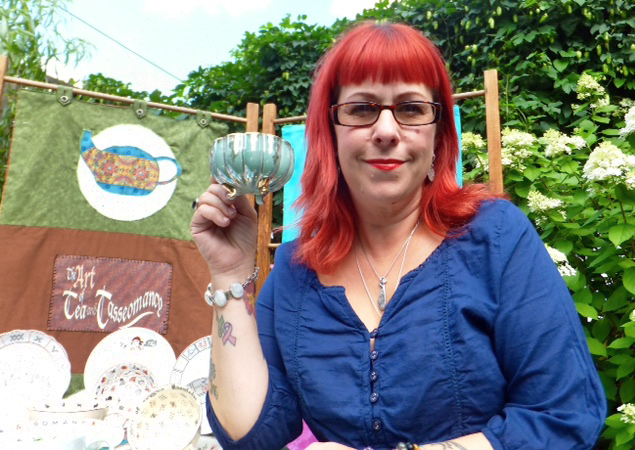 Tasseomancer Amy Taylor hosts readings at festivals, parties and other events out of her little "traveling tea room" in Hamilton, Ontario.

Traveling gypsies, as the Roma people were then known, had long taken up the practice of tea-leaf readings, often calling door-to-door to offer their services. By the mid-1800s, the Roma had become part of the social scene, welcomed into both parlors and tea rooms to give readings for a fee.

Potteries began making fortunetelling cups to keep up with demand: They came with an instruction booklet and were preprinted with images from the zodiac, playing cards or common symbols in tea-leaf reading. Victorian ladies, who ran the household, began to host social gatherings that often centered around tea — whether drinking it, painting tea cups or divining with it.

This is why certain methods, traditions and symbols of tea-leaf reading were often passed down by the female side of a family through the generations, even in the present day.

Amy Taylor was adopted. When she was in her 30s, however, she was reunited with her biological mother. Through that connection she discovered that her great-grandmother had been a tea-leaf reader in England.

"When I heard that, I got goose bumps, and there was this charge of electricity," she says. "It just made a connection, like a piece of my personal puzzle being put into place." She says knowing that tasseomancy was in her lineage made her comfortable enough to make tea leaf reading and teaching about tea her full-time job.

Taylor prefers to rely on her own instincts and intuition to spot symbols in the tea leaves. Commonly spotted patterns include anchors, circles, dogs and butterflies. Taylor says they can have different interpretations depending on the surrounding shapes and white space.

Taylor, like most tea-leaf readers, uses loose tea for a reading. When the teabag was invented around 1908, the popularity of tasseomancy began to dwindle (tea bag leaves "get sludgy," Taylor says.) But loose tea is making a comeback, not only for drinking, but in tea-leaf reading, too. Taylor says her services are still very much in demand.

"People often need someone to give them some direction, and that's where a good reader can come in," she says. "My job is to help people get through what they're going through."

And while we might think of our era as far more skeptical than the superstitious Victorian times, Taylor's schedule is already filling up well into next year.

So why do people still engage in the ancient practices of divination? Danny Jorgensen, professor of religious studies at the University of South Florida, says, "It works for them. Not in any sense verifiable by standard scientific methods, but in the sense that divinatory practices are intended to yield results that people find meaningful and apply to their existence."

Laurel Dalrymple is a writer based in Northern Virginia.