Accessibility links
Class-Action Suit Alleges Chipotle's GMO-Free Campaign Is Deceptive : The Salt The campaign claims the chain has removed all ingredients made with genetically modified organisms from its menu, with few notable exceptions. A lawsuit says the campaign amounts to false advertising. 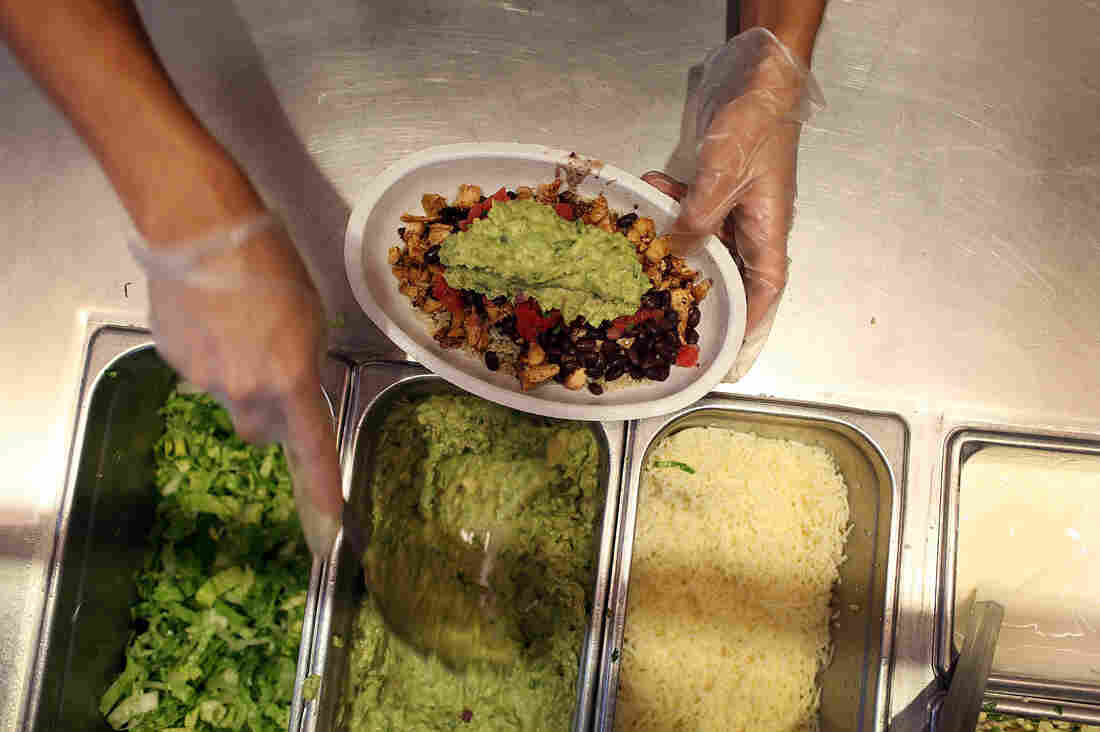 Chipotle restaurant workers fill orders for customers in Miami, Fla., on April 27, 2015, the day that the company announced it will only use non-GMO ingredients in its food. Joe Raedle/Getty Images hide caption 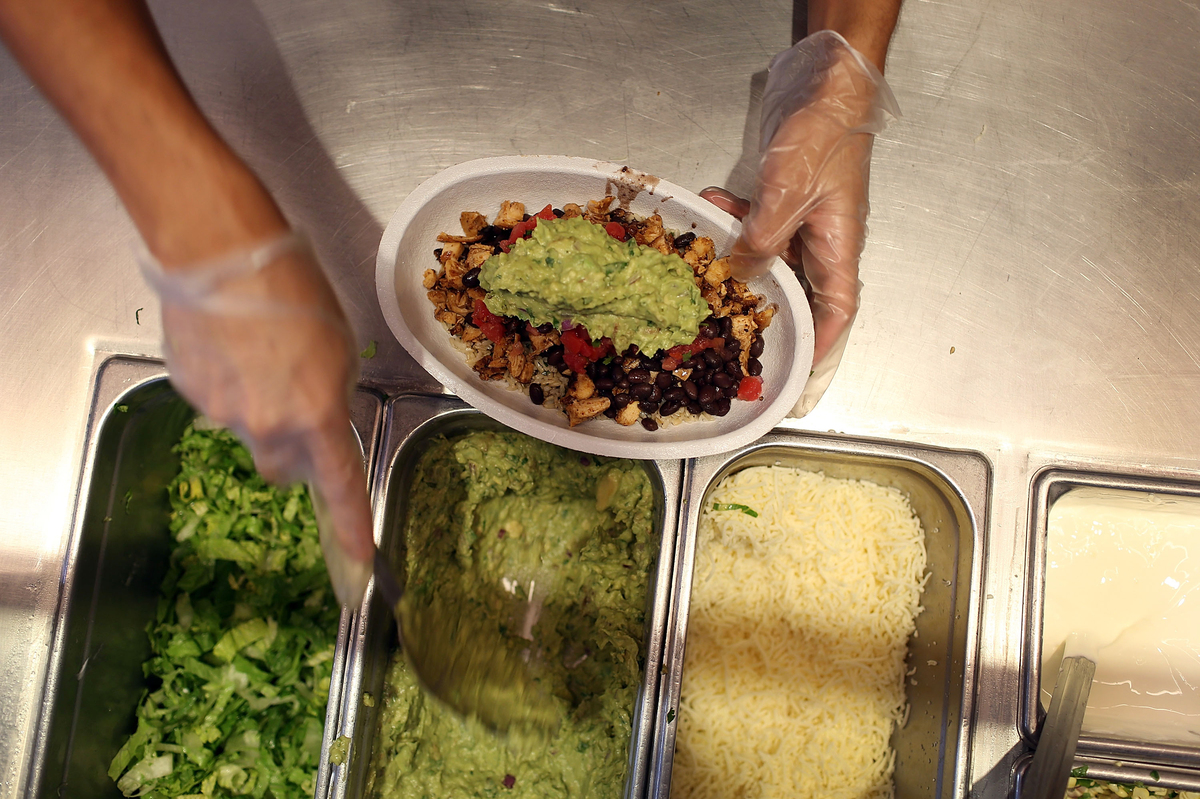 Chipotle restaurant workers fill orders for customers in Miami, Fla., on April 27, 2015, the day that the company announced it will only use non-GMO ingredients in its food.

In April, Chipotle Mexican Grill made a big splash when it launched a campaign called G-M-Over It.

"When it comes to our food, genetically modified ingredients don't make the cut," the chain said.

And customers seemed to eat up the message.

But a new class-action lawsuit against the Mexican chain alleges that the campaign's marketing claims don't hold up.

"Chipotle told consumers it was G-M-Over it," the legal complaint, filed in California, reads. But, "the opposite was true."

Why We Can't Take Chipotle's GMO Announcement All That Seriously

The problem, according to the plaintiff? "Chipotle serves meat products that come from animals which feed on GMOs, including corn and soy," the suit says. In addition, the complaint laments the fast-casual chain's sour cream and cheese — from dairy farms that feed animals GMO feed — and its soft drinks, made with GMO sweetener.

So, does this lawsuit represent a gotcha? Are customers being fooled?

As we've reported, at the time the campaign began, Chipotle disclosed at the bottom of this page on its website that "many of the beverages sold in our restaurants contain genetically modified ingredients, including those containing corn syrup, which is almost always made from GMO corn." The chain also acknowledged the "challenge" of the GMO feed used by its meat suppliers.

However, the lawsuit claims that Chipotle customers have been deceived, noting that it hasn't taken any "meaningful steps to clarify consumer misconceptions" in any of its marketing, which the attorneys for the plaintiff say constitutes violation of the California False Advertising Law.

As a result, Chipotle customers "have been ... paying more for Chipotle products than they would have otherwise paid." And the complaint notes that Chipotle has seen a "100+ point jump in its stock price on the New York Stock Exchange in the four months since its public announcement."

Chipotle is refuting all of the allegations. In an email, Chipotle spokesman Chris Arnold tells The Salt that the chain will "vigorously contest this meritless and unfair claim." Arnold says Chipotle has always been "honest and transparent with its customers" and "didn't raise prices because of our move to non-GMO ingredients."

We asked lawyer Ivan Wasserman, a partner at Manatt, Phelps & Phillips, a firm that is not involved in any way in the case, whether the lawsuit seemed to have legs.

"Lawsuits like this ... based on allegedly deceptive claims for food products have become very common in California, including many based on claims that foods are 'natural' and 'GMO free,' " says Wasserman.

As for this particular one, Wasserman says he hasn't yet analyzed the exact claims, but "at first blush it seems this one may have some legs."