Accessibility links
I Scream, You Scream For Slow-Melting Ice Cream : The Salt It's not every day that basic research into bacteria leads to an application as useful as keeping ice cream frozen longer while holding ice crystals at bay. 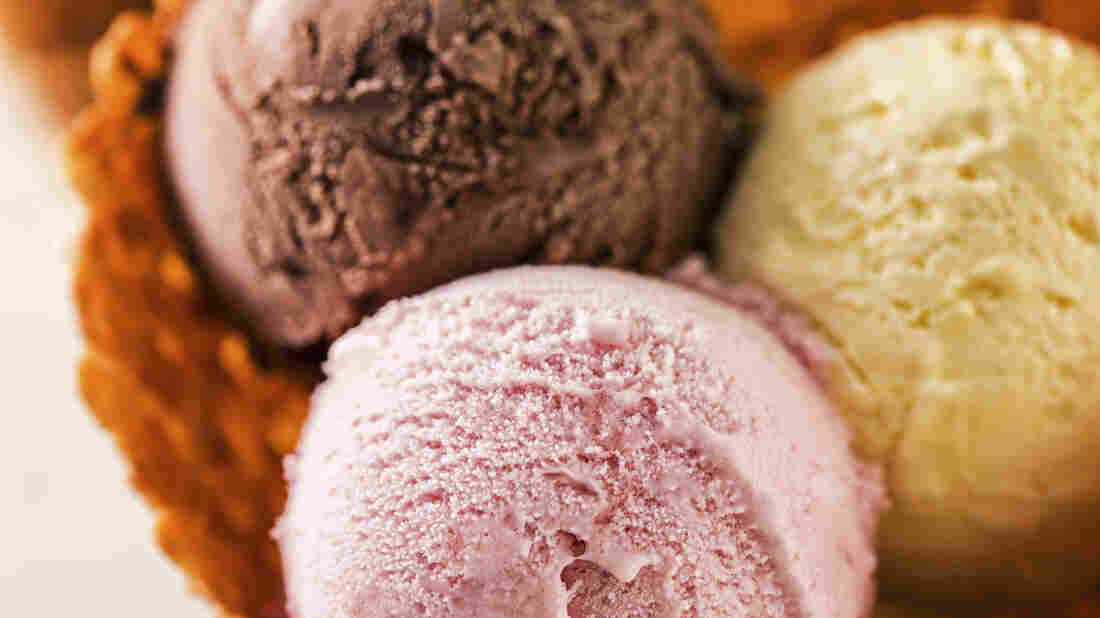 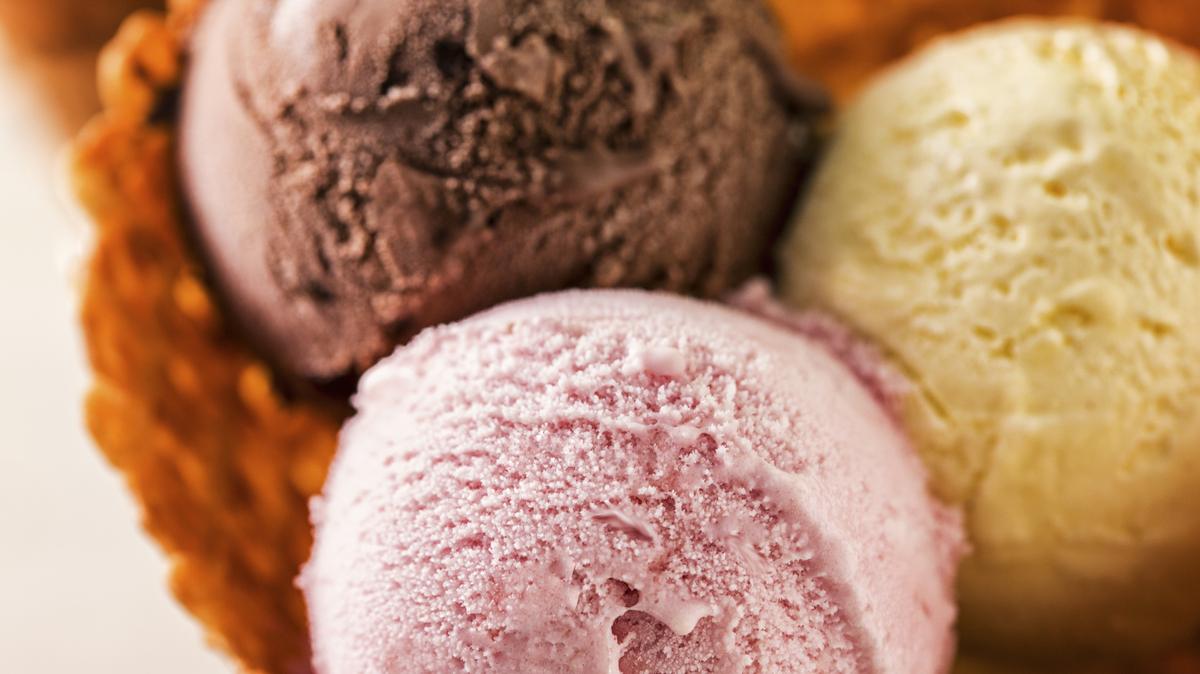 Ice cream that melts more slowly, with fewer ice crystals? Scientists are on the case.

Labor Day may have marked the unofficial end of summer, but the craving for ice cream knows no end.

Of course, if you're not quick enough, melting ice cream creates a mess. But now, European scientists say they may have stumbled upon a solution to the sticky situation: an ingredient that makes the treat melt significantly more slowly.

What's the secret ingredient? The protein BslA, says Cait MacPhee, a physicist at the University of Edinburgh, who has been experimenting with the protein to make ice cream in her lab.

BslA is produced by a bacterium named Bacillus subtilis, which is naturally present in foods like natto, a Japanese dish made of fermented soybeans, and the Korean condiment cheonggukjang. The bacteria can also be found attached to the roots of different plants.

MacPhee started working with B. subtilis long before she made ice cream. The bacteria had a special water-repellent quality — a sort of raincoat — that she was curious about.

"It was extremely cool," MacPhee says. "Anything trying to attack the bacteria couldn't get through because it's protected by this surface, water-repellent mechanism. And we wanted to learn how it was doing it."

She and a team of researchers at the University of Dundee in Scotland soon learned that it's all thanks to BslA. The protein is excreted by the bacteria, floats to the surface and packs tightly together to form a water-repellent layer that holds everything together.

"It's a valuable property to exploit," MacPhee says. "So we thought, 'Why not test it out in ice cream?' "

Ice cream is a mixture of oils, fats, sugar, water and air. These ingredients normally don't want to mix, says American University chemist Matt Hartings, and an emulsifier needs to be added to prevent everything from separating.

"One way to do it is to use egg yolks when you're making ice cream at home," Hartings explains. "Most ice creams bought in grocery stores use food chemicals or condensed milk to stabilize and keep everything together."

In her lab, MacPhee has been using BslA instead of these common ice cream emulsifiers. And it's worked out well, she says. Because of the protein's ability to bind ingredients tightly together, the ice cream melts much more slowly. And ice crystals, which form when water starts separating out of the ice cream, take longer to appear, too.

Ice cream emulsifiers are typically fatty elements, MacPhee explains, but since they're being replaced with a protein, that means less fat and fewer calories for ice cream lovers.

At least, that's the theory. For now, no one has actually tasted this lower-calorie, slower-melting version of the frozen favorite.

"It makes the lab smell good, but I haven't eaten it — mainly because they won't let me," MacPhee says, laughing. She says because her lab is used to study lots of things, not just food, she's not allowed to eat the products of her research. "But I'd be perfectly happy to eat it."

And theoretically, she says, the protein shouldn't affect flavor — there should still be plenty of fat present to make it taste as rich and creamy as normal ice cream. Since the protein is naturally present in other foods, MacPhee is also pretty certain it's safe to eat.

Hartings, a self-made food chemist, is not so certain.

"A lot of food allergies are brought up by proteins that your body can't digest. For instance, people allergic to peanuts can't digest a certain protein in peanuts," Hartings says. "You can't just take a protein and expect everything to be OK, but it does help their cause that this protein is already found in other foods."

He also wonders what the cost of producing the protein on a large scale is. Still, he says, if it makes ice cream taste good and leads to cheaper and easier production, it definitely has potential.

"It's also a fun story," Hartings adds. "They weren't doing ice cream research to begin with, but they ended up finding an application that works."

MacPhee says she and her colleagues are hoping to partner with an ice cream maker to put the fruits of their research into our cones. But that would still be at least three to five years away.