Accessibility links
The Jewish Fruitcake: Honey Cake Is A Sweet And Stodgy Tradition : The Salt In symbolic hope for a sweet new year, many Jews will mark the start of Rosh Hashanah with honey cake. The cake is sentimental, but not always beloved. Here, a delectable update to the ancient recipe. 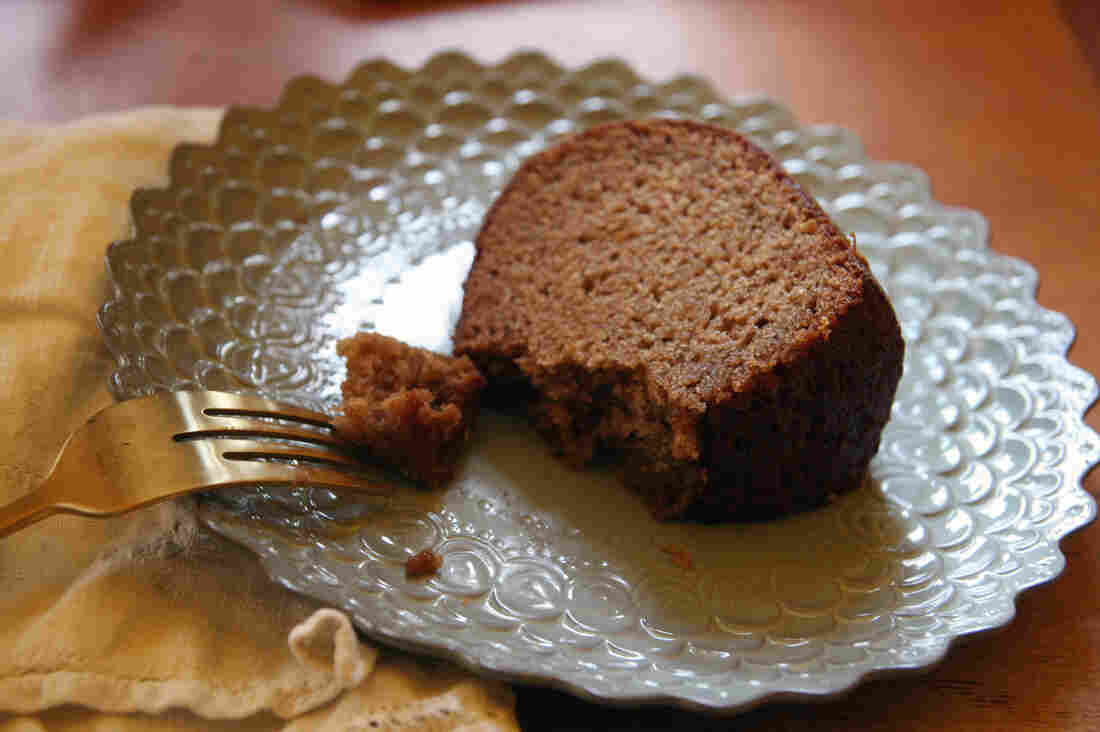 "Honey cake is considered the fruitcake of the kosher kitchen," jokes cookbook author Marcy Goldman. "The same resistance people may have to fruitcake, a lot of people have about honey cake." With her recipe — now the go-to recipe for thousands of families — Goldman modernizes this sweet taste of the past. Deena Prichep for NPR hide caption 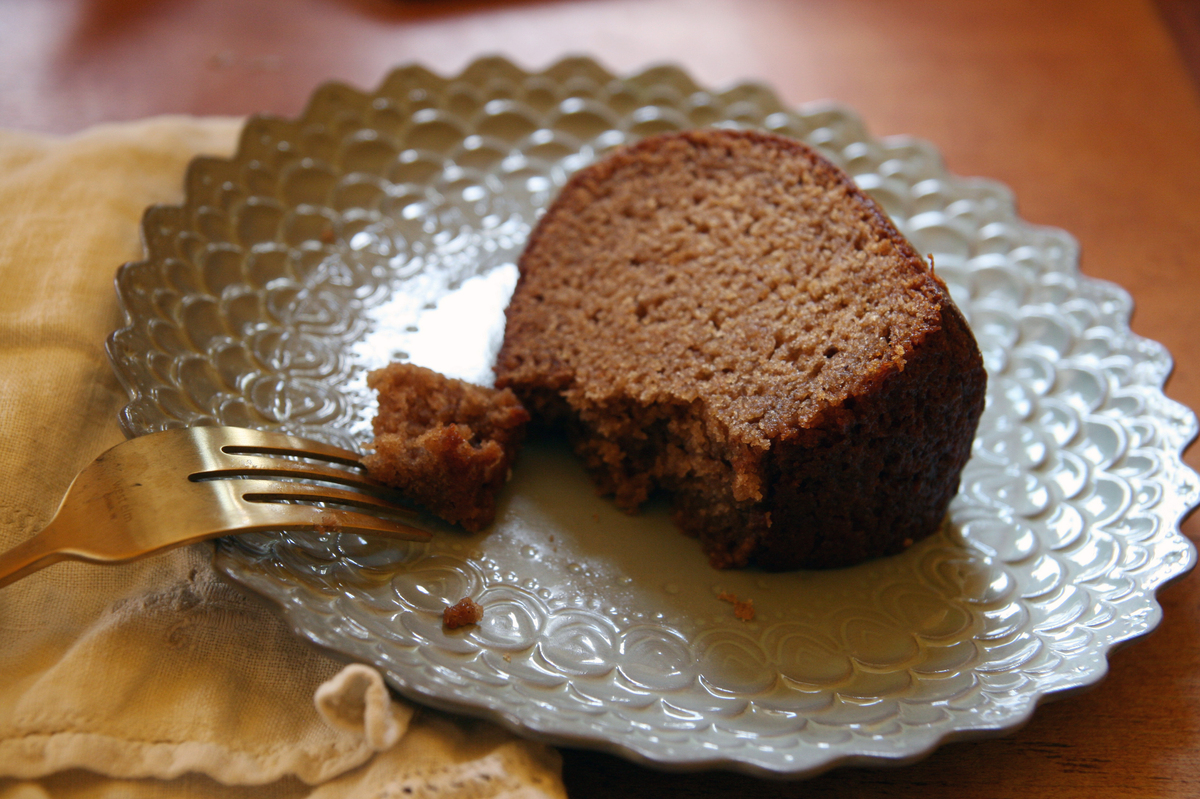 "Honey cake is considered the fruitcake of the kosher kitchen," jokes cookbook author Marcy Goldman. "The same resistance people may have to fruitcake, a lot of people have about honey cake." With her recipe — now the go-to recipe for thousands of families — Goldman modernizes this sweet taste of the past.

Rosh Hashanah, the Jewish New Year, begins at sunset Sunday night, and in symbolic hope for a sweet year to come, many American Jews will eat a slice of honey cake. But while honey cake is sentimental, it's not always beloved.

Marcy Goldman is the author of several baking books, including one on Jewish baking, and she's heard all the complaints: Honey cake is too dense, too dry and too heavily spiced.

"Honey cake is considered the fruitcake of the kosher kitchen," she jokes. "The same resistance people may have to fruitcake, a lot of people have about honey cake."

And there's actually a good reason for that. Both fruitcake and honey cake are cakes from an earlier time. A time when desserts were brown and hefty. A time when the definition of a celebratory cake included heaps of cloves and allspice.

"I think that probably was fine in the 1800s, early 1900s," Goldman concedes. "But I think people's taste change. So what people began perceiving as tasting better had to do a lot with more mouthfeel, which is fat, and more sweetness."

So for her honey cake — which is now the go-to recipe for thousands of families — Goldman dials back the spices, and ups the fat and sugar. She adds tea, orange juice and a shot of booze for a liquidy batter that blossoms into a tender, delicate crumb. It's still a honey cake, but a modern one — tethered to the past, but deserving a place on today's table.

Admittedly, even the most delicious honey cake still has a bit more heft than, say, a frosted chocolate cake. But that's not necessarily a bad thing. Honey attracts moisture, which means it gets better (instead of more stale) as it ages. And the heft means that this is a cake that can travel.

Lori Ann Burd — who actually spends her days working to protect honey bees — grew up in Chicago, but now lives in Portland, Ore. And every year her mother mails her a Rosh Hashanah honey cake.

"It lasts forever — it'll last for weeks," Burd appreciates. "And it looks as good on its last day as it does on its first. It's a very solid cake."

Burd's mother used to tuck the honey cake in a suitcase to come back from her annual visit, until the time the dense cake literally put her over the luggage weight cutoff. So now, it comes in the mail. Burd waits until the holiday to cut into the cake, but the crumbs that fall off in transit are fair game.

"It's super tasty and moist and sweet and delicious. And spicy and fruity and zesty," Burd notes.

But of course, it's about more than that. It's tradition. And family. And love.

Rosh Hashanah, like all new years, is about hope for good things to come. But it's always nice to move forward with a sweet taste of the past — especially one with a little less allspice and cloves.

Adapted from A Treasury of Jewish Holiday Baking (Whitecap, 2009)

Preheat the oven to 350° Fahrenheit. Grease and flour a large tube or bundt pan.

In a large bowl, whisk together the flour, baking powder, baking soda, salt and spices. Make a well in the center and add the oil, honey, sugars, eggs, vanilla, coffee, orange juice and rye or whiskey.

Using a strong wire whisk or an electric mixer on slow speed, combine the ingredients well to make a thick batter, making sure that no ingredients are stuck to the bottom of the bowl.

Spoon the batter into the prepared pan, and sprinkle the top of the cake evenly with the almonds, if desired. Place the cake pan on 2 baking sheets stacked together (this helps it bake more evenly), and bake until the cake springs back when you touch it gently in the center, and a tester comes out clean, about an hour.

Remove the cake from the oven, and let it stand 15 minutes to cool slightly. Invert it onto a wire rack, remove the pan and let cool completely.