Accessibility links
It's Time To Get Serious About Reducing Food Waste, Feds Say : The Salt The amount Americans throw away annually would fill a 100-story building 44 times, says Agriculture Secretary Tom Vilsack. The USDA and the EPA have issued a challenge to cut that in half by 2030. 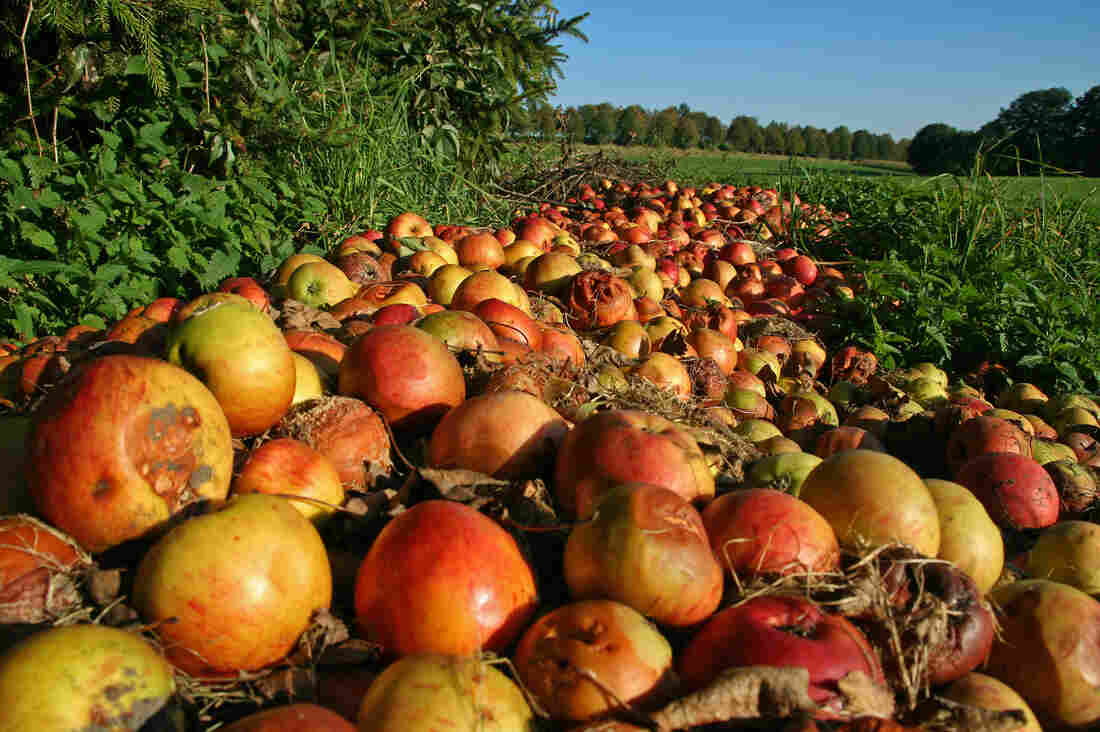 The government's first ever national target to reduce food waste will encourage farmers to donate more of their imperfect produce to the hungry. iStockphoto hide caption 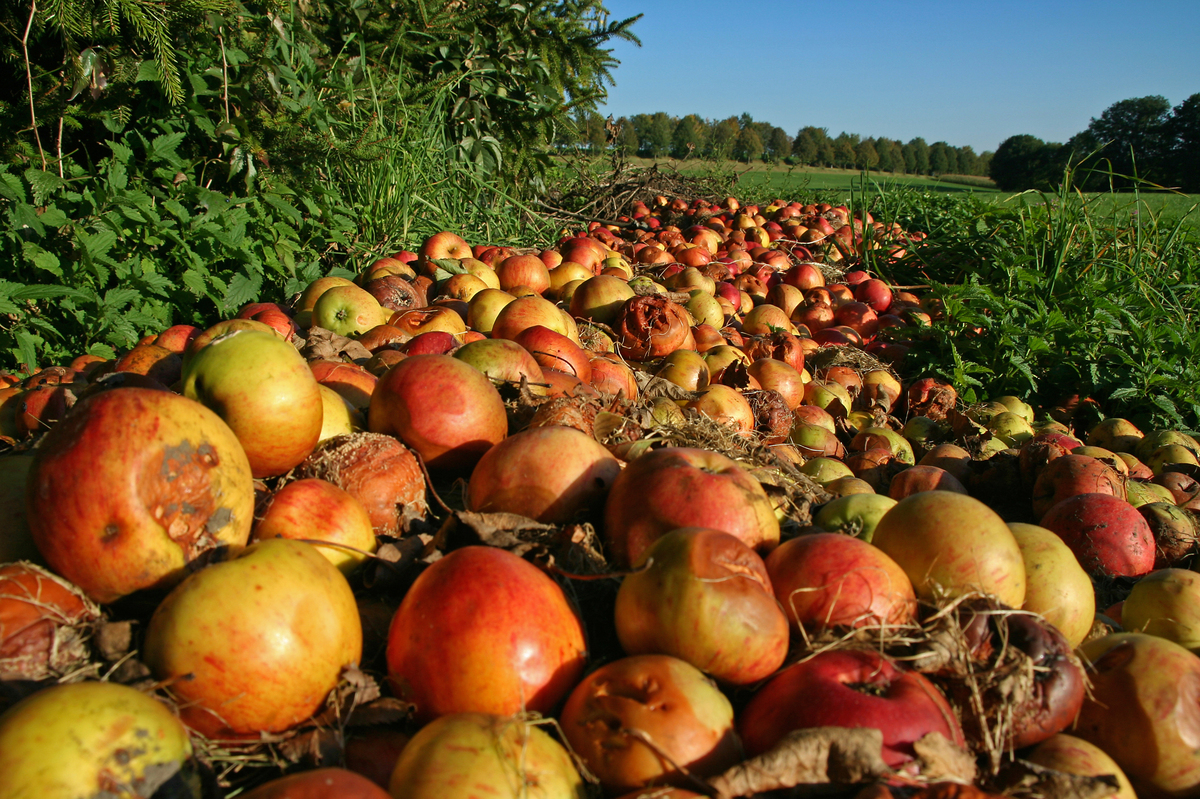 The government's first ever national target to reduce food waste will encourage farmers to donate more of their imperfect produce to the hungry.

Word that Americans throw away about one-third of our available food has been getting around.

Now there's an official goal aimed at reducing that waste.

Today, the U.S. Department of Agriculture and the Environmental Protection Agency — along with many private-sector and food-bank partners — announced the first ever national target for food waste.

Currently, Vilsack says, an estimated 133 billion pounds of food is wasted each year. And if that's hard to fathom, picture this: "It's enough to fill the Sears Tower [technically now called the Willis Tower] 44 times," Vilsack says.

As for who's responsible? Well, pretty much everyone who eats.

We consumers let a lot of food wilt or go sour in our refrigerators. And we may toss out items when they pass their sell-by dates — even though the food is still safe to consume.

On farms, there's a lot of waste generated — as we documented in this story about lettuce grown in California — when food not quite up to cosmetic standards isn't harvested. Often times, food also ends up in landfills because it won't stay fresh long enough to be shipped across the country. 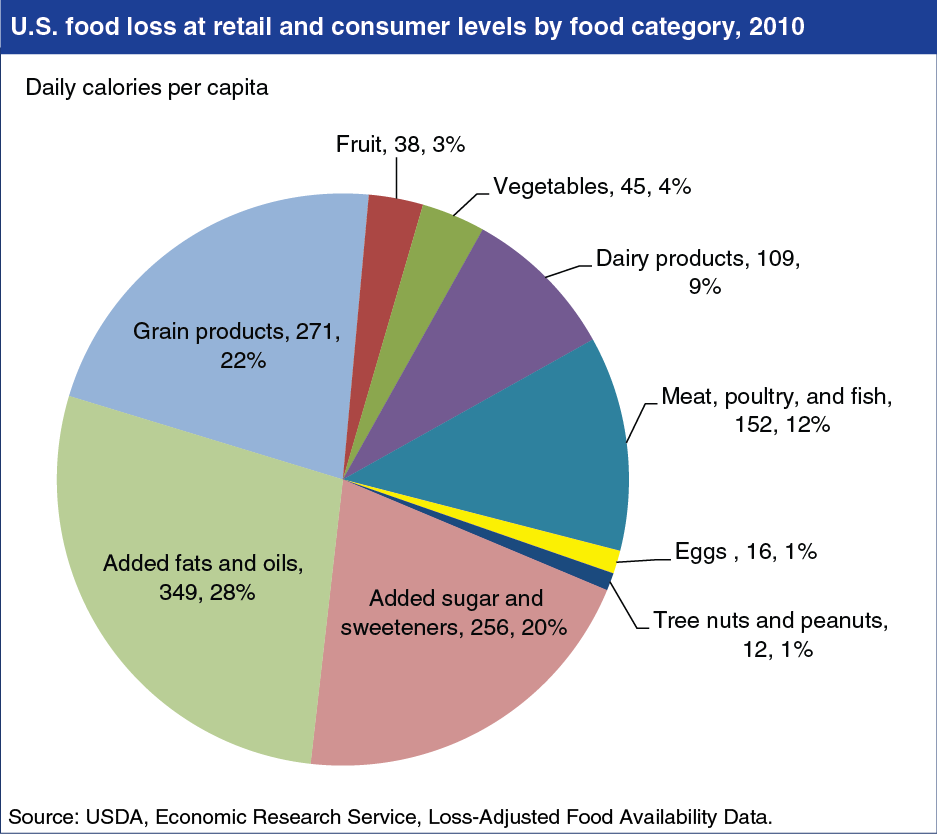 About 1,249 calories per American per day are wasted, according to U.S. Close to three-quarters of this calorie loss came from added fats and oils, grain products and added sugars and sweeteners, partly reflecting the high caloric density of these foods relative to other food groups. USDA Economic Research Service hide caption

Restaurants and grocery stores generate a lot of waste, too.

There are a lot of initiatives already underway to address food waste. For instance, the Food Recovery Challenge at the EPA is helping food manufacturers and grocers donate more food.

And, increasingly, as we showed in this video, grocery stores are buying and selling imperfect, or ugly, produce. In addition, restaurants are turning to new technology to help them track and identify opportunities to cut waste. 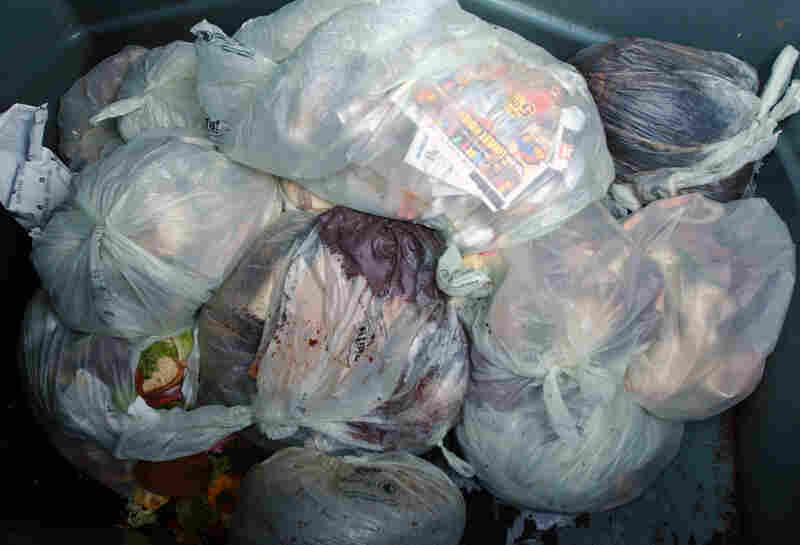 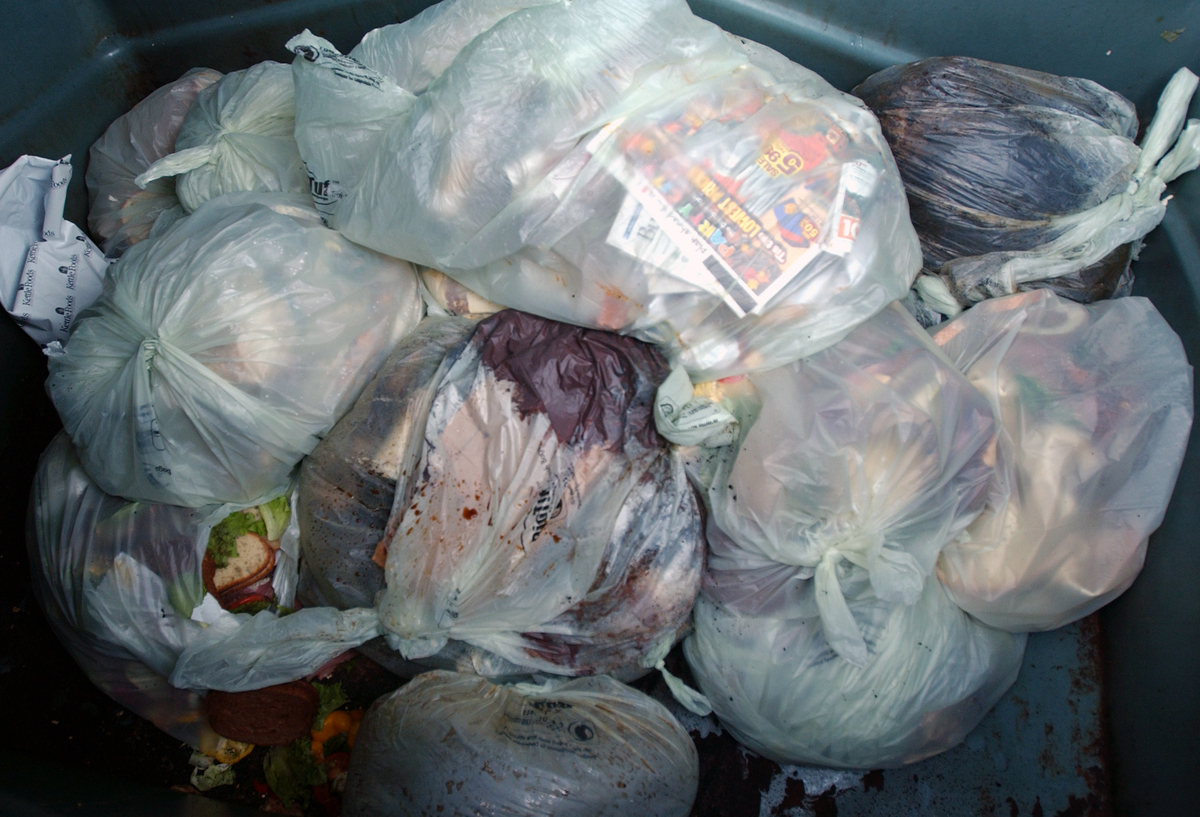 Vilsack says food waste isn't just an economic issue — it also is a big contributor of methane, a potent greenhouse gas that fuels climate change. Think about where most of it is tossed: "Basically, it ends up in landfills," Vilsack says. And it's the single greatest contributor to municipal landfills, according to USDA.

Here's another way to understand the significance of food waste: Tossing out food wastes fossil fuels used to grow and ship food.

"When you look at the oil that's used in producing food that's wasted, it's 70 times the amount of oil that we lost in the Deepwater Horizon disaster," Vilsack says.

For now, the national 50 percent waste reduction goal will be voluntary. But to meet it, Vilsack says, many of the initiatives already underway can be scaled up. "Rather than pitch [food], let's figure out how to redirect it," and salvage it, says Vilsack.

For instance, Americans need more education on how to shop and cook in ways that reduce the losses in our own refrigerators. (We'll have more tips on this tomorrow.)

And schools, institutions and local governments can do a lot more to cut back on, recover and recycle food waste. In some states and cities, they're already required to. As we've reported, Seattle now fines homeowners for not sorting their garbage. And Massachusetts has implemented a food waste ban for certain institutions, with a handful of other states following suit.

As for what Congress might be able to help with, Vilsack says it's mulling legislation that would increase tax deductions for farmers and other big wasters who donate food to the needy.

Vilsack says the public awareness needed around food waste reminds him of another problem our nation tackled back in the 1960s and 1970s: litter.

There was a time when people rolled down their windows and tossed trash on to highways. "It was quite common when I was a kid," Vilsack says.

But now, this is not culturally acceptable. That's because there was a massive public education campaign. Schoolkids were told to tell their parents to stop littering. And, Vilsack says, it was successful.

Now, he says, the goal is to "create a generation of Americans that are sensitive to food waste."