Accessibility links
The Secret To The Inuit High-Fat Diet May Be Good Genes : The Salt A new study on Inuit in Greenland suggests that Arctic peoples evolved genetic adaptations that allow them to get by mostly on seal blubber and meat without developing health problems. 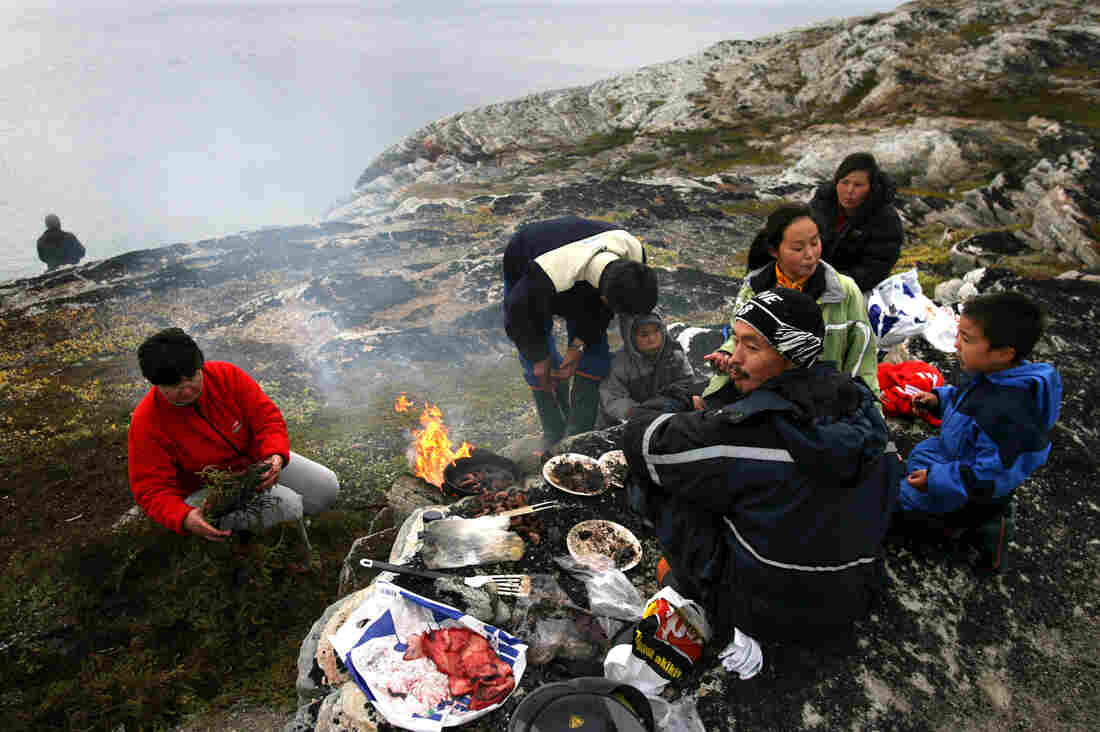 Arne Lange, a 39-year-old Inuit fisherman, and his family barbecue seal meat on an island near the village of Ilimanaq, Greenland in 2007. Uriel Sinai/Getty Images hide caption 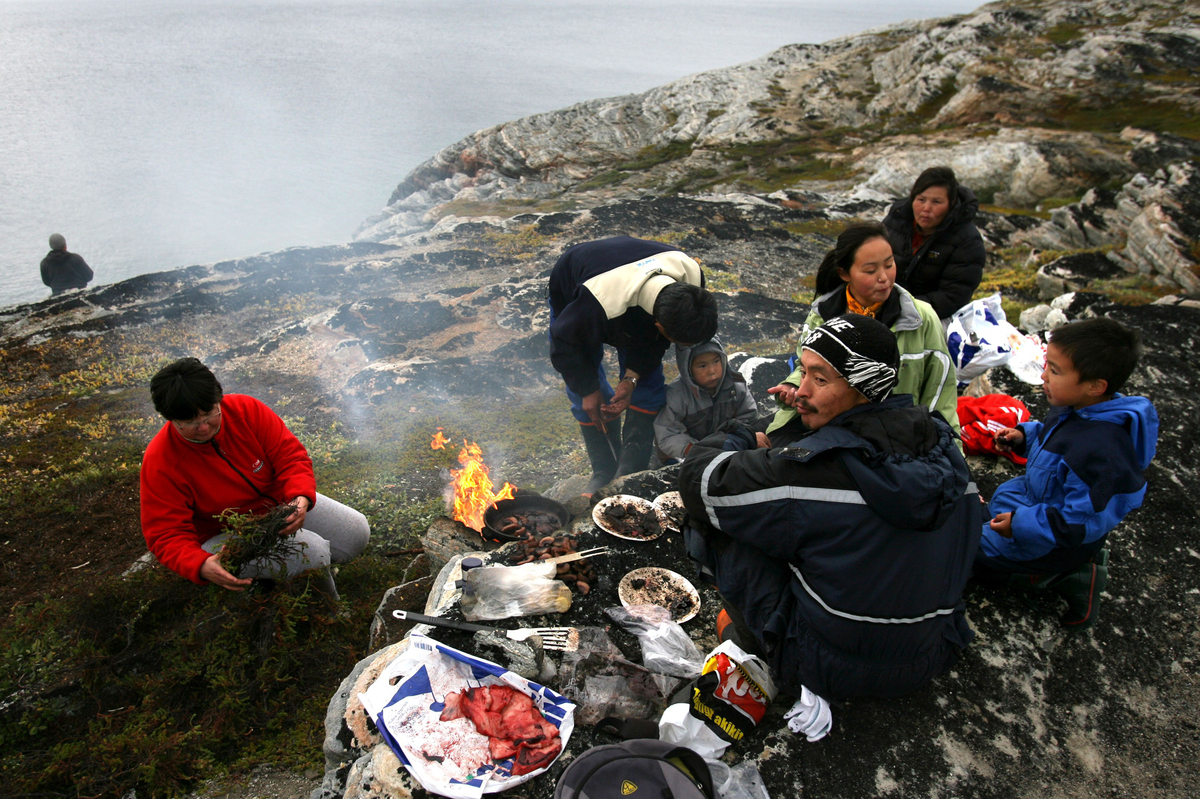 Arne Lange, a 39-year-old Inuit fisherman, and his family barbecue seal meat on an island near the village of Ilimanaq, Greenland in 2007.

We talk a lot on The Salt about the Mediterranean diet, which is rich in nuts, olive oil, fish, fruits and vegetables. Scientists believe it's one of the world's healthiest patterns of eating, and can protect against a lot of chronic diseases.

In the Arctic, the typical meal looks very different. There, a traditional plate would have some fatty marine animal like seal or whale and not much else – fruits and vegetables are hard to come by in the harsh climate.

And yet despite the fact that the high-fat Arctic diet may sound like a heart attack waiting to happen, the Inuit tend to have low rates of heart disease and diabetes.

Researchers thought maybe it was the omega-3 fatty acids in the meat and blubber that might be protective. But a new study on Inuit in Greenland suggests that Arctic peoples evolved certain genetic adaptations that allow them to consume much higher amounts of fat than most other people around the world, according a team of researchers reporting Thursday in the journal Science.

Computational biologist Rasmus Nielsen at the University of California, Berkeley lead the research, and began by looking for genetic differences between a 191 Inuit in Greenland, 60 Europeans, and 44 ethnic Chinese. "When we did that, it pointed directly to one group of genes where we had an extremely strong signal," Nielsen says. "They regulate how much of these omega-3s and omega-6s you make yourself naturally."

Nearly all of the Inuit in Nielsen's study had variances in these genes that researchers think slow down the body's natural production of omega-3 and omega-6 fats. "We saw that the Inuit have such a high diet of omega-3s, so they produce much less of it themselves," Nielsen says. And the genes seem to play a role in lowering levels of LDL cholesterol, the bad kind that's linked to heart disease. Only about 3 percent of Europeans and 15 percent of Chinese had the same genetic markers, the team writes.

Nielsen thinks these genes helped Inuit ancestors survive in the brutal cold near the North Pole and stay healthy on a diet of almost exclusively fat and protein. And he thinks the genes are mostly unique to humans living in this environment. 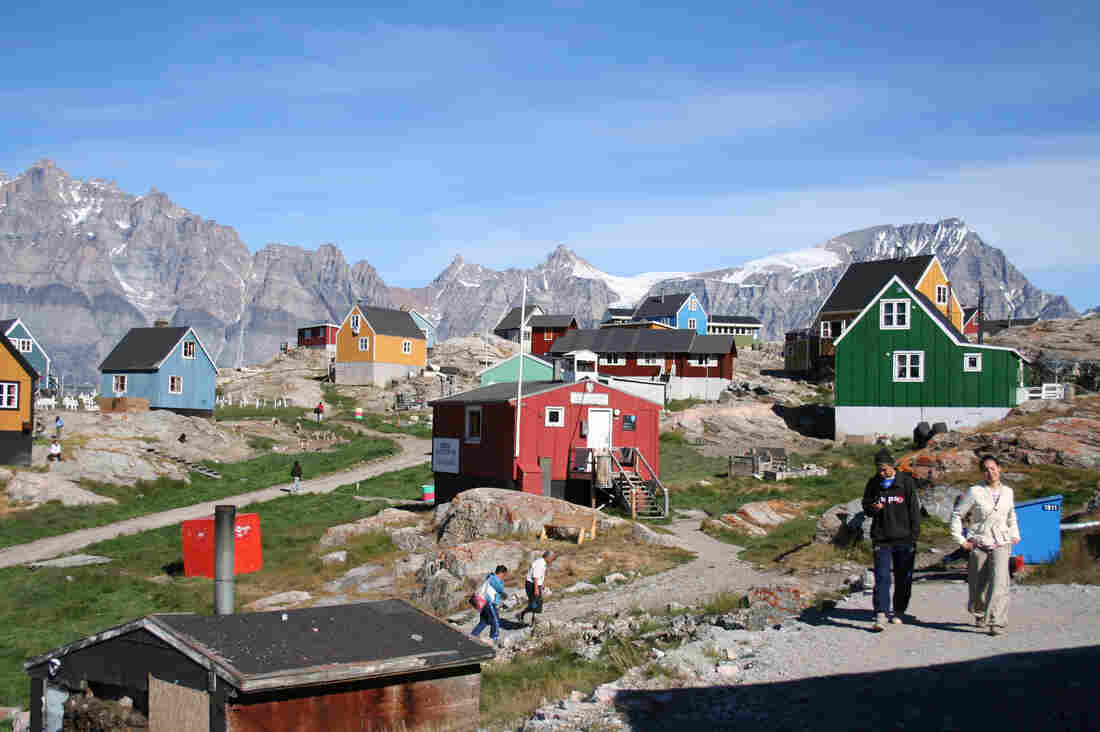 The village of Ukkusissat, Greenland, near where the researchers conducted their study of the Inuit diet. Malik Mifeldt/Science hide caption 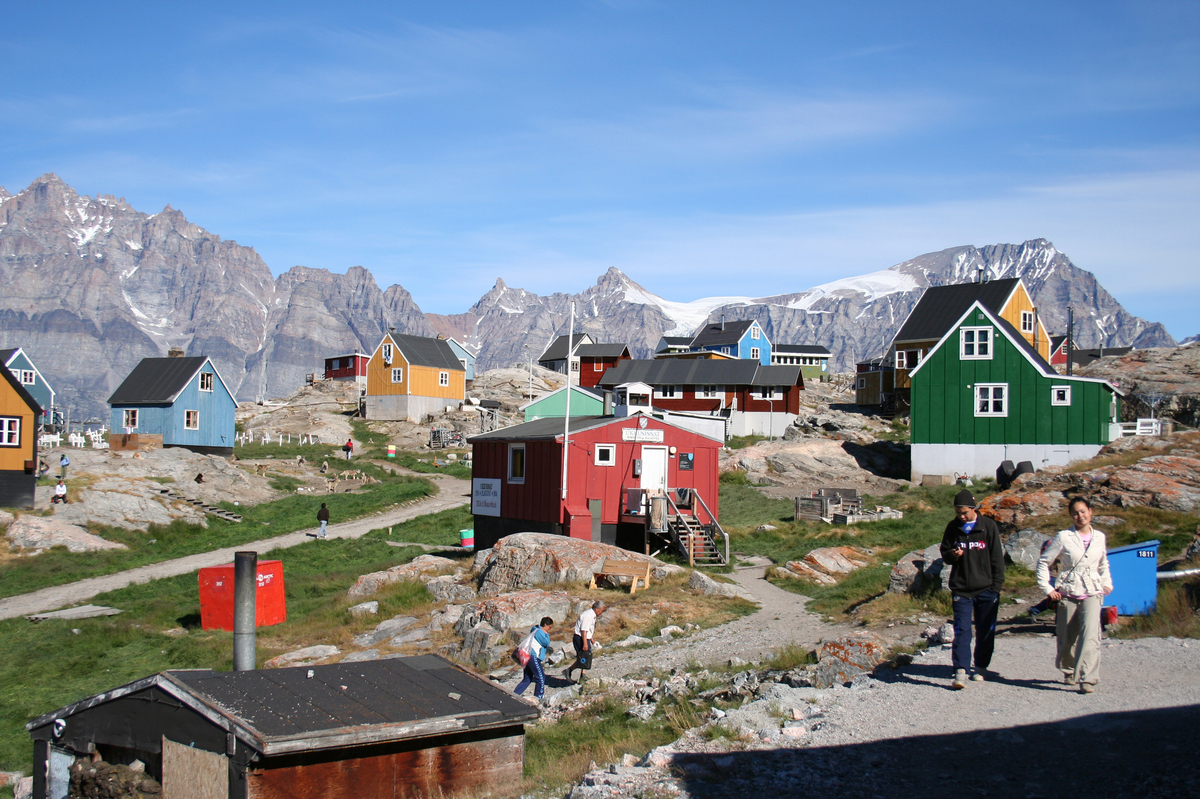 The village of Ukkusissat, Greenland, near where the researchers conducted their study of the Inuit diet.

But there's a lot of uncertainty about the genes. "The regulation of fats in your body is a really complex network. You turn one knob, and it just changes everything everywhere else," Nielsen says. So, he notes, the full implication of having these mutations still isn't well understood.

That's part of the reason why some researchers aren't completely blown away by the study. Whether or not these genes have helped Inuit stay slim on a high-fat diet is still unclear, says Joel Hirschhorn, a geneticist at Harvard Medical School. "They're taking a leap of faith," he says.

The genes in question seem to influence so many different processes in the body that pinpointing their effect is difficult, he says. "It's harder to go beyond the known biology of these genes and make connections to weight."

On top of that, Hirschhorn thinks there could be reasons other than diet for why Inuit have these mutations. "There are lots of things about the lifestyle in Greenland that are different and could lead to these adaptations," he says. 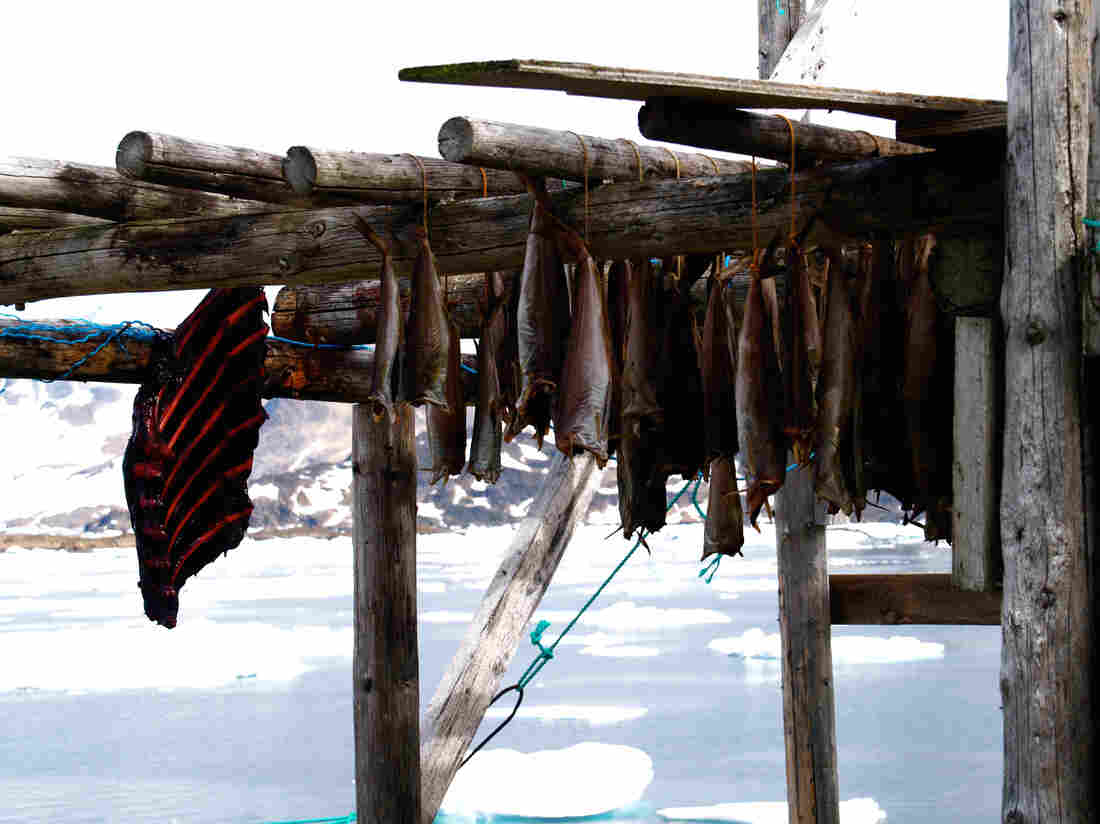 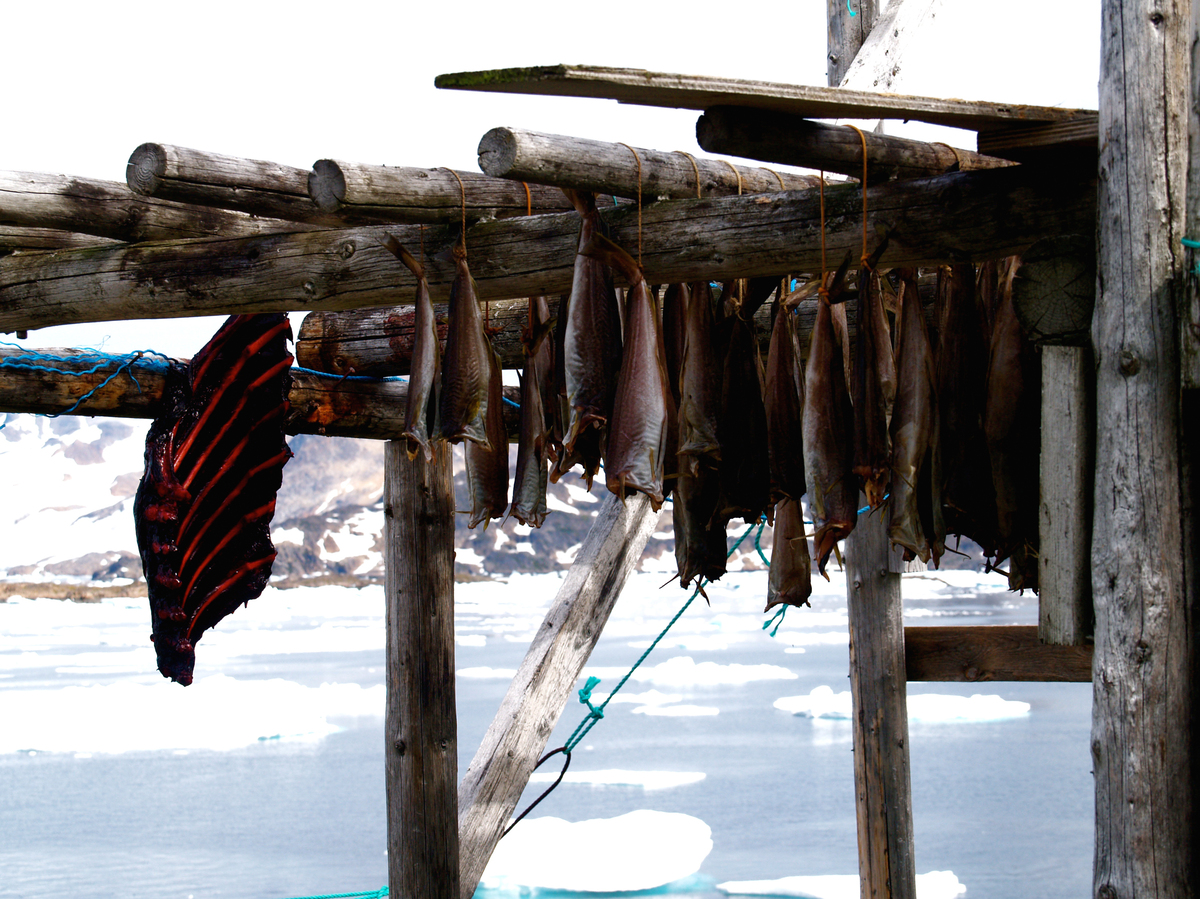 Even so, Hirschhorn says he's excited about the paper because "it's a clear example of human evolution." Like the genes that have allowed groups that practice dairying to tolerate lactose in milk, it's another example of human adaptations to different environments or diets, says Sarah Tishkoff, a geneticist at the University of Pennsylvania.

Nowadays, very few Greenlanders still eat a completely traditional diet. And the move away from the high-fat, high-protein diet may be leading to the rising rate of diabetes. "If they switch to a modern diet that's high in carbohydrates, particularly simple ones like glucose and sugar, then they tend to be quite unhealthy," Nielsen says.

That suggests that understanding these adaptations could eventually lead to specialized diets for each person. "We know now that the Inuit adapted to a very specific diet. That may be true for other populations as well," he says.

In other words: The answer to how harmful a high-fat diet is for you could depend on your genomics.