Accessibility links
Kids Who Are Time-Crunched At School Lunch Toss More And Eat Less : The Salt Many public school students get 15 minutes or less to eat. A study finds that kids who get less than 20 minutes for lunch end up eating less of everything on their tray. 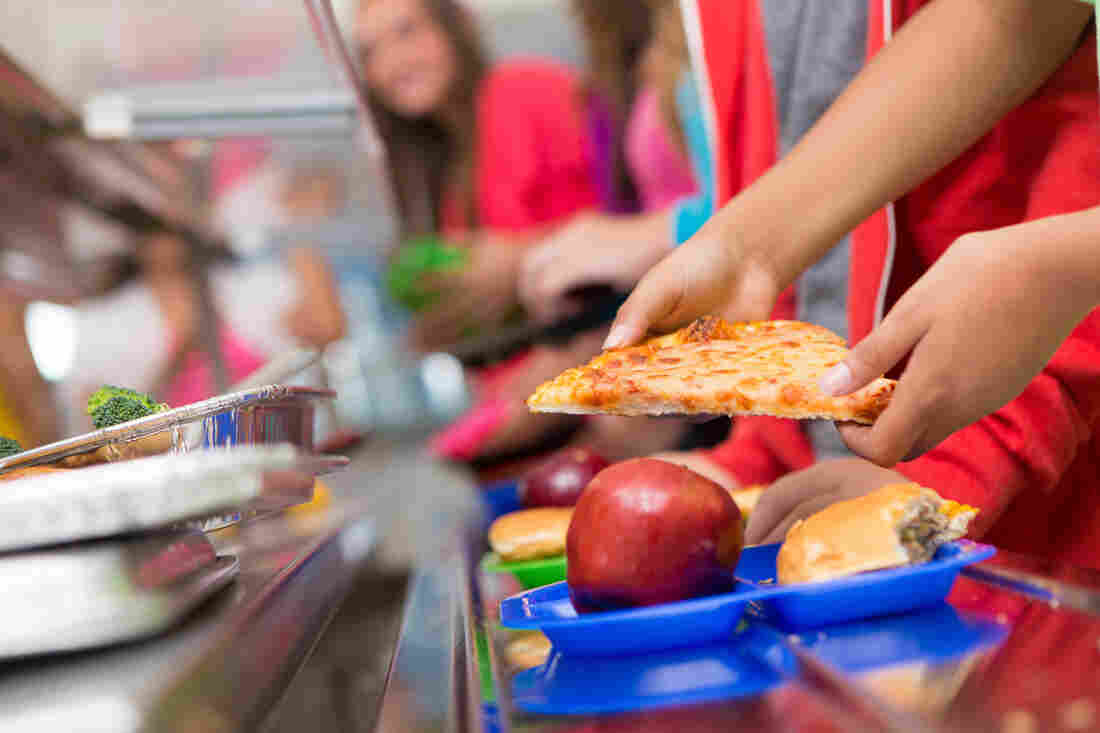 Longer lines in the cafeteria and shorter lunch periods mean many public school students get just 15 minutes to eat. Yet researchers say when kids get less than 20 minutes for lunch, they eat less of everything on their tray. iStockphoto hide caption 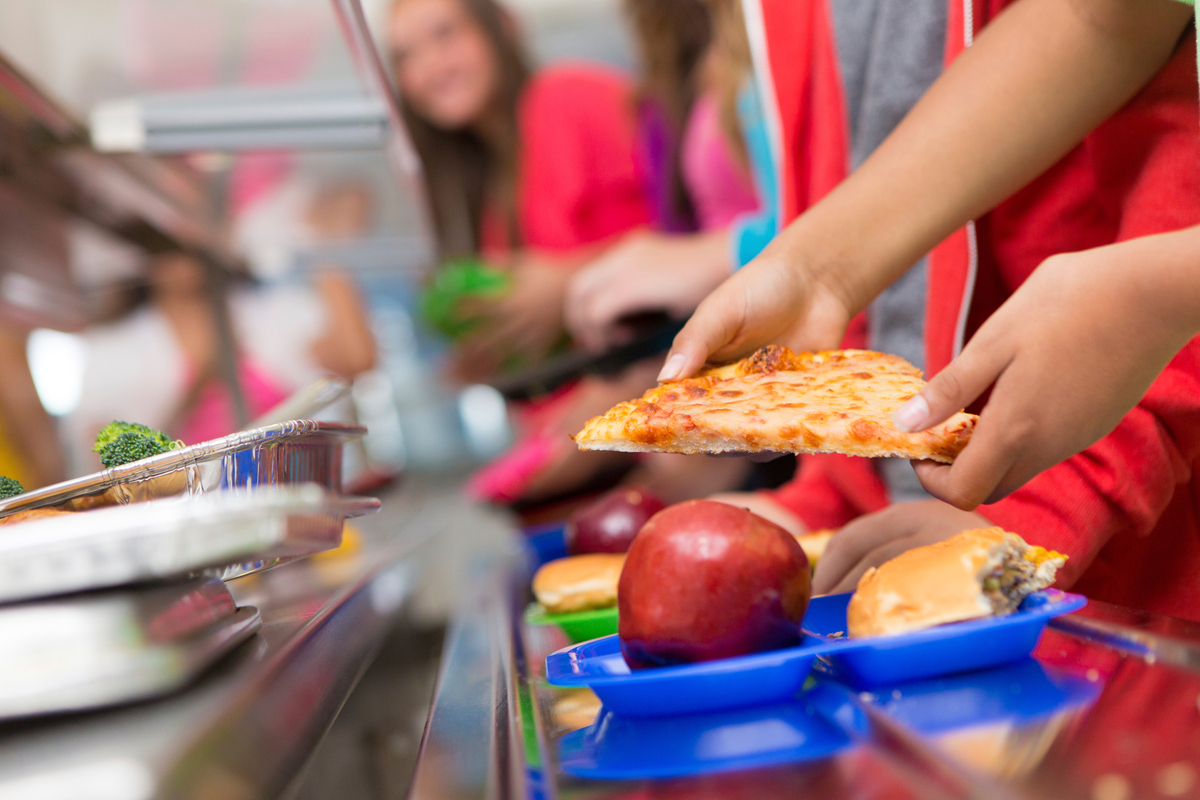 Longer lines in the cafeteria and shorter lunch periods mean many public school students get just 15 minutes to eat. Yet researchers say when kids get less than 20 minutes for lunch, they eat less of everything on their tray.

Most of the kids in the U.S. don't get much time to eat lunch. And by the time those kids wait in line and settle down to eat, many of them feel rushed.

And a recent study suggests that this time crunch may be undermining good nutrition at school.

Eric Rimm, a professor of epidemiology and nutrition at the Harvard School of Public Health, and a group of colleagues observed about 1,000 students, grades 3 to 8, at lunch time in a low-income urban school district in Massachusetts.

"Kids who had less than 20 minutes to eat were consuming, across the board, less of everything," Rimm told us.

"Many children, especially those from low-income families, rely on school meals for up to half their daily energy intake, so it is essential that we give students a sufficient amount of time to eat their lunches," Juliana Cohen, Rimm's colleague at Harvard and the study's lead author, said in a statement.

"Kids learn a lot at school. They should [also] learn how to eat slowly and enjoy their food," Rimm says.

Yet in many public schools across America, the school lunch hour has shrunk to just 15 minutes.

In a poll conducted in 2013 by NPR, the Robert Wood Johnson Foundation and the Harvard School of Public Health, 20 percent of parents of students from kindergarten through fifth grade told us that their child gets 15 minutes or less to eat. And even in schools that officially have longer lunch periods, the actual time kids get to spend at the table can be far shorter.

One issue driving abbreviated lunch periods: the increased pressure to boost time in the classroom – and standardized test scores. As Julia Bauscher, then-president of the national School Nutrition Association, told us in 2013, the lunch period is often the first place administrators look for extra instruction time.

And there's another factor that may be adding to longer lines and less table time: As we've reported, the number of school children receiving free meals under the National School Lunch program has increased in recent years, according to a report last year from the Government Accountability Office. When we spoke to her in 2013, Bauscher also cited this increased participation as one factor behind longer lunch lines. She oversees nutrition services for Jefferson County Public Schools in Kentucky, where 70 percent of students participate in meals programs.

Some Salt readers have told us in comments that longer lines may be behind another trend in the school cafeteria: fewer students are buying lunch. As we recently reported, the number of students who pay full price for school meals declined by 1.6 million, or about 5 percent, in recent years. After we posted that story on Facebook, many of our followers told us that long lines and short meal times were a significant factor in why their children were now brown-bagging it.

Brenna Zesiger D'Ambrosio is a Chicago writer and mom with two children in the city's public elementary schools.

She says in her kids' schools, many students opt out of buying school lunch due to time constraints. "They have 15 minutes max for lunch and the line for school lunch takes half of that," she told us via Facebook. "My elementary students cannot eat fast enough and end up hungry (and distracted) later in the day if they choose the school option."

So for her child who is a particularly slow eater, D'Ambrosio says she always packs a lunch from home.