Accessibility links
We Leave Half Of All Our Seafood On The Table (And In The Trash) : The Salt Each year American consumers buy and then never eat 1.3 billion pounds of fish and shellfish, according to a new study. Fishermen, retailers and processors waste a lot of fish, too. 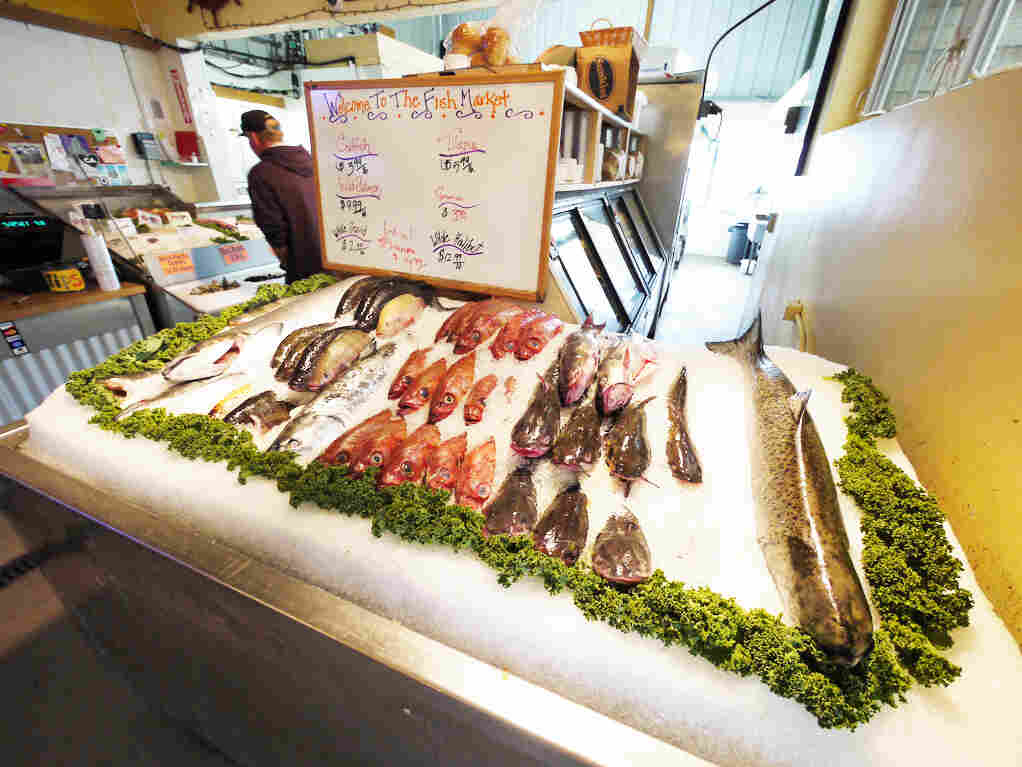 Some 15 percent of the seafood that's wasted in the U.S. is lost en route from sea to consumer, often because it spoils or is discarded as scraps. Craig Howell/Flickr hide caption 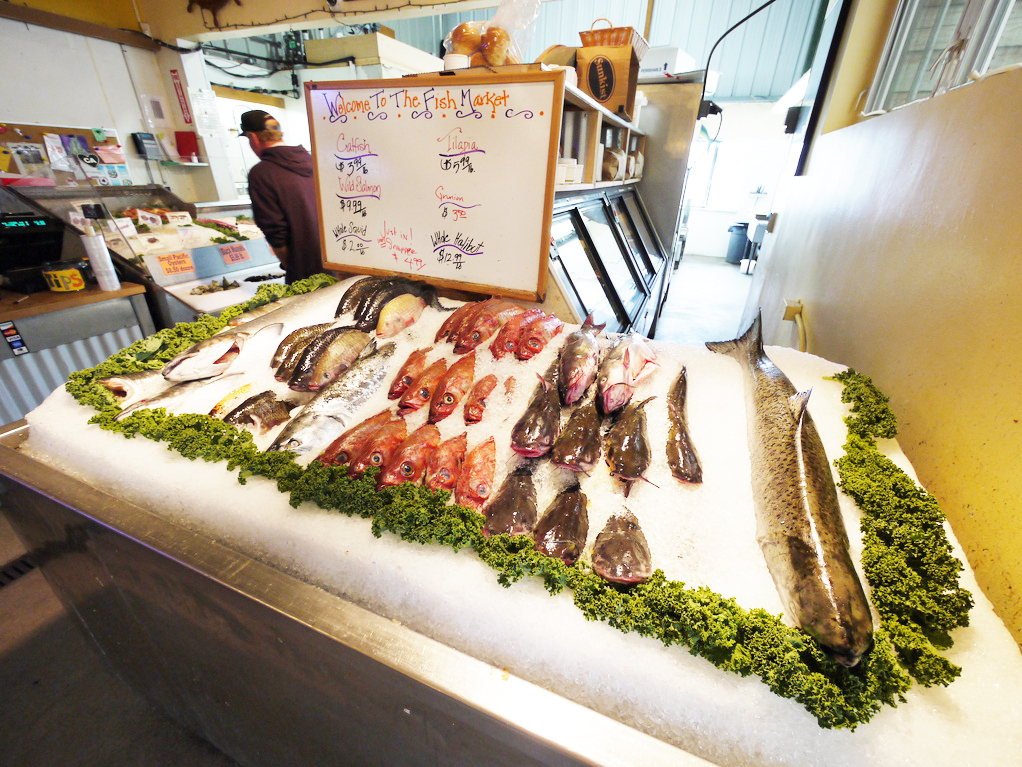 Some 15 percent of the seafood that's wasted in the U.S. is lost en route from sea to consumer, often because it spoils or is discarded as scraps.

Turned off by a slightly smelly fillet of halibut? Don't think that grilled salmon will be any good tomorrow?

Such mealtime decisions may seem innocent enough, but when they're made by people all over the country, they add up to a staggering amount of waste. Nearly half the U.S. seafood supply winds up uneaten, according to researchers from the Johns Hopkins Center for a Livable Future.

About a quarter of the waste occurs at sea, where fish are frequently caught by accident, then thrown back, according to the study, which appears in the November issue of the journal Global Environmental Change. An additional 15 percent or so is lost en route from sea to consumer, often because it spoils or is discarded as scraps at processing plants.

Don't Toss That Sour Milk! And Other Tips To Cut Kitchen Food Waste

The researchers say seafood is more likely to be wasted than other foods for a few reasons. It's highly perishable, for one. And it can give off strong smells "that are not always associated with food safety risks, but may raise safety and quality concerns among retailers, food service providers and consumers," the study says.

Consumers are far and away wasting more seafood than any other group. The study, which analyzed data from the National Marine Fisheries Service and the U.S. Department of Agriculture among other sources, found that each year we the eaters buy and then never eat 1.3 billion pounds of fish and shellfish. Some of this seafood is going bad in household refrigerators before it is cooked. Some is "plate waste" — it reaches the dining table but winds up in the trash, compost or dog bowl.

Dave Love, an assistant scientist at the Johns Hopkins Center for a Livable Future and the study's lead author, tells The Salt that consumers who throw out seafood aren't just wasting a highly nutritious food. They're also wasting energy that powered fishing boats and processing plants, kept the seafood cold, fueled its transport over land and sea and maybe even cooked it.

"Lots of time and resources go into that final product, that nice morsel on the diner's plate or on the supermarket shelf," Love says. For this reason, reducing waste at the end of the supply chain should be considered a top priority, Love says.

That said, fishermen are also guilty of a lot of waste. And there's growing awareness about the accidental landing of billions of pounds of fish and other creatures each year — called bycatch. In some fisheries, three-fourths of what winds up in a trawl net is tossed back, mostly dead or dying. Drift gillnets — such as those used for swordfish off the California coast — are another major cause of bycatch, killing marine mammals, birds and all kinds of unwanted fish.

To cut this type of seafood waste, Love and his colleagues recommend bans on destructive fishing methods, such as trawl nets, which are dragged across the seafloor and tend to catch and kill most creatures in their path.

Companies that process fish — canning it or turning it into fish sticks, for example — have plenty of opportunities to curb waste, too, the researchers say. They could package fish in smaller, more manageable portions, to reduce mealtime leftovers, and also provide clearer and more accurate information on product shelf life. Selling more fish frozen instead of fresh would also prevent spoilage.

Still, changing consumers' careless ways may be the greatest hurdle of them of all.

"How do you force people to eat what they buy?" says Jonathan Bloom, blogger at WastedFood.com and the author of American Wasteland. He thinks many Americans will continue throwing food away until they see it as throwing away money.

"To drive behavior change, you have to tie food waste to people's pocketbooks and wallets," he says. You also have to educate them about food safety. Bloom says he thinks many Americans have unwarranted fears of food poisoning from fish, which dissuade them from saving leftover seafood that's perfectly safe to eat.

Another opportunity is to help more people see fish heads and filleted carcasses as tasty — Love says he and his colleagues did not count this waste in the study because most Americans don't typically eat these byproducts. Other cultures, however, do. In many Asian and African nations, fish heads and bones are prized and are routinely cooked or boiled into broths.

As awareness of food waste grows, and as the challenge of feeding a growing population with limited resources becomes urgent, Bloom guesses the average American may begin utilizing more of all the food we've been throwing away.

"I don't know which happens first — use of insects or fish heads in our kitchens — but both are coming attractions," he says.