Accessibility links
From Syria To South Africa, A Passion For Wine Flows Bottle By Bottle : The Salt A wine writer travels the world to uncover the stories behind 12 bottles of wine. Each bottle offers insight into politics, environment, economics and community. 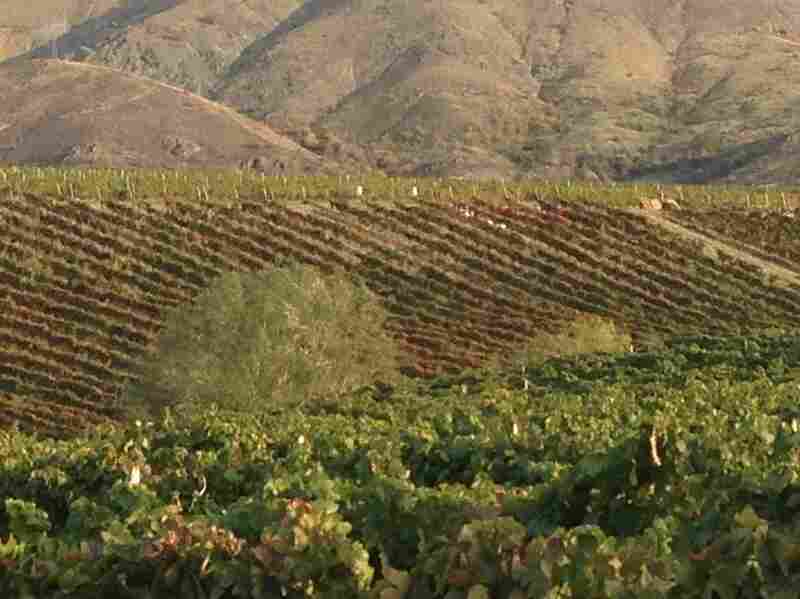 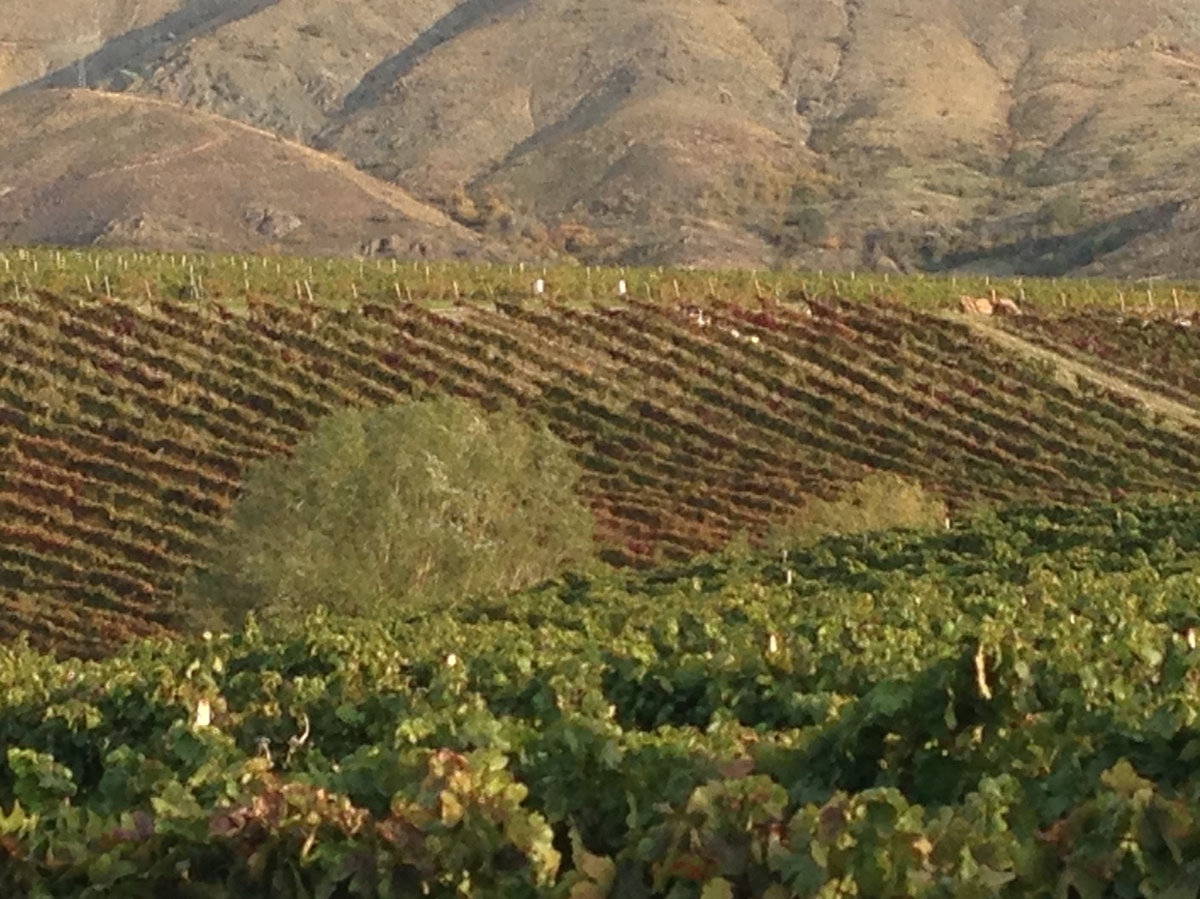 One chapter in Cathy Huyghe's Hungry for Wine is devoted to the Vinkara vineyards in Turkey where "hero wine" is produced.

To make wine, you've got to have patience and passion – a lot of it. Cathy Huyghe, who is a wine columnist at Forbes.com and Food52, wanted to understand how and why and where passion for wine runs deep. So she traveled around the world – from Patagonia to New Zealand to South Africa — to document producers for her new book, Hungry for Wine: Seeing the World Through A Glass of Wine.

Many of the producers she finds are making wine under challenging circumstances: war, post-apartheid tensions and nascent markets for their product. But they've all built a life around wine, and their stories offer rich insight into politics, environment and community.

The hunger in the book's title has multiple meanings. It doesn't just speak to the winemakers' passion – it's also literal hunger for some of them, who need wine to put food on the table.

In the wine world, we don't hear a lot about the people picking the grapes. So Huyghe made a point of asking each producer about the people who work for them — to deepen the story behind each wine. Her stories feature migrant workers who travel long distances from their homes to work in the vineyards. (For more, read the excerpt below.) 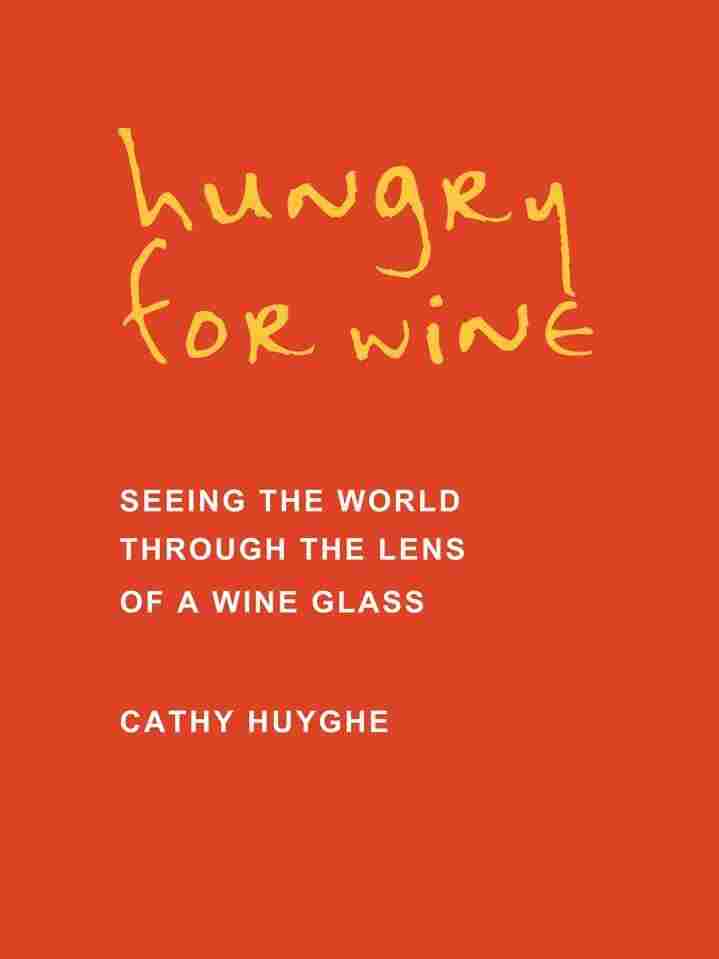 Seeing the World Through the Lens of a Wine Glass

For two Syrian brothers, hunger for wine means producing and bottling wine despite the chaos and tragedy of a civil war. They conduct their entire business – including tasting and analyzing the grapes grown on a Syrian mountainside — via courier over the border in Lebanon. They've kept their same employees, paying them their same salaries, despite the risks. To the winemakers, continuing the business helps them keep "a sense of cohesion and purpose ... acting like a family in times of distress and problems," Huyghe writes.

Another chapter is devoted to Turkey's "hero wine," named for the defiance and creativity it took to bring the wine to market. It's a story of how winemakers struggled to introduce their wines in a country where marketing alcohol was against the law despite increasing energy among young wine drinkers. Huyghe discovered what was expressed in the wine told the same story as the country itself.

"The winemakers themselves have at their disposal native grapes, indigenous grapes, that most of us can't even pronounce, as well as Cabernet Sauvignon, and as well as Chardonnay," she tells The Salt. "And so they're trying to bridge – the way that Turkey itself is a bridge between East and West – they're trying to use blends to bridge Turkey with the international trade."

Hungry for Wine also brings this passion and desire back home to the wine drinker.

Huyghe's first chapter is about the notion of regret many wine lovers struggle with when trying to decide when to open a special bottle of wine. And she explores this theme of patience in two other chapters: one about a winemaker in Chile who spent her lifetime trying to understand one specific vineyard, the second focused on the required years wine must age before it can be released in the famed La Rioja region in Spain. And Huyghe also reminds us about the desire to be part of a community – through urban wine groups and the eyes of some new California winemakers.

"There's a mystery to wine ... There are things we're never going to know about wine. And the outer limits of what we can know about wine — there is none and there are no outer limits. It's just a constant curiosity about wine that can just keep feeding our interests. There's no end to it," Huyghe says." Or you can just drink the stuff and be perfectly happy."

Join The Salt and Cathy Huyghe for a conversation on social media about the bottles of wine you're hungry to drink by posting your thoughts and photos with the hashtag #hungryforwine.

Read an excerpt of Hungry for Wine