Accessibility links
Taking The Heat: Is Foodie Culture Making Room For Female Chefs? : The Salt Women have long been told their place is in the kitchen — but not as chefs. To this day, only about 20 percent of chefs are women. With the growth of "foodie" culture, that might finally be changing. 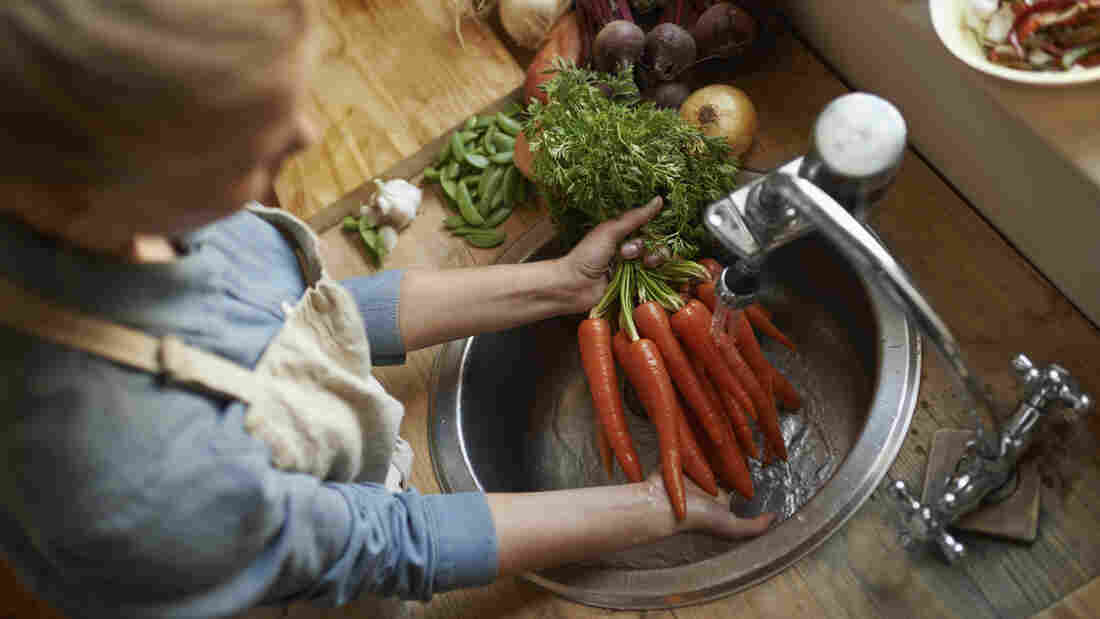 Women have long been told their place is in the kitchen â but not as chefs. To this day, only about 20 percent of chefs are women. iStockphoto hide caption 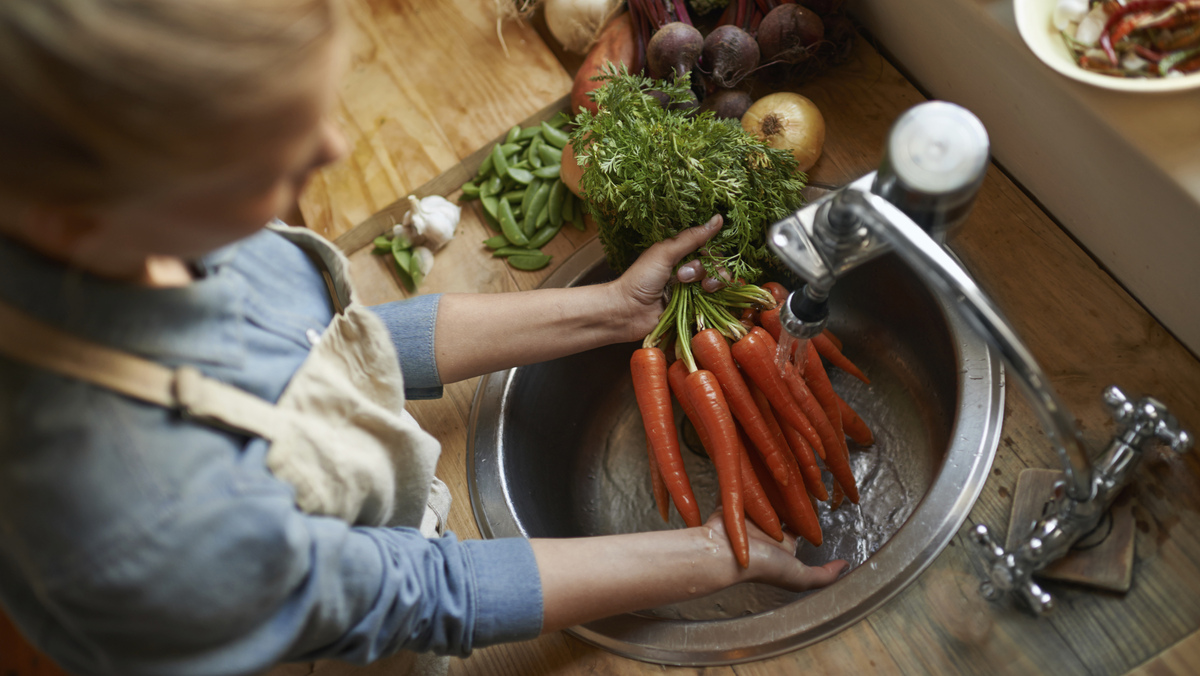 Women have long been told their place is in the kitchen â but not as chefs. To this day, only about 20 percent of chefs are women.

Women have historically been told their place is in the kitchen — but not as chefs: According to statistics from the U.S. Labor Department, to this day, only about 20 percent of chefs are women.

It all harks back to the fact that being a chef was not as glamorous as it is today, says Deborah Harris, a sociology professor at Texas State University whose new book, Taking The Heat, explores the issue.

When you think of chefs nowadays, the first thing that might come to mind are boisterous, flamboyant celebrities like chef Gordon Ramsay. Thanks to the Food Network and reality television, in many ways chefs have become the rock stars of our generation. It might come as a surprise to some that back in the day, in 18th and 19th century France, being a chef was the opposite of being a celebrity.

"It was a really low-status career," says Harris. In response, she says, male chefs made a big deal about "differentiating between the cultural, high-status, intellectual cooking of men, and the low-status, every day work of women."

I met up with Mexican Chef Iliana De La Vega in Austin, Texas, to discuss her experience in the professional kitchen. She says when she first started, she got a lot of perplexed looks about wanting to do something professionally that women were expected to do anyways: cook. 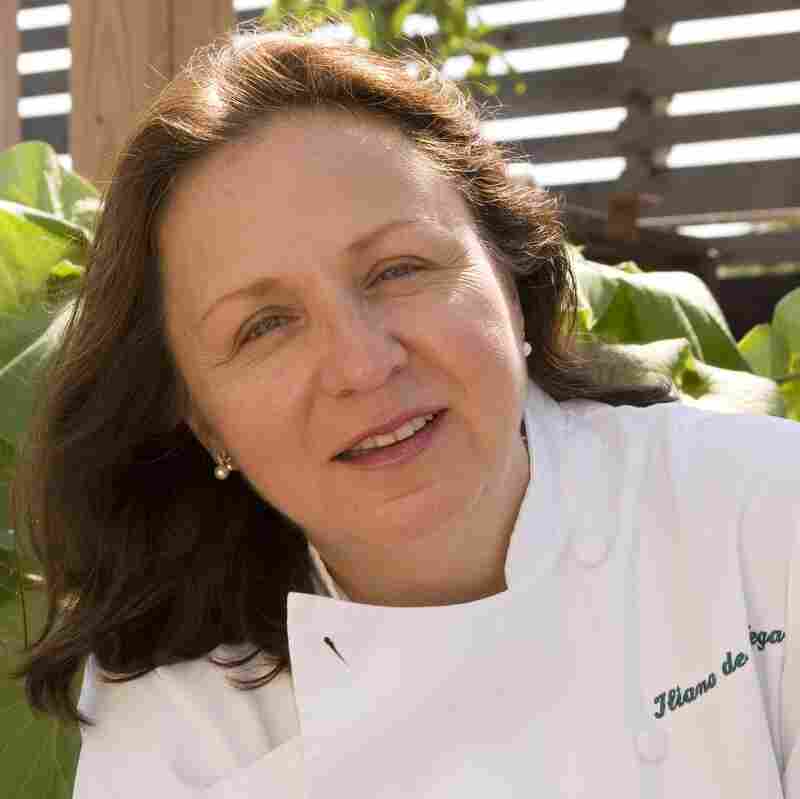 Growing up in Mexico, Chef Iliana De La Vega dreamt of working in professional kitchens. She eventually picked up and moved to Oaxaca, where she mastered the regions intricate and flavorful cuisine. courtesy of the chef hide caption

toggle caption
courtesy of the chef

"For my mom, that I wanted to be a cook or a chef was like, 'No, we always do that anyways. So why don't you go and do something else?' " De La Vega explains. This wasn't even the biggest roadblock for her: "You know in Mexico in my time — I'm a little bit older — there [were] no culinary schools." Nowadays, Mexico City has an abundance of places where you can learn to be a chef.

Eventually, De La Vega moved to the southern Mexican state of Oaxaca, known for its intricate and flavorful cuisine. She opened a restaurant there in 1997. She's since become a recognized chef. But she says to this day, there's even a gender distinction when it comes to preparing the very basic ingredients of food.

Eight years ago, De la Vega moved from Mexico to Austin. Three years ago, she opened El Naranjo, a thriving, upscale eatery in the city. These days, Austin has one of the highest growth rates for restaurants, hotels and bars across the country. And it's part of a larger, growing "foodie" culture in the U.S. "More and more people are getting interested in food, and where their food comes from, and that's opening a lot of doors for chefs — and women chefs in particular — to take a lead on that," says Harris. 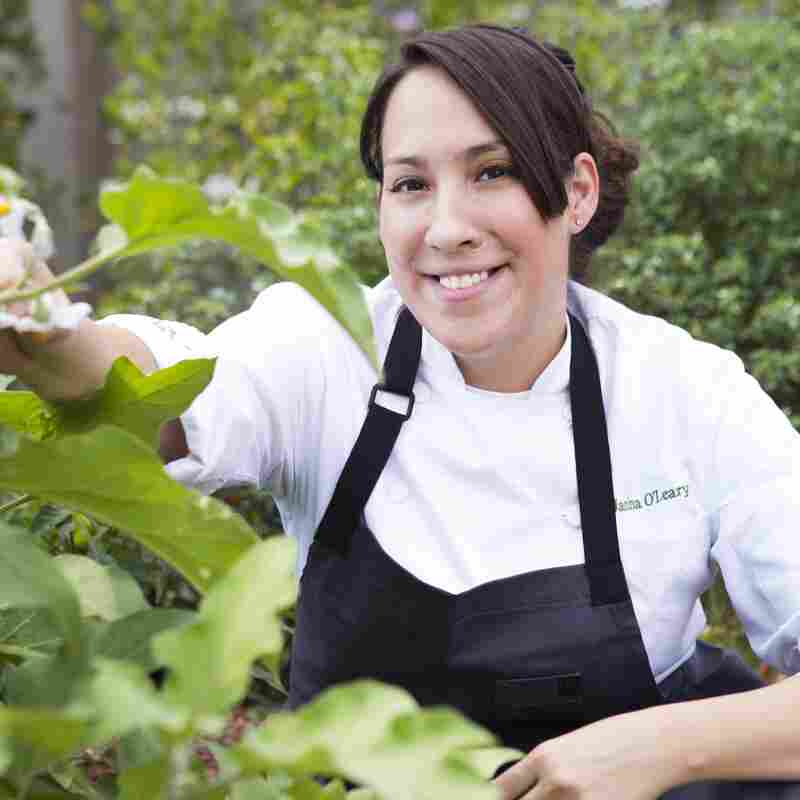 But Harris says it's still not enough. Her book analyzed over 2,200 recent articles on food and chef reviews. "They tended to talk more about men, and to talk in terms of, 'they're geniuses, and they're iconoclasts who are changing the way we eat.' But to compliment a woman they'd say, 'This is just how my grandmother used to make it.' "

I decided to venture across town to meet with a chef who is newer on the scene: executive pastry Chef Janina O'Leary. She works at La V, which specializes in French cuisine. She says because she went to culinary school to focus on pastries, most of her classmates were women. But once she joined the workforce in 2001, "I saw for myself that it was male-dominated, and I was working around like 90 percent men at the time."

But O'Leary says the industry has changed a lot since then. "I was lucky, throughout my career, that I always had somebody who I really respected, and truthfully, they weren't yellers or screamers. I mean, they were very stern. Don't get me wrong."

O'Leary says the macho rock star chef serving a steaming heap of bravado seems to be finally becoming a relic of the past: It just doesn't make for good cooking.