Accessibility links
Good Gourd! What's With All The Weird-Looking Squash? : The Salt Cinderella pumpkins just don't cut it for fall decor anymore. Squash and gourds come in all sorts of colors and sizes — and as far as consumers are concerned, the stranger, the better.

When Virginia farmer Charles Martin first got into the pumpkin game a decade ago, he started small, with a half-acre plot of traditional round, orange jack-o-lanterns. Today he grows 55 varieties of gourds, squash and pumpkins, and he's always looking for something new.

As he walks through his half-harvested patch, Martin points out an orange pumpkin covered in green bumps — the Warty Goblin. A few feet away there's a white-and-red-striped pumpkin called One Too Many. "It's supposed to resemble a bloodshot eye," Martin says, laughing. Then he spots a striped gray squash. It's a new variety a seed company is toying with, and it doesn't have a name yet — it's Experimental 133.

These colorful gourds aren't just a hobby for Martin: They're big business. In the last 30 years the amount of American farmland devoted to pumpkins has tripled, and most of those big fruits aren't filling pies. As the weather turns, the Pinterest-loving sorts among us increasingly look for odd, eye-catching pumpkins, gourds and squash to decorate homes and offices.

"Everyone wants to have the new, really cool gourd that everyone wants to buy, that Martha Stewart posts on her blog," says Adam Pyle, a horticulturalist at the United States Botanic Garden in Washington, D.C. "You have a huge demand for squash and gourds that are aesthetically interesting and different from each other. That's been popular for a while, and it's been really trendy the last few years." 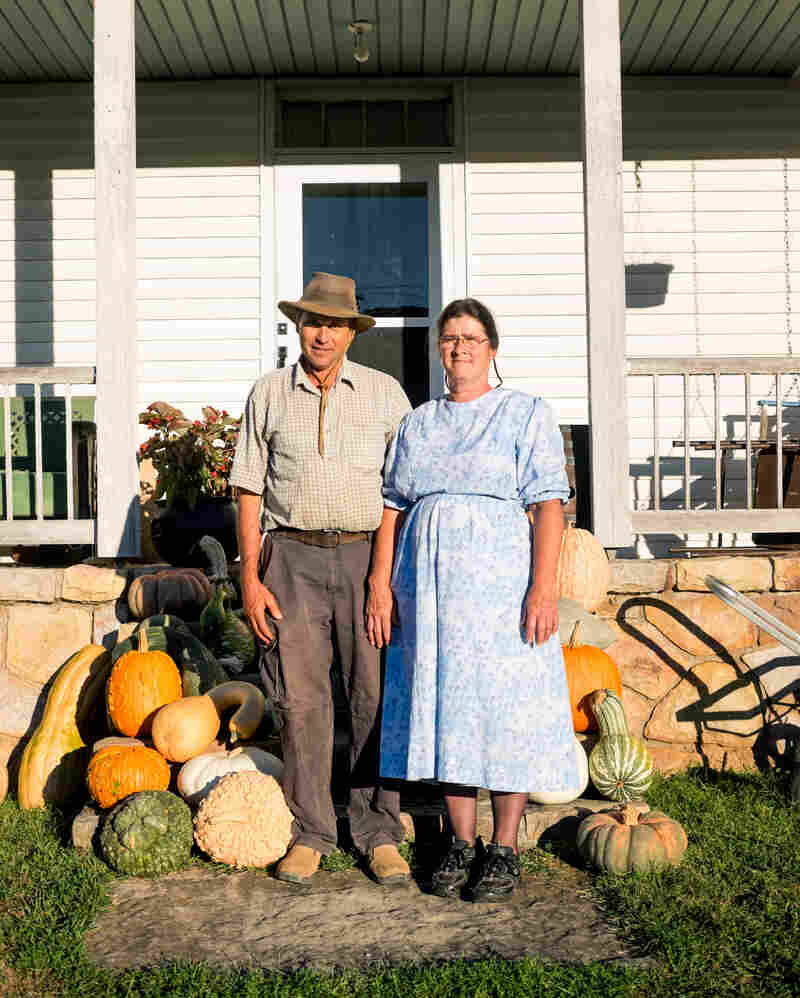 Charles Martin and his wife, Rosa, stand amidst some of their favorite gourds and squash from this year's harvest. Vanessa Rancaño/NPR hide caption

These interesting new gourds, they don't just exist — people make them. And there's nothing new about that: We've been manipulating squash and gourds to suit our various needs for around 8,000 years, when Pyle says people first started breeding them. They're among the earliest plants that humans domesticated. For millennia farmers created new varieties that tasted better, or had tougher skins that enabled them to last through the winter, or resisted disease. And now we're making them as pretty — or ugly — as possible, depending on whom you ask.

"That's the goal: to get something stranger and stranger, because that's what people want," says Bill Holdsworth, a breeder for the major seed company Rupp Seeds. That's what sells. "If they see something they've never seen before, they're more likely to buy it."

There's a reason these plants have so much decorative potential: They're super diverse genetically, and particularly ostentatious in displaying those differences, Pyle says. And that's something we don't see very often in our fruits and vegetables. We want consistency when it comes to food, but because we choose to decorate with squash and gourds, we let them show us everything they've got.

Larry Eckler, a decorative gourd breeder in Niles, Mich., has been doing this for 40 years. When he first started, he says, his gourds were pretty plain, just like everyone else's. But he's had to keep pace with demand. "You've got to move on to better and brighter and unique things," Eckler says. "That's what the consumer looks for, because they like to really decorate." His most popular variety, the trademarked Daisy gourd, is a colorful, flower-shaped little thing that took him close to 30 years to perfect. Now he has a giant version in the works.

(These words, by the way — pumpkin, squash, gourd — Pyle says they don't actually mean anything, botanically speaking. Colloquially, gourd usually refers to inedible varieties, squash to edible ones, and pumpkin is just what we've decided to call some rounded squash.)

At a produce auction near Martin's farm, truck after truck is loaded with colorful pumpkins and gourds for sale. The auction floor is crowded with competition. Buyers have come from as far as North Carolina and Pennsylvania; There are restaurant owners here, grocers and farmers market vendors, all looking for something to give their customers the look of the season. 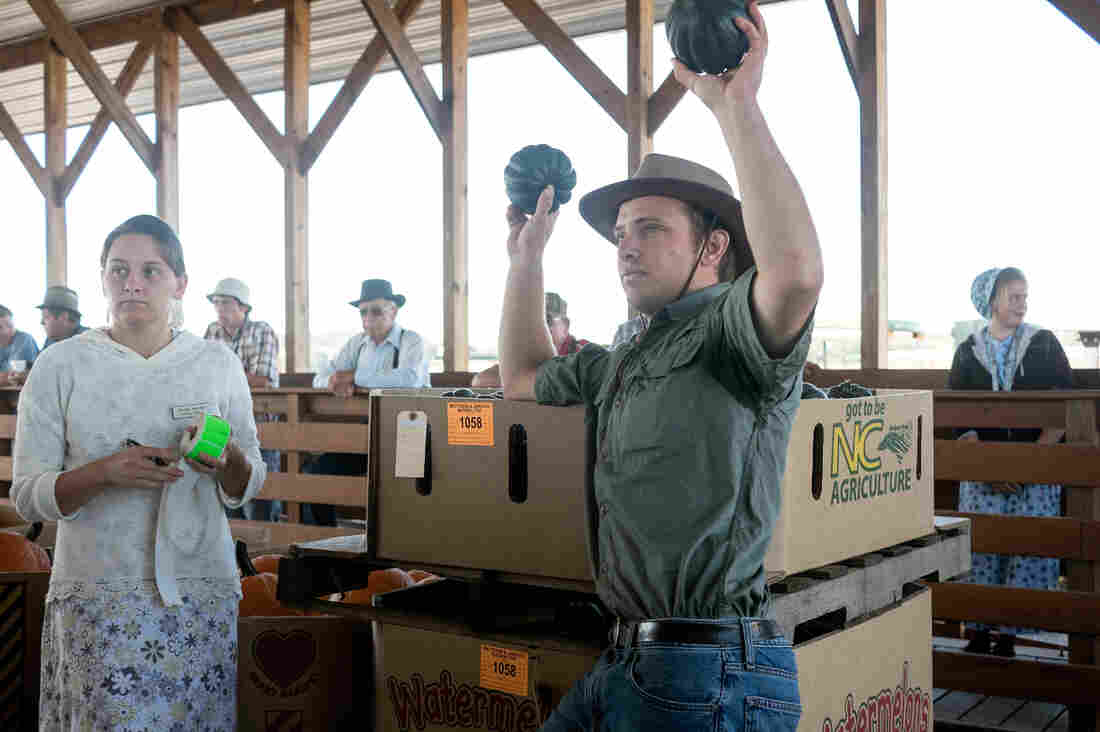 Gourds, squash and pumpkins galore are for sale at the Shenandoah Valley Auction in rural Virginia. Vanessa Rancaño/NPR hide caption

Virginia Davis is here to stock her roadside produce stand in Stuarts Draft, Va. She sells 85 different kinds of squash and gourds, and today she spends $1,800 to help her maintain that variety. She'll sell them at a 25 percent markup.

They'll end up in homes like Karen Alston's in Washington, D.C. She's a marketing executive who entertains at home a lot, and she recently paid a decorator to festoon her house with pumpkins and flowers. She says a colorful display like this is a conversation starter. "When you think of fall, you think of pumpkin, gourds and all these beautiful colors. I think it adds to the beauty of the season," Alston says. "People will be talking about this."

And farmers, like Charles Martin in Virginia, are happy to keep the variety coming. He says they give him a rare opportunity. "If you're gathering tomatoes, you want them all uniform," he says. But with these, "You want each item to have its own character. As a farmer, it's glorious fun."