Accessibility links
How 'Forbidden' Black Rice Flourished For Millennia : The Salt Once reserved for the exclusive use of Chinese royalty, black rice these days has become the darling of gourmets seeking superior nutrition. Now geneticists have traced where this rare rice came from. 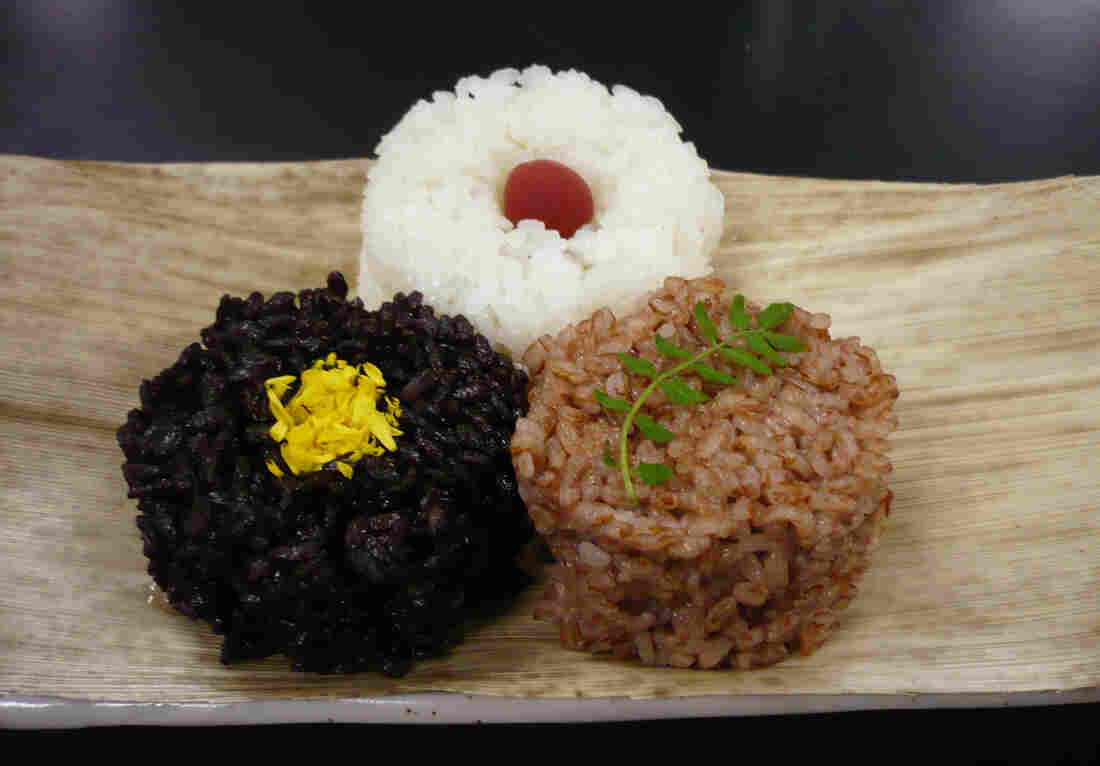 Modern, domesticated rice comes in a range of colors, usually described as white, red and black. But collectors have never found black grains in more than a thousand samples of wild rice stored in gene banks. Now geneticists have traced this rare grain's origin and spread. Courtesy of Takeshi Ebitani/Takuya Yamaguchi. hide caption 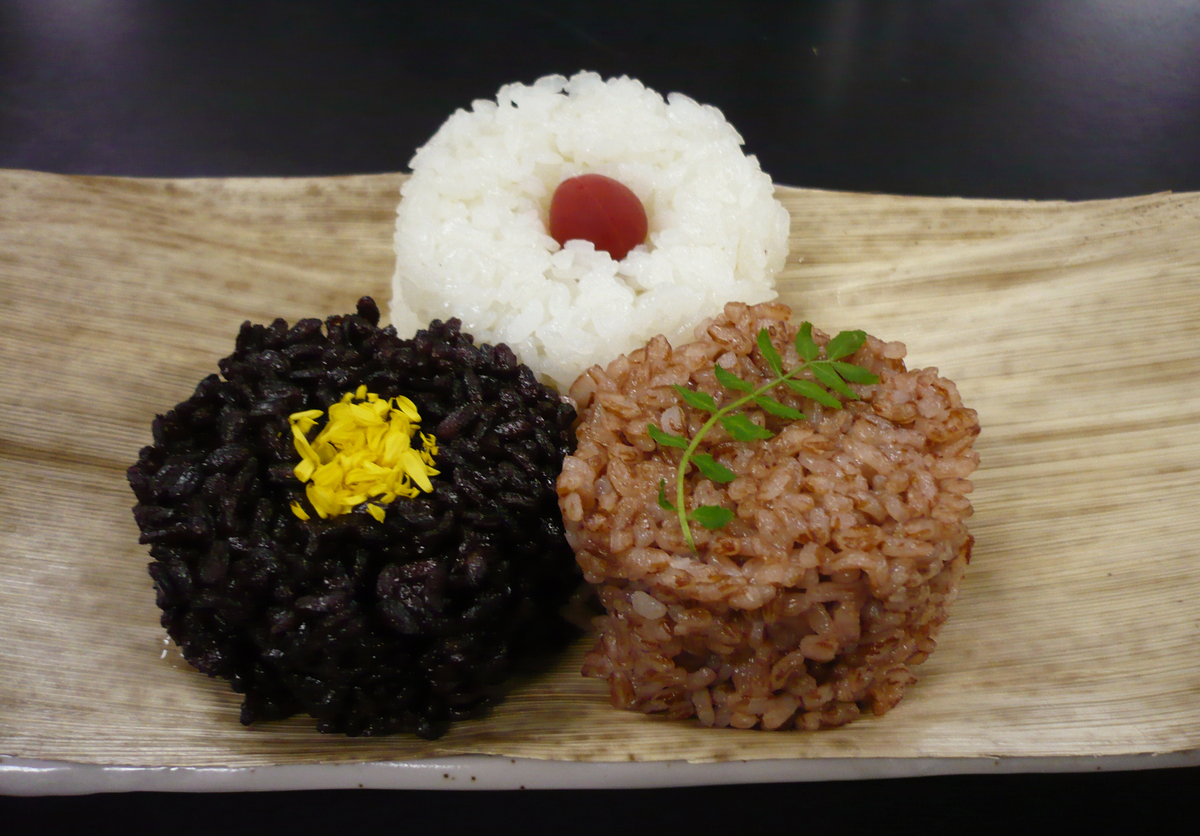 Modern, domesticated rice comes in a range of colors, usually described as white, red and black. But collectors have never found black grains in more than a thousand samples of wild rice stored in gene banks. Now geneticists have traced this rare grain's origin and spread.

In ancient China, black rice was considered so superior and rare, it was reserved exclusively for the emperor and royalty. These days the grain, also known as forbidden rice, has become the darling of gourmets and people seeking superior nutrition.

These folks are on to something: The color of black rice is the result of plant pigments called anthocyanins, which research has linked to a number of positive health effects: from anti-inflammatory properties to healthier arteries and better insulin regulation.

And now, geneticists report they've traced the birth and spread of black rice.

Modern, domesticated rice comes in a range of colors, usually described as white, red and black. The wild rice from which it was domesticated has reddish grains, but the early farmers who created the rice we eat today selected for white grains. Collectors have never found black grains in more than a thousand samples of wild rice stored in gene banks. And yet black varieties are fairly widespread, albeit sporadically, across Asia — from India to Japan — with black varieties in each of the three subspecies of edible rice.

All of which poses a bit of a problem for the origin of black rice. The fact that it has never been found in wild rice means that it must have arisen after the start of domestication. How, then, did it spread across Asia and into the different subspecies?

A team of researchers led by Takeshi Izawa, of the National Institute of Agrobiological Sciences in Tsukuba, Japan, studied 21 different varieties of black rice that had been maintained by farmers. They found that changes to a single gene cause the black coloration, by restoring the chemical pathway that makes the pigments. That pathway is blocked in white rice. The researchers also found tell-tale leftovers from one of the rice subspecies flanking the gene in the other subspecies. That suggests that black grains arose once and then spread by crossing with already domesticated varieties of the other subspecies, probably more than once.

Dorian Fuller, a professor of archaeobotany at University College London and an authority on the domestication of rice, agrees that it is highly likely that farmers selected for black grains when they showed up after accidental crossing. "Color, like fragrance, is often a target of post-domestication cultural selection — think of all the colors of maize or potatoes."

But the question remains: Just why did those farmers select black varieties? And why was black rice a tribute for the emperor?

It's tempting to believe that the ancient Chinese somehow knew black rice was more nutritious. And indeed, traditional Chinese medicine speaks of black rice as being good for old people and as a tonic. Farmers who grow black varieties also talk of medicinal effects: For example, according to Nepali hill farmers, black rice is good for you in "the maternal period." But while some cultures value black rice, in other places, such as Laos, it is viewed as nutritionally inferior to white rice.

Modern nutritional science has shown that colored rices are more nutritious than white rice, even after milling. In addition to beneficial pigments, they often contain higher amounts of minerals like iron and zinc and, sometimes, more protein, which could indeed improve the health of people who eat them.

As Julia Peterson, an adjunct assistant professor with the Friedman School of Nutrition Science and Policy at Tufts University, puts it, while some ancient peoples might have known black rice had medicinal properties, they probably weren't attributing those health benefits to anthocyanins.

Perhaps black rice was incidentally healthier, and farmers and the emperor selected it simply because it was rare and interesting. Which might also explain its popularity today.